On our way from L’Orignal to Vankleek Hill, local expert Jacques des Besquets stopped the car in several strategic spots so I could get some nice views of the bucolic fall landscapes that were stretching out in front of us. Champlain Township is an agricultural area with low rolling hills and is especially charming in the fall when the trees start turning. We also stopped at the Cassburn Cemetery and the adjoining Cassburn School which date back to the early 1900s. The school was closed in 1965, but many of the original furnishings remain. 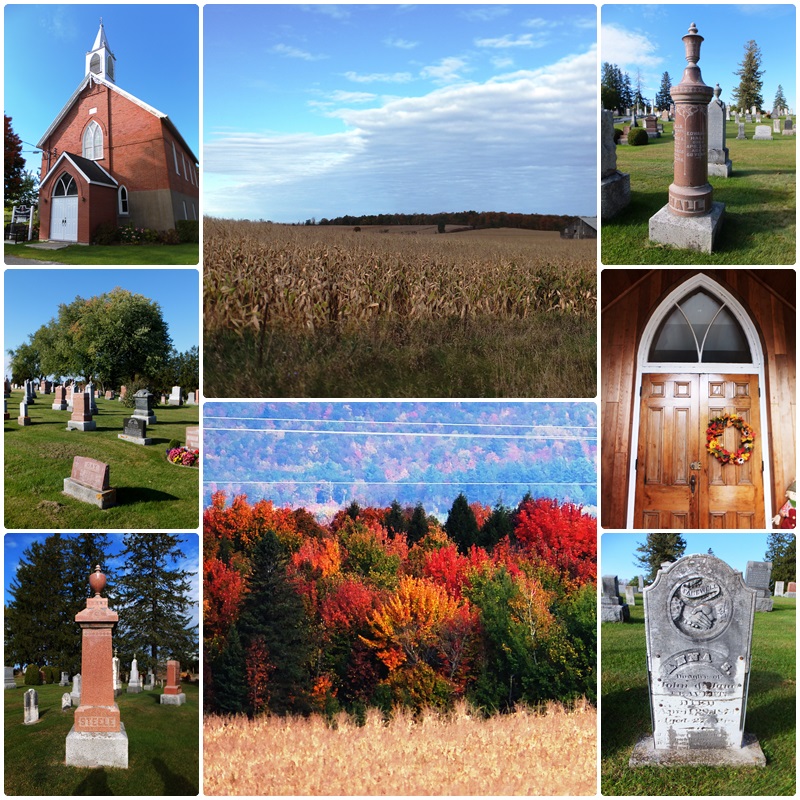 The sun was beaming down mid-morning as we entered Vankleek Hill, nicknamed the “Gingerbread Capital of Ontario”. This pretty community of about 2000 people was founded by (and named after) a United Empire Loyalist, Simeon Vankleek, who was of Dutch descent. Our first stop was at the Vankleek Hill Farmers Market which was held inside the auditorium of the recently built Vankleek Hill Collegiate Institute. Every Saturday local farmers and merchants from the surrounding area come here and offer their merchandise for sale. From organic garlic and various heirloom vegetables to glass beads and hand-blown vases, there is a wide variety of goods on offer. 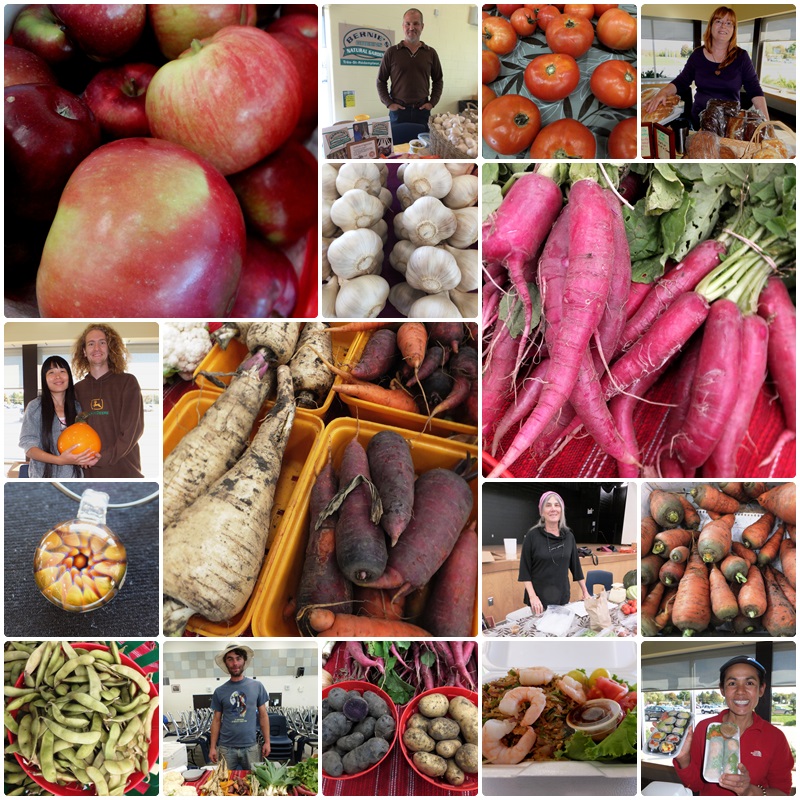 I continued my rounds at the Vankleek Hill Famers Market and admired the broad selection of vegetables, preserves, jams, breads and baked goods. Even Thai food, Jamaican patties and locally farm-raised deer and wild boar meat are on sale here. During the summer the farmers’ market is held outside the Vankleek Hill Collegiate Institute, and in the fall and winter it migrates inside, but it is open year-round. Some people come just for breakfast, which might include fresh cinnamon buns, or waffles. The market is also involved in some interesting community activities and provides a free booth to non-profit organizations for fundraising campaigns. 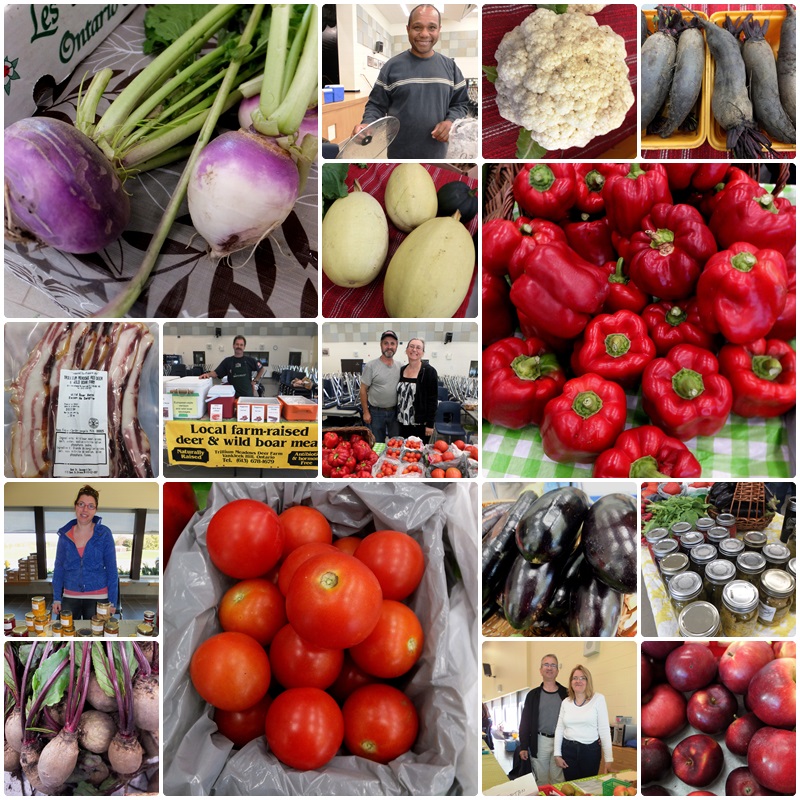 Our next stop in Vankleek Hill was one of the village’s main attractions: the Higginson Tower. Located right next to the St. John the Apostle Anglican Church, this building was originally a wind-powered grist mill, built in 1832 by an early settler, Lieutenant Thomas Higginson. Over the years, the windmill fell into disrepair until only ruins were left. Local resident Phil Arbor donated the property and the Higginson Tower Committee raised $108,000 to restore the tower and also received various grants. In addition, the local community donated more than $100,000 worth of services to make the rebuilding of the tower possible. Today the Higginson Tower offers a great view of the entire area and has become a great source of pride for the community and an iconic landmark of Vankleek Hill. 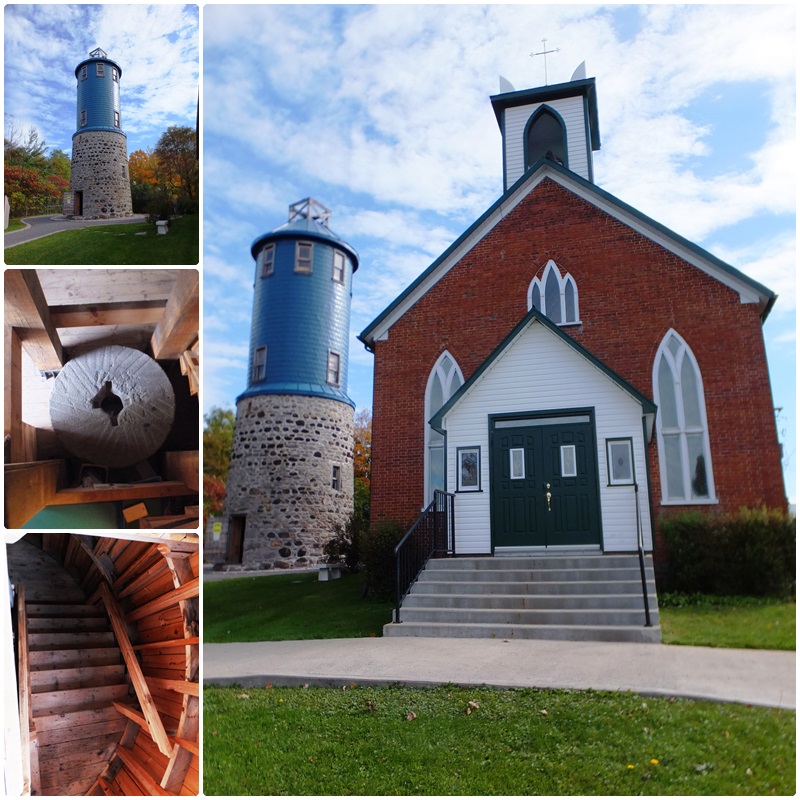 The Higginson Tower, an iconic landmark in Vankleek Hill

Just steps away from the Higginson Tower is one of Vankleek Hill’s most popular destinations: the Arbor Gallery. The Arbor Gallery – Centre for Contemporary Art is actually a registered non-profit organization and exhibits contemporary art as well as traditional fine arts. It also offers creative courses for teens and adults. During my stay I thoroughly enjoyed a large exhibition by Ottawa-based artist Ralph Nevins whose “street slitscan” photography creates truly amazing and unusual representations of streetscapes that are somewhat reminiscent of fractals. 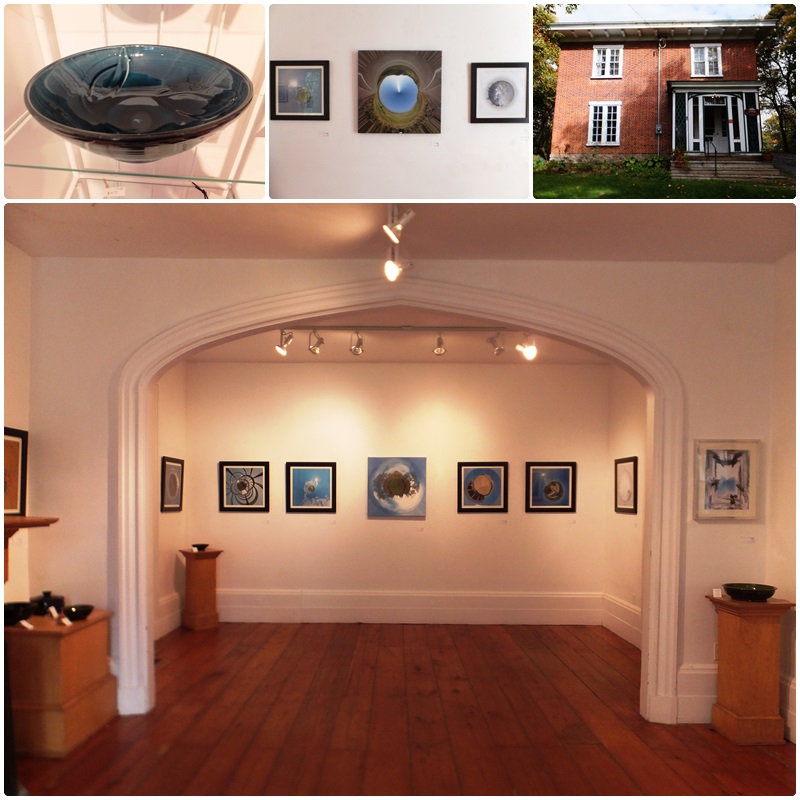 Great art at the Arbor Gallery

Then we went on a short walk to the village’s main street where we visited the Vankleek Hill Museum. Created to collect, research and exhibit objects of local history, this museum is housed in an 1834 general store and showcases items that date from 1797 until 1920. The restoration of the building itself took about 10 years. Museum President Dénis Seguin gave us a tour of this interesting museum. Among the most fascinating exhibits is a children’s shoe that was discovered inside a wall during the restoration. It had been put in the wall some time in the mid to late 1800s to ward off child death. Other exhibits include an antique checkerboard, a military uniform from the 1820s, a waitress jacket from the 1950s and many different household items from a bygone era. 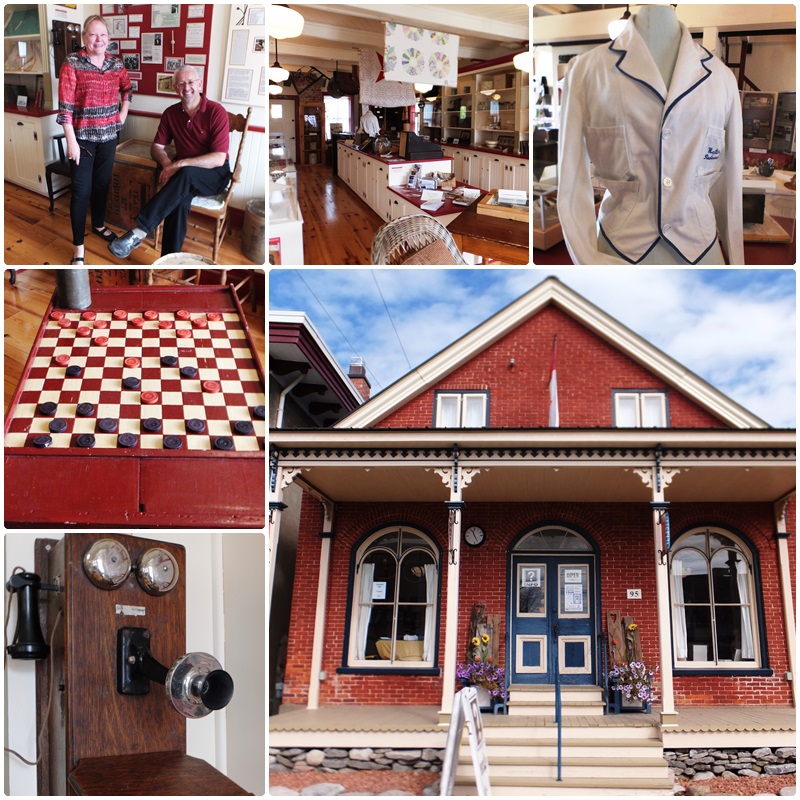 Local history on display at the Vankleek Hill Museum

We had worked up a pretty good appetite by now, so it was definitely time for lunch. So we headed to Vert Fourchette, a modern eatery that is located in a historic building on the main street of Vankleek Hill. At the front you can purchase coffee, baked goods, olive oil and other gourmet products. In the back there is an attractive sitting area for restaurant guests. This eatery has a distinctive urban feel and a great modern menu with gluten-free options, paninis, wraps, all sorts of salads, quiches, grilled dishes and house specialties. I opted for a butternut squash daily soup, followed by a delicious Black Forest ham & brie sandwich that came garnished with rosemary garlic fries (absolutely yummy). 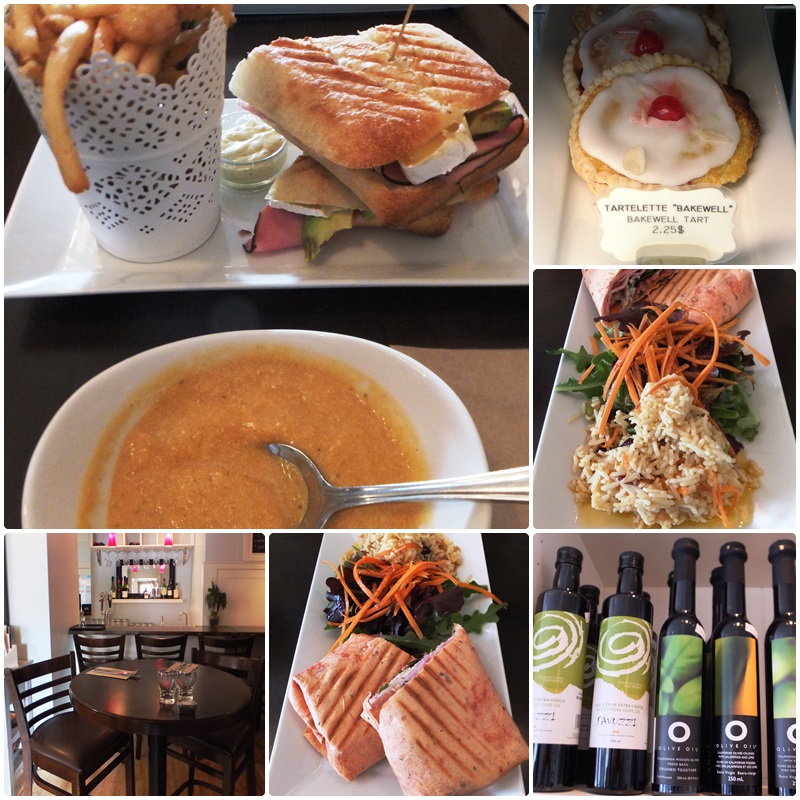 This delicious lunch had definitely prepared me for an architectural walking tour of Vankleek Hill in the afternoon.

One Response to Vankleek Hill, Ontario’s Gingerbread Capital: Visiting the Farmers Market, the Higginson Tower, the Arbor Gallery and the Vankleek Hill Museum