A Map of China: Travel to Beijing, Hong Kong, Shanghai, Macau and Guangzhou

A map of China reveals a country of stark contrasts, where ultra-modern urban skyscrapers coexist with ages old grass-roots traditions. Your holiday in China can be an exciting mix of experiences.  One of the world’s oldest civilizations, China’s official name is the People’s Republic of China. With a population of over 1.3 billion, it is the most populous country in the world. 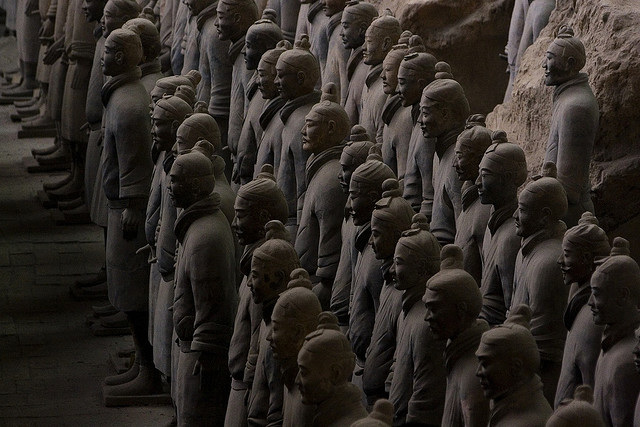 You can experience the essence of China in its bustling markets, hike along the Great Wall, explore the sacred peaks of Mount Emei, admire the more than 2000 year old Teracotta Warriors, bike through the incredibly scenic Yangshuo’s karst landscapes, dive into a bowl of Lánzhōu noodles,  and when you need to take a break from the excitement, you can soak up the sun along the sandy beaches of Haman Island. 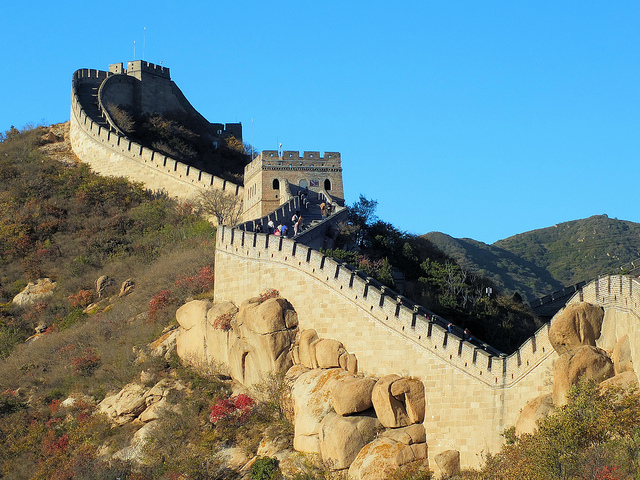 Be sure to check the weather charts before you plan your holiday in China. The weather in China can be a whirlwind of extremes. The best time to visit China is early spring (March-May) or autumn (September – November). Winter temperatures during the months of late November to March at the Great Wall of China drop to a freezing -40 degrees C; so it’s important to research the weather before you go. 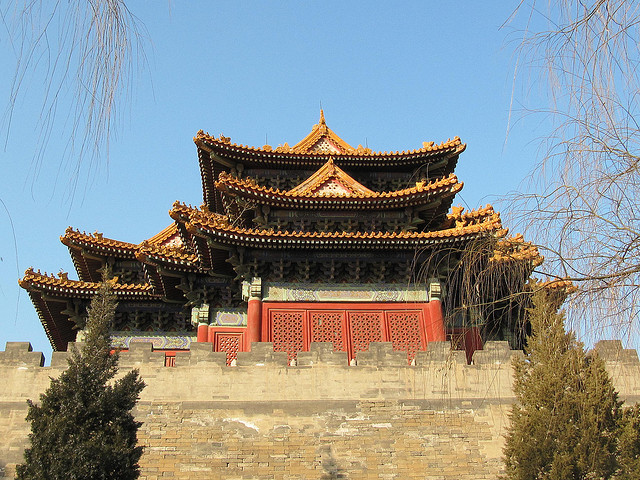 The Forbidden City in Beijing (image by IvanWalsh.com)

Now that you know when to visit, let’s get to what’s there to see and do during your holiday in China. After checking our map of China, we kick off our tour at the capital city of Beijing, one of the most populous cities in the world, which has experienced human habitation for about 230,000 to 250,000 years. History is tucked away in every corner. Begin your tour in the heart of Beijing at the famed Forbidden City, once home to the emperors of the Ming and Qing dynasties, and today’s location of the Palace Museum. Surrounding it are former imperial gardens, among which Beihai, Shichahai, Zhongnanhai and Jingshan are most notable. The area around the Forbidden City has several sites of historical importance, such as Tiananmen Square (which became infamous during the protests of 1989), the Great Hall of the People, the National Museum of China, the Monument to the People’s Heroes, and the Mausoleum of Mao Zedong. 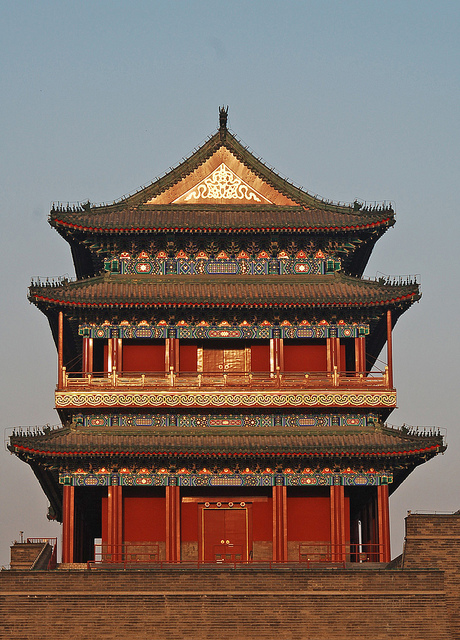 The Summer Palace, situated west of the city, and the Temple of Heaven, are UNESCO World Heritage sites.  You will need to pick your battles among sights to see in Beijing, as you have to choose from over 100 museums in the city. On the outskirts of the city are the UNESCO World Heritage sites of the “Thirteen Tombs of the Ming Dynasty” and the “Peking Man” site. A visit to the 798 Art Zone, home to a thriving artistic community, will be a unique experience ,and before you wrap up your tour of Beijing, be sure to taste the popular “Peking duck” at Beijing’s largest duck restaurant Quanjude. 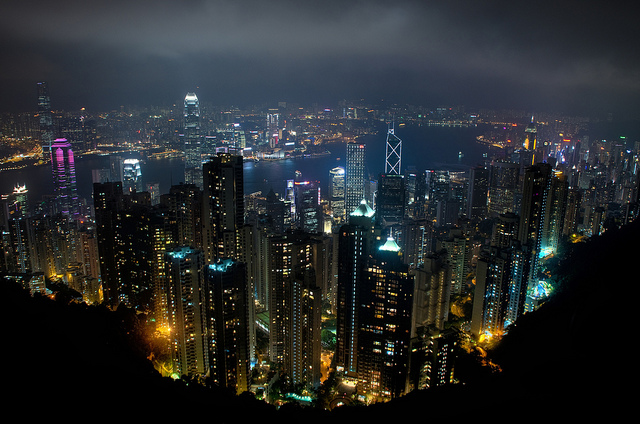 From Beijing we travel to the skyscraper capital of Hong Kong, located on China’s south coast. Boasting one of the most stunning panoramic skylines in the world, a tram ride up to Victoria Peak will offer you stunning views of the city and its harbors below. Places to visit include Ocean Park, the sun-kissed beaches of Repulse Bay, floating restaurants and an entire floating village in a fishing village called Aberdeen, 10000 Buddha statues at the Man Fat Sze Monastery, and a ride on the Central Escalator, the world’s largest covered outdoor people mover. Shop at luxurious indoor centers like Land-Central, IFC Mall, and indulge in the local flavors of Dim Sum and delightful local street snacks like fish balls on sticks, soy bean curd and wanton noodles. 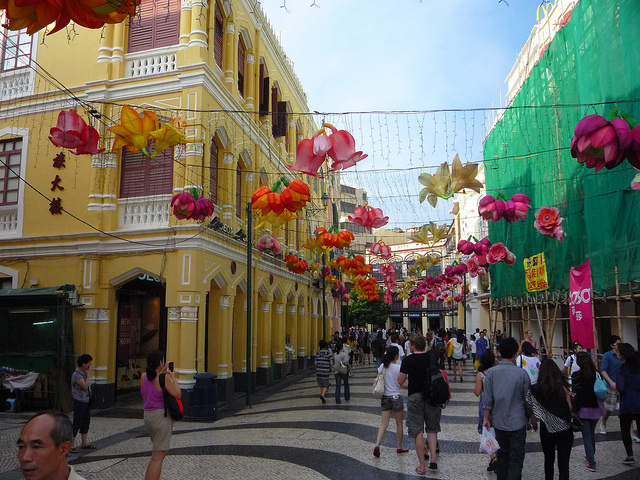 The colourful streets of Macau (image by P_Canales)

From Hong Kong we move on to our next destination after consulting our map of China.  Located to the west of the Pearl River, Macau is our next stop. A city best known for its blend of European and Chinese cultures, the ruins of the church of St. Paul, the historic Portuguese-constructed Guia Fort, Taipa House Museum, A-Ma Temple, the statue of the Bodhisatta Avalokitesvara, Macau Tower and Cotai, known as the “Las Vegas strip of the East”, are places well worth a visit. Do not leave Macau without trying your hand at gambling at the popular “City of Dreams” casino. 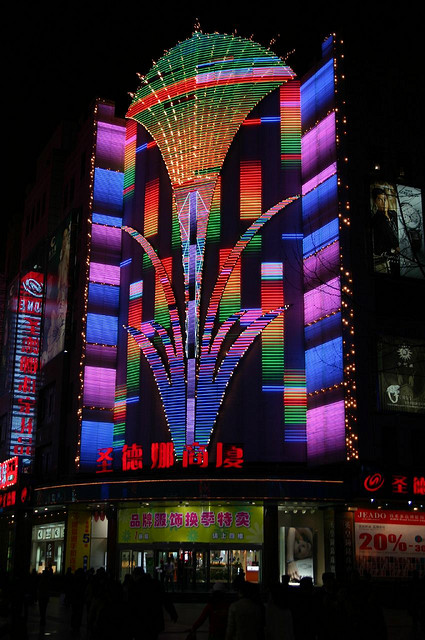 Our next stop is the “Port of the Sea” – Shanghai. Home to one of the largest seaports and commercial centers of China, Shanghai has a wealth of interesting sights to visit. Must-see destinations include, for example, the Jade Buddha Temple, Yuyuan Garden, the Bund waterfront entertainment district, the Shanghai Museum, the Huangpu River, the Shanghai M50 Creative Garden with its edgy galleries, Donghai Bridge, the central People’s Square, Jin Mao Tower, Chenghuangmiao (Old Street, a popular shopping area) and the Oriental Pearl Tower. 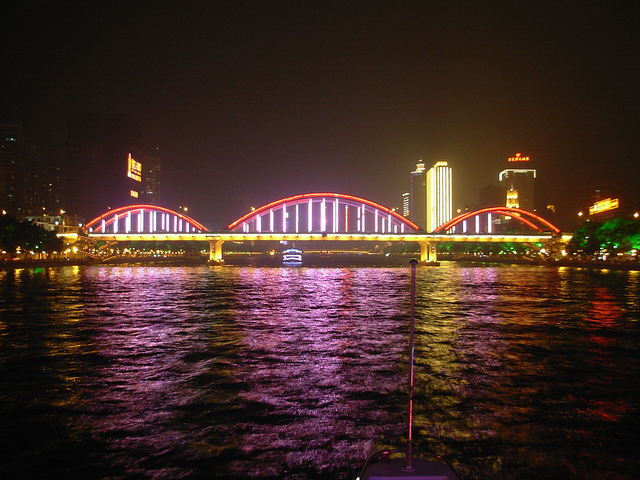 For the traveler looking to go off the beaten path, a visit to the rice terraces of Longsheng, the serene sights of the Li River at Yangshuo County, a trek up the Tiger Leaping Gorge and bungee jumping in Macau are great bets. A visit to Guangzhou, located on the Pearl River, is also worth your time. The Temple of Five Mortals, Quingping Market, Guangxiao Temple, Yuexiu Park, the Orchid Garden, the City Museum, and the Cathedral of the Sacred Heart are a must visit.

With so many experiences captured from behind the lens of your camera and in the gallery of your mind, your holiday in China will surely open up your taste buds to a whole new exotic travel experience. 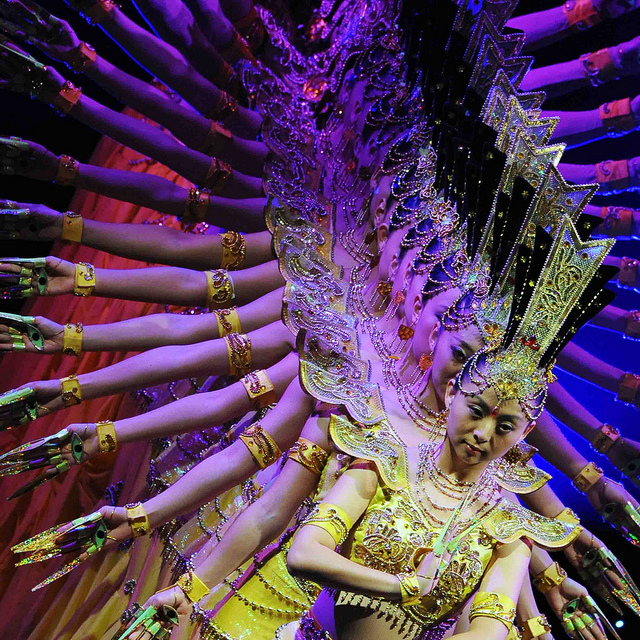