Bolzano – The Capital of South Tyrol

Bolzano, also called Bozen in German, is the capital of the German-speaking South Tyrol region of Italy. With a population of over 100,000 people, it is also the largest city in South Tyrol. Bolzano has a long history and was already settled in pre-Roman times. In the medieval era, it became an important trading point along the Augsburg – Venice trading route. Between 1363 and 1919, Bolzano was part of the Habsburg monarchy. After the loss of World War I, South Tyrol was annexed by Italy against the will of the native German population and from 1926 onwards, Bolzano in particular was subjected to a policy of forced Italianization which even led to some minor terrorist plots in the 1950s and 1980s. Today, the city is a much quieter and more peaceful place and together with Innsbruck, Bolzano is the main city of the Euro Region of Tyrol – South Tyrol – Trentino. 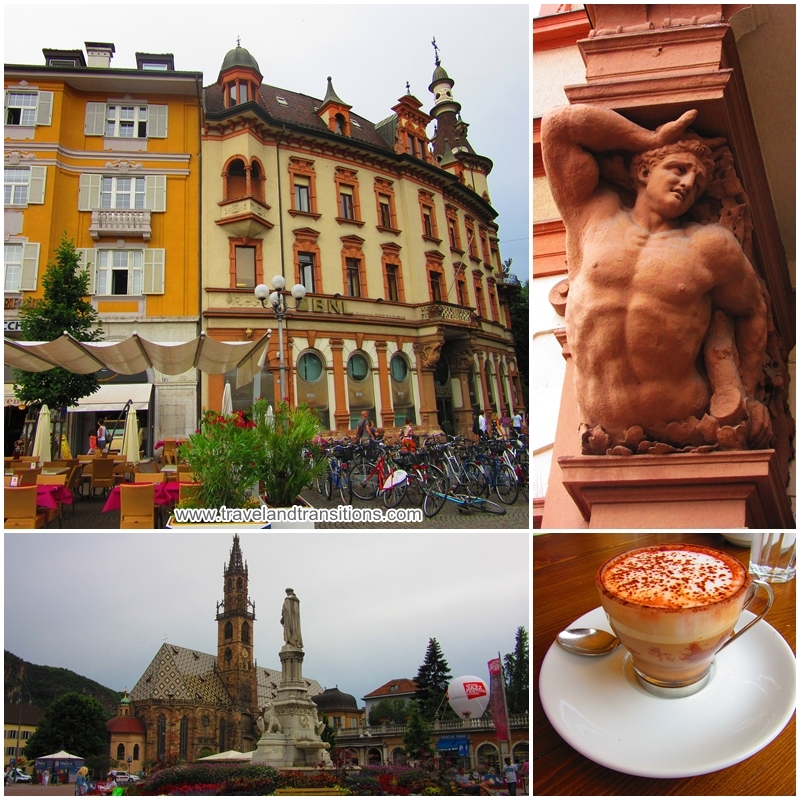 For many years, Bolzano has been an important tourist destination. Among the main sights is Walther Square, which features a statue of Walther von der Vogelweide, a medieval German minstrel. Also a popular destination is the Laubengasse or Via dei Portici, a retail street with medieval arcades along its 300 metres of length. The Cathedral of Bolzano was started in the late 12th century and completed in the early 16th century and holds an important place on the main square of town. The Fruit Market Square is one of the oldest squares of Bolzano and is still home to the city’s fruit market today.

Other important churches include the Old Parish Church of Gries, the Chiesa dei Domenicani (the Dominican Church) and the Benedictine monastery of Muri Gries. Several castles in the area include the castles of Maretsch, Runkelstein and Firmian / Sigmundskron. A triumphal arch called the Victory Monument was built on the order of Benito Mussolini in 1928 which is still a point of contention between the Italian and German speaking communities of Bolzano. A fence protects it against defacement. 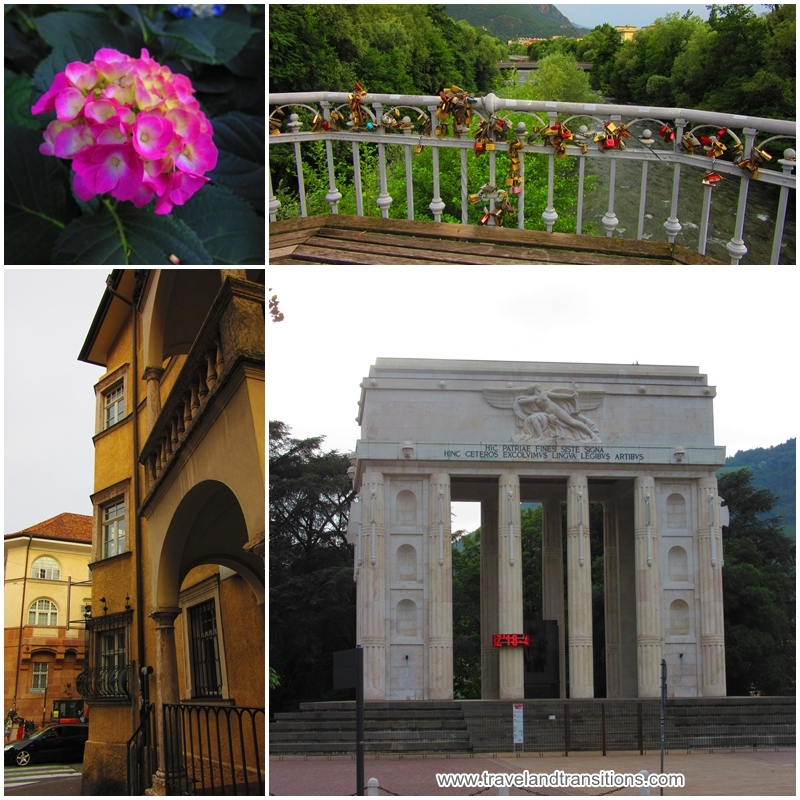 The Victory Monument in Bolzano

Bolzano has several important museums: the South Tyrol Museum of Archeology is home to the famous Iceman Ötzi, a well-preserved natural mummy of a mountain man who lived around 5300 ago. The Museion is a museum for modern and contemporary art while the South Tyrol Museum of Natural Science explains the geological origins of the region. The Messner Mountain Museum Firmian was founded by World-famous South Tyrolean mountaineer Reinhold Messner and focuses on the subject of man’s encounter with the mountains.

Bolzano has an active cultural scene that is celebrated by organizations such as the New City Theatre, the Haydn Concert Hall, the Kulturhaus Walther von der Vogelweide – the biggest German-speaking theatre in South Tyrol, the Cristallo Theatre – featuring Italian performances, and several other theatres. The Bolzano Festival Bozen offers classical music while Transart showcases contemporary music and arts. Bolzano Danza – Tanzsommer Bozen is a dance and ballet event held during the summer time. The International Jazz Festival Bolzano-Bozen is also an important summer event while Wintermezzo is a Richard Strauss festival that is held in January. Bolzano also has one of the most important Christmas markets in Central Europe.

With its pleasant climate and its stunning location among the South Tyrolean mountains, Bolzano is a fabulous destination and a great home base for exploring South Tyrol. 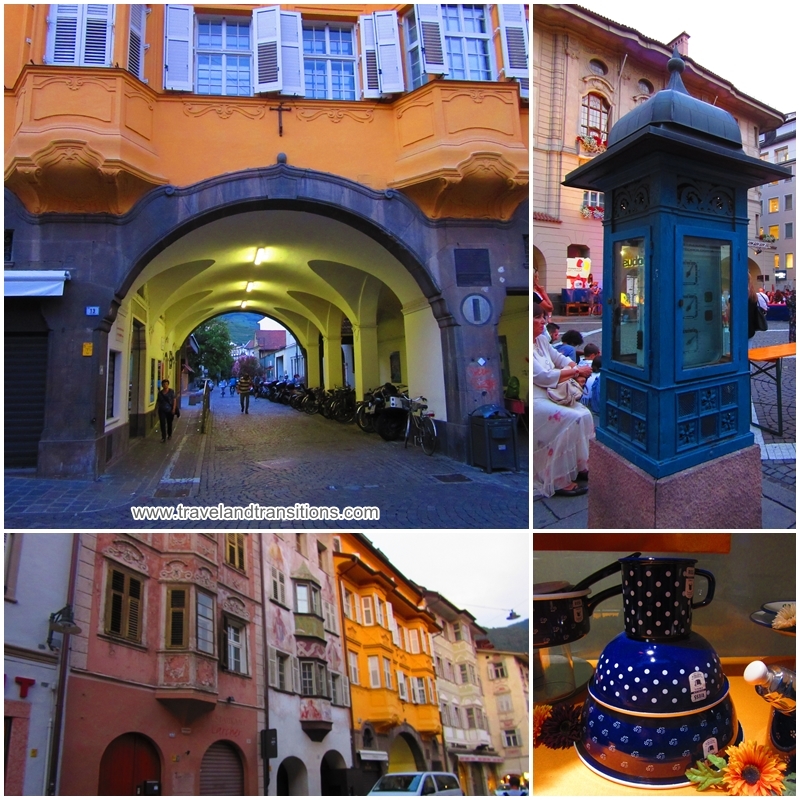 Bolzano is full of picturesque nooks and crannies