Before we got ready to leave for New York City on the morning of August 30, 2015, I embarked on a quick walk through Haines Falls, a cute mountain top town in the Catskills Mountain region. Just east of the Twilight Lodge, where we had spent the night, is a small road that takes you to a bridge over Kaaterskill Creek. A stone bridge crosses the creek which tumbles down a waterfall just a few metres away. The hamlet of Haines Falls has always been a tourist town and was near the site of the renowned Catskill Mountain House, the Kaaterskill Hotel and the Laurel House, all famous hotels from the 1800s. 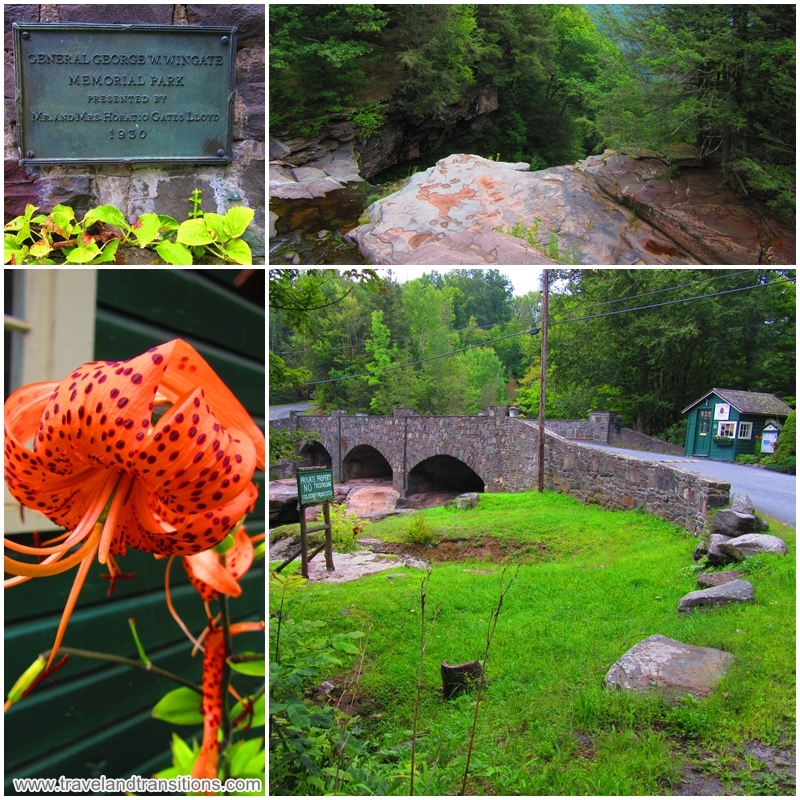 As I continued to explore the eastern part of Haines Falls, I came across the Twilight Park Historic District, a historic district that contains more than 100 contributing structures. Two resort communities were built here in the late 1800s which were merged in 1935. The first cottages were built here in 1887 at a time when the Catskill Mountains experienced a surge in popularity. But tourism in this area had started even earlier: the Catskill Mountain House, a nearby property, was built in 1824 but was unfortunately destroyed in 1963. 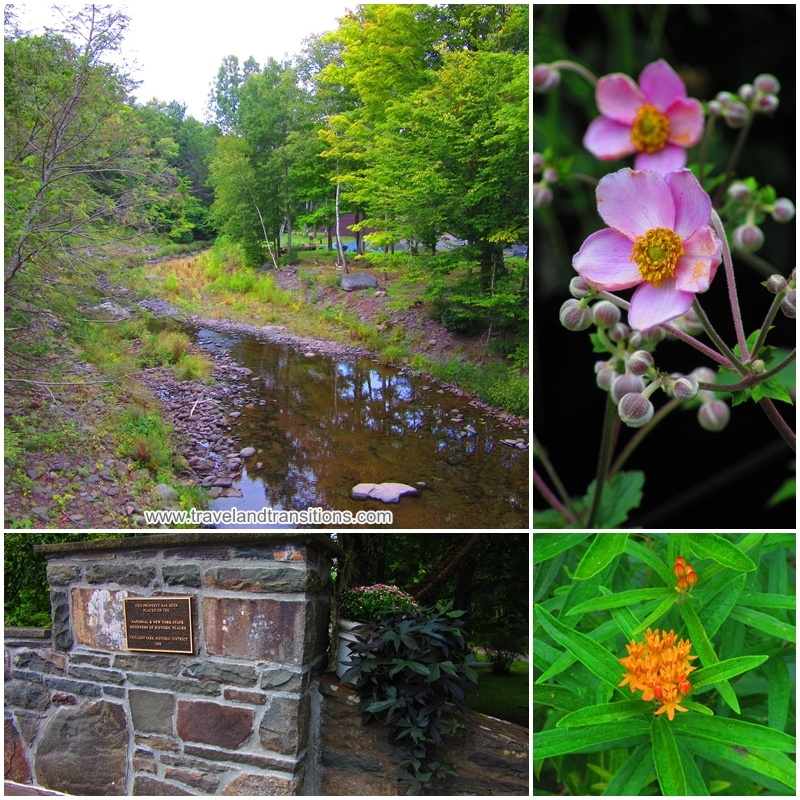 From the Twilight Lodge in Haines Falls I walked eastwards down the mountain, constantly making sure I was safe from the many cars that were coming down the hill. Haines Falls is the first mountain top town in the Catskills along Highway 23A which snakes its way along Kaaterskill Clove, a deep gorge that was formed by Kaaterskill Creek about one million years ago. Along the way I admired the dark rocks and stopped at an overlook from where I enjoyed a great scenic vew of the gorge. 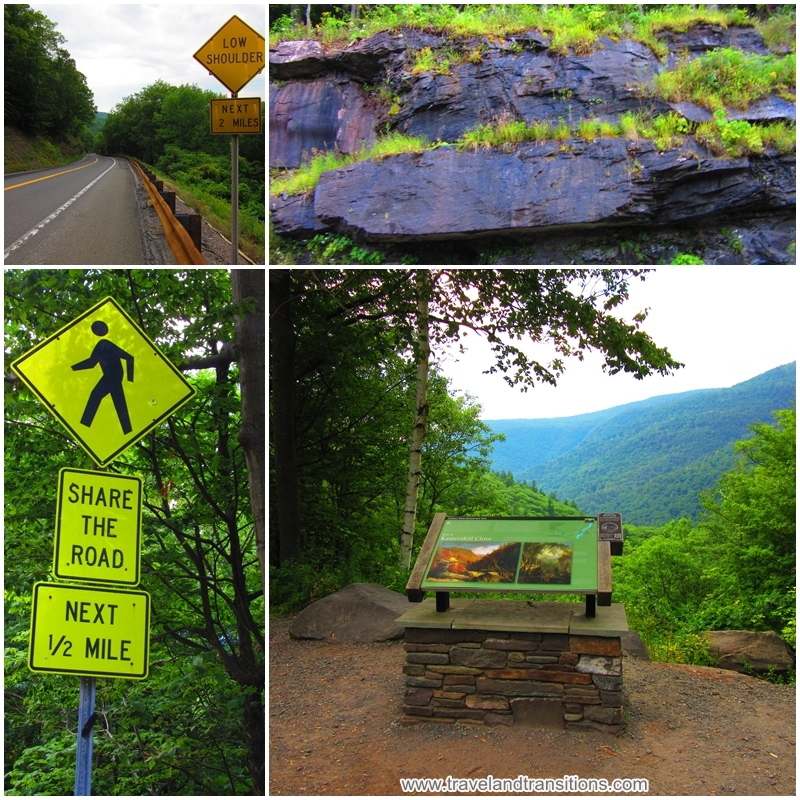 A hike next to the Kaaterskills Clove

From here, I walked all the way down to the beginning of the Kaaterskill Falls Trail. I looked up the steep rocky trail and realized that with a still injured ankle it wasn’t a great idea to embark on a climb on such uneven terrain although it would have been nice to see this two-drop waterfall. Both cascades together measure 260 feet or almost 80 metres in total height, making it one of the tallest waterfalls in the Eastern United States. 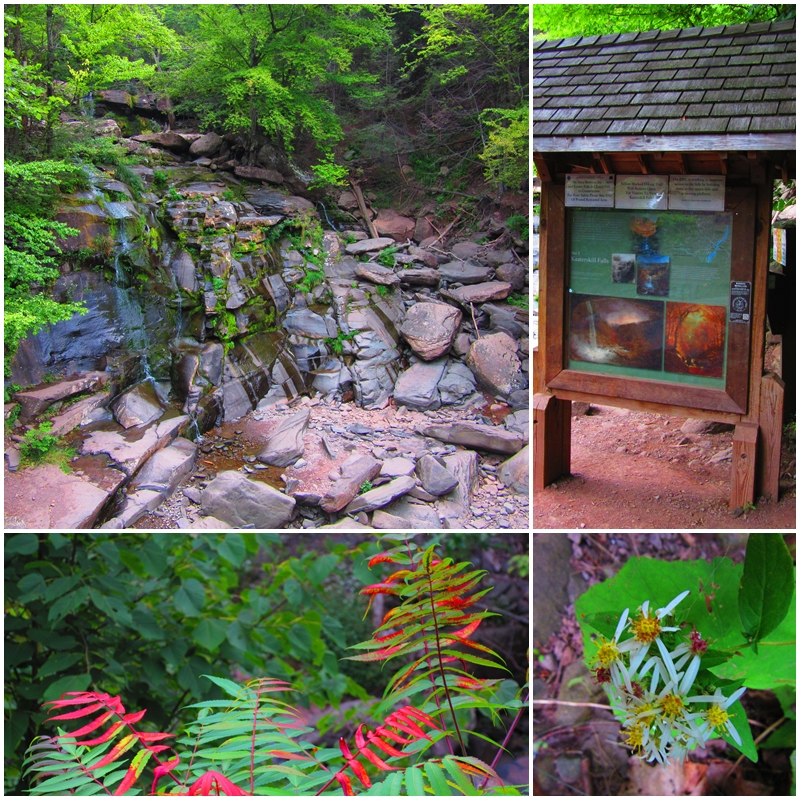 The entrance to the Kaaterskill Fall Trail

On the way back up the mountain towards Haines Falls, I took a few more pictures of nature at the Kaaterskill Clove, this impressive gorge in the Catskill Mountains. With its scenic panoramas, this mountain region provided inspiration to the Hudson River School of Arts. Artists like Thomas Cole first made the difficult trek up Kaaterskill Creek in the 1820 when he was only surrounded by rugged wilderness. The Hudson River School, a mid 19th century American art movement, encompassed great landscape painters that were fascinated with the Catskill, Adirondack and White Mountains. 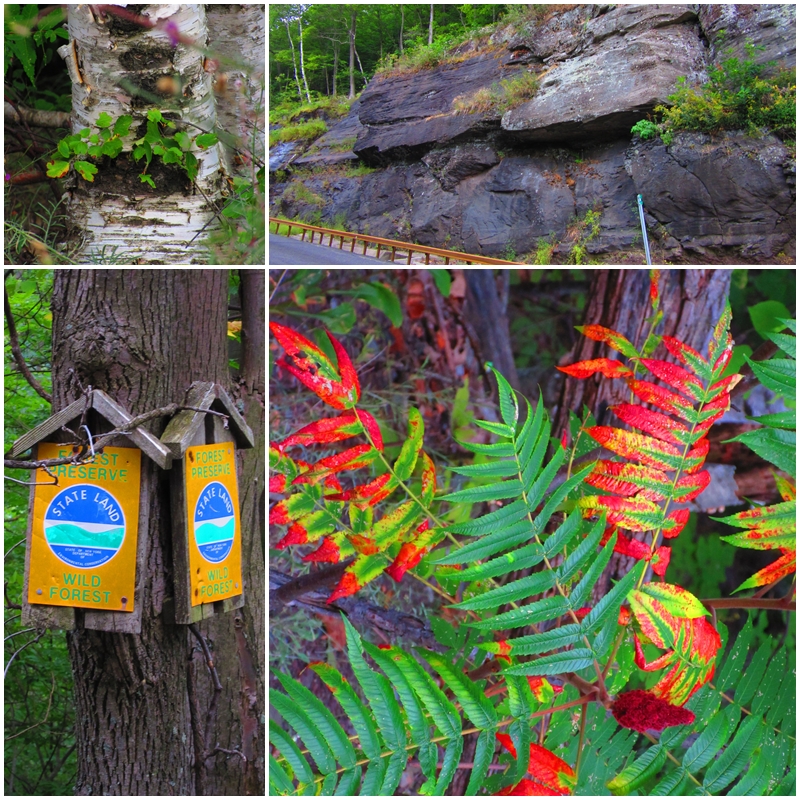 Kaaterskill Clove, a natural gem in the Catskill Mountains