Niagara Falls Attractions: A Winter Walk around the Fallsview Area

Having left the tropical refuge of the Niagara Falls Butterfly Conservatory behind, winter had fully engulfed me again. In the late afternoon of a freezing day in mid-February of 2015 I was ready to brace the cold and experience Niagara Fall’s personality in the winter. Railings and lamp posts were coated with ice on the side that is facing the thundering waterfalls. As it began snowing, the white beams of the Illumination Tower were stretching their feelers into the darkening evening sky. 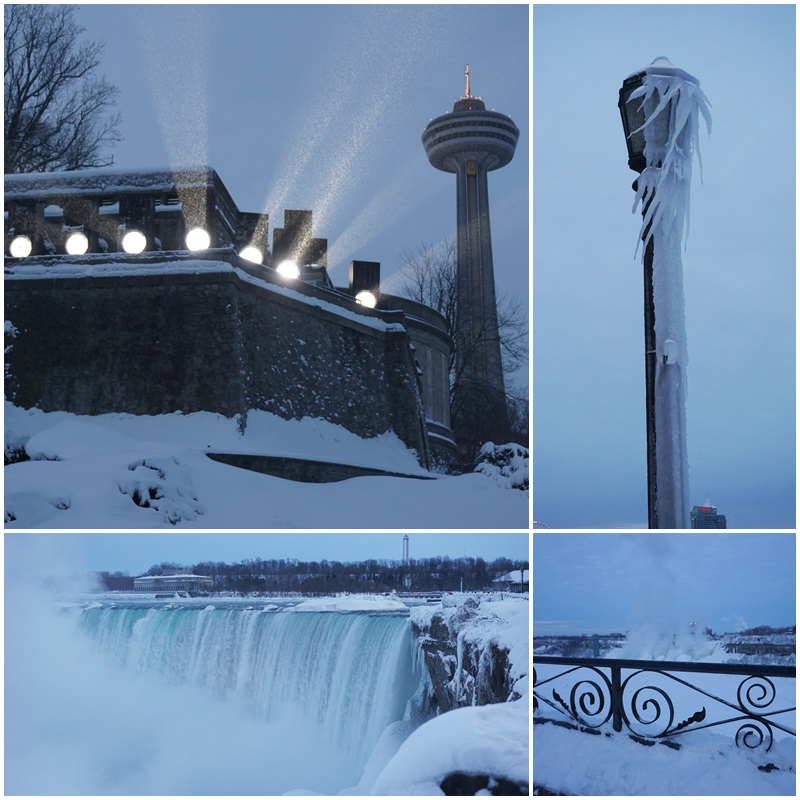 The Horseshoe Falls have a special appeal in the winter

After my wintery visit to the Horseshoe Falls I walked up Murray Street, the main street that connects the Fallsview area with the boulevard along the Niagara River. Once at the top, I was greeted by the bright lights and illuminated fountains of the Fallsview Casino, the biggest entertainment complex in Niagara Falls. 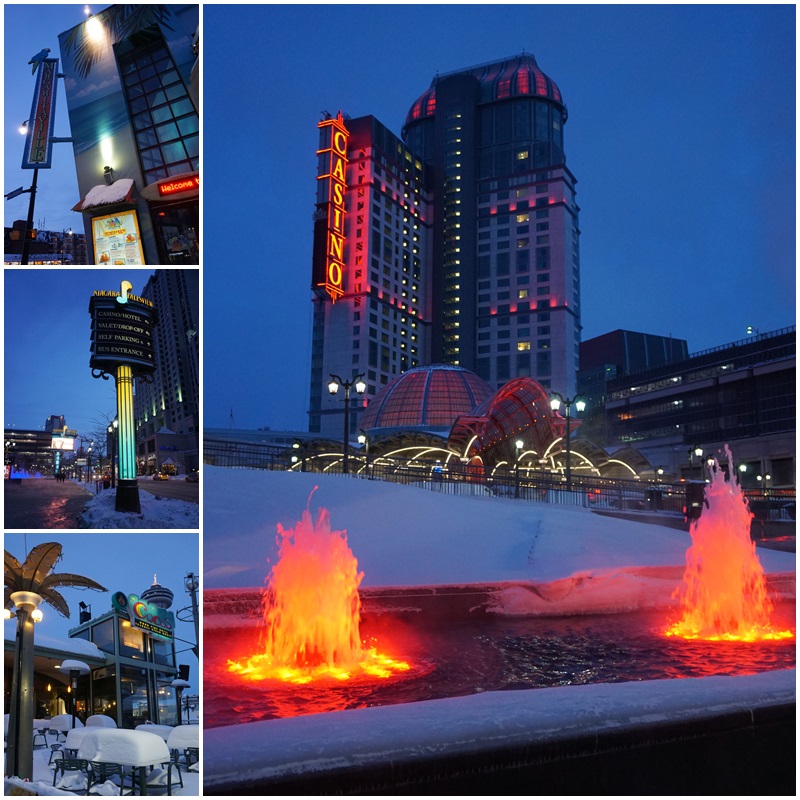 Murray Street leads up to the Fallsview Casino

On a long day of discoveries on this frigid day, I finally had a chance to go for dinner. As I had reached the Fallsview area I had a look around and decided on the Mercato Market Café that is located inside the Hilton Niagara Falls Hotel. In addition to Starbucks coffee and Yogurty’s frozen treats, this eatery also serves pizzas by the slice and other quick meals. I settled in with a tasty quesadilla and reflected on the many things I had seen on this day. 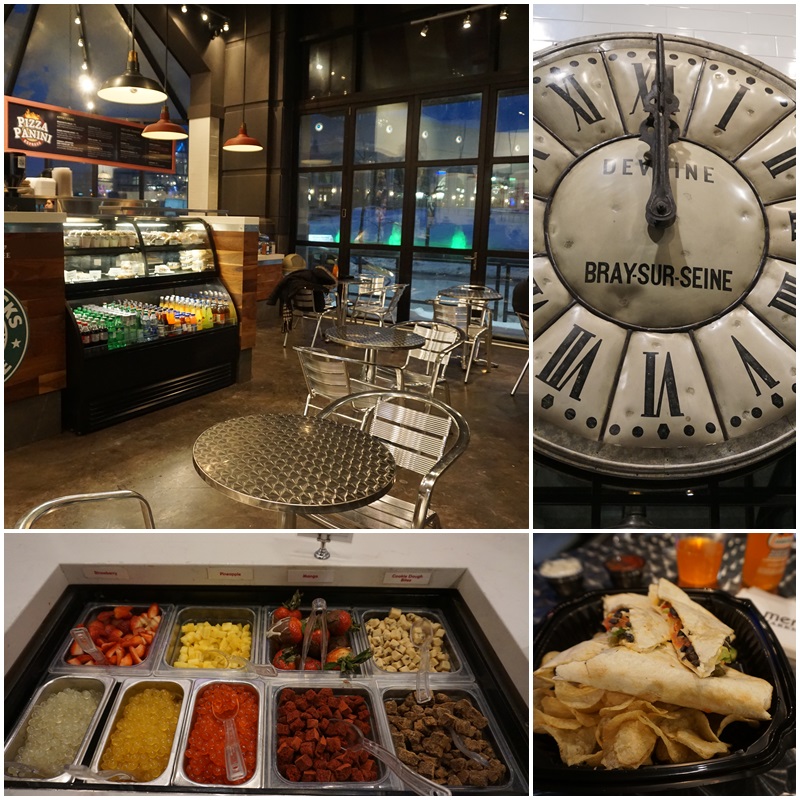 The Mercato Market Cafe, an eatery in the Fallsview area

After dinner during my most recent Niagara trip I checked out the Hilton Niagara Fallsview Hotel which features an ultra-chic lobby and six restaurants, including the Brasa Brazilian Restaurant, the Pranzo Italian Grill, the Watermark, the Mercato Café where I had dinner, the Grand Caffe Breakfast Buffet, the Spyce Lounge and the Myst Lounge. 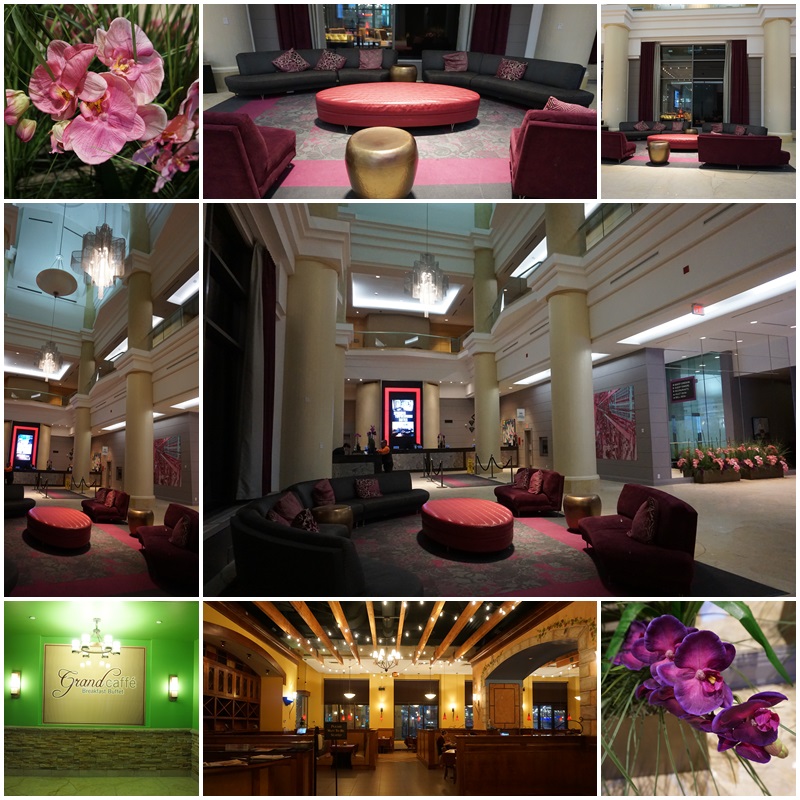 It had been a long and cold yet enjoyable day of discoveries in Niagara Falls. After dinner I walked back past the lit-up fountains of the Fallsview Casino, looked down snowy Murray Street with its winter decorations and settled in for a cozy night at the Quality Inn, a comfortable yet reasonably priced hotel just a few minutes away from the big waterfalls that has been recently renovated. 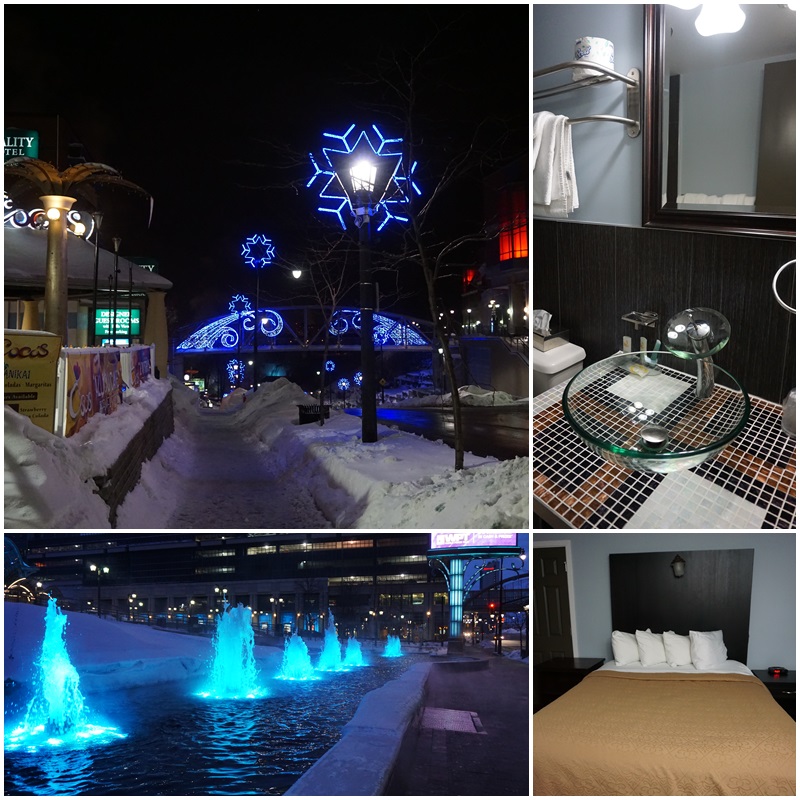 A night-time-walk in the Fallsview area

I needed to catch a good rest because on the following day I was planning a visit in Niagara-on-the-Lake.