In the morning of February 17, 2013 our Caravan tour of Costa Rica had come to an end and most of our friends left for the airport. Now it was time to check out San José, the capital of the country. Located at an altitude of 1,150 metres (3,800 feet), this high-altitude city is located in a huge valley and surrounded by a series of mountains, some of which are still active volcanoes. More than 2 million people live in the greater San José region, which represents about half the population of the entire country. 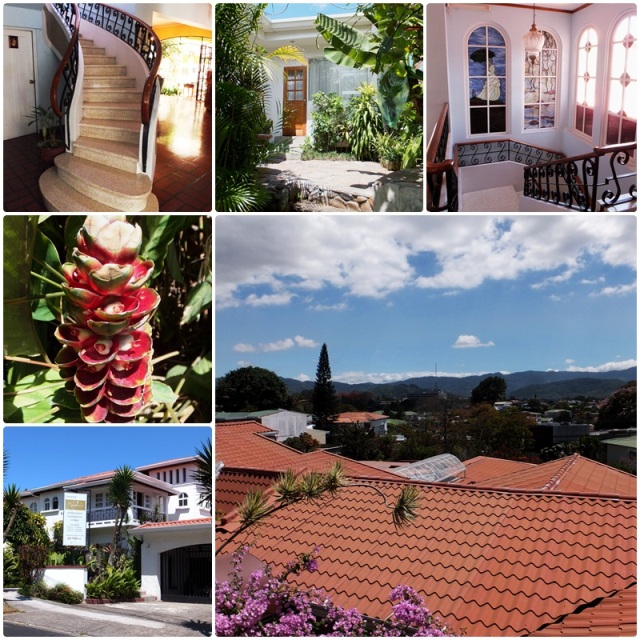 After our 10 day tour of Costa Rica, we had two days left in San Jose and took a taxi to the Hotel Bergerac, our home for our final two days in this tropical country. This charming small hotel is set in a gorgeous tropical garden and offers a phenomenal view of the mountains surrounding Costa Rica’s capital. 25 comfortable rooms are all part of a mansion that used to be owned by a French family, hence the French name. The young gentleman at the front desk was very friendly and patiently answered my questions about things to see in the city and excursions outside of town.

We checked into our room on the second floor and were astounded at the gorgeous view from our balcony of San Jose and the surrounding mountains. The garden surrounding Hotel Bergerac abounds with tropical flowers and plants and has several hidden away sitting areas. The outdoor breakfast area was also surrounded by lush tropical foliage and we were very happy with our accommodation choice for our last two nights in San Jose, Costa Rica. 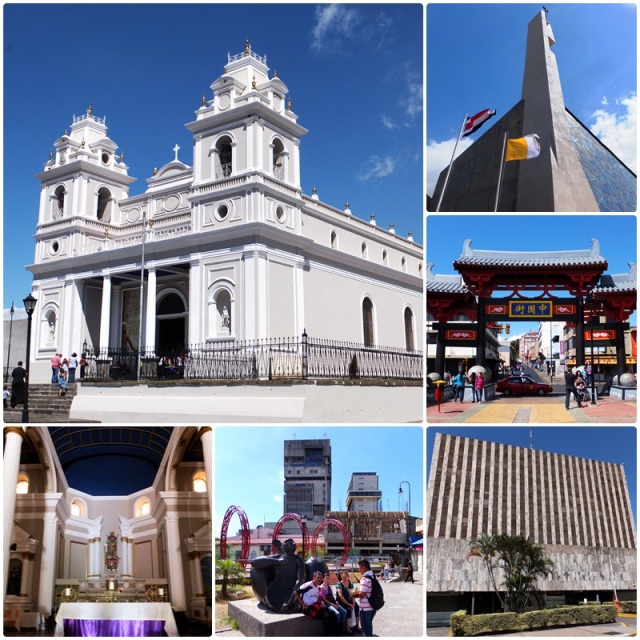 Our walk to downtown San José

By about mid-day we were ready to explore the city. From the Hotel Bergerac it was only a 20 minute walk to downtown San Jose. We walked past the ultra-modern Templo Votivo del Sagrado Corazon, and the brutalist-style Supreme Court Building, both examples of some of the modern architecture in San Jose. A few minutes farther and we arrived at the historic  La Soledad Church in the heart of San Jose’s “barrio chino”, the youngest Chinatown in the world.

The Chinatown of San José is a very recent venture and a testament to the close political relations between Costa Rica and China, which contributed $1.5 million to the construction cost. It spans an area of 12 city blocks between 2nd and 14th Avenue, was created over a 10-month period and opened in December of 2012. An arched Chinese entranceway marks the entry into the Barrio Chino.

From here we continued our walk on a pedestrian street into the downtown of San Jose, Costa Rica, where we were going to see two of San José’s main attractions: the Gran Hotel Costa Rica and the adjacent Teatro Nacional.