A Trolley Tour to Get Acquainted with San Miguel de Allende

After a restful night I started my first full day – March 1, 2014 – in San Miguel de Allende with a nice breakfast that my hostess Bertha had prepared. We sat down together and Bertha told me a bit about her favourite places in San Miguel. Then she explained to me how to take the local bus to get downtown from the Las Brisas neighbourhood. The municipal bus is the least expensive way to get around as each ride costs only about 50 cents while most local taxi rides cost between about $3 and $5.

The ochre, orange and yellow houses of the historic centre were coming into view. The bus driver pointed out where I had to get off to reach the town’s center and by mid-morning I was walking up the Calle Correo to get to the main square – El Jardín, which is towered over by the “Parroquia de San Miguel Archangel” – the Parish Church of the Archangel Michael. With its Neo-gothic façade carved out of pink sandstone, this church is one of the most photographed churches in all of Mexico. I snooped around a bit on the main square before I decided to go on a sightseeing trolley ride through town. Taking a tourist trolley is often one of the best ways to get to know the lay of the land in a new destination, and I was definitely looking forward to getting a quick overview. 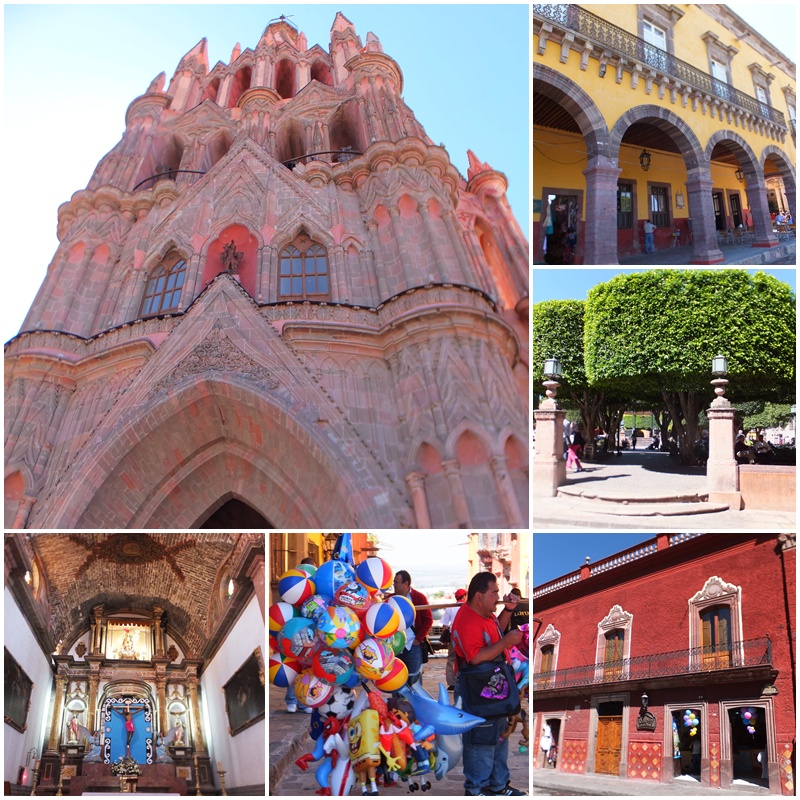 At 64 pesos (about $6), the trolley tour provides an affordable introduction to San Miguel and takes you past some of the most important destinations. Our English and Spanish speaking guide provided us with lots of information and data about the various personalities that have shaped San Miguel, which include people like Ignacio Allende, who was born here and became one of Mexico’s heroes in the fight for independence from Spain. The colourful colonial architecture is absolutely amazing. About half-way through the sightseeing tour we stopped at El Chorro, which is the town’s water supply and also the location of a public laundry area. Two local ladies were hand-washing clothes in the stone troughs, an old ritual that is still practiced today. 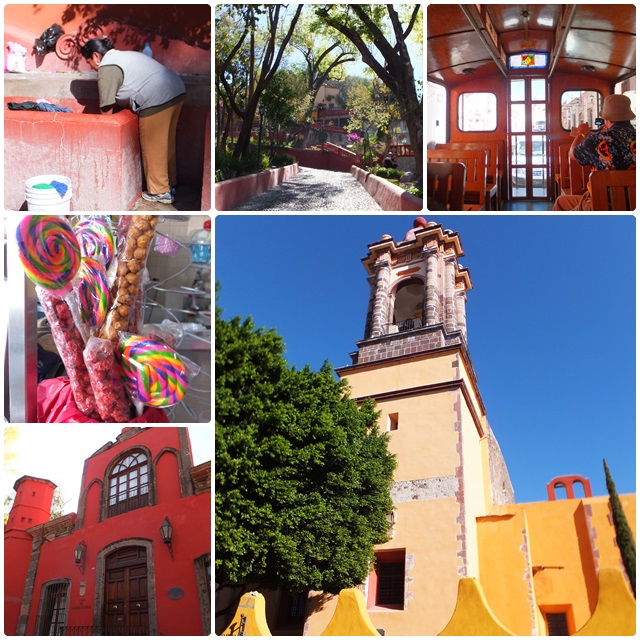 Some women still handwash their clothes in San Miguel

Then our trolley snaked its way up the hills on the narrow cobble-stoned streets and high up we stopped at a lookout point that offered a truly fabulous panorama of San Miguel and the surrounding mountains. Our guide told us about local sweets like the “tumbagón”, a candy of French origin that was first produced by a local monk about 450 years ago. At the candy shop we could taste various free samples of colourful candies and also took in the incredible view over the city. And in addition to sweets, we even got to taste grasshoppers, a local delicacy. I managed to get one of these flavourful insects into my mouth, but when I felt its scraggly legs scratching my tongue I had to make sure to swallow it quickly to not be reminded of what I was eating. 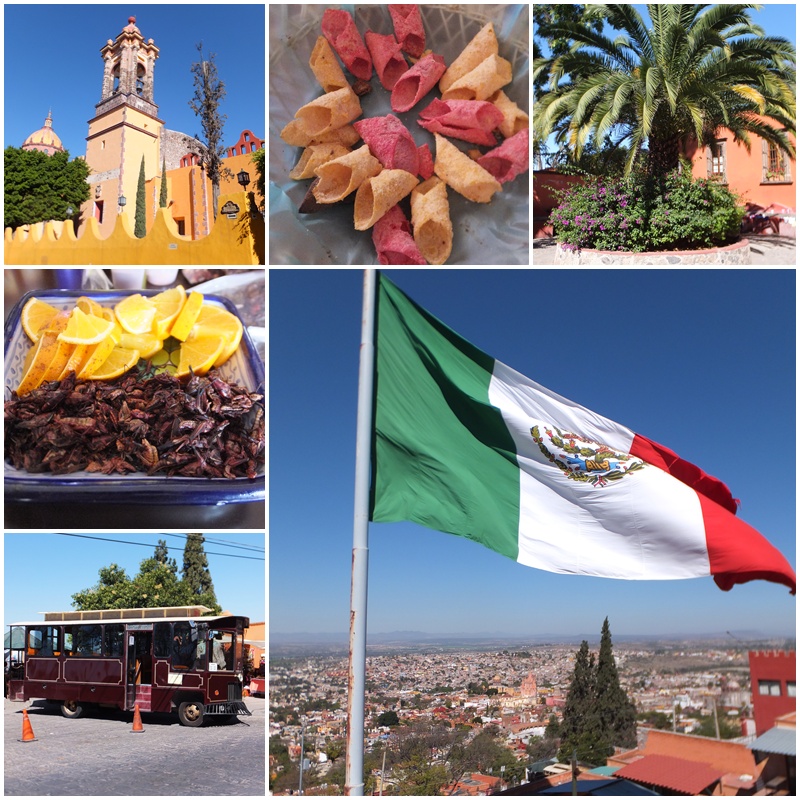 A grasshopper tasting during our trolley tour

After this panoramic lookout point our little trolley snaked its way down into the city again where it let us off close to the main square. Now I was ready to check out some of the hospitality offerings of San Miguel.