Naturally, Niagara Falls, Ontario, is known for its big tourist areas, the Horeshoe Falls and the adjacent Table Rock Centre, Queen Victoria Park right next to the Niagara River, the Clifton Hills entertainment district and the Fallsview area. We also have already touched on accommodation options in Niagara Falls and some of the main attractions in this city. However, Niagara Falls also has a number of interesting attractions that definitely merit a visit but are not as well known to the average tourist.

Niagara Falls boasts a wide range of destinations for history lovers. First of all, the city has four history museums that focus on different aspects of local history: the Niagara Falls History Museum showcases the War of 1812, local Black history and the local community. Lundy’s Lane Battlefield commemorates one the bloodiest battles of the war of 1812. Also located on this historic battlefield is the Battle Ground Hotel Museum, an 1850s tavern that displays artifacts from this war and also provides an example of early 19th century tourism in the area. The Willoughby Historical Museum showcases rural life, farming tools and family heirlooms from the Niagara Falls area.

The Niagara Children’s Museum offers three floors of hands-on interactive entertainment for families and children which is also a popular spot for children’s birthday parties. Other educational outings include a tour of the Sir Adam Beck Generating Station, one of Ontario’s largest hydroelectric facilities. Another unique attraction is the Niagara Scow, also called “The Old Scow”, a flat bottomed boat that, in 1918, brought two men dangerously close to plunging over the Horseshoe Falls. The two men were rescued, but the boat got caught on a rock shoal less than 770 metres (about 840 yards) from the precipice of the Horseshoe Falls, and it is still there today in the Upper Rapids. 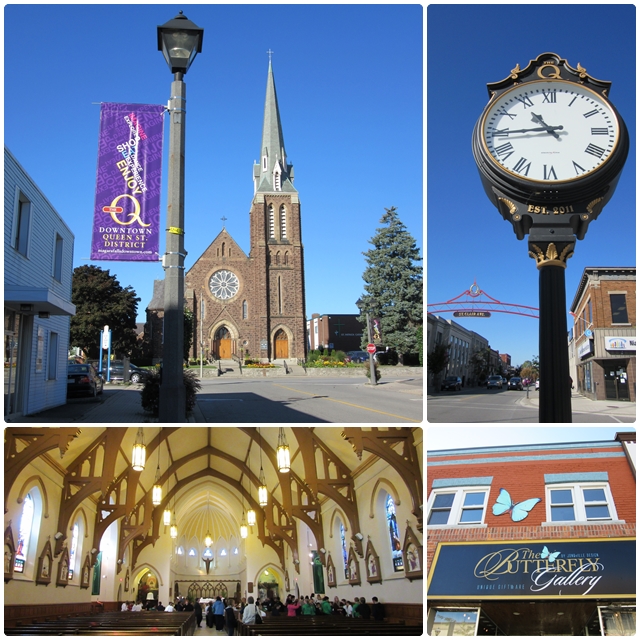 Architecture lover also have a selection of places to visit. Niagara Falls has several historic churches that merit a visit, for example All Saints Anglican Church, the Nathaniel Dett Chapel, Holy Trinity Church as well as St. Patrick’s Roman Catholic Church. Fairview Cemetery, established in 1883, is one of Canada’s most attractive cemeteries. Drummond Hill Cemetery has been in existence since 1799 and is a nationally recognized heritage site as well as the burial site of Laura Secord.

Downtown Niagara Falls is anchored around the Queen Street Historic District. Lined by attractive Victorian-era buildings, this strip has been extensively refurbished and now houses a selection of eye-catching restaurants and shops that attract many visitors from far beyond the city’s borders. 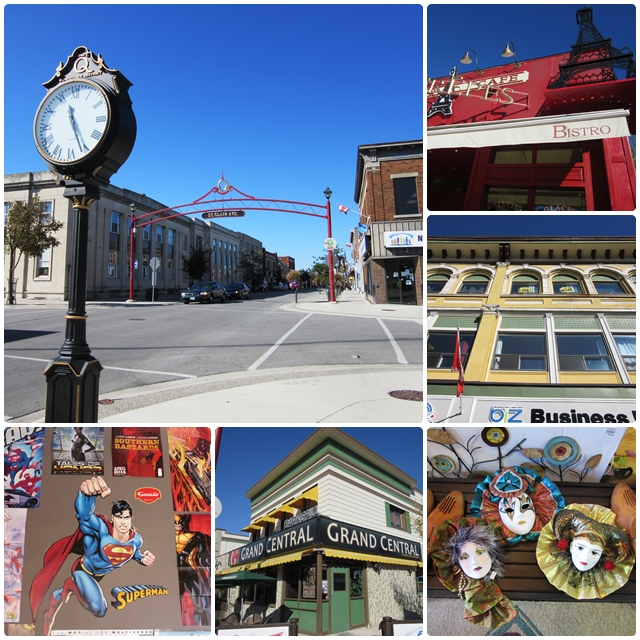 A rather surprising destination is the Mount Carmel Spiritual Centre, which is located on the grounds of the Mount Carmel Monastery, an impressive stone building that was completed in the 1870s. The Main Chapel contains exquisite wood panels, stained glass windows and an intricately carved altar. Similarly impressive is the architecture at Oak Hall, a historic stone mansion that was designed in the Tudor baronial style. Today, Oak Hall is the home of the Niagara Parks Commission and three of the castle-like rooms are accessible to the public. An even more unusual example of unique architecture is the Cham Shan Buddhist Temple, a seven-level Asian temple that contains a precious collection of Buddhist art and artifacts.

Culture lovers will also enjoy a variety of offerings in Niagara Falls: the Firehall Theatre, a community theatre organization, has been producing live theatre productions since 1963. The Niagara Falls Art Gallery is home to a permanent collection of North American and European art. Canadian artist William Kurelek is prominently featured here, and the John Burtniak collection contains more than 400 pieces of art that date from the early 1700s to the 1950s. Native art is represented by the Neto Hatinakwe Onkwehowe Native Arts Centre, a non-profit organization that has been featuring visual arts, crafts and performance arts since 2005. 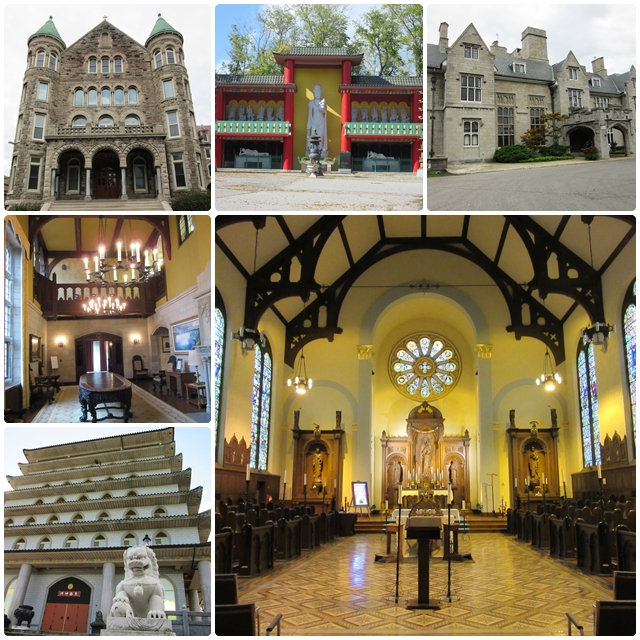 Our next articles will concentrate on the Niagara Parkway, a 56 km or 34 mile scenic roadway that connects Fort Erie with Niagara Falls and Niagara-on-the-Lake.