In the northern part of the US and Canada, spring often arrives very late; cold and grey weather can last into April and sometimes even May. Especially in 2014, the winter was extremely long, cold and harsh, and in early April Toronto still looked like a fall or winter landscape. The long northern winter makes many people want to get away, and one of those getaway destinations is North Carolina.

Although North Carolina is a 4-season destination, its winters are generally short and usually quite mild. At the beginning of April, we decided to take a week and go to Asheville, the largest city in the mountainous northwestern part of North Carolina which has been a popular tourist destination since the late 1800s. We left Toronto very early at around 4 am and crossed the border into the US by 6 in the morning. After a relatively uneventful and pleasant drive through New York State, Ohio and Kentucky we finally arrived in Asheville at about 8 pm on April 6. 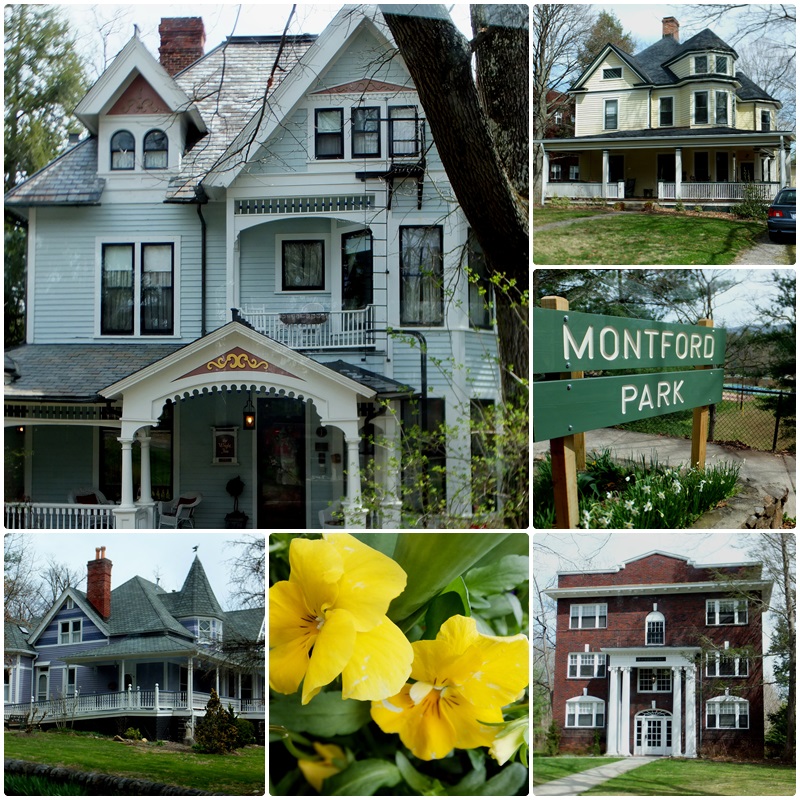 Utterly exhausted from our 18 hour drive we fell into bed and tried to sleep off our tiredness to get ready to explore Asheville in the spring. With a population of over 420,000 people in the metro area, Asheville is the largest city in the mountainous region of Western North Carolina. As a town, Asheville dates back to 1784 when Colonel Samuel Davidson settled in the Swannanoa Valley with his family. During the Civil War, Asheville was lucky and remained relatively untouched by fighting. In 1880, the Western North Carolina Railroad arrived in Asheville which ushered in a new era and opened up the entire region to industrialization and tourism.

George Washington Vanderbilt, one of the heirs of the Vanderbilt Empire, constructed the Biltmore Estate between 1889 and 1895. Various other tourism establishments and many houses were built during the late Victorian era. Asheville boomed in the 1910s and 1920s and many of the city’s large iconic buildings date back to this era. The city’s fortunes turned and Great Depression hit Asheville hard; by 1929 Asheville had incurred major debt which took until the 1970s to pay off. Due to this financial stagnation, Asheville escaped the Urban Renewal Movement of the 1960s and 1970s, so much of the historic early 20th century architecture has remained intact. As a result, Asheville has one of the most extensive collections of Art Deco architecture in the United States.

In addition to great architecture, art lovers will enjoy Asheville because of its large number of galleries and artists’ studios. Independent restaurants and boutiques dot the downtown area, and some of the city’s museums include the Asheville Art Museum, the Colburn Earth Science Museum, and the WNC Nature Center. Outdoor lovers find Asheville particularly appealing due to its many golf courses, tennis courts and nearby hiking and active outdoor opportunities. 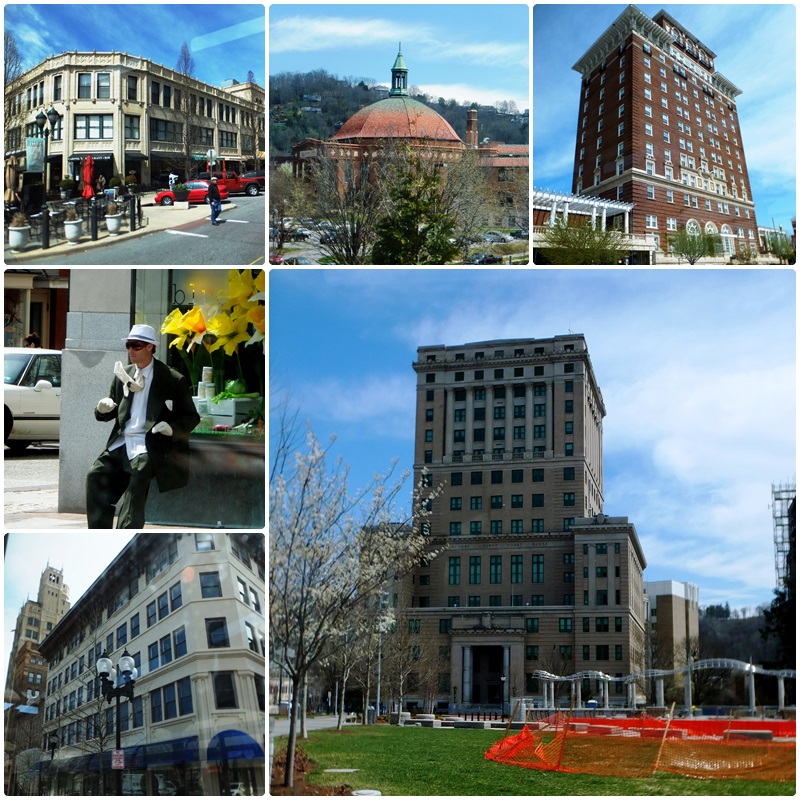 Some main sights in Asheville as seen from the trolley

To get acquainted with the city, I went on a 90 minute sightseeing tour on the tourist trolley which departs from the Tourism Office and includes nine stops. The first part of our trolley tour covered the Montford Area Historic District which features many impressive residences from the 1890s to the 1920s that are included in the National Register of Historic Places. More than 600 buildings highlight Victorian, Queen Anne, Neo-classical, Colonial Revival and Arts and Crafts architecture. Several bed and breakfasts operate out of some of the grand mansions in this attractive neighbourhood.

Over the next two hours, the tourist trolley of Asheville took us past some of the main sights of town: the imposing 1920s Buncombe County Courthouse, the Grove Arcade – a beautiful shopping mall that was opened in 1929, the former Grove Hotel as well as the First Baptist Church with its distinctive red and green cupola. For a relatively small city, Asheville has a surprising amount of impressive structures. As a true architecture buff, I was looking forward to exploring the unique buildings of Asheville in greater detail.