Fantastic Architecture in Asheville: the Jackson Building, Grove Arcade and the Basilica of St. Lawrence

Asheville, North Carolina, has a great collection of early 20th century architecture. After a day of rain and ugly weather I made it my mission to explore some of Asheville’s iconic buildings on April 8, 2014. The starting point for architecture buffs has to be Pack Square Park, the city’s main square, which is literally packed (pardon the pun) with architectural jewels. 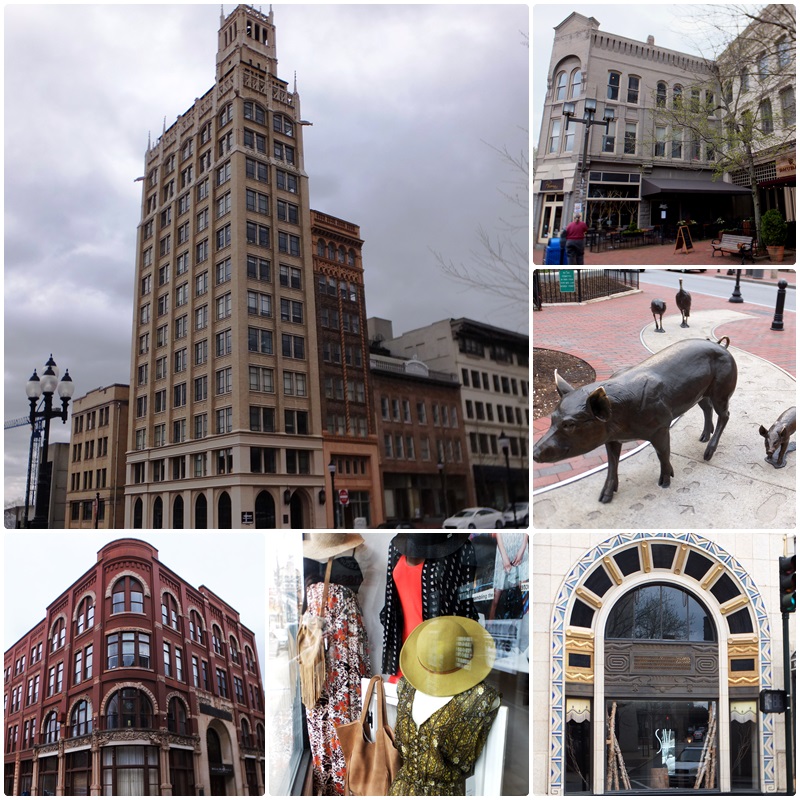 The Jackson Building is one of my favourites. This 13-story Neo-Gothic tower was completed in 1924, and at the time it was the tallest skyscraper in North Carolina and the only such building in the western part of the state. During the early 1900s Asheville was dubbed as the “Paris of the South”, given its architectural treasures. Various sculptures adorn the square, including a mother pig and a piglet as well as some geese, and during warmer weather Pack Square Park becomes a popular gathering place. 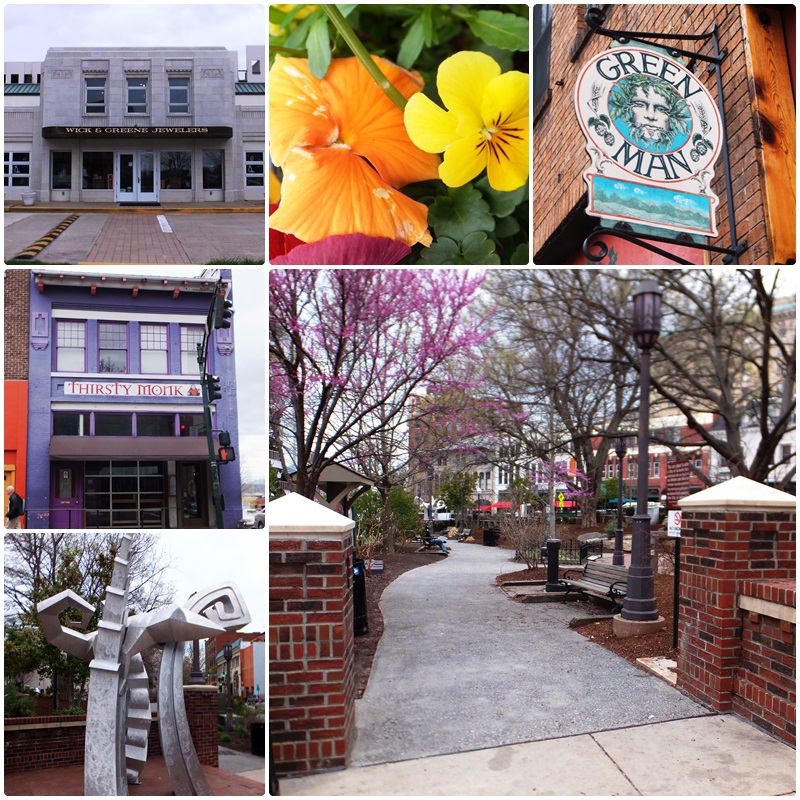 Pritchard Park is a popular gathering place in Asheville

Art Deco influences are prevalent all around town, and triangular Pritchard Park is a popular gathering space for the locals. The gastronomic and entertainment scene is also very diverse in Asheville, and the city is full of independently owned unique bars and restaurants. To mention some examples, the Thirsty Monk is Asheville’s premier beer and cocktail bar while Jack of the Wood is a cozy Celtic style pub and home of Green Man Brewing, which specializes in hand-crafted English ales.

Pritchard Park is a popular gathering place in Asheville

Not far away from Pritchard Park, I stopped at the Grove Arcade, a stunning shopping mall that was built in the 1920s. It is one of the city’s most historic buildings and was conceived by E.W. Grove, a wealthy entrepreneur who arrived in Asheville in 1910. Dr. Grove also created the famous Grove Park Inn on the outskirts of Asheville, a historic resort hotel that has housed many illustrious personalities over the last 100 years. 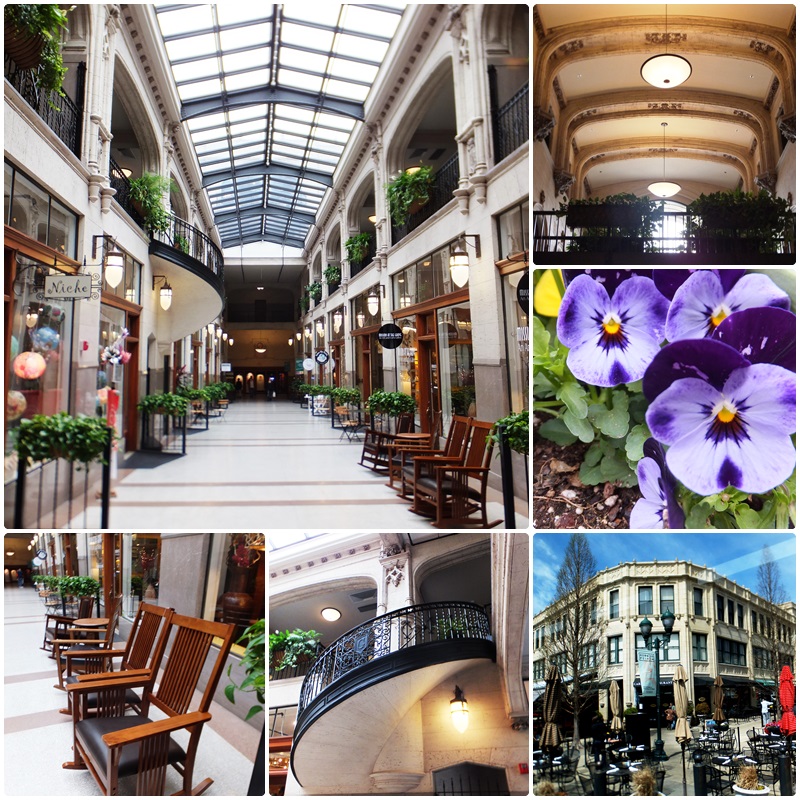 The Grove Arcade – a stunning shopping mall from the 1920s

The Grove Arcade was intended to be “the most elegant building in America” and when it opened in 1929, it was home to a fine assortment of stores and services. After various uses over the years, the Grove Arcade was restored in the early 2000s. Today, it is home again to a variety of fine stores and restaurants on the main floor, offices on the second floor and apartments on the top floor. Outside, a row of stalls allows farmers and craftspeople to sell their merchandise to the public while several of the restaurants feature sidewalk patios for outdoor dining. 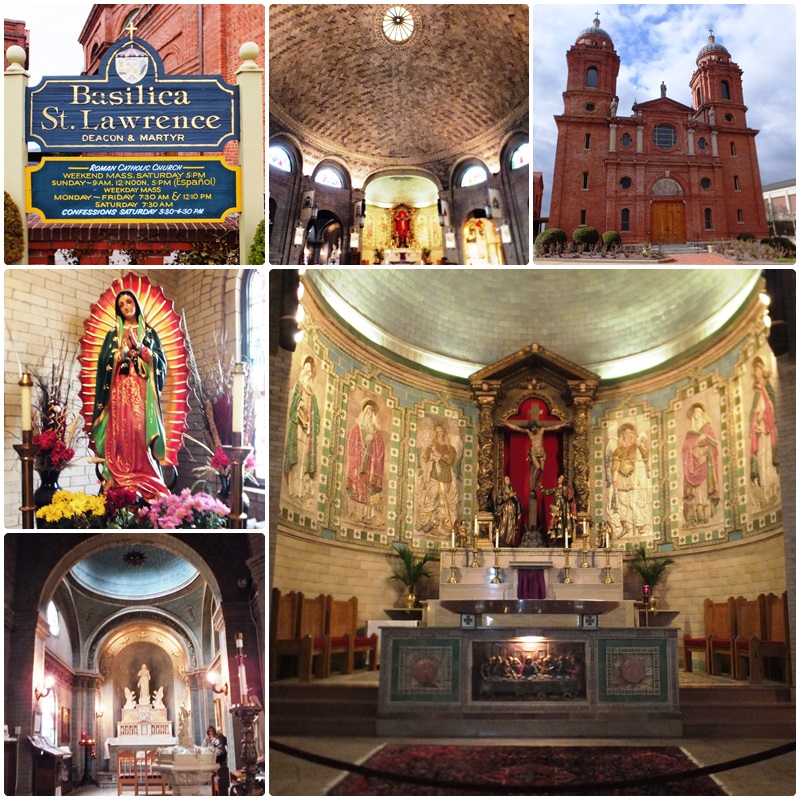 Just a few steps away from the Grove Arcade I visited another architectural jewel of Asheville: the Basilica of St. Lawrence, which, in 1993, was designated by Pope John Paul II as the only Roman Catholic basilica in Western North Carolina. This stunning Spanish Renaissance-inspired red brick building was designed and built in 1905 by Rafael Guastavino, a Spanish architect who had arrived in New York City from Barcelona in 1881. The church features numerous intricately designed stained glass windows, many of which were fabricated in Munich, Germany. The most distinctive feature of the Basilica of St. Lawrence is the Catalan-style vaulted brick ceiling which is considered to be the largest freestanding elliptical dome in North America. 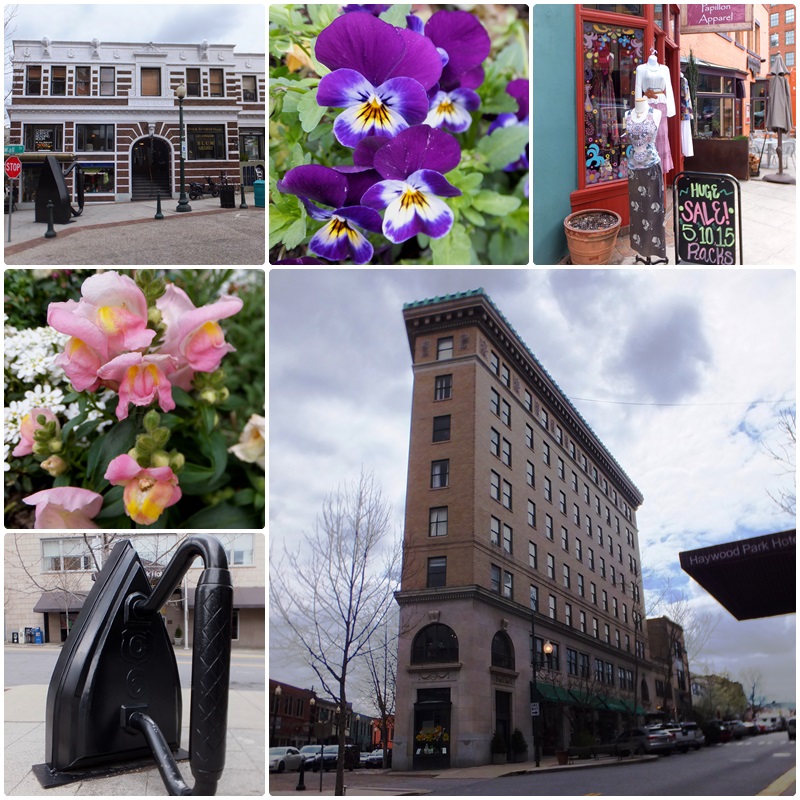 Right at the corner of Wall Street and Battery Park Avenue is Asheville’s very own Flatiron Building, a wedge-shaped building that was constructed between 1925 and 1926. Fittingly, right across the street from it is a giant sculpture of an old-fashioned flat iron, a location that is popular with street musicians and performers. Just south of this building is Wall Street, a very cute street with lots of retail stores and restaurants. 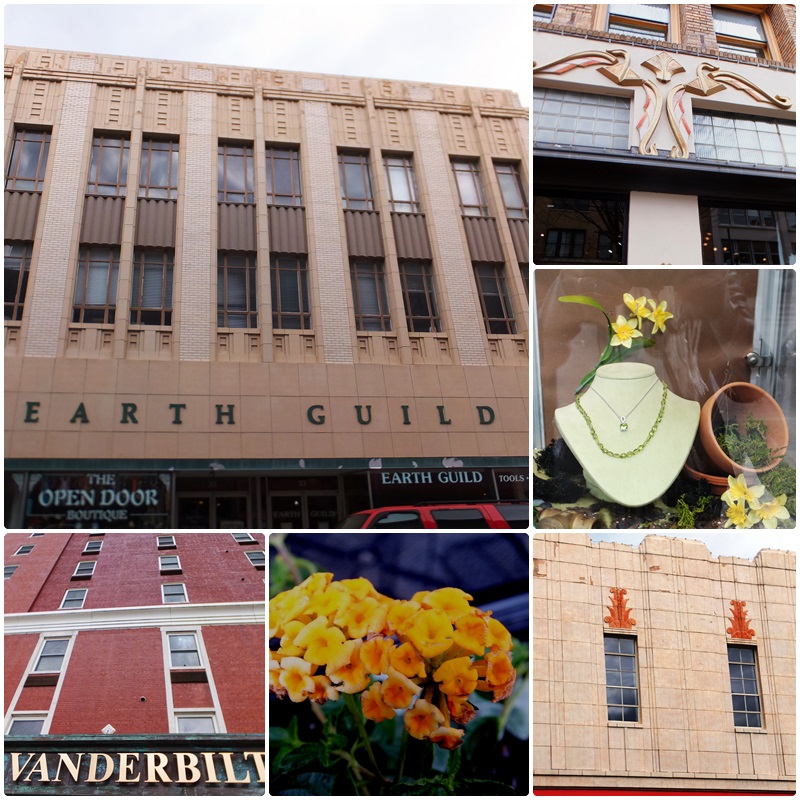 After visiting some of the iconic sites on the west side of Asheville, I planned to head back to Pack Square Park to explore one of the city’s most memorable buildings in greater detail.