The double-decker sightseeing tour was perfect for getting an overview of Austin. As this was the last tour of the day, everyone disembarked on Sabine Street, around the corner from the Austin Visitor Center. The Downtown area of Austin is the city’s central business district and increasingly dominated by condominium towers. The highest condo skyscraper is the Austonian which houses 56 floors of condos. Other downtown attractions include the Austin Convention Center, the Austin Fire Museum, the O. Henry Home & Museum as well as the Susanna Dickinson Museum.  Many modern hotels and restaurants are also located in the centre. 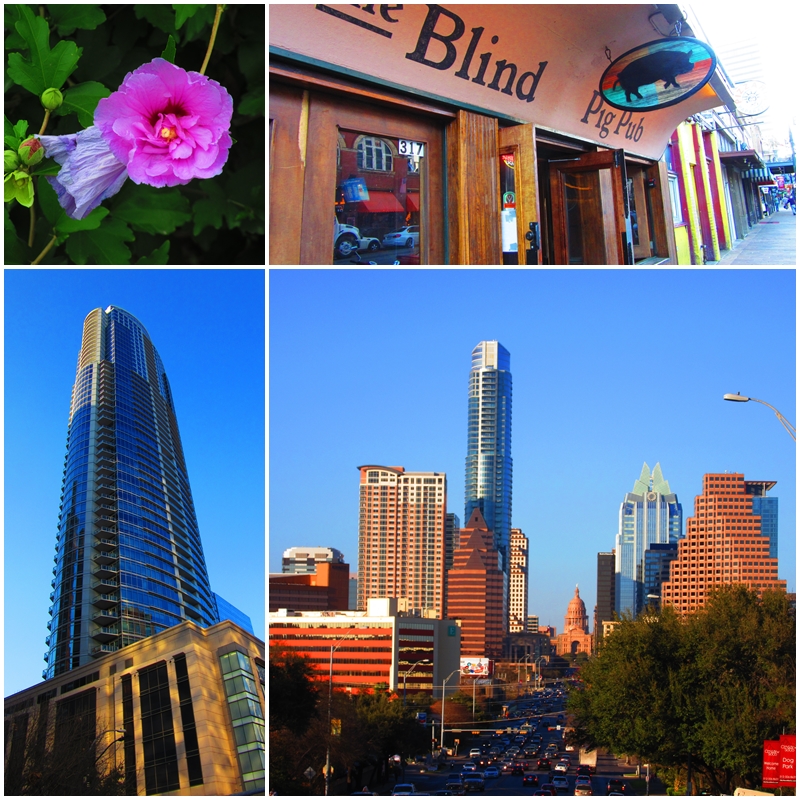 Now equipped with a basic knowledge of the city, I went for a walk to get to know some areas more closely. I walked north one block and turned west on 6th Street, a commercial street with many two and three-storey Victorian buildings from the late 1800s that have been listed on the National Register of Historic Places since 1975.  The 6th Street Entertainment District stretches nine blocks from Lavaca Street in the west to Highway 35 in the east and features many clubs, bars, restaurants, shops and live music venues. One of the popular destinations here is the Museum of the Weird, which bills itself as “America’s strangest attraction”, featuring unusual, bizarre and freaky exhibits.  The 6th Street Entertainment District is also the location of several music and film festivals, biker rallies as well as the Pecan Street Festival, one of the largest and longest running arts, crafts and music festivals in the United States. 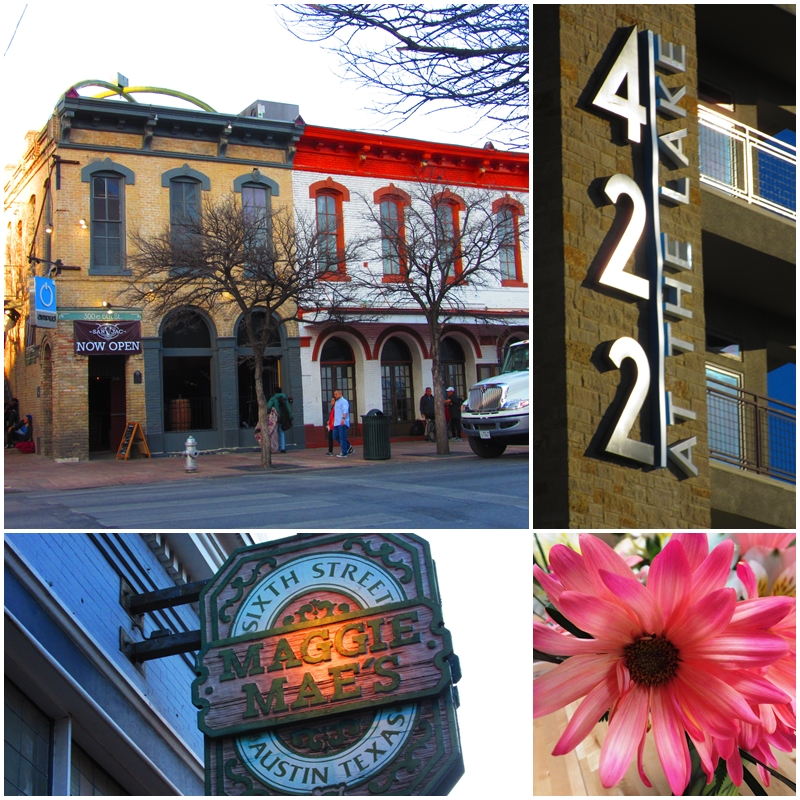 At Brazos Street I turned north and passed one of the Austin’s most impressive historic structures: the Driskill Hotel was built by wealthy cattleman Jesse Driskill and completed in 1886. This gorgeous Romanesque-Revival building is a member of the Historic Hotels of America and part of the Hyatt family of hotels. It is the oldest hotel in Austin and one of the city’s luxury accommodations.  A bit farther north is the Cathedral of Saint Mary, the Roman-Catholic cathedral parish of Austin. This Neo-Gothic masonry structure was completed in 1884 and designed by the most prominent Victorian-era architect of Texas, Nicholas J. Clayton. The large stained glass rose window on the north side is one of the most impressive features of this cathedral ; masses are held here daily, and on Sundays Saint Mary Cathedral also holds masses in Spanish and Traditional Latin. 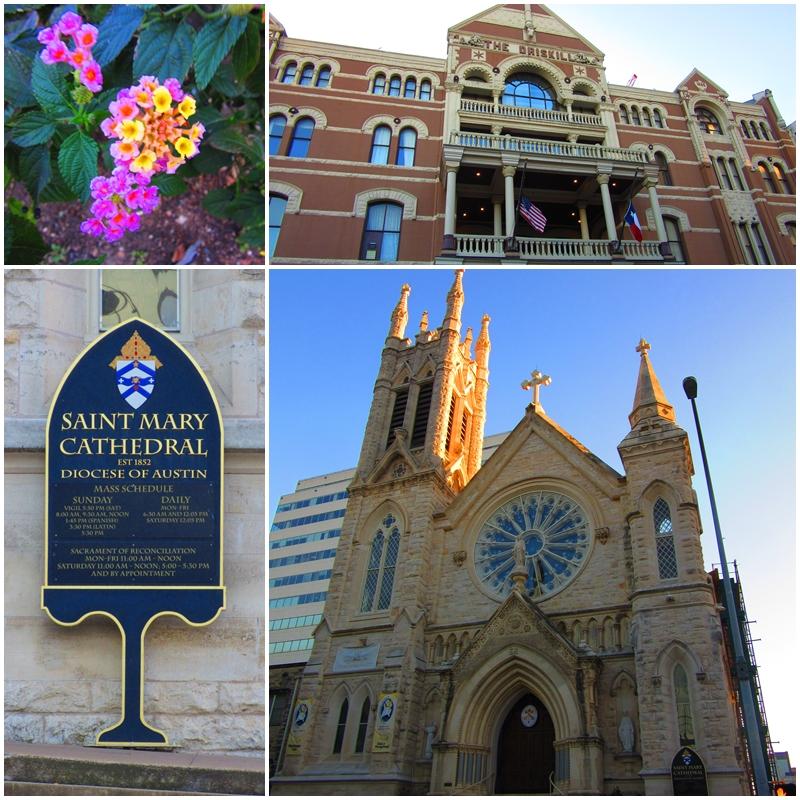 One block north of Saint Mary Cathedral are the grounds of the Texas Capital building. This imposing Renaissance-Revival structure is surrounded by 22 acres or almost 9 hectares of well-manicured grounds with trees, walkways and various statues and sculptures. The oldest monument here, the Heroes of the Alamo, dates back to 1891; other historic monuments include the Volunteer Firemen, Confederate Soldiers and Terry’s Texas Rangers which all flank the tree-lined Great Walk. On the southeast side of the grounds one finds the Texas Capitol Visitor Center while the Supreme Court of Texas is located on the northwest corner. 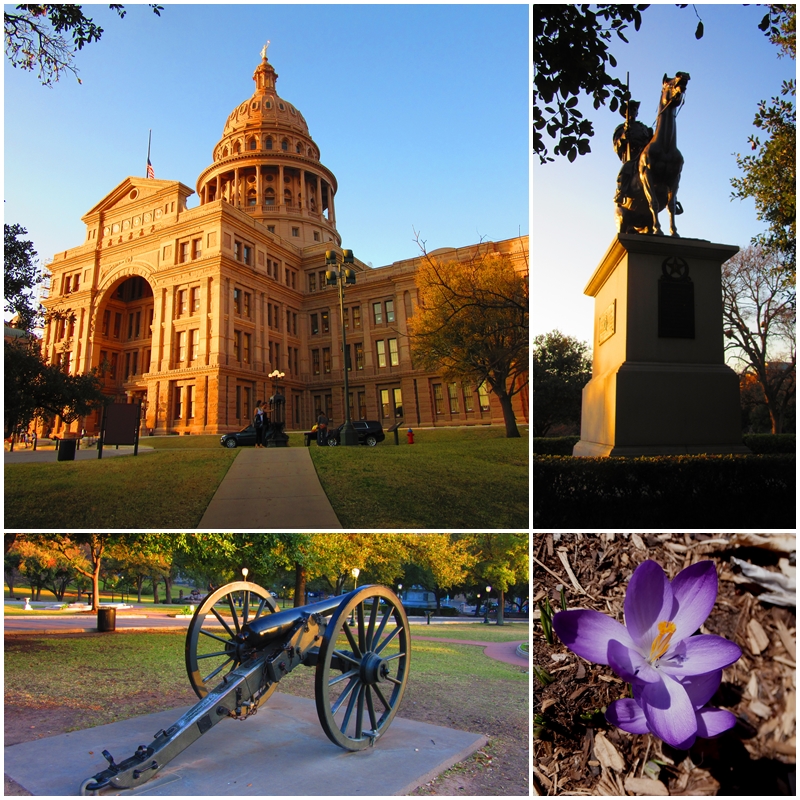 Just south of the Great walk at the corner of East 10th Street and Congress Avenue is the Old Bakery and Emporium.  This historic building is a former bakery and today houses a visitor information centre, an art gallery and a museum. This municipally owned building has a mandate to offer people 50 years and over opportunities to supplement their incomes and develop second careers. Many older artists sell their works here, ranging from jewellery to paintings, clothing, furnishings and hand-made quilts. Next to the Old Bakery is a small park where people often sit with take-out meals from the surrounding restaurants.

It was now getting dark as I started to explore Congress Avenue, the city’s main historic thoroughfare that runs south from the Texas Capitol, past the Colorado River and far into the southern districts of Austin. 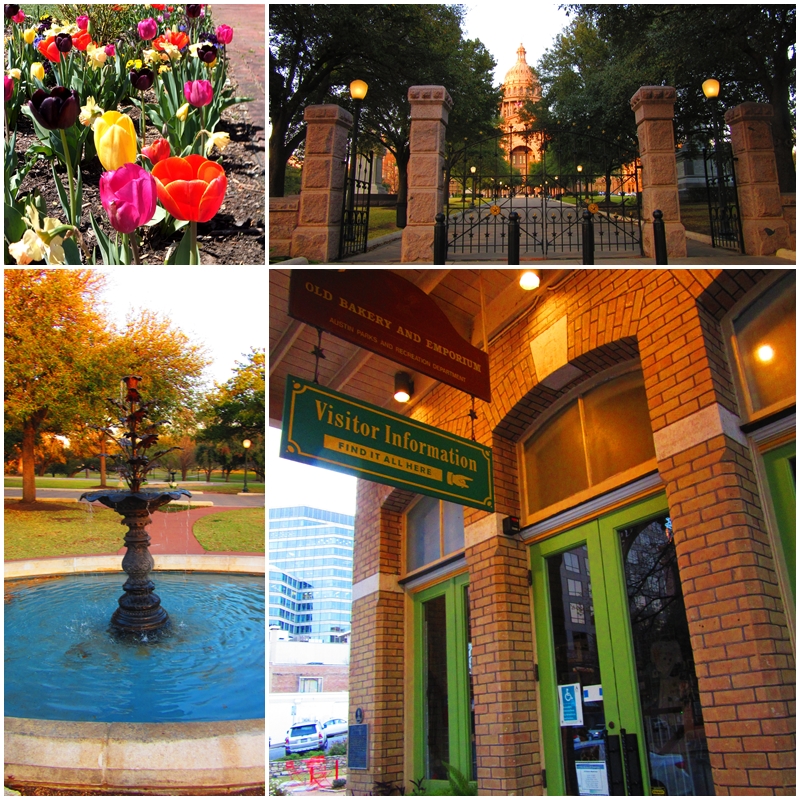 The Old Bakery and Emporium