Anybody who lives in Canada or has visited this country during the winter knows that the cold season can be very long and harsh. As a matter of fact, it’s not uncommon to see snow all the way into April or sometimes even May in some of Canada’s big cities. I can handle winter, but six months of cold weather and lack of greenery is a bit much for me, so I always try to get away and break up winter.  So this February I had a few extra days and decided to go to Texas, one of the American states that I had never been too. My research told me that Austin, the capital, is a really cool town, so early on February 18, 2016 I flew out of a wintery Toronto and landed in the early afternoon in Austin where I was greeted with temperatures in the mid 20s (Celsius that is). Coming out of the airport I had to get rid of my jacket right away since it was simply too warm. 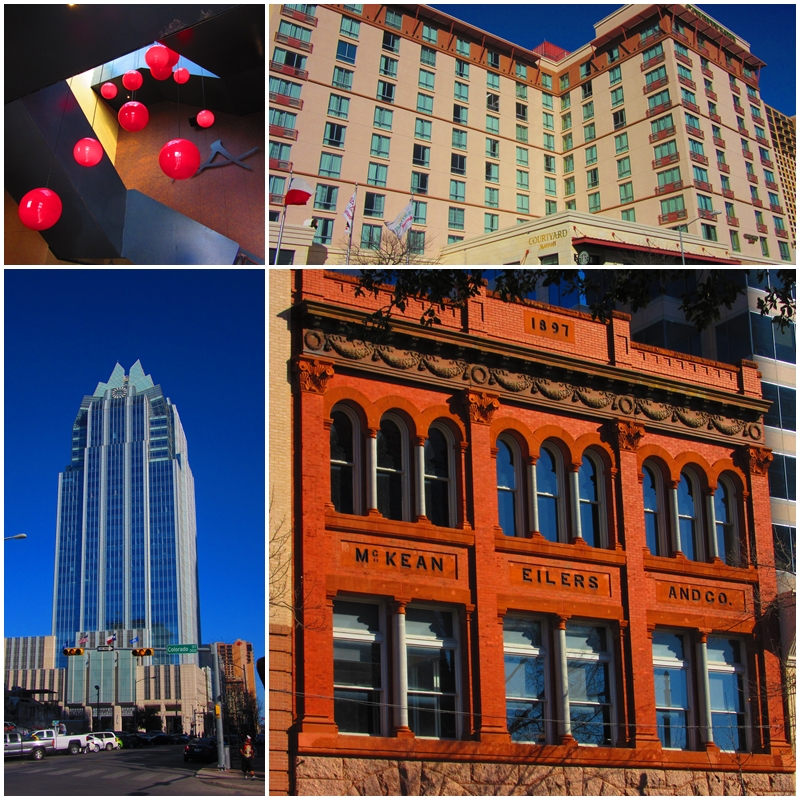 Austin – the cool capital of Texas

I had booked a private room in one of the affluent suburbs of Austin, and as I am not a huge fan of driving I decided to make my way around town by public transit. Such an endeavour can be a challenge in many American cities since they are really geared towards cars and individual transport, but I was not going to let that discourage me. Bus 100, which was driven by the most friendly and helpful driver,  took me from the airport into downtown where I had to catch bus 30 into the southwestern suburbs of Austin. The bus driver of the second bus saw my suitcase and my backpack, and in front of all the passengers he started questioning me loudly where I was from and what I was doing in Austin. By the time I exited the vehicle everyone in the bus pretty much knew my entire life story. After a 10 minute walk I had reached my home for the next five days. My hostess Sharon welcomed me warmly and showed me to my room in her spacious four-bedroom bungalow. 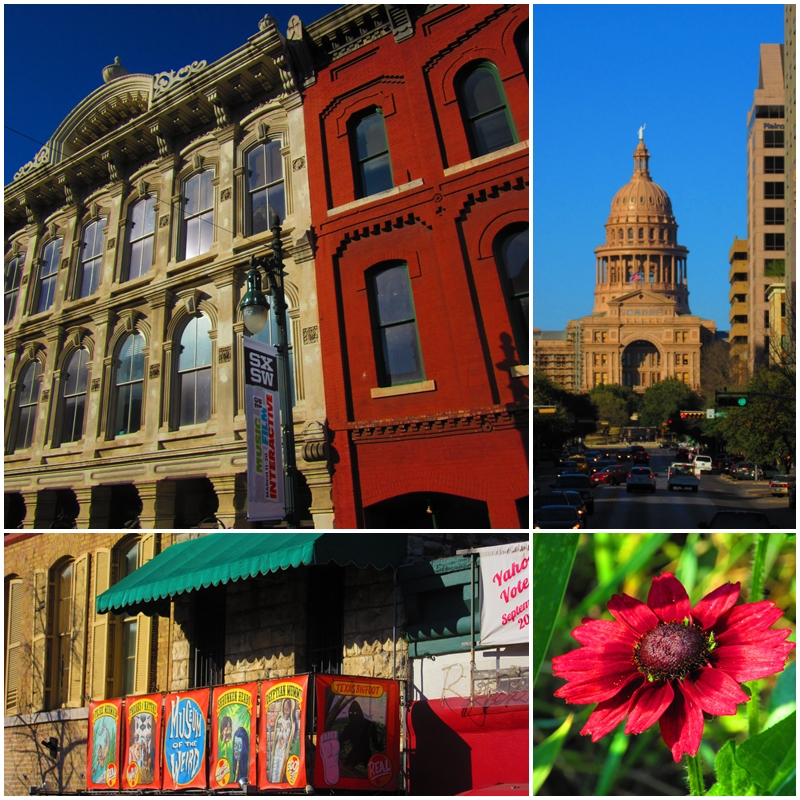 Austin and some of its historic buildings

After freshening up quickly I decided to head back downtown for my first introduction to Austin. To make things more convenient I downloaded the public transit app from the Capital Metro Transit Authority which would show me bus stops, schedules and anticipated arrivals. This was definitely going to help since in this area buses generally only come around every 40 minutes. Once downtown, I walked to the Austin Visitor Center where I picked up some helpful brochures and guides for exploring the city. It was now shortly before 5 pm and a lady popped into the Visitor Center to promote the last sightseeing tour of the day with Double Decker Austin. I made a quick decision to get on this bus since this would be a convenient first introduction to Austin. 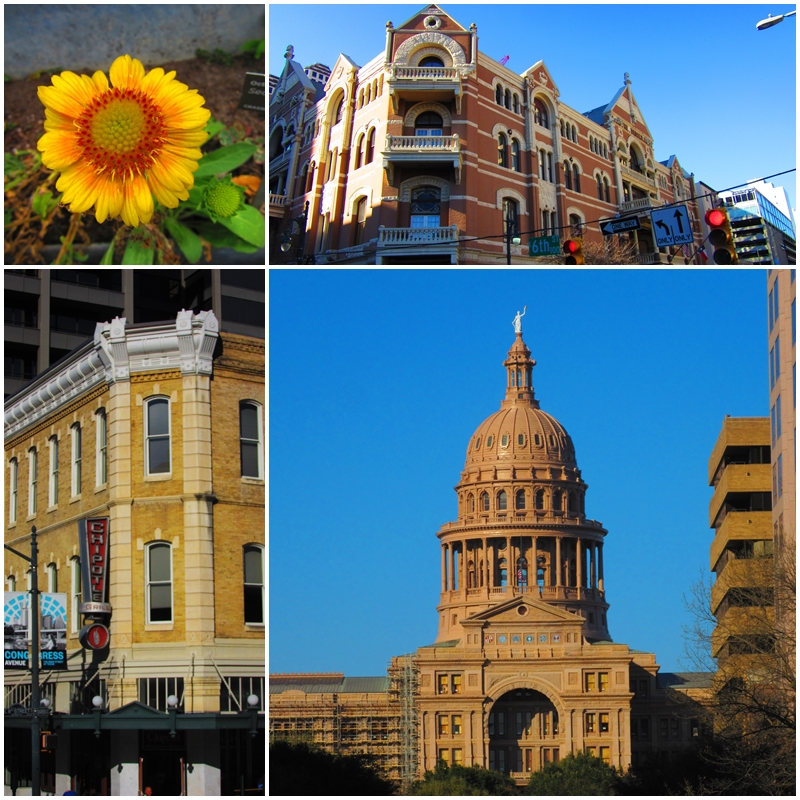 The Texas State Capitol is higher than the one in Washington.

Austin is a city of more than 900,000 people in Texas Hill Country. Its most famous landmark is the Texas State Capitol, which boasts a greater height than the United States Capitol in Washington. Our bus also drove past the Driskill Hotel, a historic Romanesque-style hotel that was completed in 1886. Along the way, our guide shared all sorts of useful tidbits with us about Austin, the political, commercial and cultural centre of Texas whose economy is buoyed by the many tech companies that have located in and around the city. We passed by the campus of the University of Texas at Austin, where we admired the ornate turret of the Undergraduate Admissions Center. Close by is the colossal Darrel K. Royal Texas Memorial Stadium, home to the Texas Longhorns football team. With more than 100,000 seats, it is the second largest stadium in the state of Texas, the ninth largest stadium in the United States and the twelfth largest stadium in the world. 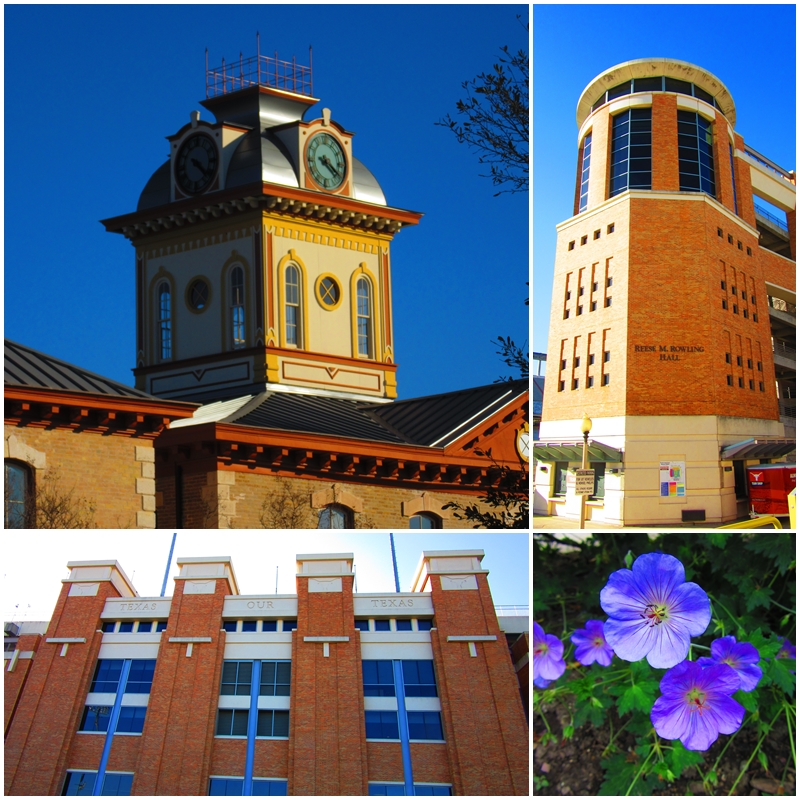 The University of Texas at Austin, home of the Texas Longhorns

Then we started heading south and took in the shiny and mostly new skyscrapers of downtown Austin. The city has experienced a huge amount of building activity in recent years and several skyscrapers were under construction at the present moment. The former mayor of the city had set out a goal to have 25,000 people living downtown by 2015 and provided many incentives for developers to construct residential buildings downtown. This growth has been enhanced and reinforced by the many restaurants, entertainment and live music venues in downtown. As a matter of fact, Austin officially bills itself as the “Live Music Capital of the World”.  Another moniker of the city is “Keep Austin Weird”; it was coined by Austin’s Independent Business Alliance to promote local independent businesses. 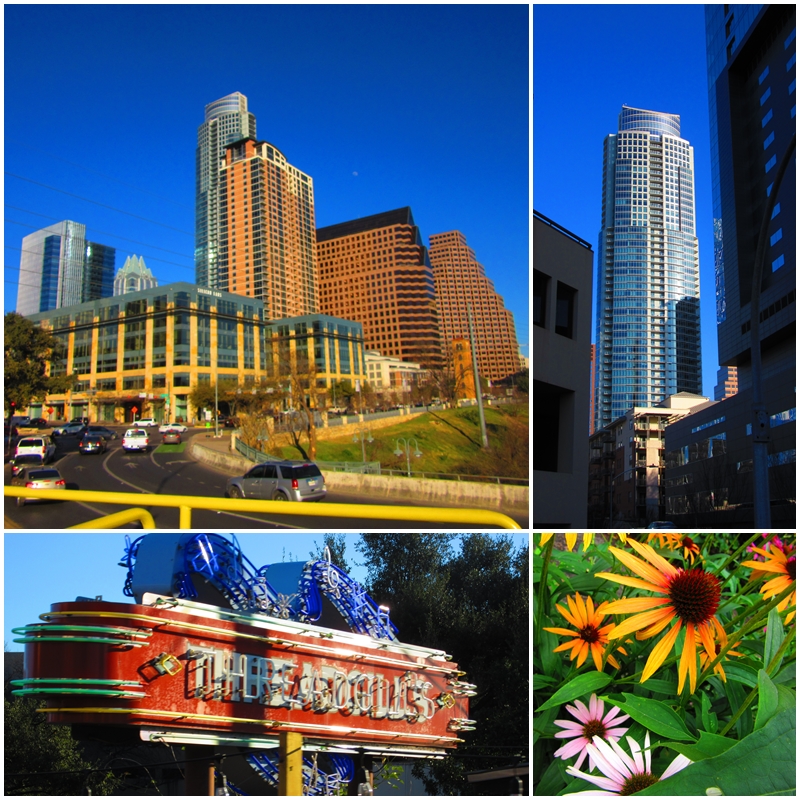 We left downtown Austin behind and crossed the Colorado River into South Austin. Formerly the counterculture center of the city, the areas near South Congress Avenue have been rapidly gentrifying in recent years. South Congress Avenue itself is a shopping mecca, with its many boutiques, restaurants and eclectic retail stores. Our double-decker bus turned around and we headed back towards downtown. With the addition of all the modern skyscrapers, Austin’s skyline is an impressive sight to behold. Our 90 minute sightseeing tour had come to an end, and now I was ready to explore the city on foot.