Bern Switzerland: Explorations in the Old Town – the Zytglogge and Marktgasse

In the morning of May 14, 2013, before departing for Bern,Switzerland, I had a chance to sit down with Rene Klopfer, who is the owner of the Hotel Chalet Swiss in Interlaken. We had a great chat and he filled me in on all the recent tourism trends in Interlaken. The 54-room hotel itself is an attractive three-star property that is built in the typical Swiss chalet style and is almost 150 years old. 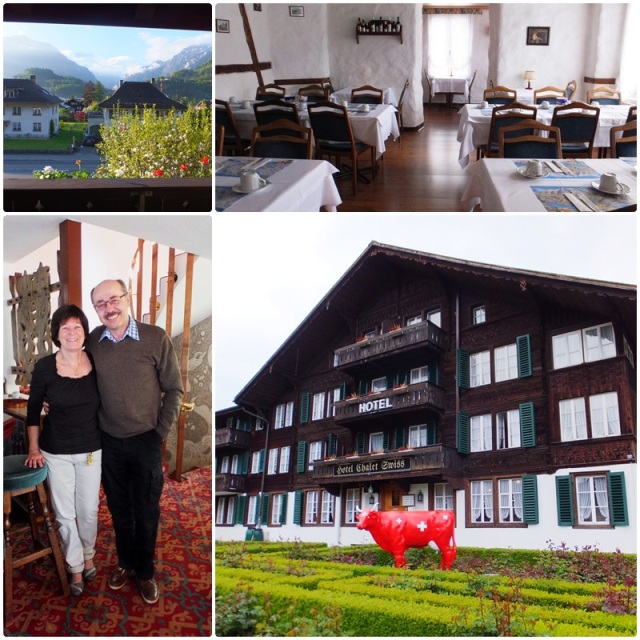 Then it was time to say goodbye to Interlaken and move on to my next destination: Bern, the capital of Switzerland. With a tiny tinge of sadness I drove out of Interlaken on the highway next to Lake Thun. Slowly, I left behind the gorgeous mountains and lakes I had enjoyed so much for the past few days and drove on the highway to Bern, Switzerland’s capital.

Compared to many other capital cities, Berne is actually a relatively small town. The city itself has a population of about 130,000 people and the surrounding region has about 350,000 residents. The old part of Berne sits on a peninsula that overlooks the river Aare and the old core of the city is a designated UNESCO World Heritage Site. I was looking forward to exploring the capital of Switzerland for the first time in my life. 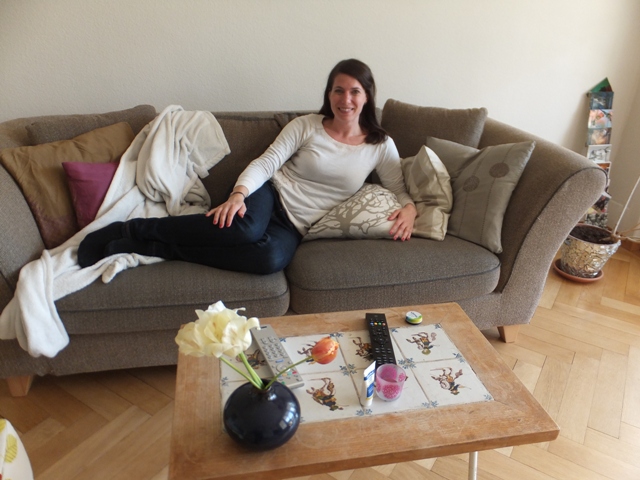 I stayed with local host Sandra Gurtner whose spacious apartment is located near the Viktoriaplatz Square. I always enjoy staying with local hosts as you get a really personal impression of the country, its traditions and lifestyles. Sandra was really helpful, helped me lug my heavy suitcase upstairs and provided me with a 24 hour parking ticket for my rental car. She had even placed a little “Mandelbärli”, an “almond teddy bear” – a classic confectionary treat from Bern, on my pillow. We had a nice chat and I felt right at home with Sandra in Bern. 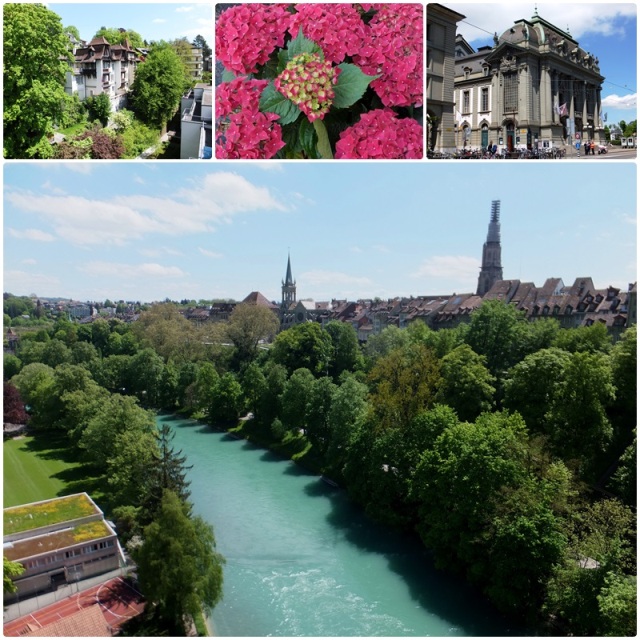 A first look at Bern Switzerland and the River Aare

It was a gorgeous day so I didn’t stick around the apartment for long and started walking downtown. Bern is Switzerland’s capital, but a very compact, walkable city. I took me less than 20 minutes to cross the Kornhausbrücke over the River Aare and arrive in the old centre of Bern. One of the first sights that greeted me was the Stadttheater Bern, the city’s main theatre. This impressive neo-Classical structure was opened in 1903 to the tunes of “Tannhäuser”, an opera by Richard Wagner, and has been an important part of Berne’s cultural scene ever since. 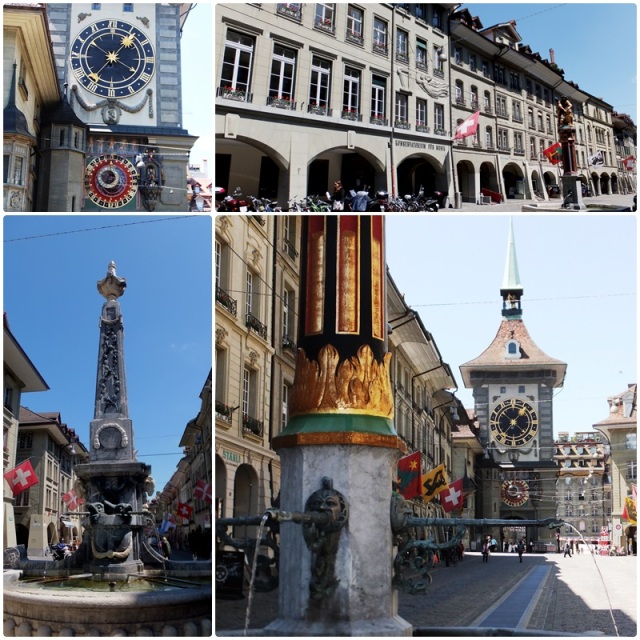 From the Kornhausplatz I turned left into the Marktgasse (market street), a narrow cobble-stoned street that dates back to medieval times. The city itself is even older: a Roman settlement was established near the Old Town about 2000 years ago and the Gallic tribe of the Helveti even settled here in the 2nd century before Christ. But history goes back even further in this area: the Aare Valley was settled already during the Neolithic period. The town itself was officially founded at the end of the 12th century.

Marktgasse is one of the main streets in the old centre of Bern with many shops and restaurants that are housed on the main floors of the historic buildings. The street was first mentioned in official records in 1286 and forms part of the UNESCO World Heritage Site of the old medieval part of Bern. The most prominent sight in the Marktgasse is the Zytglogge, a landmark medieval tower with an astronomical clock. This tower was built in the early 1200s and was originally the gate tower of Bern’s western fortification walls. Later it was also used as a prison. Today, the Zytglogge is one of Bern’s most recognizable landmarks. 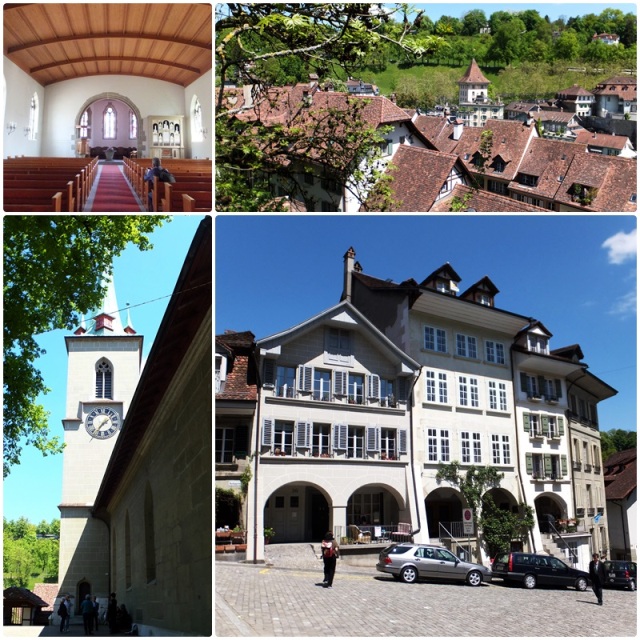 The Nydeggkirche in Bern Switzerland

After my walk down the Marktgasse, I arrived at the Nydeggkirche at the eastern tip of Bern’s historic downtown, close to the loop of the Aare River. “Nydegg” is actually Swiss German and means the “lower corner”. The original church was built here in the 1300s, but it was modified and expanded several times over the centuries. The church has an attractive small park next to it and great views open up from here of the other bank of the Aare River.

It was now close to lunch time and I decided to cross the Nydegg Bridge and explore the other side of Bern.