On a sunny March 11, 2015 I continued my discoveries of the Coachella Valley and drove from Palm Desert to La Quinta, a popular resort town at the foot of the Santa Rosa Mountains. In the late 19th and early 20th century, this area, although located in the desert, was mostly used for agriculture, using mountain water run-off and modern irrigation techniques. In 1926, the La Quinta Resort was built which featured the first golf course in the Coachella Valley and attracted many Hollywood celebrities, including Greta Garbo and Clark Gable. Today, this resort city is one of the leading golf destinations in the entire United States and boasts more than 20 golf courses. 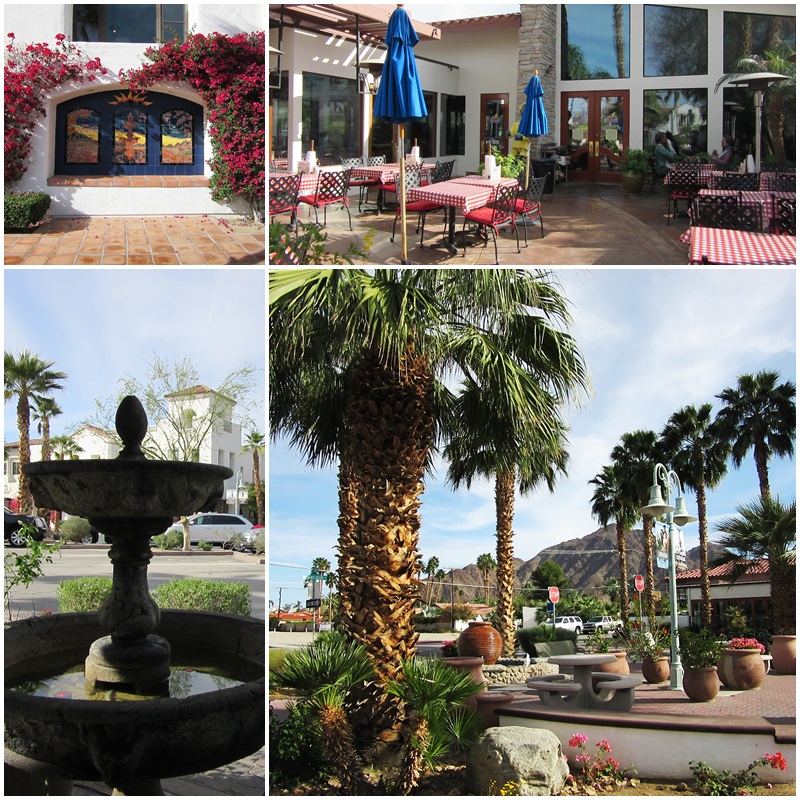 Old Town La Quinta is an outdoor village in downtown La Quinta with numerous restaurants, boutiques, galleries and other shops. Main Street embodies the atmosphere and architecture of Old California and forms the perfect backdrop for wine tastings, art shows, music events and festivals. La Quinta has an outstanding selection of restaurants, and some of the most popular dining establishments include Arnold Palmer’s Restaurant, El Ranchito, The Hog’s Breath, The Cliffhouse, Cunard’s and the Main Street Grill. 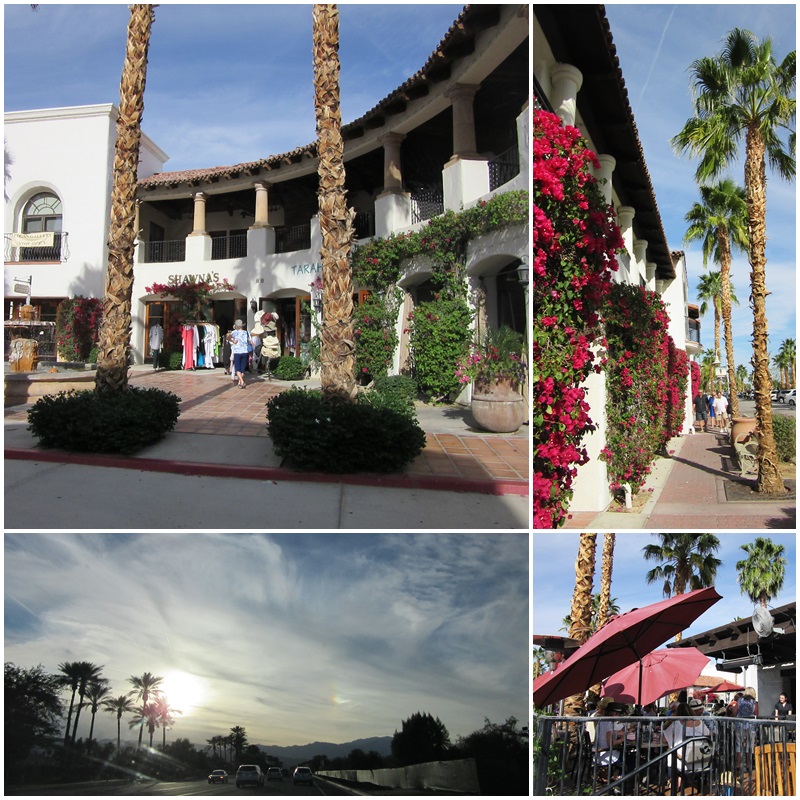 La Quinta has lots of dining and entertainment options.

The next day it was back to watching some world class tennis at the Parisbas Open, also known as the Indian Wells Masters, a yearly tennis tournament that is held in Indian Wells. Among visitors and elite tennis players alike, the Parisbas Open is a perennial favourite because of its state-of-the-art facilities and its gorgeous location in the Coachella Valley, where you can watch world-class tennis against the beautiful backdrop of palm trees and desert mountains. The atmosphere is very relaxed and it’s easy to get close to some of the world’s best tennis players. 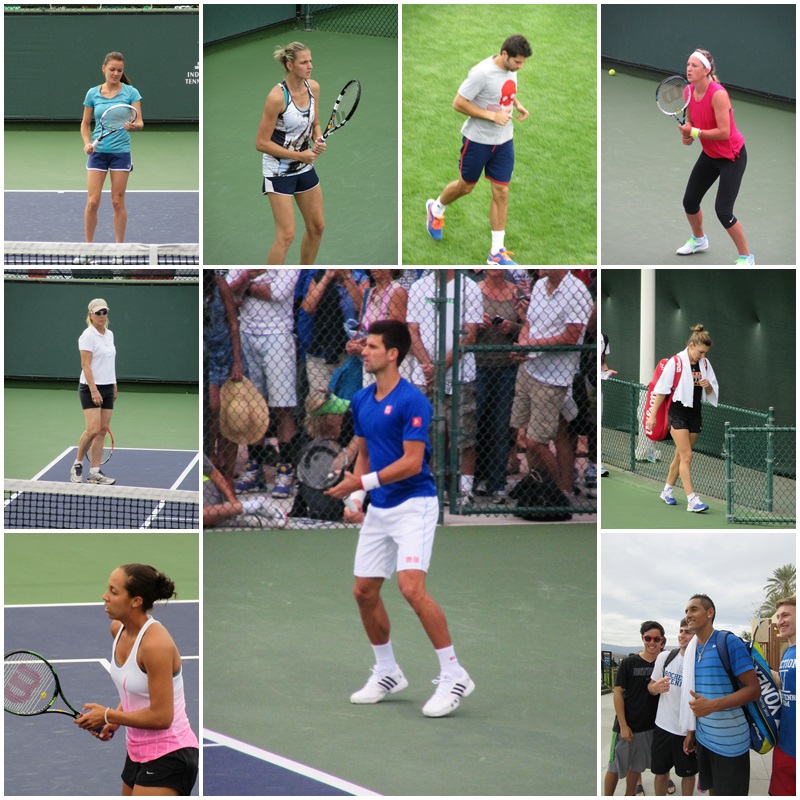 After lots of exciting tennis at the Parisbas Open we were ready to do some sightseeing in the late afternoon. Our plan was to take a trip on the Palm Springs Aerial Tramway which we had already visited a few days earlier on Sunday. The line-up had been way too long and we would have had to wait for a couple of hours to get whisked up to the top of San Jacinto Peak. Wednesday was a much better choice, and sure enough, just minutes after we purchased the tickets, the round gondola was ready to pick us up. The cabin is 18 feet in diameter and, amazingly, the floor rotates so everyone gets to see different views out the windows without having to move. 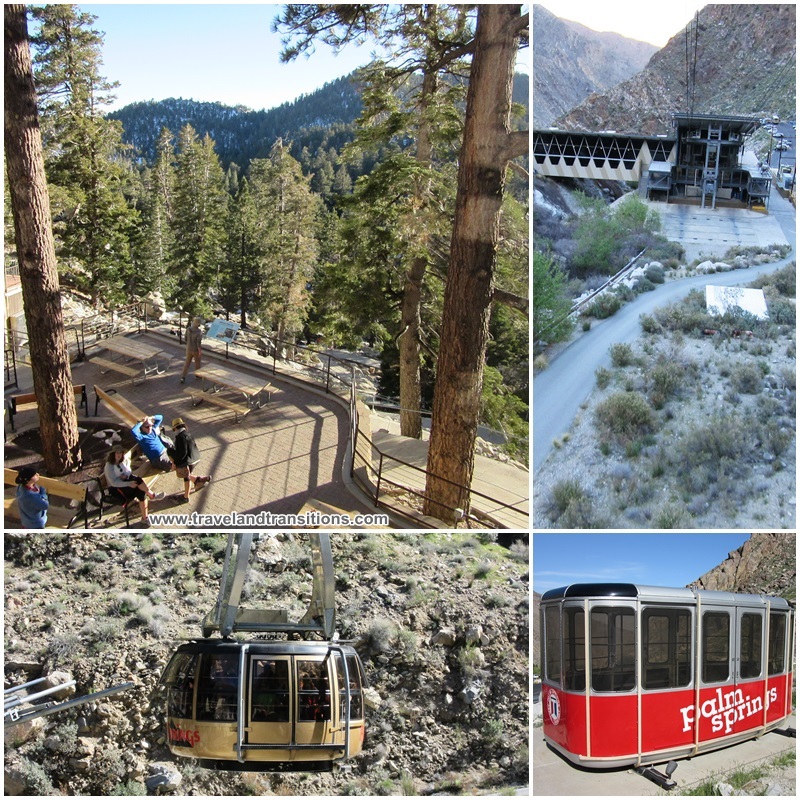 The Palm Springs Aerial Tramway is a must-see destination.

This rotating tramway car is one of only three in the world; the two other ones are in Capetown, South Africa, and Titlis, Switzerland. The ride to the top of the mountain takes about 12 and a half minutes and as you get higher the view becomes more magnificent. We had left the Lower Station at a very pleasant 25 oF (about 77 oF) and when we disembarked at the top it was only a few degrees above 0 (about 37 oF). I walked outside the Upper Station to some of the viewing platforms and was just blown away by the magnificent views of the Coachella Valley and the Little San Bernardino Mountains. Three different hospitality establishments are located at the top of the Palms Springs Aerial Tramway – the Peaks Restaurant, the Pines Café and the Lookout Lounge, providing dining opportunities at 2600 metres (8500 feet). 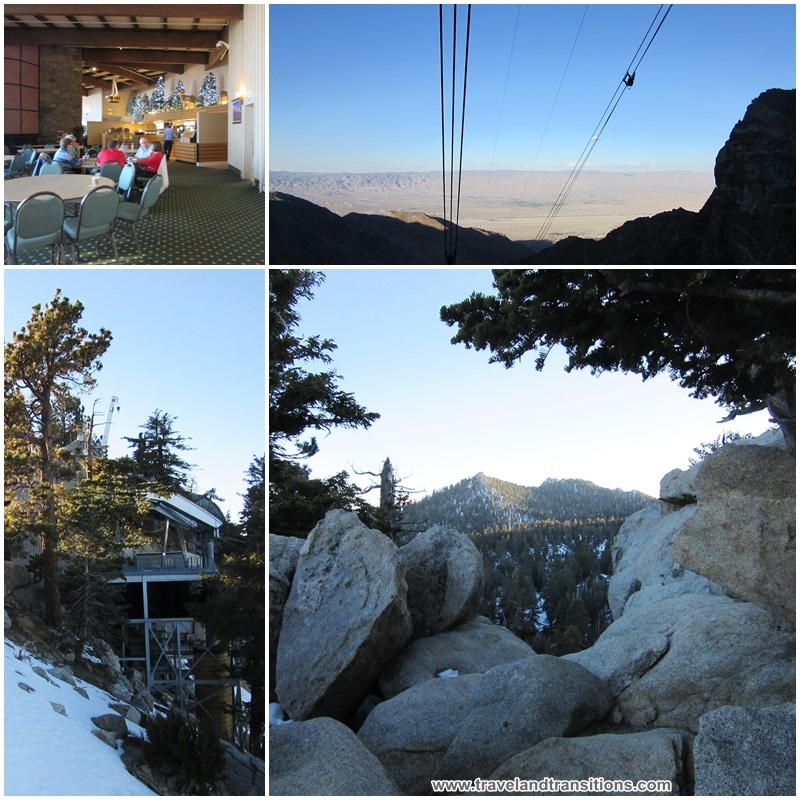 Magnificent views from the top of the Palm Springs Aerial Tramway

After this mountain excursion we returned from the top of San Jacinto Peak in the Palm Springs Aerial Tramway and as the sun was setting we returned to Downtown Palm Springs. A few of the main streets were blocked off for Villagefest, an enjoyable street festival that takes place every Thursday night in Downtown Palm Springs. This vibrant street fair features arts, crafts, food and entertainment. We celebrated another nice day in California with frozen treats from Just Chillin’, right in the heart of the action. 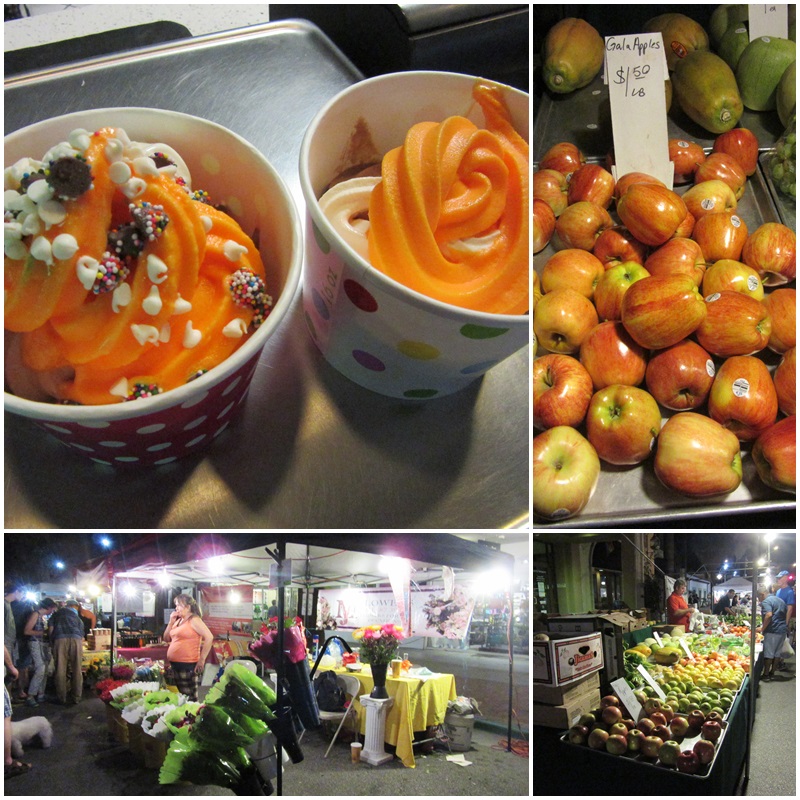 Lots of action at Villagefest in downtown Palm Springs