After my explorations on Wall Street I arrived at the South Street Seaport, a historic area on the east side of Manhattan, just south of the Brooklyn Bridge. This designated historic district is based around buildings from the early to the mid 19th century when this area was the original port of New York City. Some of the oldest buildings in Manhattan can be found here, and there are also seven historic ships that can be admired. Many people were sunbathing on the concrete decks while tourists were snapping pictures. I meanwhile enjoyed the great view of Brooklyn across the river. 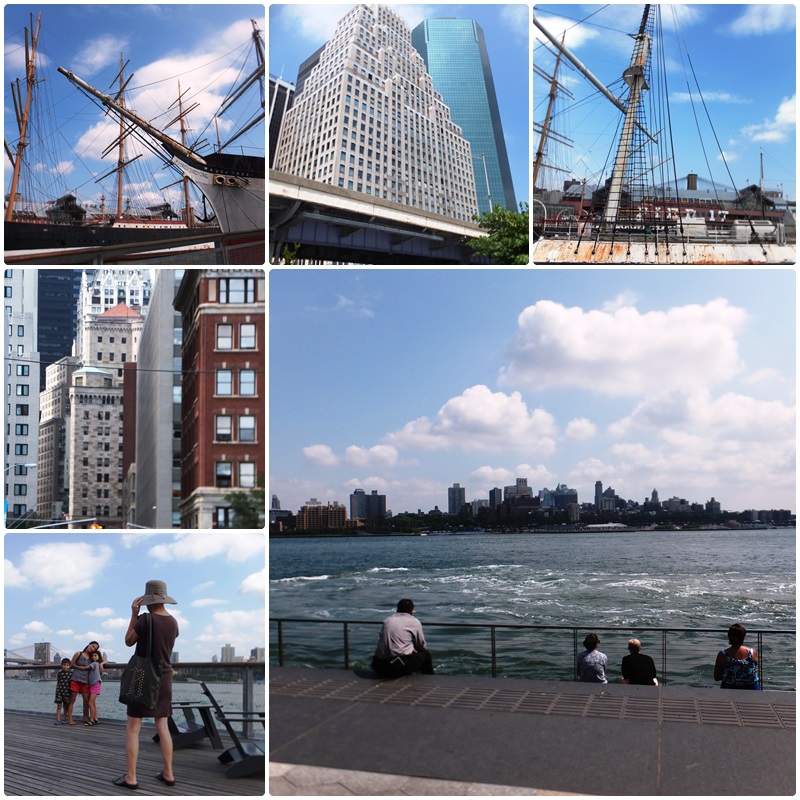 The South Street Seaport, a great place to relax by the waterfront 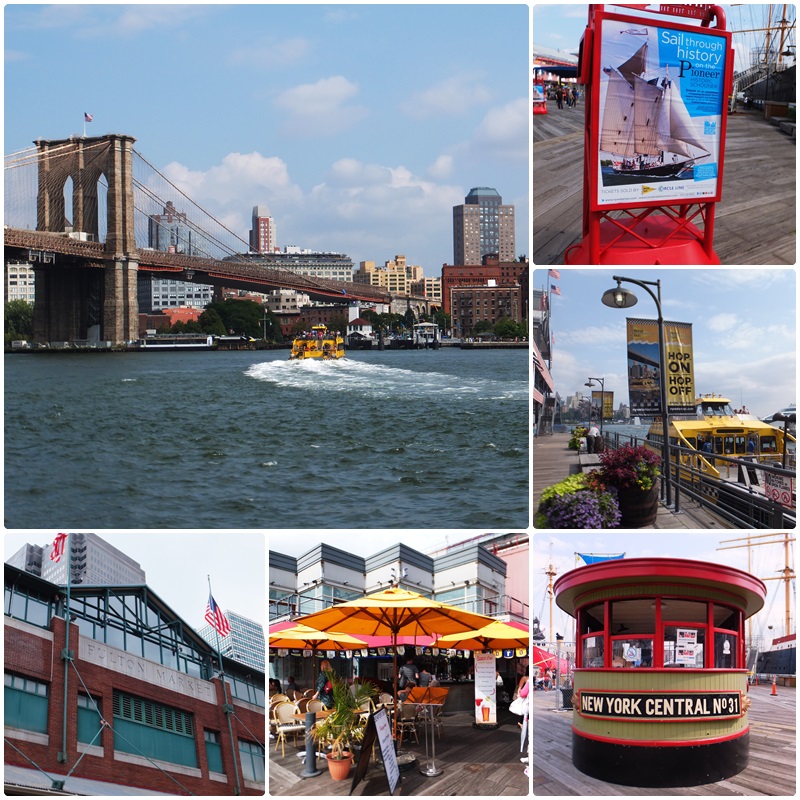 From the South Street Seaport I continued westwards past the historic Fulton Market. Founded in 1822 and rebuilt in 1882, it used to be a fish market but stands empty now after it moved to a new location in the Bronx. This area features many Beaux Arts buildings from the second half of the 19th century, many of which now hold retail stores and restaurants. Farther west on Fulton Street, the historic skyscrapers of Manhattan make an appearance again. 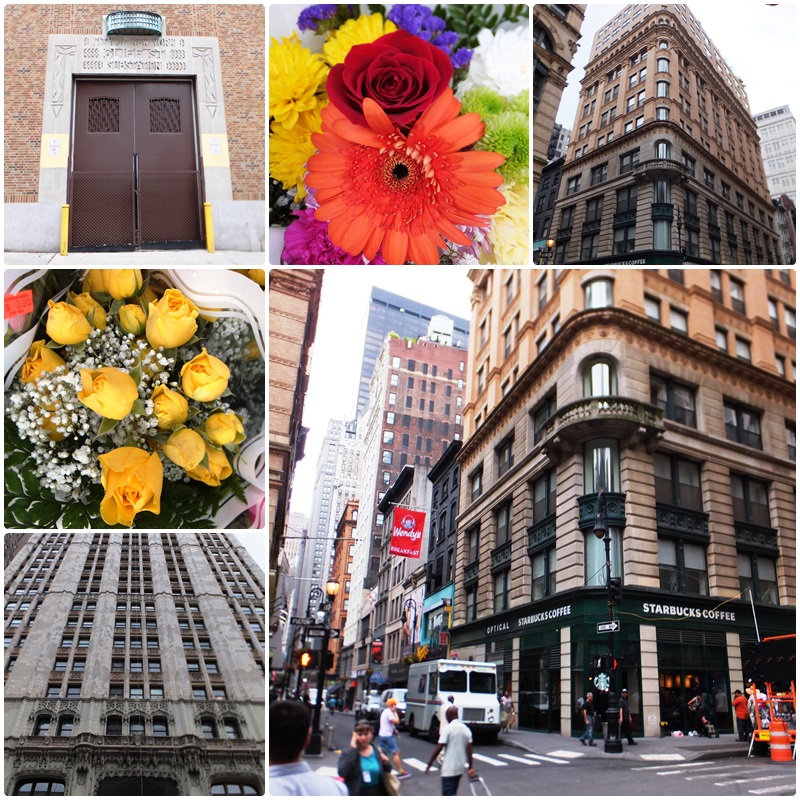 Then I hopped on the subway and went north to Sheridan Square where I reconnected with my husband to start our explorations of the West Village and Greenwich Village. Adjoining Christopher Street was the centre of the gay rights movement in the 1970s and Christopher Park is home to a sculpture by George Segal that honors the historic events that started this movement. The West Village and Greenwich Village have long been known for their bohemian atmosphere, and the area is dotted with numerous cafes, restaurants and shops. The area has long attracted artists and independent thinkers. 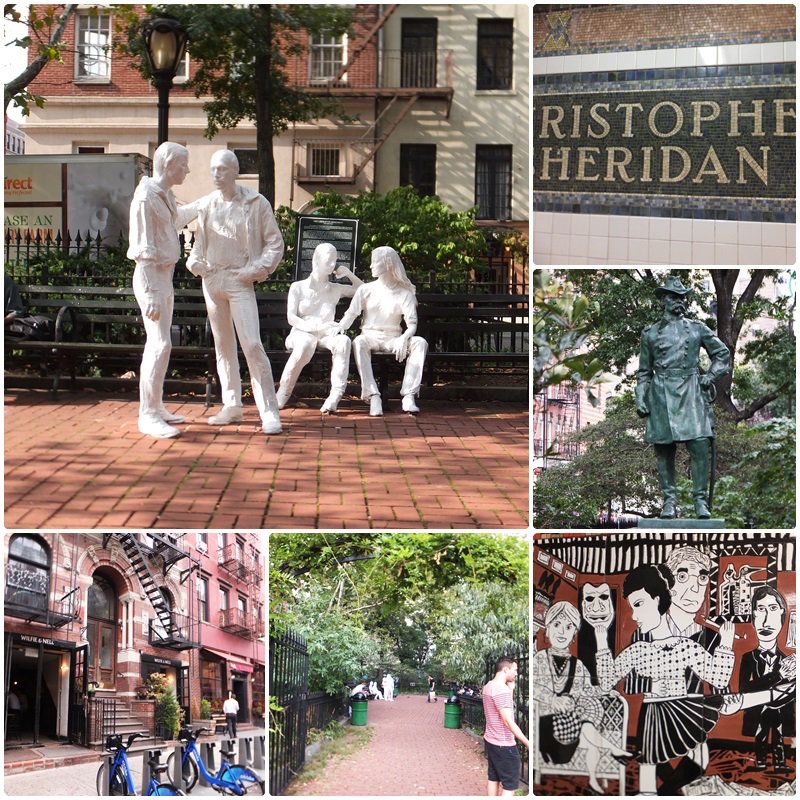 The West Village in New York City is the western part of Greenwich Village and bustles with restaurants, bars, cafes and cool shops. The district’s architecture is characterized by beautiful brownstone townhouses many of which belong to famous celebrities including Julianne Moore, Tiger Woods, Sarah Jessica Parker and Brooke Shields. Towards the north end of the neighbourhood is the Meatpacking District that is full of night clubs and trendy boutiques. 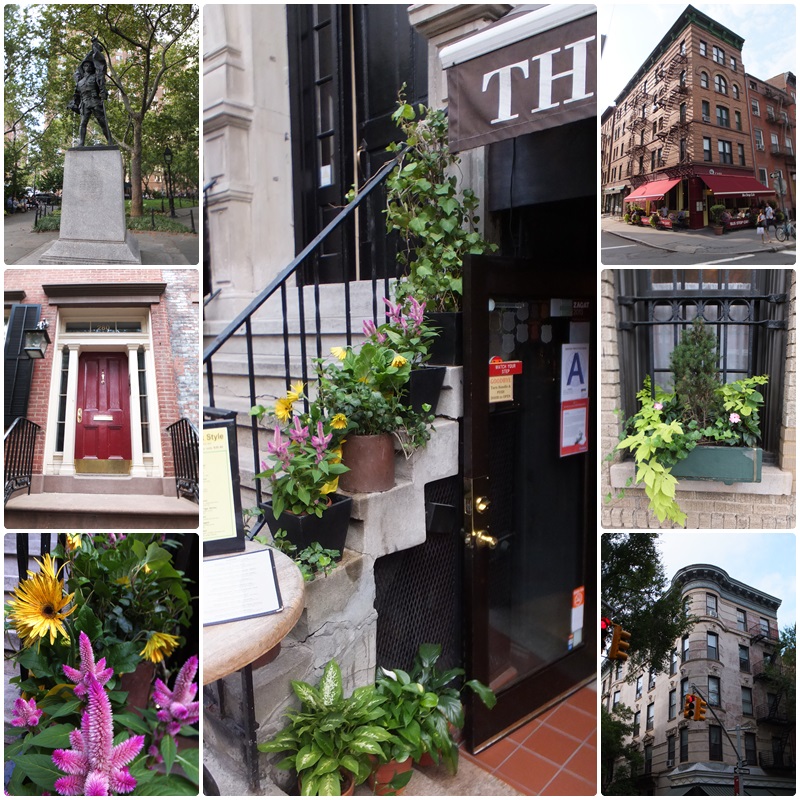 The West Village is home to many celebrities

Greenwich Village is one of Lower Manhattan’s most popular residential areas and was known as a popular artists’ hangout in the late 1800s to the mid 20th century as many of the former industrial warehouses were colonized by bohemians, writers and other artists. Since then, Greenwich Village experienced intense gentrification and the rising house prices drove some of the artists into other parts of the city. Some of the main attractions in this neighbourhood include Washington Square Park as well as a variety of off-Broadway theatre companies and live music venues. 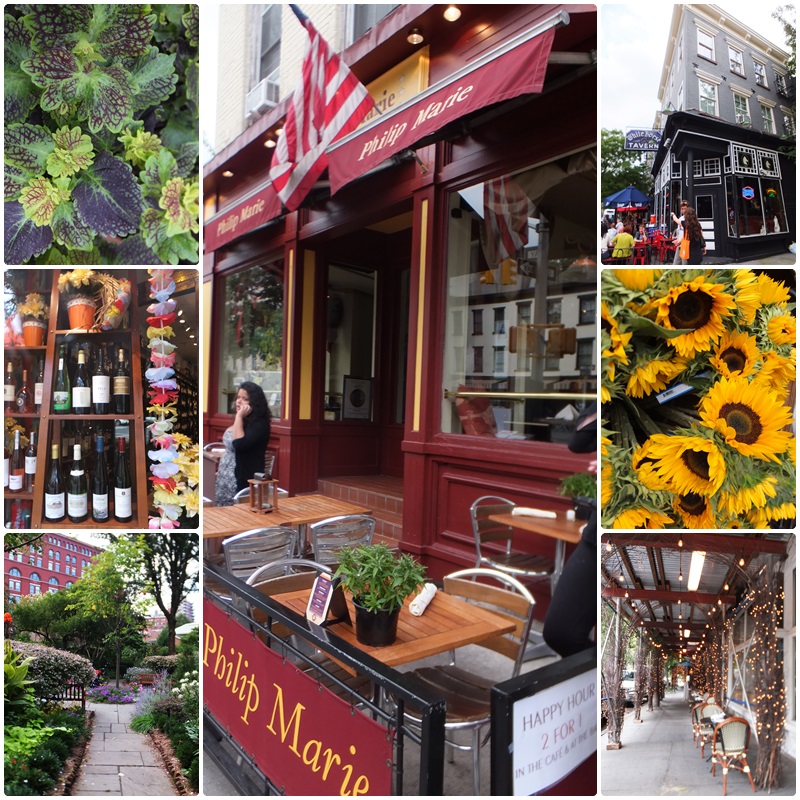 Greenwich Village, one of NYC’s most beloved areas

We capped off our visit to Manhattan with a walk on Houston (pronounced “How-ston”) Street. We passed by a beautiful little park called Abingdon Square Parkette, popped into Houston Hall (a 5000 square foot beer hall housed in a former vintage brick garage) and had a look at the gorgeous little garden behind the Church of St. Luke’s in the Fields, a serene hidden-away urban oasis. A few steps farther east we saw the even grander Shrine Church of St. Anthony of Padua which has been serving the Italian community for over 125 years. Finally, we had a delicious pizza at Arturo’s, a real institution in New York City’s Greenwich Village. 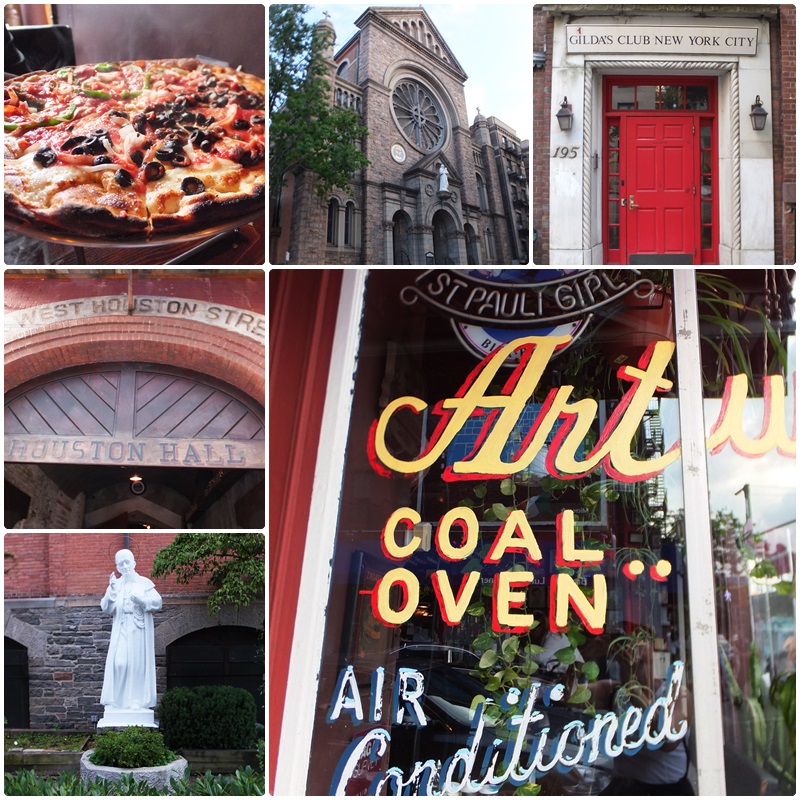 A walk on Houston Street and dinner at Arturo’s