Salerno, Italy: A Visit to the Lungomare and the Villa Communale

On April 19, 2013, a new travel adventure started: Southern Italy! I was going to spend the first ten days of my four weeks in Europe in Campania, the region surrounding Naples. Over the preceding few months I had worked out a detailed plan of places I was going to visit which included a couple of days in Salerno, six days in Sorrento and then finally two days in Naples itself. Some of the local regions I planned to visit included the famous Amalfi Coast as well as the storied island of Capri. I had been anticipating this trip for a long time and was really excited when I touched town at the Naples Airport, collected my luggage and came out into the bright warm sunshine while back home, in Toronto, people were still reeling from a long winter.

After my arrival in Naples around mid-day I took the local Buontourista Bus to Salerno. While waiting for the bus, I connected with a sporty woman roughly my age who was wearing hiking boots and a backpack. We sat in the bus together and immediately had a wonderful connection. Eva hails from the south of Germany and was going to spend a week by herself, hiking along the mountains of the Amalfi Coast. 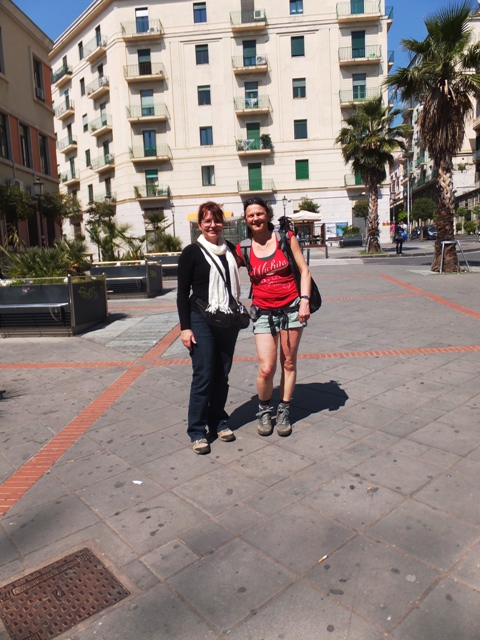 Eva and me in Salerno

Eva has done a lot of hiking in the Alps as well as on the island of Menorca where she stayed with a local artist. As a female solo traveler, it’s always wonderful to link up with interesting fellow travelers and I definitely plan to stay in touch and hear more about her exciting trip along this beautiful stretch of coastline.

By about 3 pm I had arrived in Salerno and said goodbye to Eva. In my rusty Italian I asked for Via Canali,  my accommodation destination for the next two days. I had booked two nights in a private room with a local host and as I was walking along the cobble-stoned narrow street called Via Roma, I heard my name: “Susanna, Susanna”. And it was indeed my hostess, Annarosa, who recognized me from my online profile photo. 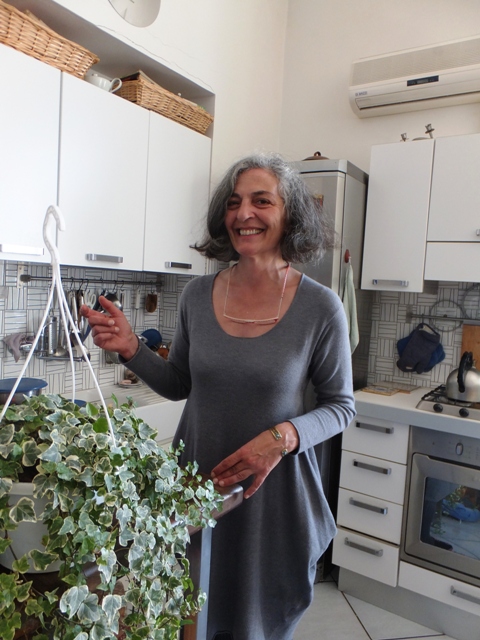 Annarosa, my gracious hostess in Salerno

She scooped me up and we walked to her apartment in the old, historic centre of Salerno. She helped me carry my heavy suitcase up two stories and we arrived in her spacious apartment. I had a nice private room and private bathroom and was able to use her kitchen. Annarosa equipped me right away with some local maps and some great advice of what to see on my first afternoon in Italy.

By 3:30 pm I was ready to do my first bit of sightseeing in Salerno. I walked back along the Via Roma, one of historic Salerno’s main streets, and looked for the tourist information, which ended up being closed until 5 pm. So I turned right and headed down to the Lungomare, the city’s beautiful waterfront promenade. 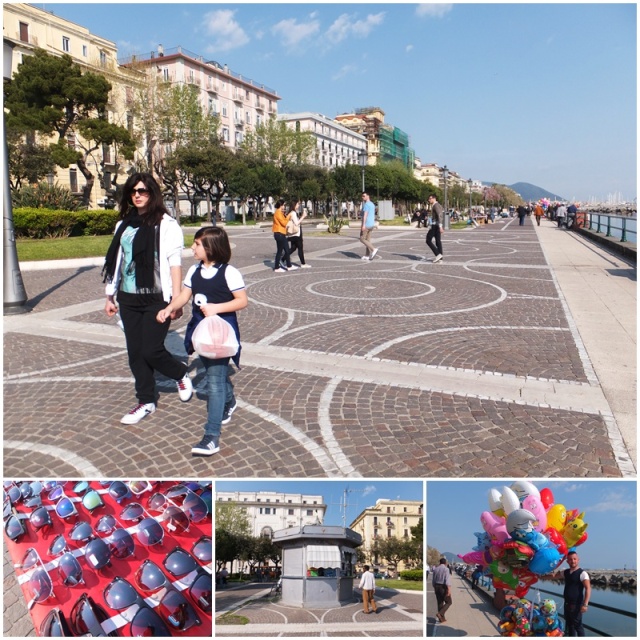 With about 145,000 inhabitants, Salerno is a sizeable regional centre in Italy’s Campania region. It is an important port town and was incidentally where the allies landed in September of 1943, and this was the beginning of the liberation of Italy. One thing that Salerno is famous for is the “Schola Medica Solernitana”, a medical school that dates back to the 9th century that was the primary source of medical information throughout Europe at that time. Close by are several archeological sights, such as Paestum, as well as Pompeii and Herculaneum. And of course, Salerno is the eastern gateway to the Amalfi Coast.

I continued my walk westwards along the palm-fringed Lungomare and marveled at the views over the Bay of Salerno. Locals were taking walks or sitting on the low stone walls that are framing the grassy areas surrounding the waterfront. At the western end, next to the Teatro Verdi, I dropped into a tourist office in that location and was served by two young, extremely helpful people who equipped me with more info about Salerno as well as with bus schedules for nearby Amalfi, Ravello and Sorrento. Outfitted with the basics, I strolled across the street through the Villa Communale, a beautiful public park that was designed in 1874. It’s most famous feature is the Fountain of Tullio, which is surrounded by a lush botanical garden that was well attended by local families with young children. 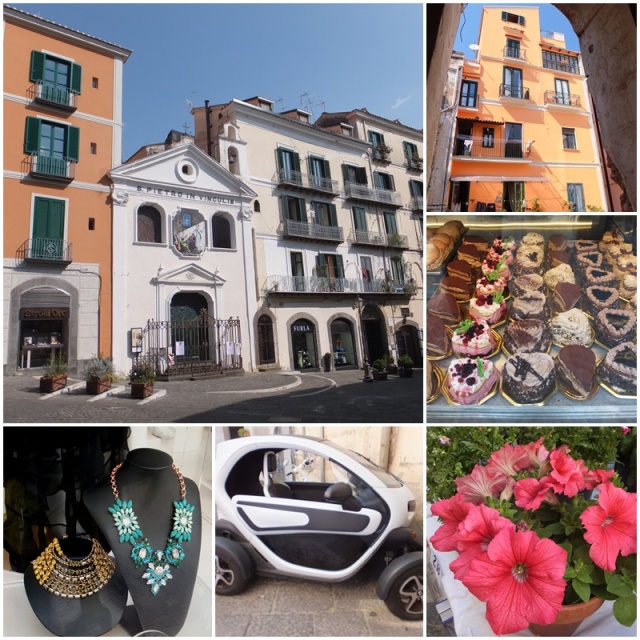 The next point on my sightseeing walking tour was the picturesque Giardino della Minerva, a historical botanical garden on the western side of Salerno.