Salerno, Italy: The Giardino della Minerva, the Presepe Dipinto and the Duomo of Salerno

After my initial visit of Salerno’s waterfront promenade, the Lungomare, and the Villa Communale public park, I continued back into the historic quarter of the city. I found the “ascensore”, the elevator that takes you up some distance along the steep slopes of Salerno and releases you close to the Giardino della Minerva, one of Salerno’s main sights. This botanical garden was originally an herb garden and used for teaching purposes at the medieval medical school of Salerno. 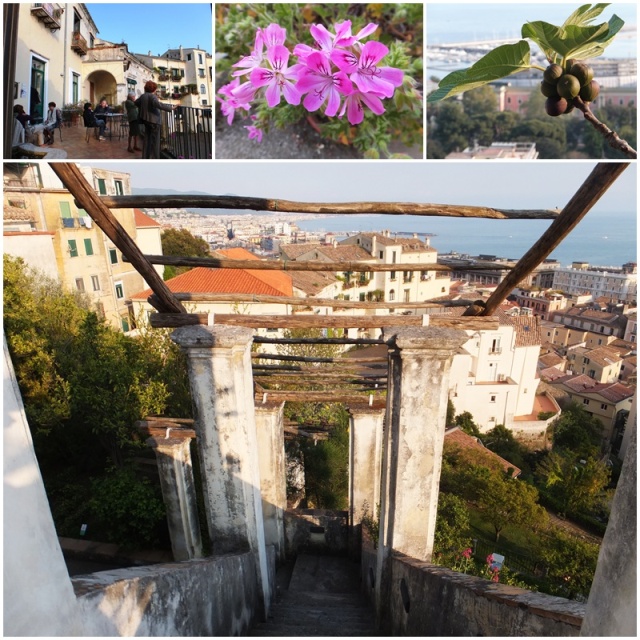 This picturesque garden stretches upwards on several terraces at the western end of the city and provides absolutely incredible views over the port of Salerno. These historic gardens were established in 1300 AD and became a private garden of a mansion in the 17th century. After WWII, the last owner bequeathed it to an asylum for the poor and since then the City of Salerno has owned this gorgeous piece of property. Today, the Giardino della Minerva has a small tea room and hosts many social and educational events. It is just a peaceful place of serenity and beauty.

From here I headed back on the Via Roma again into the old central quarter of Salerno. Shortly after,  I arrived at the Duomo, Salerno’s medieval cathedral. Outside the cathedral, a small farmers market was still going in the late afternoon, and local women were selling goat cheese, various home-made hazelnut sweets, as well as fruits and vegetables. Lemons grow everywhere in this area, and are the basic ingredient for Limoncello, a very typical liqueur in this area that is made from alcohol, lemon rinds and sugar. 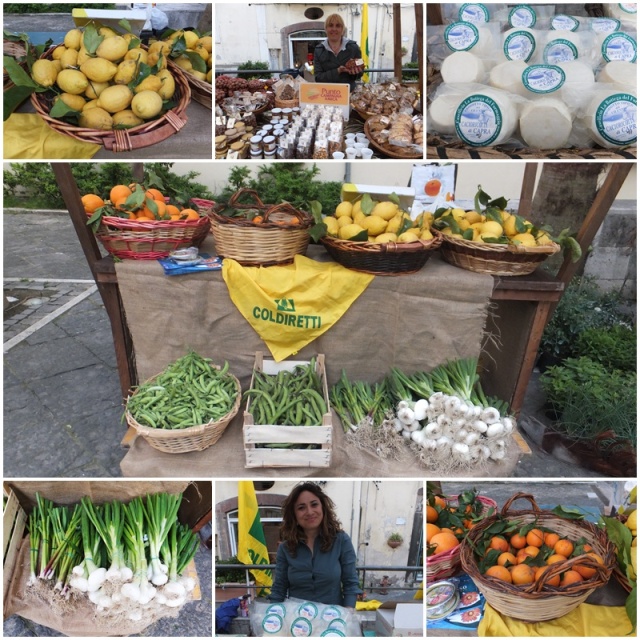 After tasting some delicious hazelnut treats and goat cheese I walked across to the Duomo and saw a special exhibition on the ground level of the cathedral’s western wall. The “Presepe Dipinto” (literally translated: “painted nativity scene”) is exactly that: a nativity scene with 157 life-size figures that were painted by local Salerno artist Mario Carotenuto. The depictions are amazingly realistic, so when you walk into the cavern-like room, it feels like you are surrounded by a collection of biblical-era human beings. The lighting and the shadows against the walls create a dramatic atmosphere and the nativity scene even includes scenes from daily life.

Then it was time to explore the Duomo itself. Dedicated to Saint Matthew whose tomb is located inside the building, the cathedral of Salerno is an imposing structure that was consecrated in 1085 AD. While the exterior displays a Romanesque design, the interior was remodeled during the late 1600s and now boasts Baroque decorations. Most striking is the cathedral’s bell tower. Built in the mid-12th century, it reaches a height of 56 metres and reflects an Arab-Norman architectural style. 28 antique columns grace the entrance’s portico and several Roman sarcophagi are on display here. The impressive Duomo of Salerno is the city’s most famous sight. 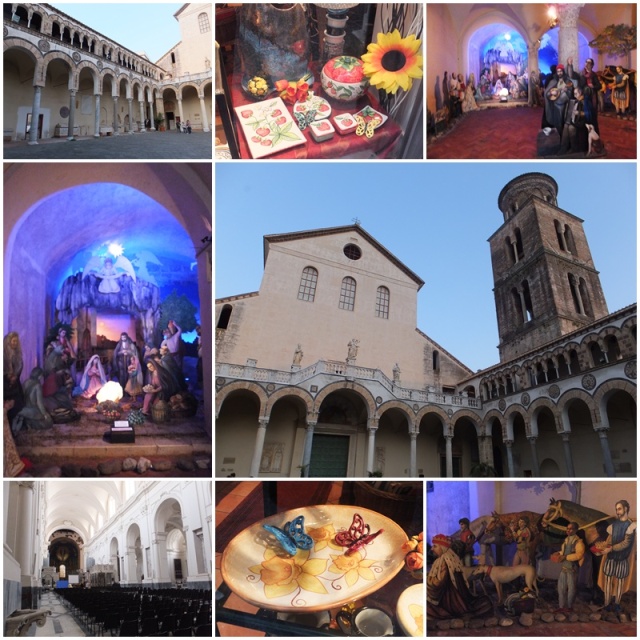 The Cathedral of Salerno

After all these intense explorations of Salerno I was ready for dinner, so I headed south towards the waterfront to the Lungomare Trieste, a major road that has a large collection of eateries. On this warm evening, I sat down outside on the terrace and enjoyed my first Pizza Margherita in Campania and rewound my first impressions of Salerno in my head.

This had been a very busy day, and tomorrow would continue the same way, with a visit to the famous coastal town of Amalfi.