The sun was beaming down again on March 6, 2014 when I took the local bus into downtown San Miguel de Allende. In the morning I sat down with a long-term local resident who is also a real estate agent to learn about life in San Miguel. We also talked extensively about retiring in Mexico, a popular topic among many Canadians and Americans who are trying to escape the cold winters. For lunch I headed into a restaurant called “El Ten Ten Pie” which is located just steps away from the awe-inspiring parish church of San Miguel. In addition to an attractive dining room that is decorated with unique paintings, El Ten Ten Pie also has a great outdoor sitting area which is located at the back of the parish church. I picked a very Mexican specialty: chicken breast with huitlacoche (which is actually a fungus that grows on corn), accompanied by a squash blossoms and goat cheese dressing, served with rice and sautéed vegetables. 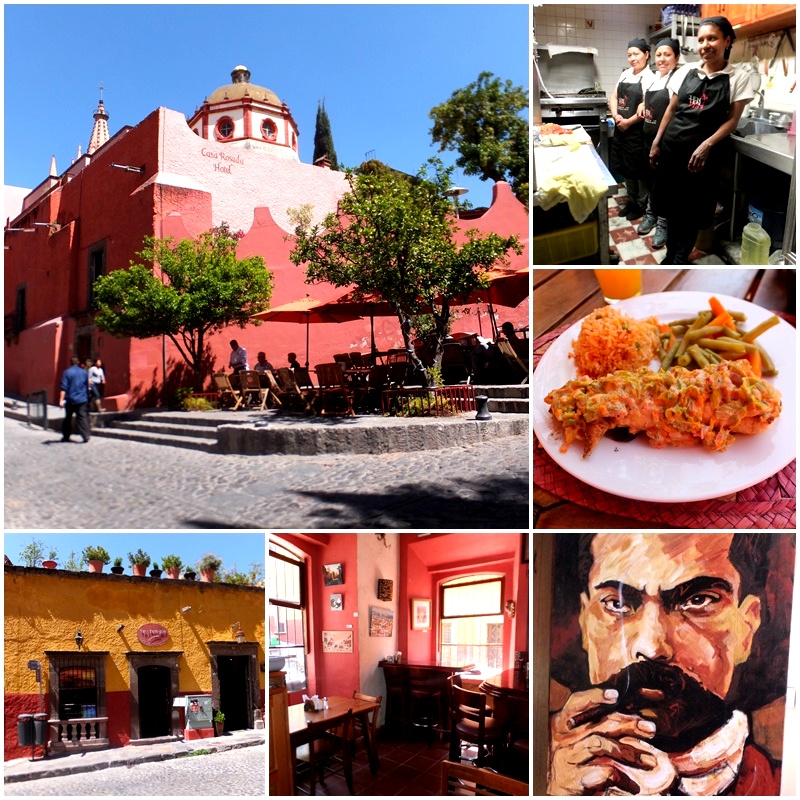 After lunch I went to explore “La Esquina”, the Mexican Folk Toy Museum in San Miguel de Allende. Founded by local resident Prof. Angélica Tijerina who received her first Mexican toys from her father, she has grown her toy collection for more than 50 years and now exhibits more than 1000 original objects in a historic mansion just two blocks from the main square of San Miguel. Among the most popular dolls in Mexico are, of course, Diego Rivera and Frida Kahlo, the two iconic Mexican painters. 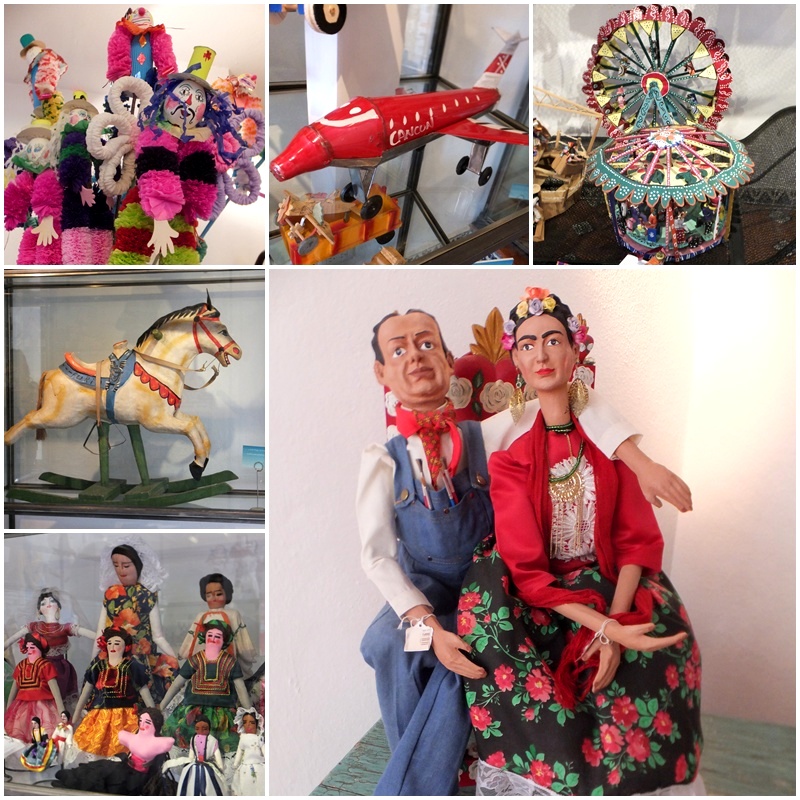 The Toy Museum in San Miguel de Allende exhibits a wide variety of toys and dolls from different regions of Mexico. Four rooms touch on different topics, such as “Playing Dollhouse” (with lots of dolls and toy kitchens for girls), another section next door for boys, featuring horses, trucks and airplanes; “Geography of the Toy” which exhibits a wide variety of objects from different parts of the country; “Unforgettable Mates” with depictions of animals made of wood, cardboard, clay and other materials, and “The Fair”, a room that displays carrousels, ferris wheels and other items traditionally associated with country fairs. Of course, a large display of masked wrestlers, depicting the “lucha libre”, Mexican wrestling, also has a prominent position. 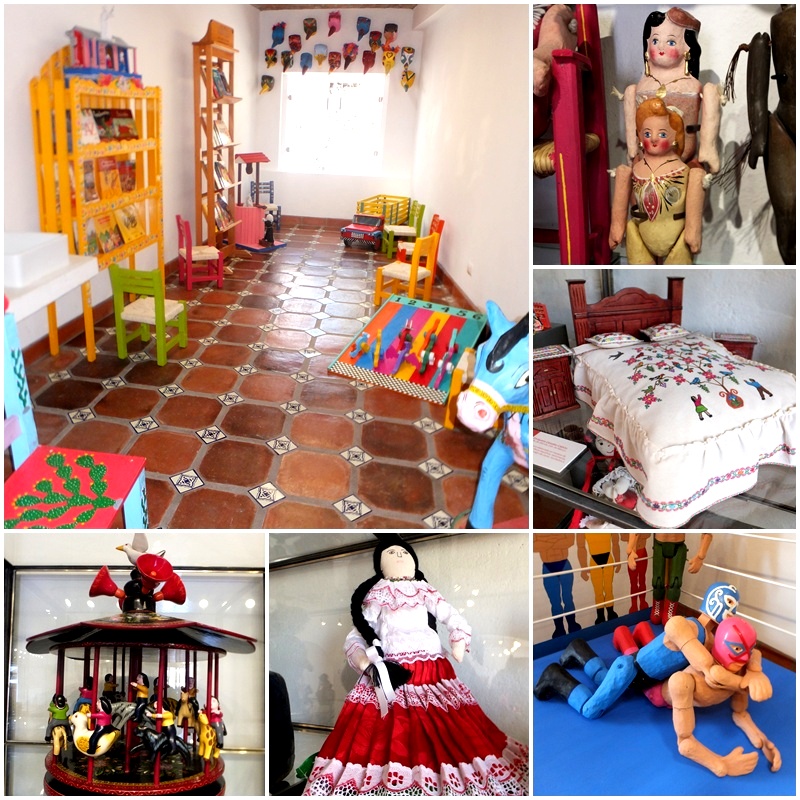 Last, but not least, I made my way all the way up to the rooftop of the Toy Museum of San Miguel de Allende. Like so many historic mansions in this city, this building also has a phenomenal roof terrace that provides gorgeous vistas on all sides over the rooftops and cupolas of San Miguel de Allende, a UNESCO World Heritage Site. The Toy Museum is a great educational institution and provides workshops for children, guided tours, courses and teacher training programs. 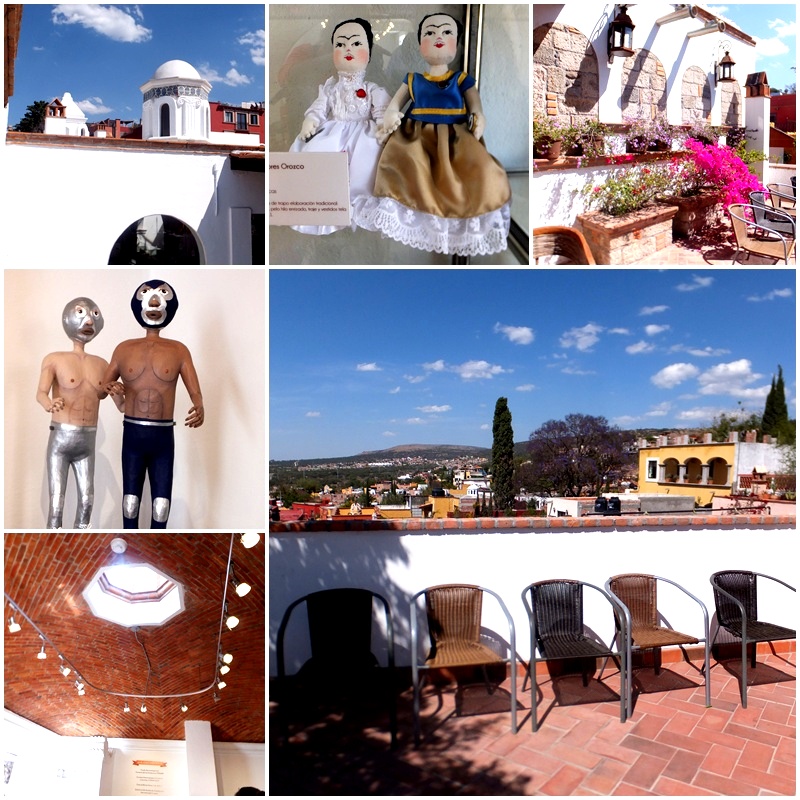