May 15, 2013 was my last full day in Switzerland and my amazing month-long adventure in Europe was rapidly coming to an end. The 120 km from Bern to Zurich were an easy drive and I arrived around noon in Switzerland’s largest city. After dropping off my suitcase at my hostess Erna Duran’s place, she equipped me right away with a map and city guide so I could start my sightseeing. After a 15 minute tram ride I arrived at the Liebfrauenkirche, the main Roman-Catholic parish church in Zurich. This impressive church was built in the late 1800 in the style of an early Christian basilica. Then I continued my stroll on the eastern bank of the Limmat River into the medieval old town of Zurich. 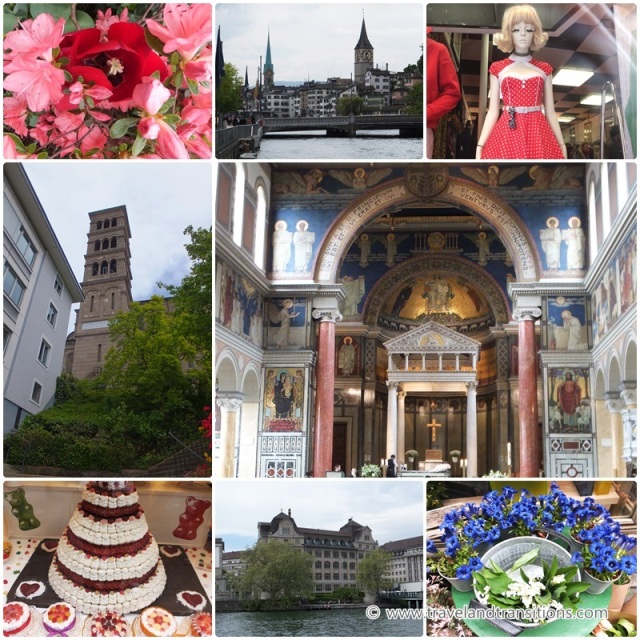 The Liebfrauenkirche in Zurich Switzerland

Along these stroll I passed through the arcades of several Zunfthäuser (guild houses), houses that were owned by medieval guilds which were associations of different merchants and artisans. Today, many of these late medieval houses house restaurants, shops and boutiques. 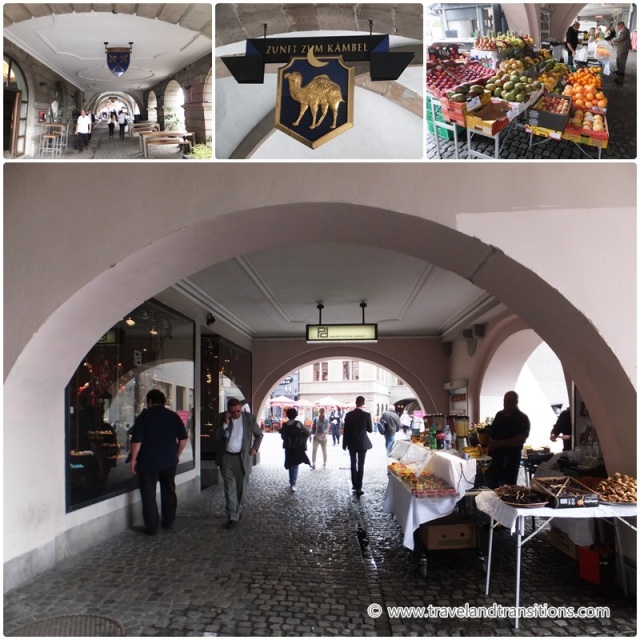 Strolling among the medieval guild houses of Zurich Switzerland

My walking tour of Zurich encompassed several primary sights of the city: the Grossmünster, one of Zurich’s icons with its twin towers. A church was already founded in this location by Charlemagne in the 8th or 9th century, but construction on today’s Romanesque and Gothic basilica started around 1100 AD. Across the Limmat River is the Fraumünster (Women’s Minster), which also dates back to the 9th century. It is most famous for the stained glass windows by Marc Chagall. 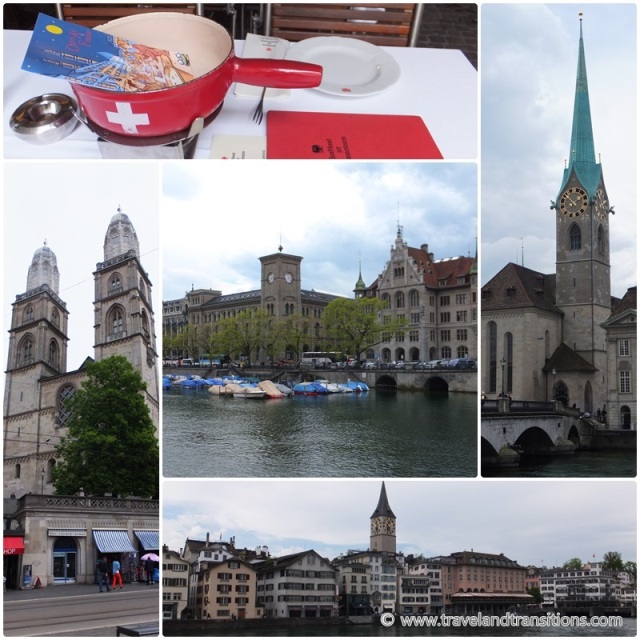 Zurich Switzerland has many impressive churches, e.g. the Grossmünster and the Fraumünster

I continued my stroll along the western bank of the Limmat River where I admired the narrow streets with their many specialty shops and restaurants. One of the main sights in this area is the St. Peters Kirche, one of the main churches in the old part of Zurich, whose clock face measures almost 9 metres across (28 feet). It is the largest in Europe. 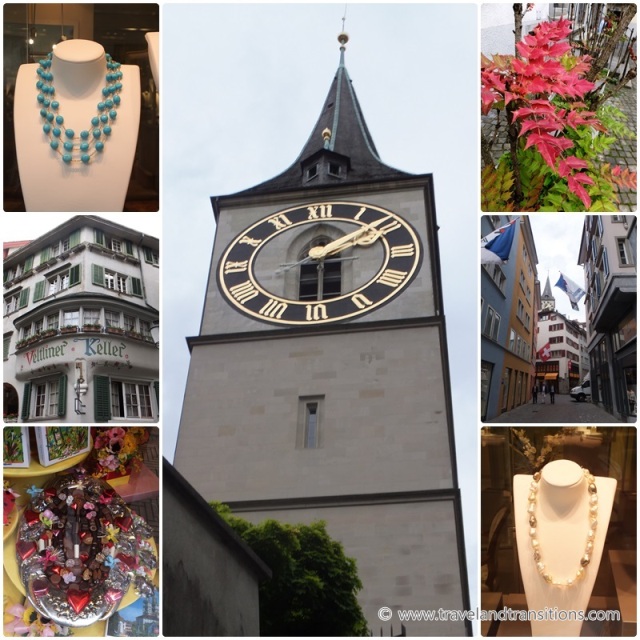 The huge clockface of the St. Peterskirche in Zurich, Switzerland

Then I hiked up the Lindenhof hill, part of the oldest core of the city which was already inhabited during pre-Roman times. It was also the site of a Roman castle and later held a castle during Carolingian times. The view from of the Limmat River and various city icons is truly phenomenal. Past Lake Zurich, the high Swiss Alps are gleaming in the distance. 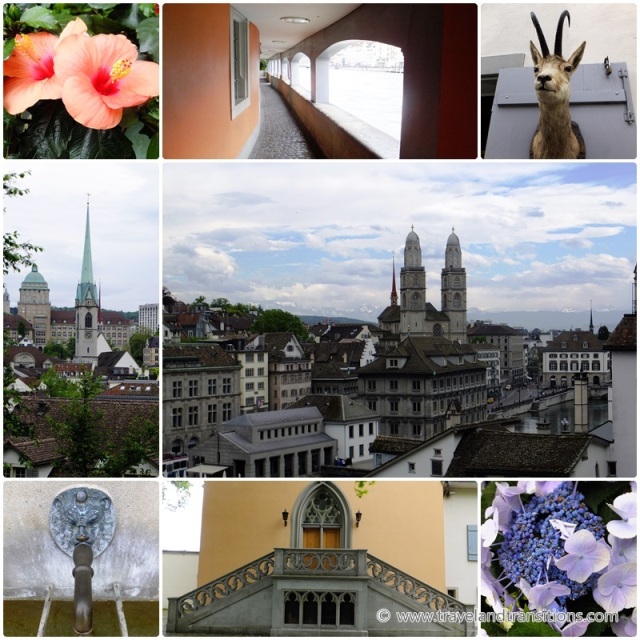 Great views of Zurich and the Swiss Alps from Lindenhof Hill

From Lindenhof I walked westwards to the Bahnhofstrasse, one of Zurich’s ritziest shopping streets. A 2011 study named Bahnhofstrasse as the most expensive street for retail property in Europe, and the third most expensive world-wide. Some of the stores include Chanel, Cartier, Armani, Prada, Ferragamo and many others. This street was originally built after the city’s foritifications were demolished in 1864. 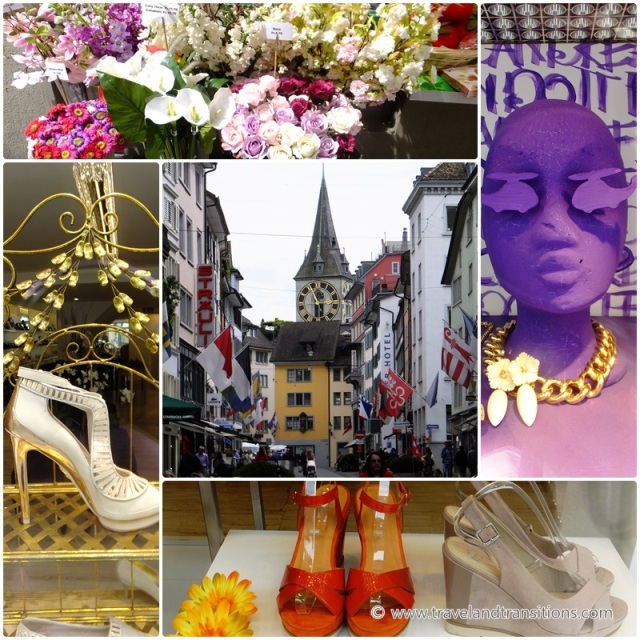 One of the attractions in Zurich’s Lindenhof area is the Urania Sternwarte, a public observatory with a refractory telescope. The observatory offers guided tours and a variety of special events. Inside this 1907 heritage building, now a designated historical monument, there is also a bar and a restaurant.

After all this sightseeing it was now time for a late lunch, so using my transit day pass, I hopped on the tram again and headed over to the east side of Zurich to the Römerhof Square to relax a bit and try some Swiss cuisine. 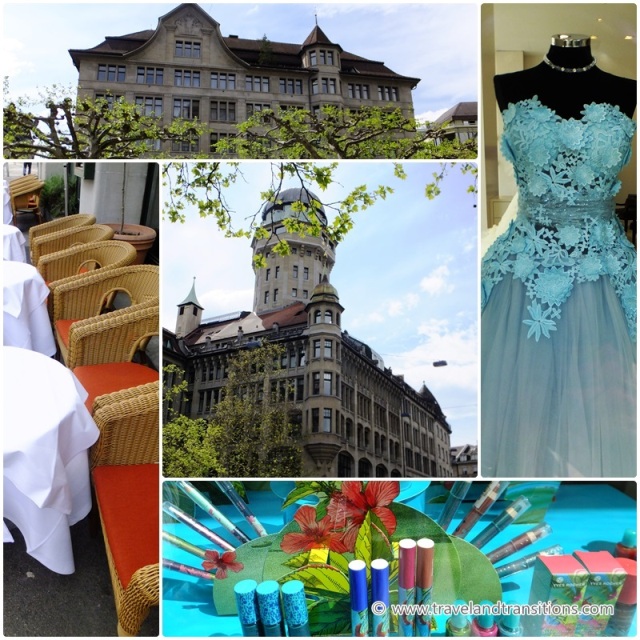 The Urania Sternwarte in Zurich Switzerland