Recently I had a chance to get to know Fort Erie, a city that many Canadians and Americans know mostly as a border crossing town. But Fort Erie is much more than that; it is an interesting place in its own right that evolved from several historic communities. It is even the location of some important archeological finds. In this interview, museum curator Andrea Wilson will tell us more about the group of museums that are located in Fort Erie.

1. The Fort Erie area has been settled for more than 10,000 years. Please tell us a bit about the early history of Fort Erie.

Archaeologists have been digging into the past in Fort Erie since the late 1800’s and have found evidence of people here over 12,000 years ago. The following are archaeological descriptions of the people who left behind clues to their lives. The Paleo-Indians were nomadic hunters and the first to arrive as the glaciers were receding from the area.   The transition from Paleo-Indian period to the Archaic period coincided with the growth of the deciduous forest. In Fort Erie, the high quality chert stone (similar to flint stone) and the Lake Erie fishing were key resources for these people. The chert was made into tools for trade across North America. The Woodland period introduced ceramics and increased community identity. Mewinzha, our archaeology gallery, houses examples of objects found through archaeological digs from all these periods.

2. Please give us an overview of Fort Erie’s history since European settlement.

The origin of Fort Erie as a place name is tied to the development of the military post here in 1764. A scattering of houses and trades grew near the fort, but it was when the United Empire Loyalists arrived after the Revolutionary War in the United States that the Fort Erie area began to grow and develop. It wasn’t until 1970 that the Town of Fort Erie came into being. Prior to that it was called Bertie Township and made up of many small communities including the Village of Fort Erie, the Village of Bridgeburg and the Village of Crystal Beach. 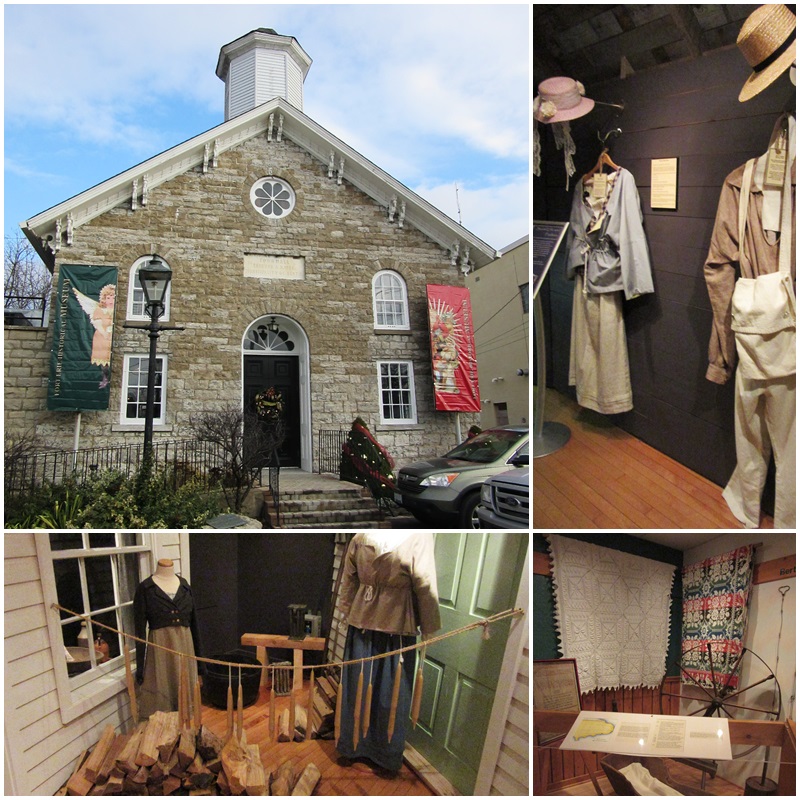 3. Your museum has several sites. Please tell us about the Historical Museum in Ridgeway. What kind of building is it located in? What kind of exhibits can one see there?

The Fort Erie Historical Museum is housed in the old Bertie Township Hall built in 1874. This is a limestone Italianate building built by the Edsall brothers using local limestone. Over its history it housed the Township offices, Council Chambers, the Police Department, the Town of Fort Erie Roads Department and the Historical Museum. There are two exhibit galleries. The permanent gallery focuses on the communities and the Battle of Ridgeway. The temporary gallery currently has two exhibits about the War of 1812 and what it was like to be a resident here living through the war. In the fall this gallery will feature the exhibit Made In Fort Erie. A gift shop with local history resources, local authors and artists completes your visit. The museum houses an archive which is available by appointment for research. Admission to this facility is by donation.

4. Mewinzha is a gallery that honours the First People that lived in the Fort Erie area. Please tell us more about this gallery.

You can uncover thousands of years of human history in Fort Erie at Mewinzha, which is a native word meaning a long time ago. The exhibit features archaeological artifacts recovered from the Peace Bridge site. With the redevelopment of the Peace Bridge Plaza further investigation yielded more detail into the activities happening at this site centuries ago. This gallery is open Monday to Friday from 9 am to 4 pm, and is not open on weekday holidays.

5. The Peace Bridge is one of Fort Erie’s most recognizable landmarks and it is also one your museum sites. What can one see at the Peace Bridge location?

The exhibit The Bridge that Peace Built is located on the second floor of the Buffalo-Fort Erie Peace Bridge Authority building. It traces the history of river crossings between Buffalo and Fort Erie and the interconnections between our communities. Included is a panorama image of the opening of the bridge in 1927 and a viewing window over Peace Bridge to compare to today. This gallery is open Monday to Friday from 9 am to 4 pm, and is not open on weekday holidays.

6. You also have a Railway Museum that is open seasonally. What is on display at this location?

Visitors are invited to step back in time and experience the romance and reality of the railway era. Visit the exhibitions housed in the waiting room of the Ridgeway Station, or exploring the station’s telegraph office. Those seeking a little more adventure can explore the interior of the 1944 CN 79138 caboose or climb into the engine cab of the 6218, the last steam engine to carry passengers along the rails in Canada. Railway memorabilia and historic books are available in the gift shop located in the historic BI, Bridgeburg Station. Admission to the site is by donation. 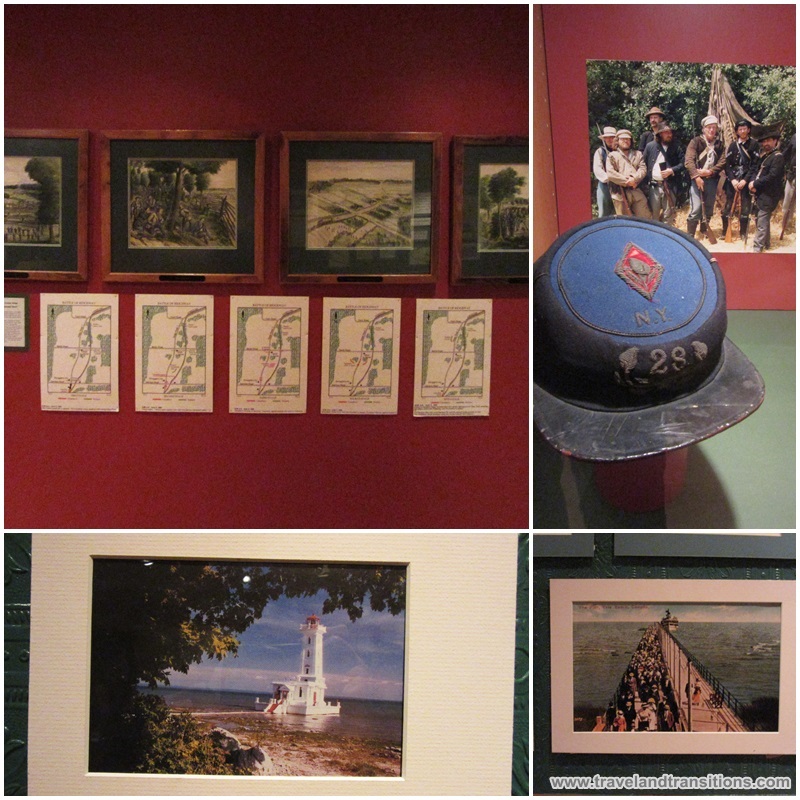 7. Please tell us briefly about the tourist and excursion railway lines that used to operate in Fort Erie.

At the Fort Erie Railway Museum there is an exhibit with images of the various railway lines that operated in Fort Erie. This includes some small specialty lines such as the Peg Leg Railway, the Dummy, the Sandfly Express or Peanut Special. These lines carried people to the local attractions or to Buffalo for shopping. These along with images of all the small stations in the small villages and towns of Fort Erie point to a very rich railway history.

8. The Ridgeway Battlefield is one of Fort Erie’s most important historical sites. What kind of battle was fought there and why?

On June 2, 1866 our community was invaded by Irish American Fenians, as part of a series of Fenian Raids across Canada. Their goal was Irish independence and if successful, it was thought Canada could be bartered for Irish home rule. The battle was fought by a group of militia including the Queen’s Own Rifles, the Royal Hamilton Light Infantry and the York Rifle Company. The success of the Fenians at Ridgeway was a shock, and provided another reason to create an independent Canada and with its own military force.

9. What can one see there today? Are there any re-enactments or special events going on at this location?

The Battle of Ridgeway Memorial Park is a lasting reminder of this battle. Fort Erie Museum Services has installed an outdoor exhibit about the Battle of Ridgeway and the Battle at the Fort Erie Docks. A small house, moved to the battlefield in 1976, was a witness to this event. The exterior of the house has exhibit panels that add to the story of the battle from the eyes of the locals who lived through it.   In 2016, the 150th anniversary of this Battle will be commemorated by the community and the military forces who were involved.

10. You also have an exhibit in the atrium of the Fort Erie Town Hall. What is on display there?

The town hall has a single showcase featuring artifacts from the museum collection. These change three to four times a year.
Thank you, Andrea, for this great overview of the diverse historical museums that one can visit in Fort Erie. I look forward to seeing the Railway Museum, Mewinzha, the museum at the Peace Bridge and your other locations later this year. 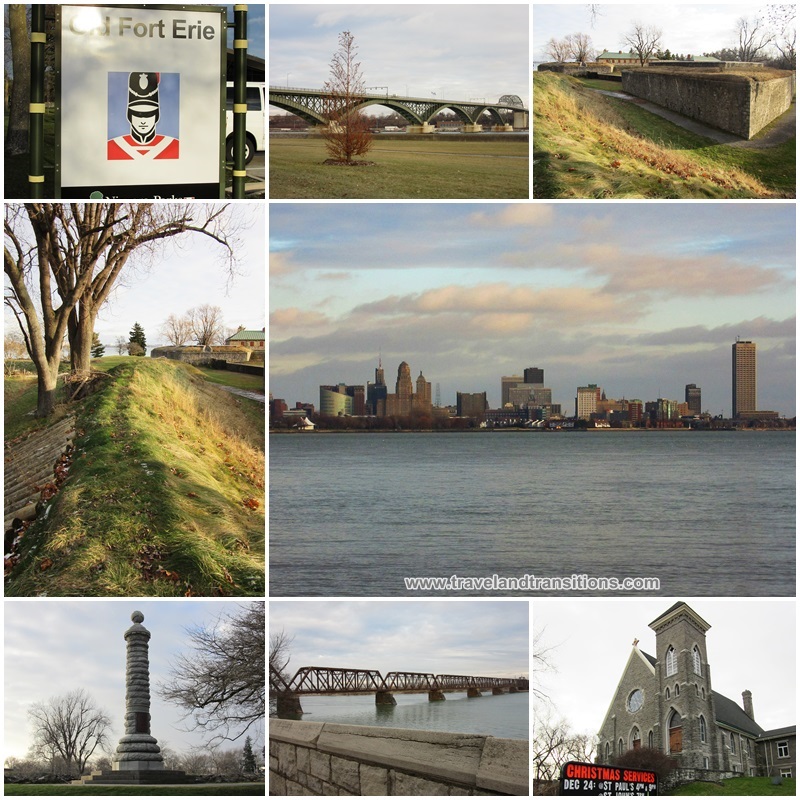