Any Montreal travel itinerary should include a visit to Old Montreal, the city’s historic heart.  Montreal is an exciting city in the Canadian province of Quebec and one of Canada’s economic and cultural centres. It impresses the visitor with its avant-garde architecture, historic heritage and vibrant arts scene.

Exploring Old Montreal will give you in-depth insight into the history of the development of this famous city. Enjoy all that this area of Montreal has to offer by visiting these following interesting sites.

Place Jacques-Cartier is the main town square in Old Montreal. This public gathering place comes alive in the summer while hosting many art festivals, terrace restaurants and garden dining. During the Christmas season Place Jacques-Cartier looks like a winter wonderland with all the beautiful Christmas lights. This square was named after Jacques Cartier, one of the explorers of Canada. Place Jacques -Cartier is the heart of Old Montreal and very close to all the important sights of the area. 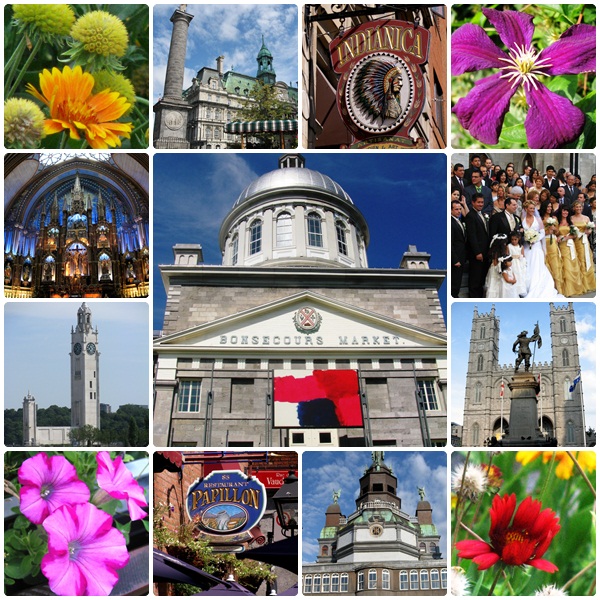 Montreal City Hall is located at the top of Place Jacques-Cartier and is one of Canada’s preeminent examples of the Second Empire architectural style. Its design is reminiscent of the city hall in the French City of Tours and the building has been a National Historic Site in Canada since 1984.

The Old Port (Vieux Port) is located at the foot of Place Jacques-Cartier, along the St-Lawrence River in Old Montreal. In 1605 French explorer Samuel de Champlain set up a fur trading post by the river in an area that became the birthplace of Montreal. The riverfront views from Old Port are relaxing and great for outdoor activities such as walking, skating, and cycling. The Montreal Clock Tower is located here as well and is a historic site that should not be missed along a stroll of Old Port.

Construction of the Bonsecours Market (Marché Bonsecours) started in 1844 and for over a century, this market was the main market in Montreal and was also the location of the Parliament of United Canada for a short period of time in 1849. Today the Bonsecours is filled with cafes, small shops, boutiques, galleries and restaurants. This is a wonderful experience to dine in a historic area.

Rue Saint-Paul is one of the oldest streets in the city and was laid out along a former path used by the local native people. Today it holds many restaurants, bars, souvenir shops, clothing and gourmet food shops and is a popular location for a stroll and for window-shopping.

Notre-Dame Basilica is one of the most impressive Gothic Revival anywhere and a National Histori Site of Canada. Construction of the current church began in 1823 and the church was consecrated 6 years later. The church is adorned with colorful designs and outstanding stone and wood carvings. Musical performances and masses are regularly scheduled and open to the public. Handel’s Messia is performed every year at Christmas.

Pointe-à-Callière is Montreal’s Museum of Archeology and History. Built in 1992, it showcases Montreal’s history, heritage and archaeological sites. This museum has won multiple international and national awards for its successful presentation of Montreal’s archeological and historical legacy.

House in a former Flemish-style fire hall, the Centre d’histoire de Montreal is a unique museum that holds exhibits that provide insights about the rich history of Montreal. This three story building is filled with exciting displays that showcase historic and contemporary events that have shaped current Montreal.

The Montreal Science Centre was established in 2000 and is a very family-oriented science museum. It has an IMAX theatre and a wide array of interactive exhibits. The unique interactive features of the museum make this a great family learning experience.

The Château Ramezay Museum is housed in a historic building from 1705 that was occupied by the then governor of Montreal. This National Historic Site of Canada is now used as a museum that presents 30,000 objects of Montreal’s history. It is adjoined by a scenic garden and also features a restaurant.

Montreal travel experiences offer much in culture, art and history throughout every season of the year. Old Montreal, in particular, is one of the jewels of this city and one of the most historic areas in all of North America. It should be on the to-do list of every visitor to Montreal.