Austria Travel: A Visit to my Hometown of Weiz in Eastern Styria

After an amazing 10 days in Southern Italy, April 30, 2013 was the first day in my native country of Austria. I arrived in my home town of Weiz when all the spring flowers were in full bloom.  Weiz is located in eastern part of the Austrian province of Styria whose regional slogan is “the green heart of Austria” and it is always a regular part of my European itinerary to visit my family. 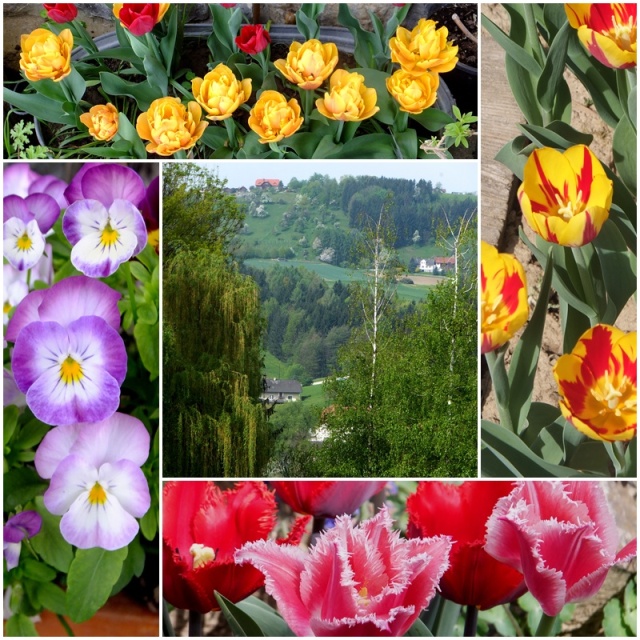 Austria in the spring

Weiz is an attractive town with a population of about 9,000 people and is located in the eastern foothills of the Alps in the Austrian province of Styria. With its hills, rivers and castles, this part of Austria, although relatively unknown, is very picturesque and a great destination for active travel. Styria has very diverse landscapes, from the high Alps in the north, to the pleasant castle-dotted hills of the east, the fertile vineyards of the West and the volcanic thermal region in the South.  And it is one of Austria’s reasonably priced travel secrets where you can spend a great vacation without breaking the bank.

In the afternoon of April 30 I took my first walk through my home town. Weiz has many historic houses that date back to the 16th and 17th centuries when merchants and craftsmen started to settle here. Although a rather small town,  Weiz has several structures that are of interest to travelers. The spacious main square, first of all, is seamed by colourfully painted merchants’ houses, many of which were built in the 1500 and 1600s. 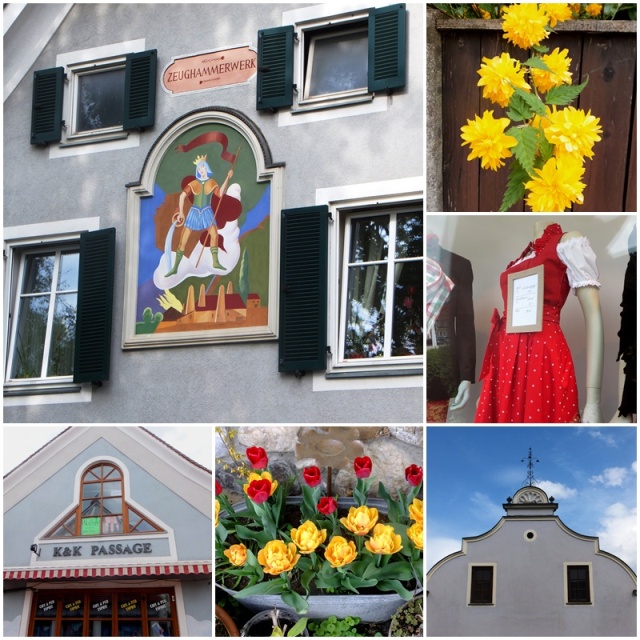 At the top of the main square is the historic Taborkirche, a walled church that also played a defensive role and was mentioned in local records in 1188 AD. Dedicated to St. Thomas of Canterbury, this stout Romanesque structure is now a historic monument. On the eastern side of Weiz, perched on a hill overlooking the town, is the Baroque-era Weizbergkirche, a pilgrimage church that carries the name of the Church of St. Mary. There was a church here already during the early 12th century, but today’s imposing structure dates from 1758.

The centre of the town is graced by a pedestrian-only square called Südtirolerplatz (South Tyrol Square) which is surrounded by various cafés, pastry shops, stores and a restaurant. It is the frequent location of festivals and outdoor events that draw hundreds of visitors from the surrounding area. On the west side of this square is the so-called “Weberhaus”, whose construction started in the 17th century. Today, it is a cultural centre that is home to a gallery, a café, the municipal library and a jazz cellar. 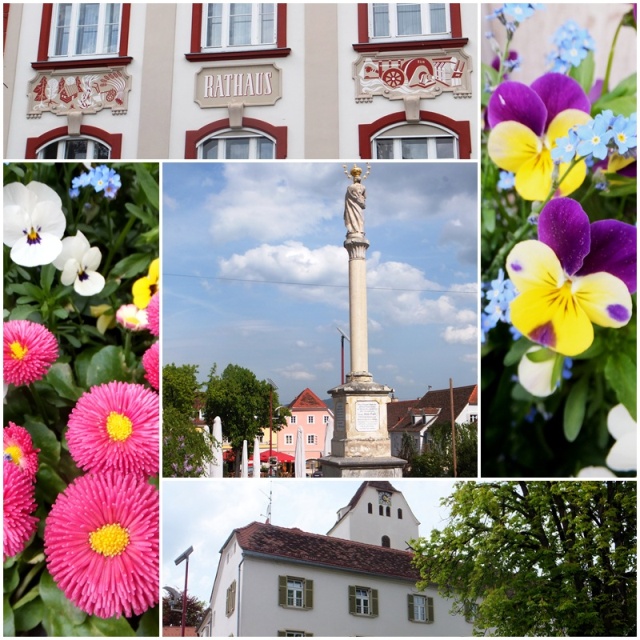 The main square of Weiz

Near the Weberhaus is a more recent cultural addition in this town: the Kunsthaus Weiz (literally translated “Art House Weiz”), a modern glass-enclosed structure that frequently hosts concerts as well as a gallery. Given its small size, this town hosts a surprisingly large number of international art and music events.

Steps away from this neighbourhood is the local river called the Weizbach. It is surrounded on both sides by streets with lots of retail stores and boutiques. Next to the river is Schloss Radmannsdorf, a castle that was built in the mid 1500s and is the seat of today’s regional court. There is quite a bit of history in this small provincial town. 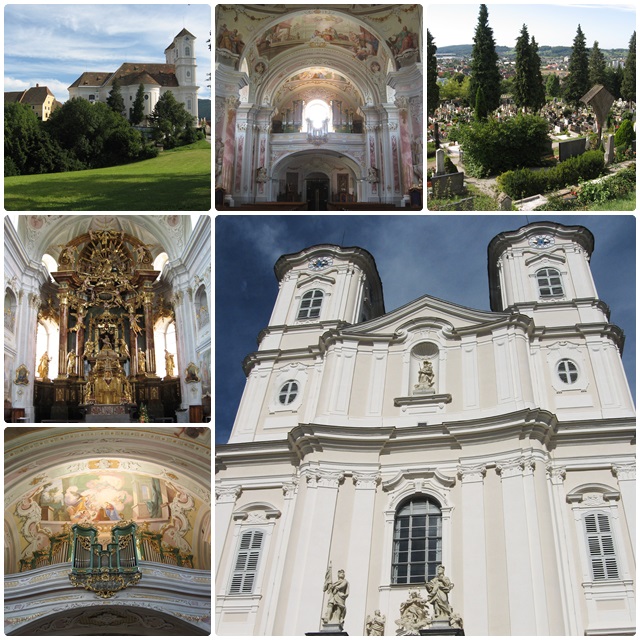 The town of Weiz is a pleasant small town with various short-distance excursion opportunities. First of all, Styria’s capital, Graz – Austria’s second-largest city, is less than 30 kilometres away. In the immediate surroundings you can find the Weizklamm, a steep limestone gorge that connects the town of Weiz with the mountain highlands of Passail and St. Kathrein am Offenegg. Very close to the town are several limestone caves: the Grasslhöhle is the largest show cave in all of Austria, and the Katerloch offers a one kilometer long guided tour among impressive stalactites and stalagmites. The surrounding hills and mountains offer countless opportunities for enjoyable getaways.

After 10 exciting days in Southern Italy, I was glad to have arrived in my home country to be able to spend nine special days with my family.