Culture, Farmers’ Markets, Churches and a High School Reunion in My Home Town of Weiz

On May 23, 2014 our time in Vienna came to an end and we boarded a train back to Graz, Austria’s second largest city. From there it wasn’t far to my home town of Weiz where I would spend the next four days. After catching a rest in the afternoon, we were ready for a bit of culture: the summer concert by the municipal orchestra with music by Mozart, Bizet, Offenbach, Verdi, Smetana and Leonard Bernstein. The first half featured three young local pianists aged 14, 16 and 17, who demonstrated their impressive skills while the second half of the program was highlighted by two young sopranos who sang popular tunes from Carmen and West Side Story. Even in a small town of 9000 souls, culture is an important part of everyday life. 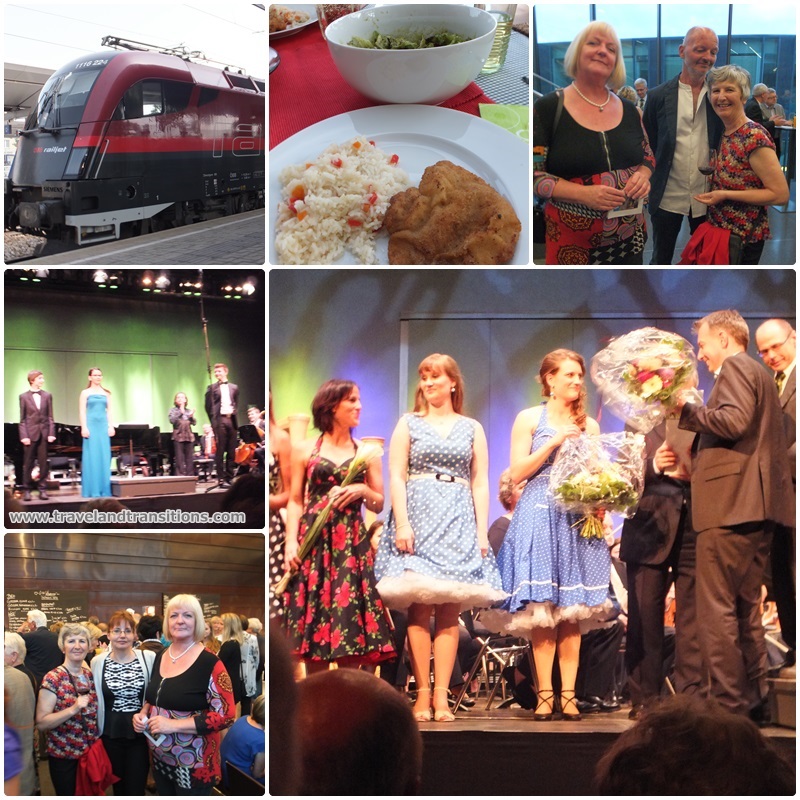 A beautiful concert in Weiz

The next day the sun was shining again as I embarked on my first walk through my home town. Weiz is a small town in the Austrian province of Styria that is embedded in the foothills of the Eastern Alps. Although the entire area was settled thousands of years ago, the town itself was first mentioned in 1188 AD. It is an important local industrial town with significant automotive and electrical manufacturing plants. The old centre of town is very pretty with many brightly painted houses that were built for wealthy merchants in the 16th and 17th centuries. 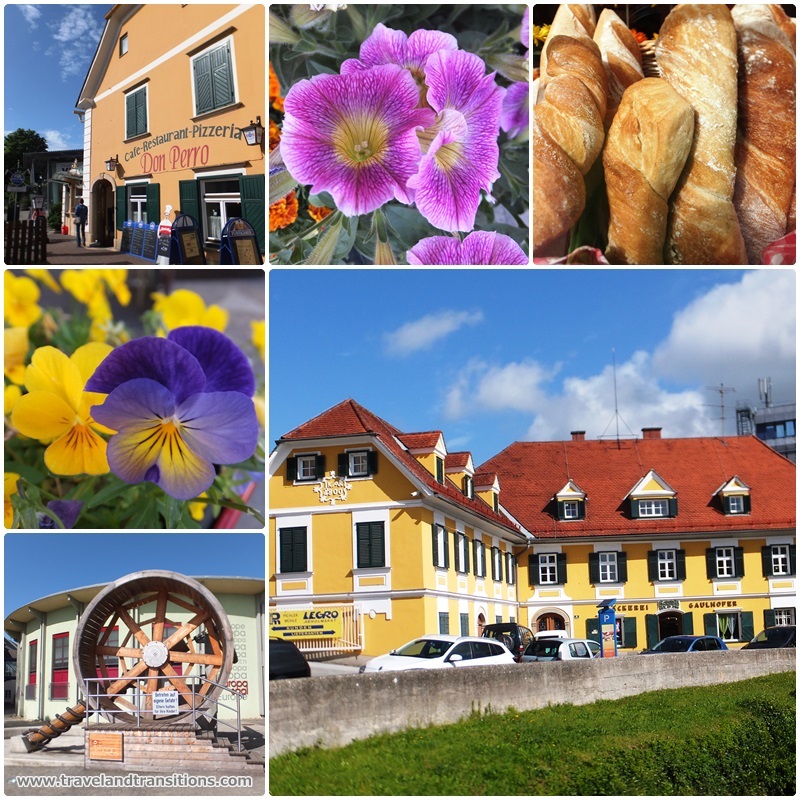 Weiz has two important squares, the main square and the second most important square – the Südtirolerplatz (South Tyrol Square). This square is located in the town’s pedestrian zone and is a frequent location of local festivals and open-air concerts. Several cafes feature patios which provide a perfect spot for people-watching. 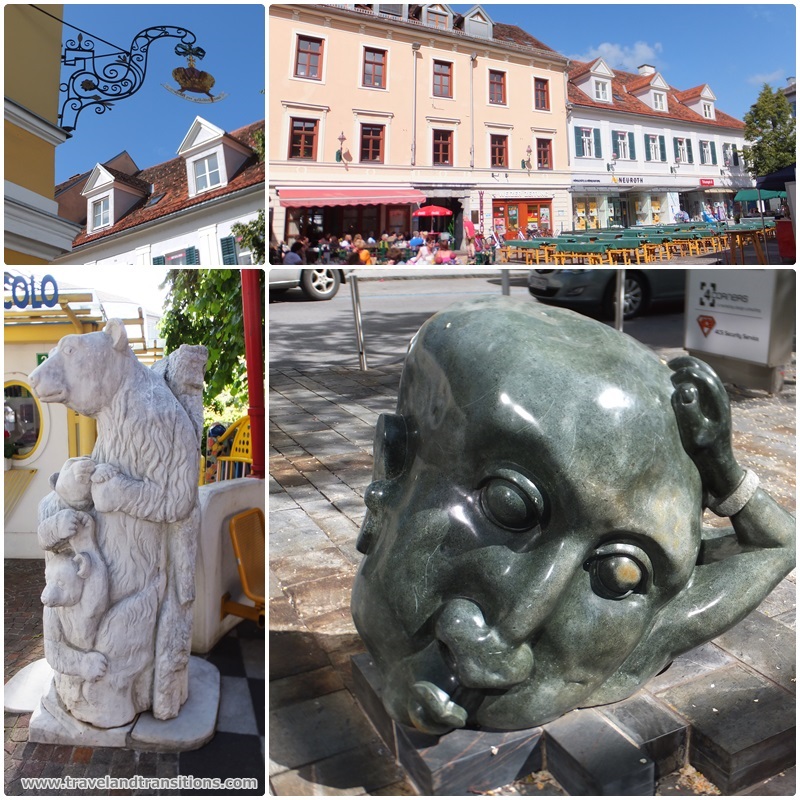 The Südtirolerplatz, a great square for people watching in Weiz

I continued my walk through my hometown of Weiz and visited the main square. Every Wednesday and Saturday it hosts the local farmers’ market where fruits, vegetables, smoked meat, home-made bread, and schnapps are sold by farmers from the area. In the centre of the main square is a plague column, a religious monument that was built in gratitude for the ending of the plague. Columns like these can be found all throughout Central Europe, and they are reminders of the plague pandemic that ravaged Europe from the 14th to the 16th centuries. 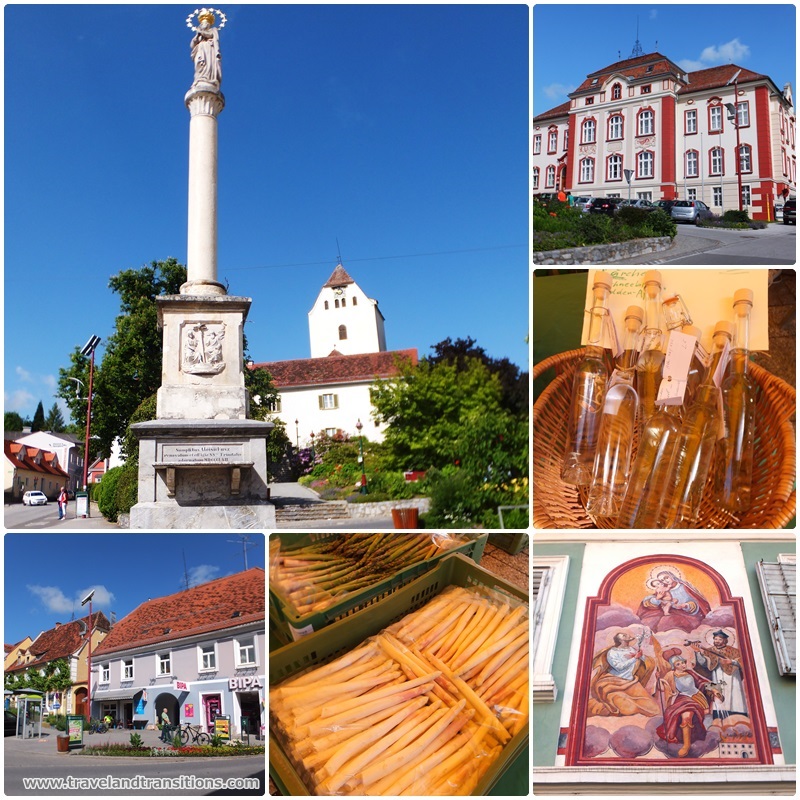 The farmers’ market on the main square of Weiz

The most important historic attraction on the main square of Weiz is the Taborkirche, also referred to as the St. Thomas Church, which first appeared in written records in 1188 AD although the church was in existence for some time before. Even the Romans had settled in this part of Austria about 2000 years ago, and several Roman gravestones have been integrated into the façade of the church. The organ and the Baroque altarpiece date back to around 1770. The church was actually part of the town’s fortification and had a moat, a draw bridge, several guard towers and shooting slits to defend against enemies. This part of Austria was near the border and enemy incursions were always something to guard against. 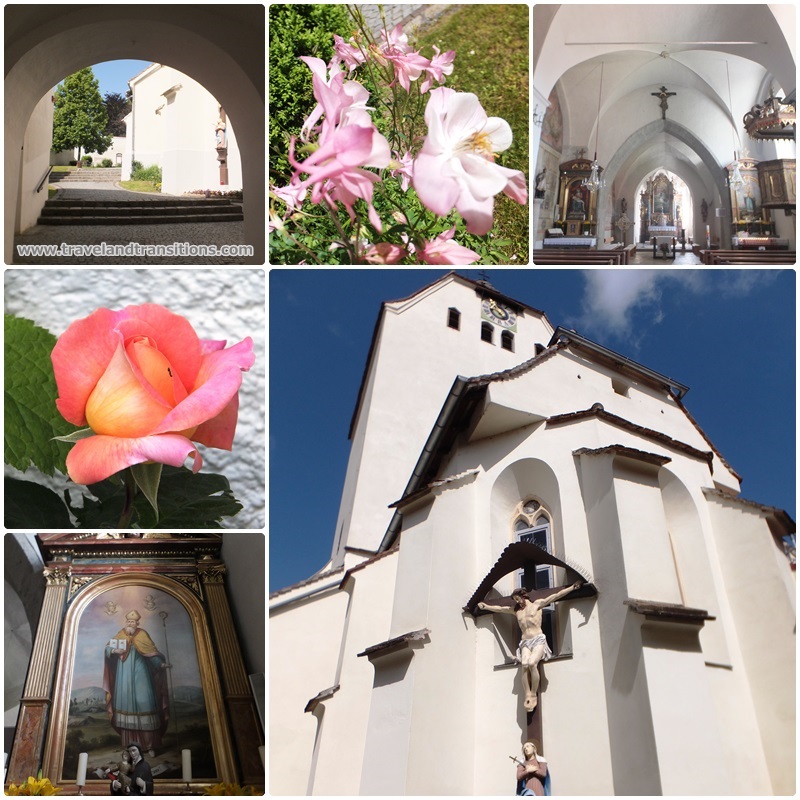 The Taborkirche, a fortified church, is the oldest building in Weiz

In addition to the Romanesque St. Thomas Church, the main square of Weiz is the location of several merchants’ townhouses that surround the square. Weiz is the largest town in Austria’s region of Eastern Styria and is embedded in the rolling foothills of the Alps. Regional tourist attractions include the Feistritztal Steam Train, a narrow-gauge train that has been operational since 1911 and visits several picturesque mountain villages. Given its location in the Southern Limestone Alps, there are also several large caves in the area and two scenic gorges, the Raab River Gorge, and the Weiz River Gorge. The entire area is a great destination for nature lovers, bicyclists and hikers. 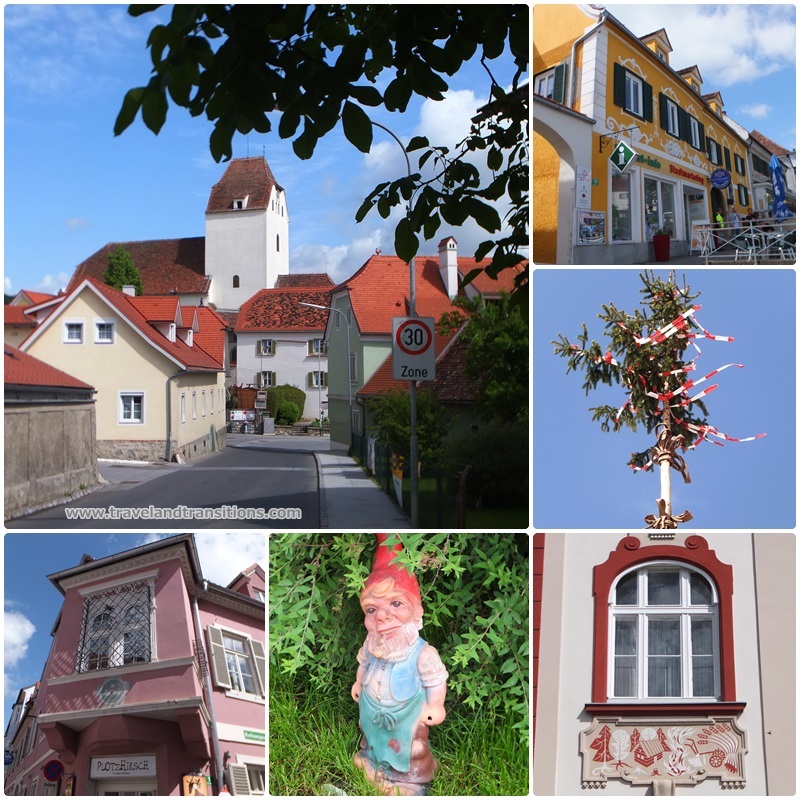 More images of the main square of Weiz

In the evening I attended a big event: my 30th high school reunion. About 20 of my friends from school gathered at our high school and with one of our former math teachers we got a tour of what the building looks like today, 30 years after we graduated. None of us could believe that three decades had passed since we finished high school. Fortunately, pretty much all of us were still in good shape and definitely ready to party. In the late afternoon we went for dinner to a local restaurant and spent the rest of the evening at the bar, chatting and catching up. There were many people there that I had not seen for 10 years or more, and it was great to reconnect with everyone. 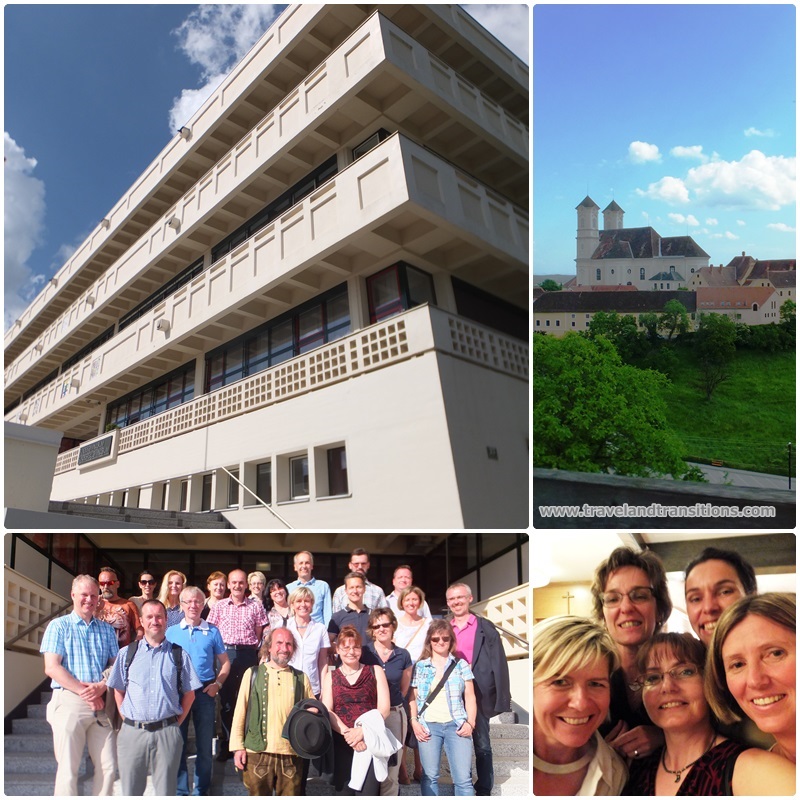 Our high school reunion in Weiz