A Visit to the Quirky Hundertwasserhaus, a Bike Ride on the Donauinsel and Other Explorations around Vienna

Vienna is not short on iconic destinations, and we continued our May 22, 2014 sightseeing adventure with a visit to the Hundertwasserhaus, a whimsical multi-coloured apartment house with irregularly shaped windows and onion domes. This unusual structure was designed by Austrian artist Friendensreich Hundertwasser and built in collaboration with architect Joseph Krawina. Hundertwasser (“a hundred waters”), who was born Friedrich Stowasser, had become one of Austria’s most illustrious contemporary artists by the late 1900s. The balconies and roof of the Hundertwasserhaus feature more than 200 trees and shrubs, making it a green oasis in the middle of the city. Today, the iconic Hundertwasserhaus can only be viewed from outside but a café and souvenir shop across the street provide lots of shopping opportunities and information about the artist. The café at the bottom of this one-of-a-kind structure screens a free film where Hundertwasser himself leads the viewer through this building. 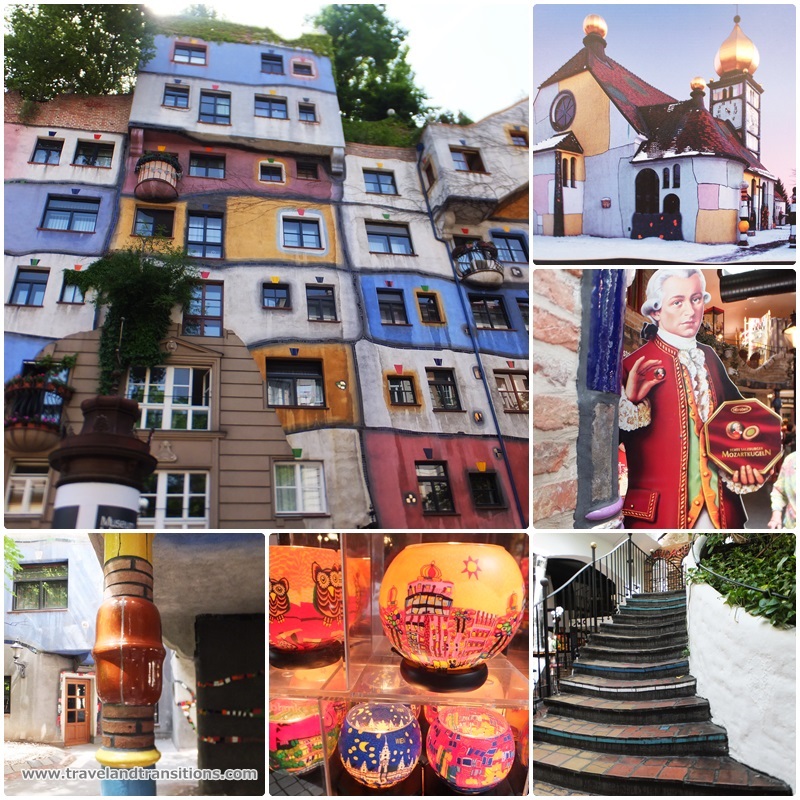 A unique icon in Vienna: the Hundertwasserhaus

Minutes away by tram from the Hundertwasserhaus, one of Vienna’s most famous and quirky landmarks, we went for lunch to Osteria Stradina, an Italian restaurant that has been owned by the Alberti family since 1906. We sat down and relaxed a little on the road-side patio. Right next door is Gelati Alberti, one of the most popular ice cream shops in the Austrian capital, whose scrumptious gelato we had already sampled a couple of days ago. Vienna has a very diverse culinary scene, from typical Central European fare, to Italian, Greek and other Mediterranean cooking to virtually any kind of international and exotic cuisine you can think of. 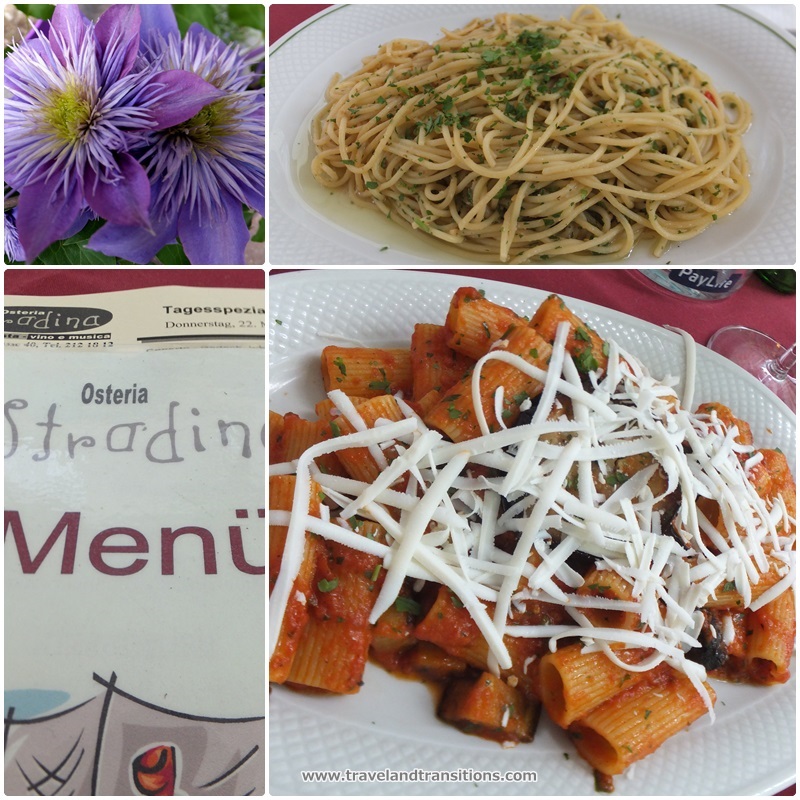 A pasta lunch at Osteria Stradina

Our Italian pasta lunch had prepared us for our next – somewhat physically demanding – adventure: a biking tour on the Donauinsel (Danube Island). We rented bicycles near the Reichsbrücke (literally translated: “Empire Bridge”), and started cycling northwards, crossing over on to the Donauinsel, an artificial island that was created between 1972 and 1987 as part of Vienna’s flood protection system. The island is 21 kilometers long but only between 70 to 210 metres wide. We cycled north close to the town of Klosterneuburg which has a famous monastery that dates back to 1136 AD. Popular with bicyclists, rollerbladers, swimmers and even nude bathers, the Donauinsel also frequently hosts festivals and special events. The most famous event is the Donauinselfest, an open-air free music festival that is reportedly Europe’s biggest open air event with almost 3 million visitors. 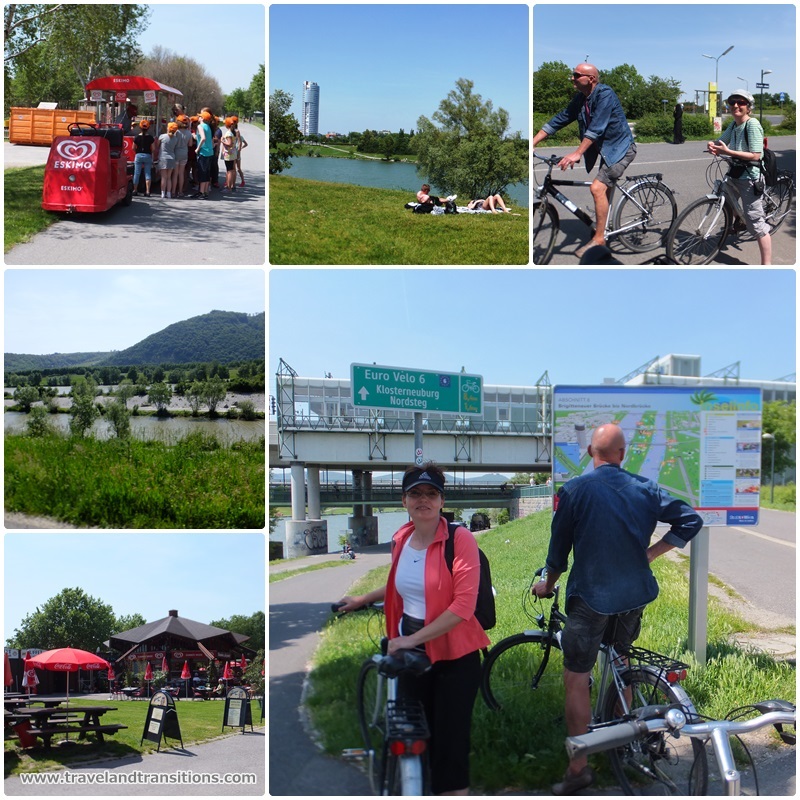 Cycling on the Donauinsel (Danube Island)

After a nice bike ride on Danube Island we took the subway back into the centre of Vienna for another evening stroll in the Austrian capital. We walked past the Baroque Peterskirche to the Hofburg imperial palace. We passed through the grandiose entrance on the Michaelerplatz (Michael’s Square) to an interior courtyard and arrived on the west side on the Heldenplatz (Hero’s Square) which is dominated by a semi-circular wing of the castle, the “Neue Burg” (new castle) that today is home to the Austrian National Library. The Spanish Riding School and the offices of the Austrian president are also located within the vast former Habsburg castle complex. The Hofburg consists of about 10 buildings whose architectural styles range from Gothic to 19th century historicism. 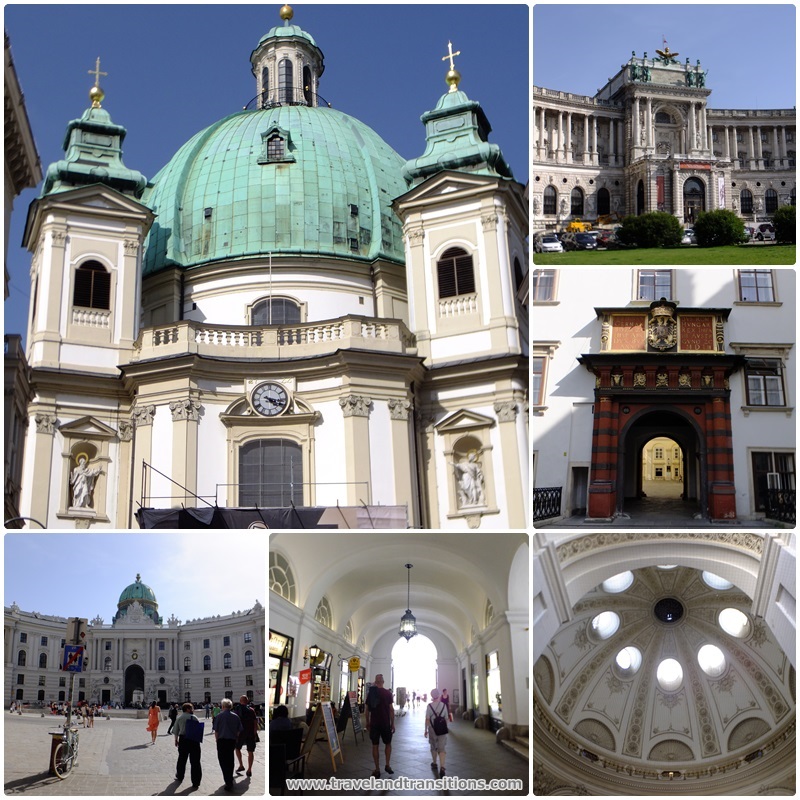 The magnificent Peterskirche and the Hofburg Castle

On the south-east side of Vienna’s Hofburg castle complex is a beautiful garden, the Burggarten (“castle garden”), which is always full of students who are stretching out on the lawn when the weather is nice. In order to satisfy a craving for Viennese coffee we headed to the Palmenhaus, a café-restaurant that is located in a stunning Art Nouveau greenhouse that was built in 1901. The Palmenhaus has a great patio that overlooks the Burggarten and is a perfect place for a sightseeing break in the middle of Vienna. 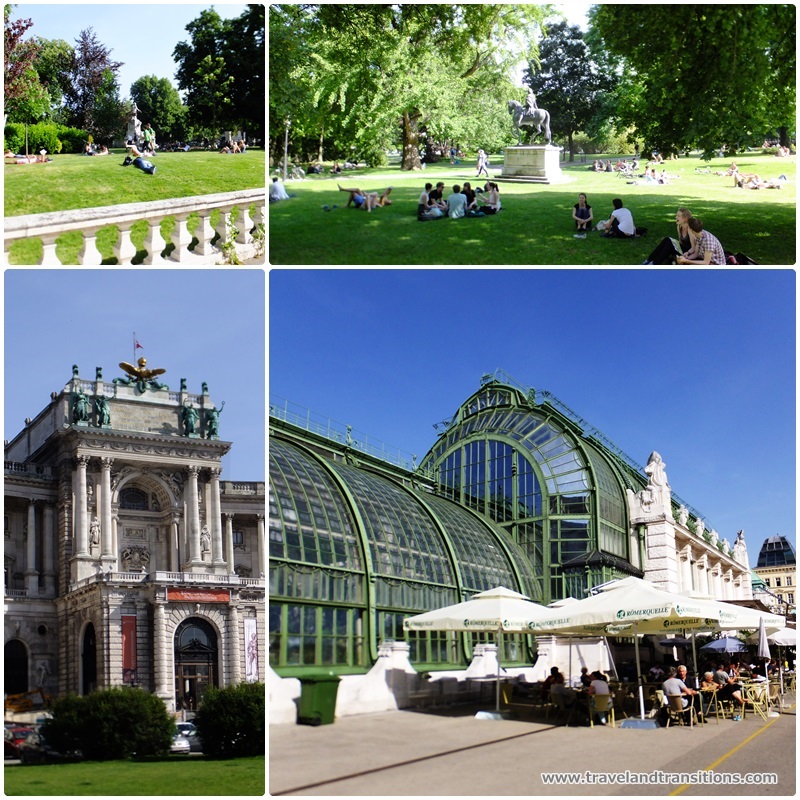 The Palmenhaus, always a great spot for a coffe

To finish off a full day of activities in Vienna, we headed to the Mariahilferstraße, the longest shopping street in Vienna where you can find all major department stores as well as shops selling electronics, furniture, fashion and all other goods imaginable. Surrounding this street is Vienna’s 6th District which has a variety of attractions, including the Torture Museum, the Glass Museum, the Condomi Museum (which indeed focuses in birth control) and the Haydn-Haus where composer Joseph Haydn lived during the last stage of his life until he passed away in 1809. The Mariahilfer Kirche is the most important church in the area and contains an image of the Virgin Mary by Lucas Cranach the Elder. The district is also home to some of Vienna’s most important theatres: the Raimundtheater as well as the Theater an der Wien. Another unique attraction is the Haus des Meeres (“House of the Sea”) aquarium which is located in one of the concrete flak towers that were built during the Second World War. There is just so much to see all over Vienna. 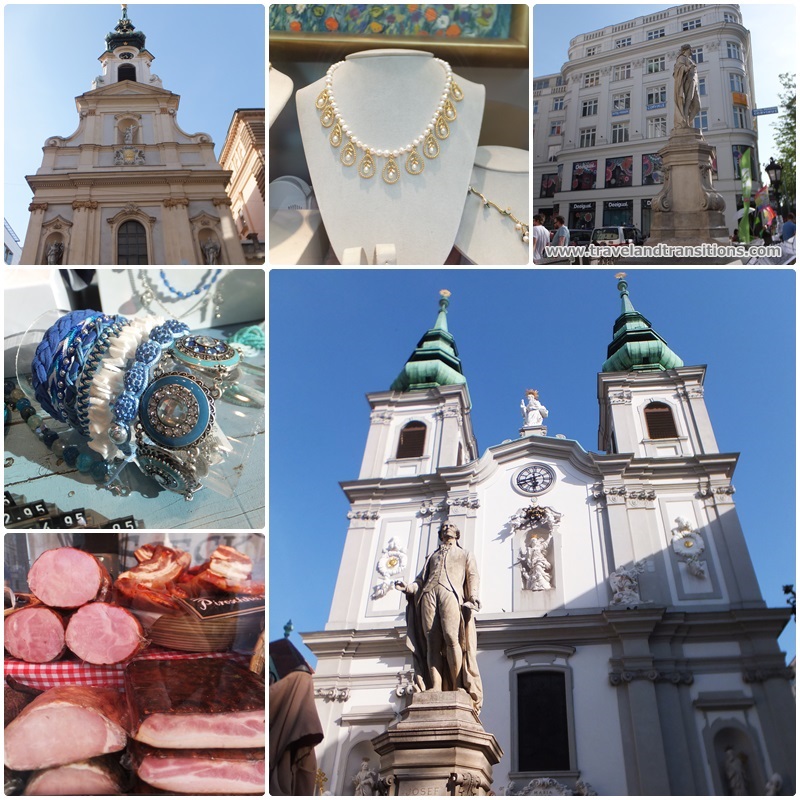 The Mariahilferstraße, one of Vienna’s most important shopping streets