Spectator sports-related travel is a huge part of tourism across the world, whether it’s the Olympics, soccer championships, Formula 1 races or other big sports events. Well, we are huge tennis fans, so for us attending some of the world’s most renowned tennis tournaments is a real treat. Being located in Toronto, we have attended the Rogers Cup in Toronto and Montreal as well as the US Open in New York City. In March of 2015 we embarked on a special trip to see BNP Paribas Open in Indian Wells, California, often dubbed as the “5th Grand Slam”. Indian Wells is located in the Coachella Valley , near the famous resort town of Palm Springs. Together with three good friends, we stayed at the Indian Palms Vacation Club which turned out to be a great location. We had rented a townhouse so we could prepare some of our own meals, and we also had full access to the entire Indians Palms resort complex which includes a 27-hole golf course, several attractive pools and a tennis facility with five courts. This was the perfect home base for our tennis-themed getaway. 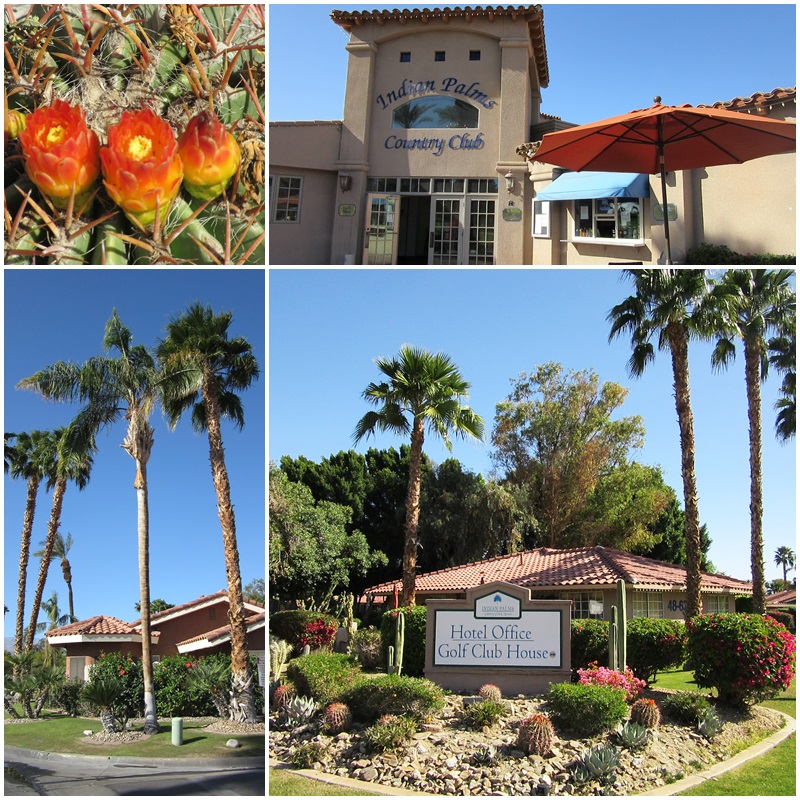 On our first day in California, we made a stop at the Indian Wells Tennis Garden, home of the BNP Parisbas Open, where we would be watching some great matches later in the week. We continued our drive westwards through the Coachella Valley and admired the stark desert mountains that frame the valley on both sides. We then headed to the Palm Springs Aerial Tramway, one of this town’s main attractions. We wanted to take it to the top but on this Sunday there were so many tourists that we would have had to wait more than 1.5 hours for the next available tram so we decided to do this excursion a few days later when it would be less busy. 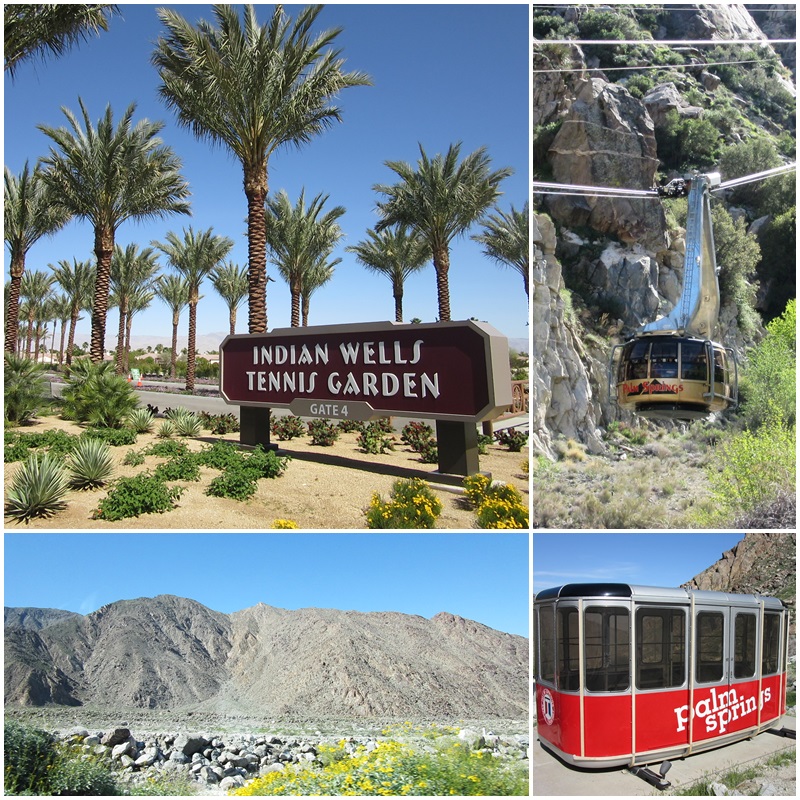 After our brief visit at the Palm Springs Aerial Tramway we drove downtown and stopped for a late lunch at Café Jasmin, A European-Mediterranean café with a great patio. We had a brief chat with the owner who splits his time between Palm Springs and Dubrovnik in Croatia. The various sandwiches that we had were delicious, and the Spanish-inspired architecture made for a pleasant environment. 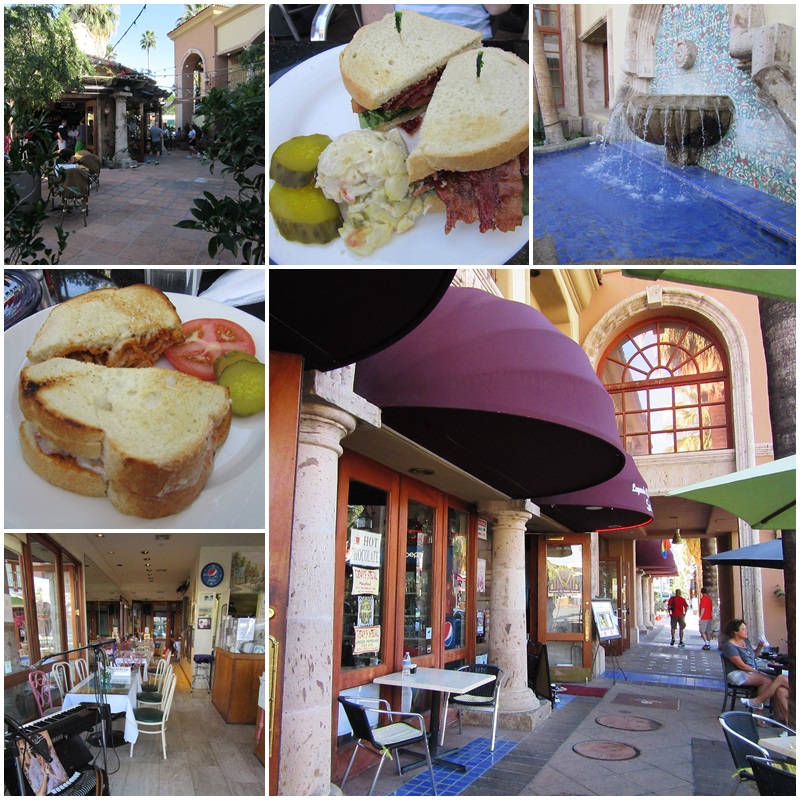 A late lunch at Cafe Jasmin in downtown Palm Springs

From our lunch spot on the patio of Café Jasmin we had a perfect view of a big party that was going on in the courtyard of Oscar’s Café and Bar right next door. Every Sunday, more than 100 people get together at the Sunday Fun Day Weekly Tea Dance, most of them from Palm Springs’ large gay community. A DJ was spinning fun disco tunes, and talented and colourful dancers were getting the crowd into a party mood. It was great fun, just sitting there, listening to the music and watching the party. 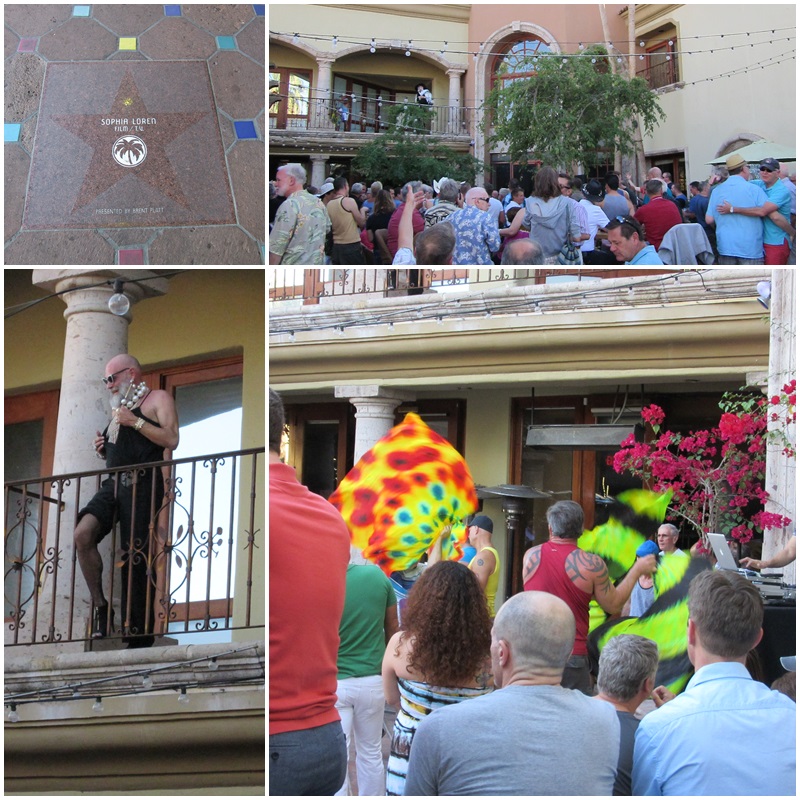 Every Sunday there is a big party at Oscar’s Cafe and Bar in Palm Springs.