Continuing our explorations in the Catskills region, we drove to Coxsackie, a historic town on the banks of the mighty Hudson River. The strange-sounding name is from a Native American language and means “owl’s hoot”. The town was settled as early as the 1650s by Dutch settlers as part of the New Netherlands. The picturesque riverfront is the location of a beautiful park with a nice gazebo that is often used for concerts and special events. 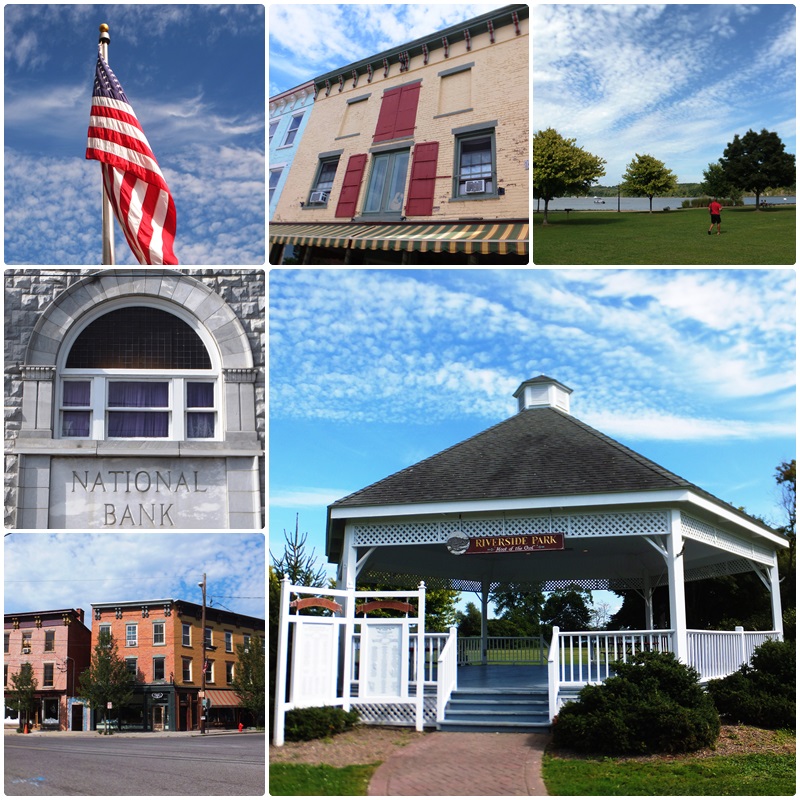 Historic Coxsackie on the Hudson River

From the Hudson River I strolled into downtown Coxsackie, the historic core of this town of about 9,000 people. Various businesses, antique shops and restaurants dot the area and at the main intersection is the Coxsackie library. The Heermance Memorial Library is located in a Classicist mansion and overlooks the downtown area. Someone at the library is doing a wonderful job of gardening as the areas adjacent to the building were absolutely overflowing with blooming flowers. 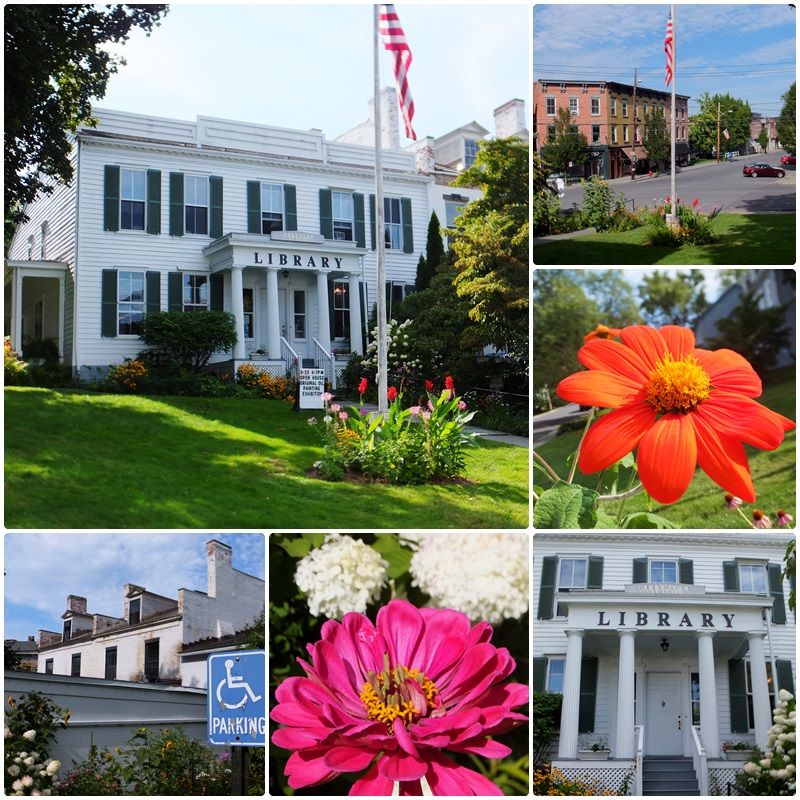 The Heermance Memorial Library in Coxsackie

Just a few kilometers down the Hudson Valley is the picturesque village of Athens which abounds with historic homes from the 18th and 19th centuries. Architecture lovers will enjoy the wide array of buildings in a myriad of styles, including Greek Revival, Federal, Italianate, Second Empire and Queen Anne. Settled as early as the late 1600s, this village was originally a hub for shipbuilding, brick making and ice harvesting. More than 300 buildings are listed on national and state historic registers. Built in 1873, the Hudson-Athens lighthouse is one of its most famous landmarks. Located on a granite foundation inside the river, this Second Empire structure started operating in 1874 to protect ships from the hazards of the Middle Ground Flats and it still serves as an aid to navigation today. 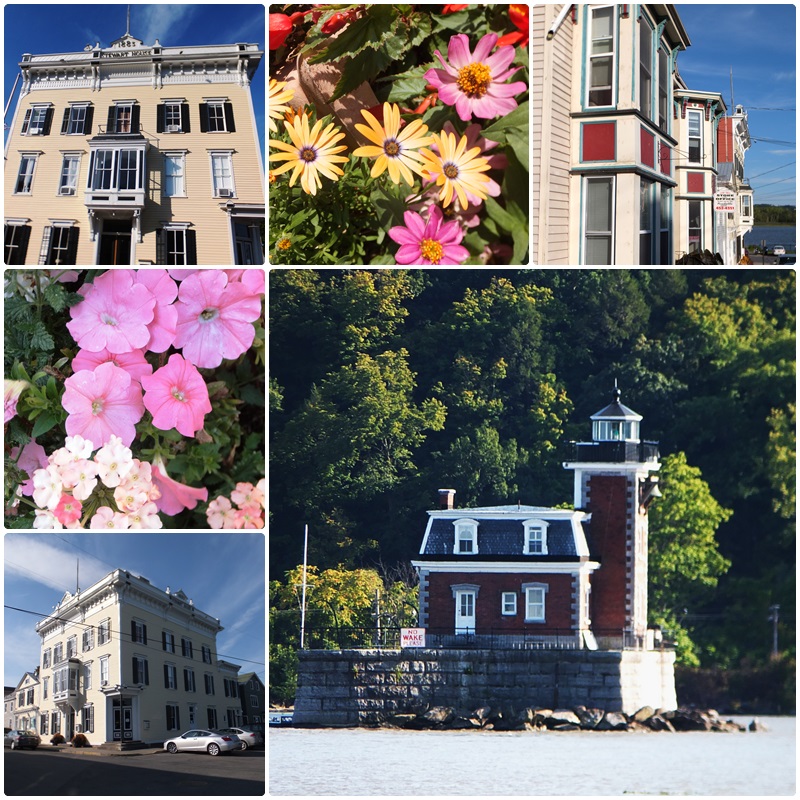 Historic Athens on the Hudson River

At the Hudson River waterfront there is a gorgeous green space called the Athens Riverfront Park. Every Friday evening in the summer, live music is performed at the bandstand in the park, performed by the Athens Performing Arts Council. The village has several restaurants including the popular Crossroads Brewing Company with its pub fare,and Bella Cucina, which specializes in lunch, sandwiches and salads. The Athens Riverside Café has a great location right next to the park and on the waterfront. There used to be a ferry service across the Hudson River to the town of Hudson, but that came to an end when a big bridge opened south of Athens in the 1930s. 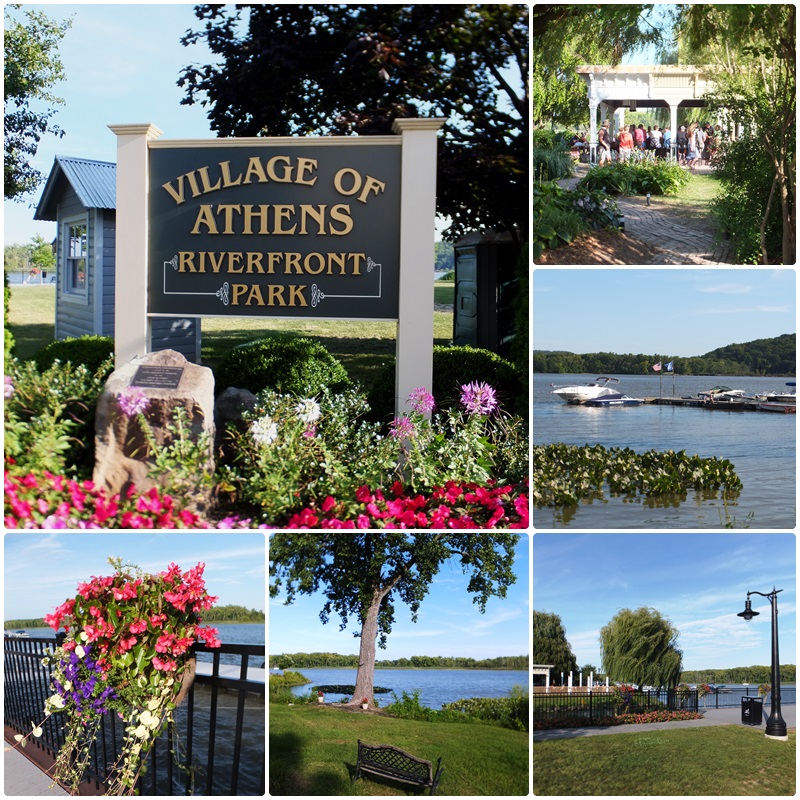 As I was exploring Athens I came across a phenomenal mansion right next to the Hudson River and started to take photos of it. A woman approached me and said, “Beautiful house, isn’t it?” I replied “Absolutely, what an amazing mansion this is”. Then she said “I live here”. And a nice chat ensued and she told me that she and her husband were from New York City and they have owned this property for about 10 years now. Her husband made the 30 foot wooden columns in the front himself. It’s a historic mansion that was even used in the movie “War of the Worlds”. Then she even invited me in and showed me her garden as well as the beautiful main floor of her gorgeous mansion. What a great experience! 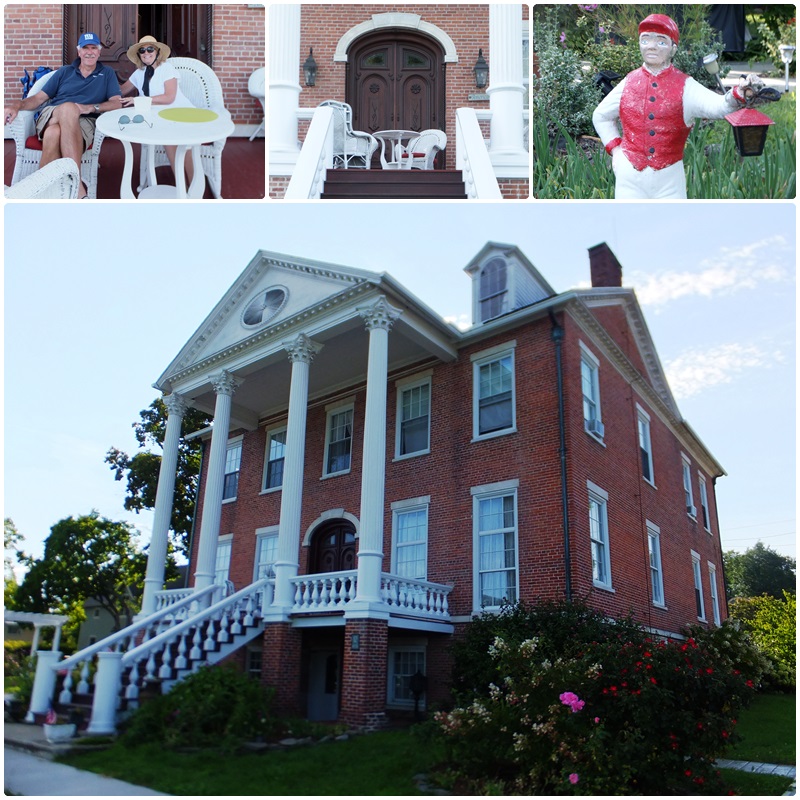 Getting invited into a historic mansion in Athens

We continued our Hudson Valley explorations and drove south from Athens a few minutes to the town of Catskills, the heart of the Northern Catskills region. The first place we made a stop at was the historic Beattie-Powers Place, a graceful 1837 Greek Revival mansion that was bequeathed by the wealthy Powers family to the Town of Catskill. The mansion offer panoramic views of the Hudson River, and from the lawn at the back of the mansion you can glimpse the iconic Rip-Van-Winkle Bridge. 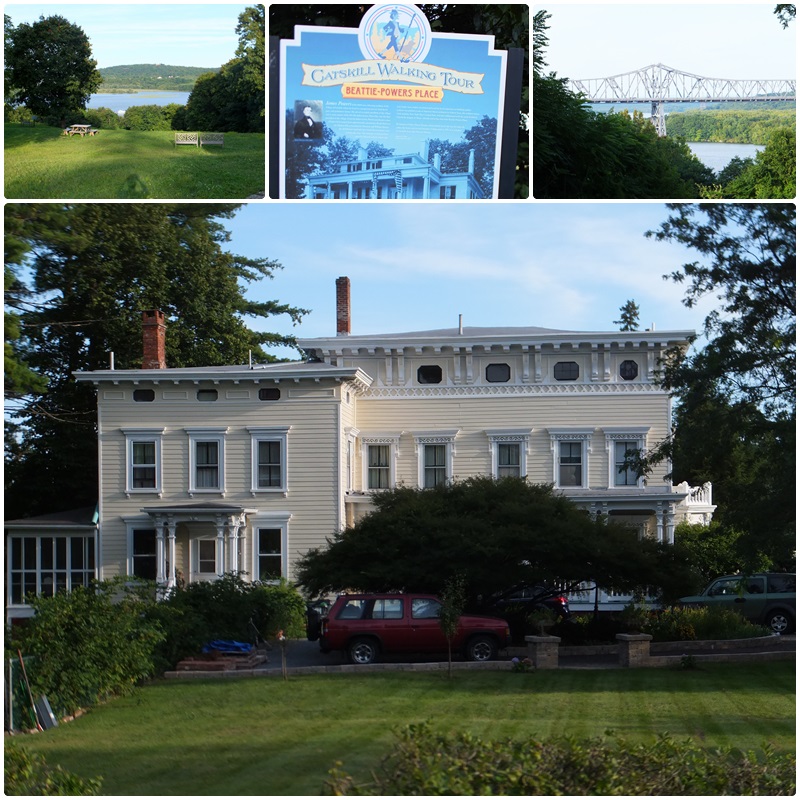 The historic Beattie-Powers Place in Catskill

Always interested in iconic architecture, I was fascinated by the Rip-Van-Winkle Bridge. Opened in 1935, this cantilever bridge is one of the most important crossings over the Hudson River and was named after the short story “Rip Van Winkle “ by American author Washington Irving. The toll on this bridge is only $1.50 and it is one the least expensive ways to cross the Hudson River. Next on our tour of the Hudson Valley was a visit to Catskill Point and downtown historic Catskill. 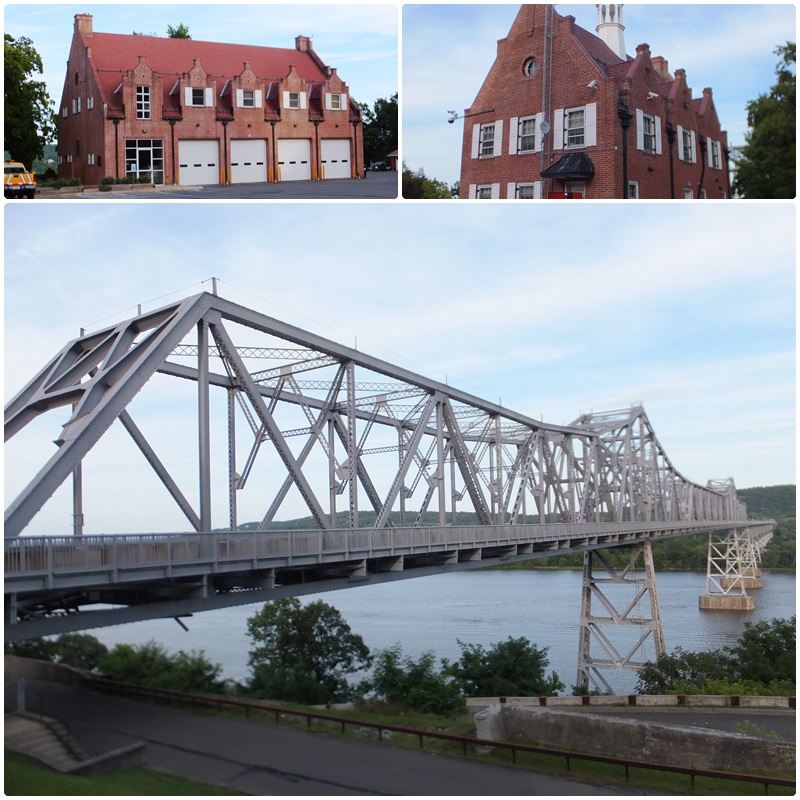 The impressive Rip van Winkle Bridge over the Hudson River