A Little Bit of Germany in the Catskills: The Historic Bavarian Manor Country Inn

Sports travel is an important part of the tourism industry, and people travel far and wide to attend football, baseball, hockey or basketball games and many other types of competitions. Our big sport is tennis and for the last few years we have been making a point to attend the US Open, the last Grand Slam of the tennis season. On August 24, 2013 we embarked on our annual trip to New York City. Starting in Toronto we drove about six hours and made a stop in the small village of Purling in New York State’s Catskills area. The Catskills Mountains have been a popular tourist destination for more than 150 years and our hotel, the Bavarian Manor Country Inn & Restaurant, was part of the early wave of tourism in this area. Built in 1865, this historic hotel has 18 bedrooms, a cocktail lounge and a full service restaurant, all of which exude a truly Old World atmosphere. 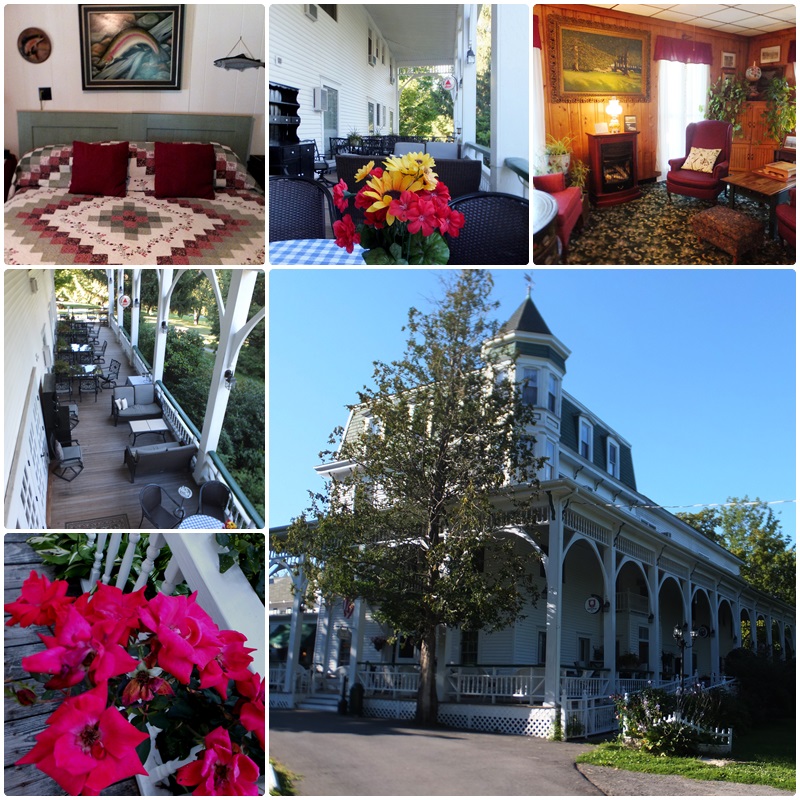 The Bavarian Manor Country Inn, a historic inn from 1865

I took a stroll around the property of the Bavarian Manor Country Inn which offers a variety of walking trails and a gorgeous pond. The grounds also feature several sitting areas for guests. After our long drive it was now time for dinner and we sat down for some real Bavarian fare. In true Central European tradition, our choices for the evening were a Wiener Schnitzel as well as a Hunter Schnitzel (accompanied by Spätzle, the famous European egg noodles), followed by a scrumptious and huge apple strudel. The Bavarian Manor Inn & Restaurant is renowned for its cuisine – it has won the award for the “2012 Best Schnitzel in the Hudson Valley” as voted by the readers of the Hudson Valley Magazine. 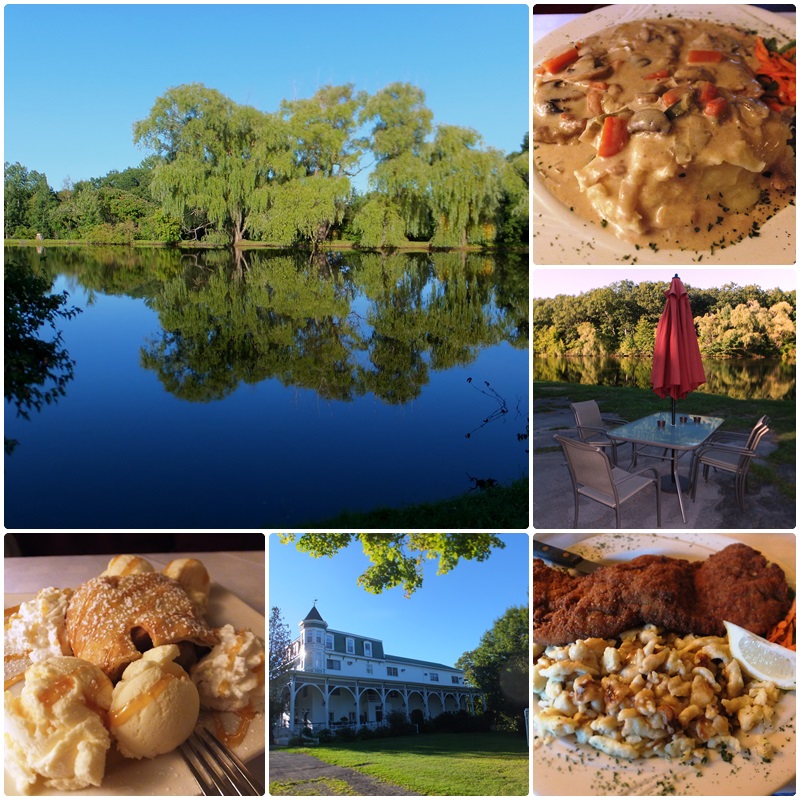 The beautiful grounds of the Bavarian Manor Country Inn

The next morning I got up for an early morning stroll in the sunshine and took a few more pictures of the Bavarian Manor Inn & Restaurant before sitting down on the lovely porch to have breakfast. This 148 year old property has a gorgeous 2-storey-high wraparound porch with attractive outdoor seating areas – the perfect spot for a hearty breakfast in the morning sun. It still exudes a palpable Victorian charm. 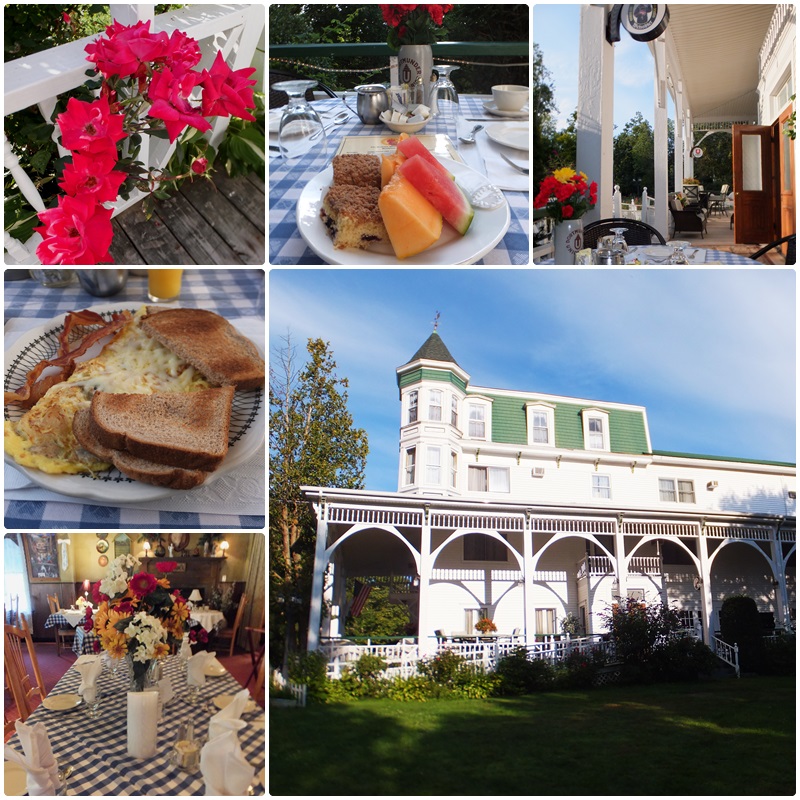 Breakfast on the sunny porch of the Bavarian Manor Country Inn

As most of the weekend guests had left I had a peek into some of the guest rooms at the Bavarian Manor Country Inn. Located in Purling, New York, in the scenic Catskills Mountains, this mansion has 18 bedrooms with private baths, cable tv, free wifi and in room coffeemakers. Most of the rooms have mini-fridges as well and some even have Jacuzzi bathtubs and fireplaces. The owners, Stan and Suzanne, are now the third generation running the Bavarian Manor Country Inn as the inn has been in the family for more than 75 years. 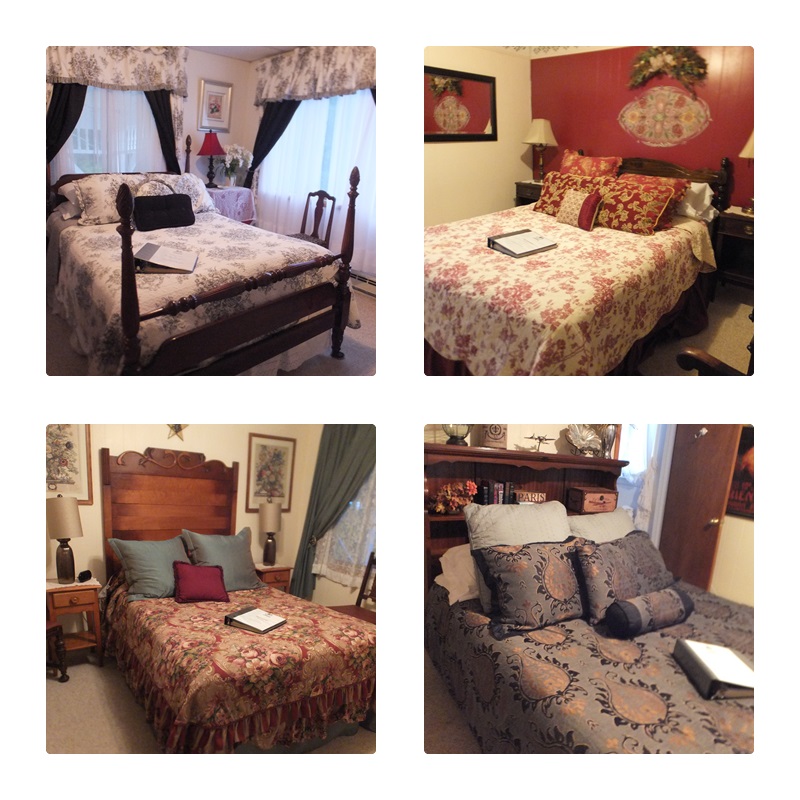 Some of the rooms at the Bavarian Manor Country Inn

Then we played a round of golf at the Rainbow Golf Club near Greenville with a great view of the Catskills Mountains in the background. The Catskills are a nature lover’s paradise – they offer amazing hiking opportunities, extensive bike trails, fishing and hunting as well as skiing in the winter. They have been a popular tourism destination for more than 150 years now and are the outdoor playground for many New Yorkers in search of nature getaways. 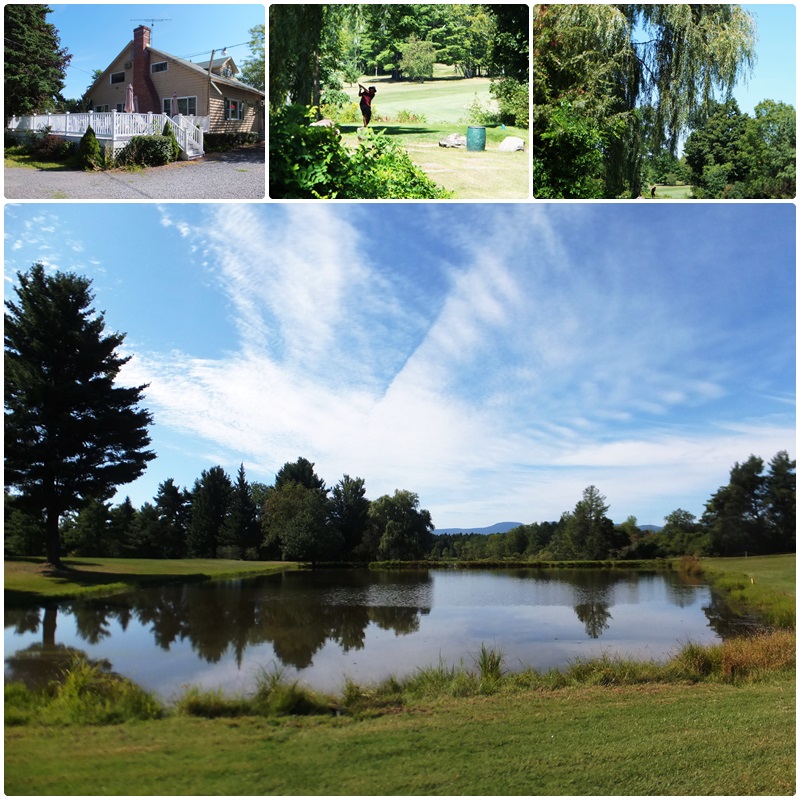 Golf at the Rainbow Golf Club in the Catskills

Next we were going to explore some of the historic villages that dot the Hudson Valley.