After our adventurous excursion to Costa Rica’s Caribbean coast, we were ready for some local explorations: Tortuguero Village was waiting for us. In the mid-afternoon our group of about 40 people was loaded onto two long boats, we left Pachira Lodge behind and crossed the Tortuguero River. We disembarked just a few minutes later at a nature centre where we watched a very informative video about sea turtles. Four different species of marine turtles have their nesting grounds here in Tortuguero, two of them are critically endangered species. 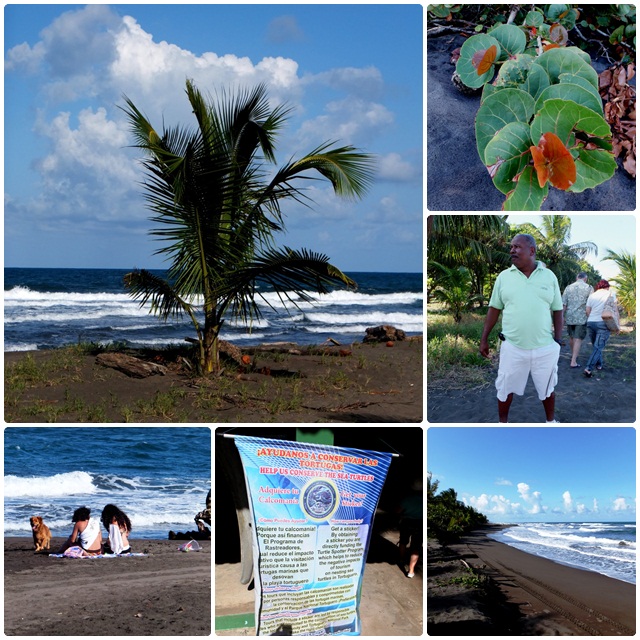 Sea turtles used to be hunted here, but since the government enacted strict prohibitions, coupled with the development of eco-tourism, the local population has now switched from turtle-hunting to tourism-related jobs. The Tortuguero National Park is an excellent example of how tourism can actually have tremendous positive impact on both the local economy and the ecology.

Then we took a walk along the Caribbean beach, a serene and picturesque place with just a handful of people before we turned right into Tortuguero Village. With a population of less than 1500 people, this village is home to mainly Afro-Caribbean inhabitants that used to be hunters and fishermen before they switched into tourism. You can only get here by boat or airplane. 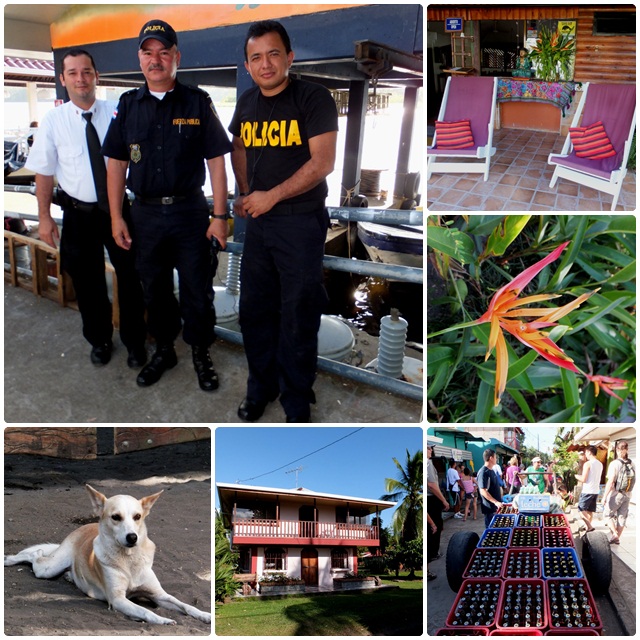 Meeting the local policemen in Tortuguero

We walked by the small local school and ended up in the village’s main area where all the boats dock. The village has numerous restaurants, bars and souvenir shops that all line the main street by the waterfront. Tortuguero has a distinctively relaxed feel; local men are relaxing on benches under the trees and children are riding their bikes and having fun. I even saw some howler monkeys in the tree tops at the southern end of the village. Surrounding Tortuguero Village are about 12 eco-lodges that accommodate travelers from far and wide. Pachira Lodge, our accommodation for the next two nights, was one of them.

By about 4 pm we were scheduled to head back across the river to our lodge, but there were a few people missing from our group. By 4:15 everyone was at the boat, except my travel partner Gary. After running up and down the long main street of the village together with one of the other travelers in our group, I conferred with Karol, our Caravan tour director.  I promised I would wait and search for him in the village and take a boat taxi back later. Finally, our boat took off and I stayed behind to look for my friend. 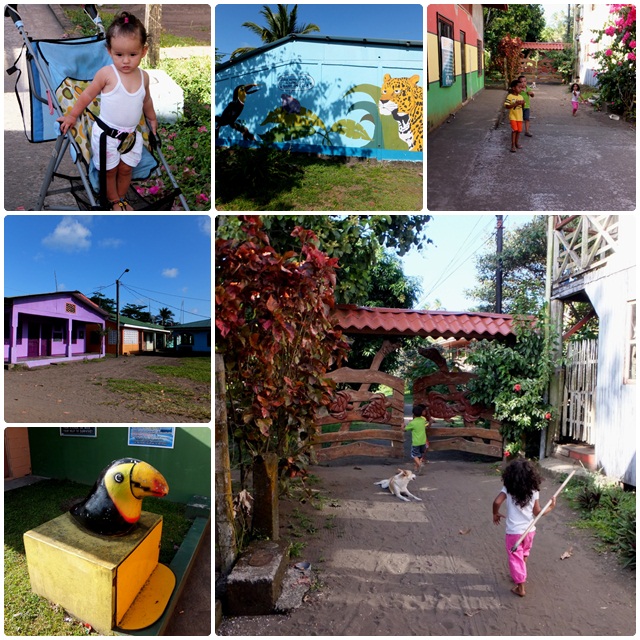 Initially I was a bit upset at Gary, wondering why he had missed our appointed return to the boats. As time passed I was actually getting concerned. Henry, one of the local nature guides, talked with me and I showed him a photo of Gary before I started searching for him in all the stores and restaurants again. I even talked to the local police (in Spanish) and showed them a photo of my friend and they promised  to send him to the boat dock in case they saw him.

Finally, Karol ran towards me and told me they had found my friend. He had been waiting for us at the wrong place, at the nature centre, where we had originally docked. Gary was already sitting in the boat since Karol and the captain had scooped him up, so finally we got another ride back across the river to Pachira Lodge. Things like this happen regularly on group tours, but I was truly impressed by the local people’s helpfulness; so many of them were readily willing to pitch in to find my friend. Karol, our tour director, had also done a great job of looking after us and keeping her flock together. 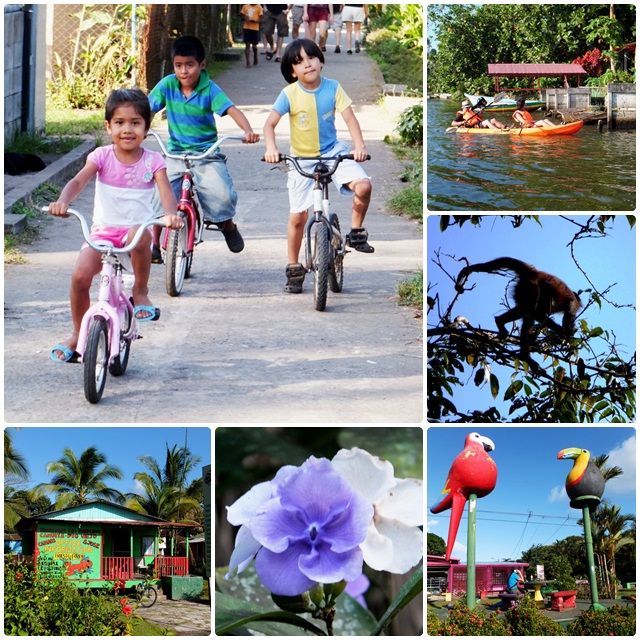 After all this excitement we had some time to relax and I took another walk through the beautiful tropical premises of our eco-lodge. Another nice dinner in our open-air restaurant followed and a quiet evening of downloading and processing photos. We also made a stop at the reception area to catch up on all the news, using the free wireless connection.

Tomorrow was scheduled to be another exciting day: two boat tours were planned to allow us to come close to some of Tortuguero’s amazing rainforest creatures.

One Response to Costa Rica Travel: Explorations of Tortuguero Village