In the morning of April 30, 2012, we followed our usual routine and drove downtown from our rental apartment on the outskirts of Zadar. First we embarked on a sightseeing walk through the city and admired some of the Zadar’s landmarks: St. Donatus Church, a pre-Romanesque structure dating all the way back to the 9th century; the Roman Forum, built in the 3rd century AD and founded by the  Roman Emperor Augustus; St. Anastasia’s Cathedral, a Romanesque structure dating back to the 12th and 13th century that is the largest cathedral in Dalmatia; and Zadar’s beautiful waterfront with is famous “sea organ”, an experimental music instrument located on steps by the waterfront that is activated by sea waves. The old historic core of Zadar is very attractive and always great for a scenic walk. 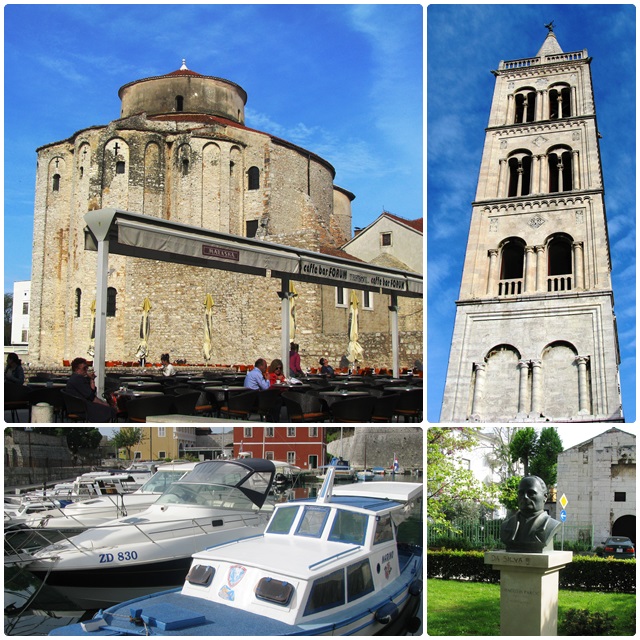 Some historic sights of Zadar

As my brother is a trained chef, he loves to go shopping for fresh food every day, so our next destination this morning was the outdoor market in Zadar. Everything was on display: locally caught fish and seafood, meat, flowers, vegetables and fruits, leather goods and clothing. Entire sides of beef and plucked chickens with their heads and legs still attached were available for sale. A wide assortment of fish and mussels was waiting for a skilled cook. My brother was in absolute heaven. Given that I am not much of a seafood eater, I wasn’t so happy about the fishy smell in the market, but as a passionate photographer, I definitely enjoyed the colourful trading action between the local vendors and shoppers. 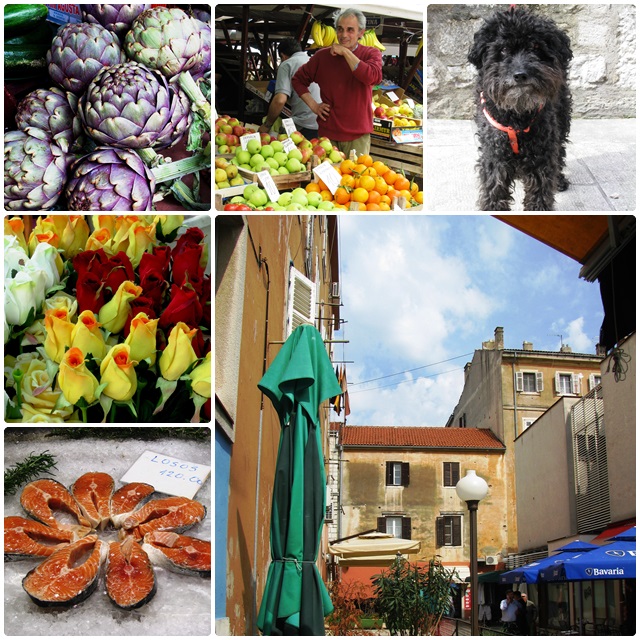 The colourful market of Zadar

After our visit to the market in Zadar and a nice lunch we headed off to explore some local villages and drove northwards onto a peninsula. Then we crossed a bridge and ended up on the island of Vir, where we stopped in a village of the same name. The island is very tiny, only about 10 x 4 kilometres and represents the 20th largest island of Croatia. The village of Vir only has about 1600 residents, a few restaurants as well as a large number of holiday rental homes that get very overcrowded in the summer. During our stay, at the end of April, everything was very quiet.

We took a stroll to the old Venetian fortification of Kaštelina which was originally built as protection against the Turks. Only a portion of this fortress is still in existence today. Close to the fortress are some interesting striped stone formations, sediments that have been twisted and turned in all directions by powerful geological forces. 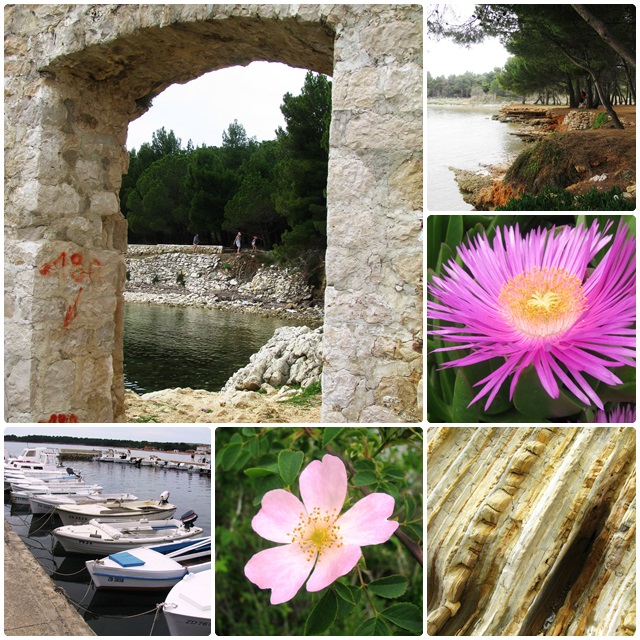 Then we started driving south again and stopped at the Church of St. Nicholas, a simple 12th century Romanesque church at the top of a small hill near the town of Nin. This town actually has important historic significance: seven Croatian kings were crowned nearby and had to ride on horseback to the Church of St. Nicholas where they were presented to the people. The mound is said to have unexcavated pre-historic graves.

As we continued back to Zadar, we made one more stop in Borik, a popular holiday destination north of the big city. The Borik Peninsula is about four kilometers north of the center of Zadar and home to several three and four-star hotels. Also here are a youth hostel and many private rooms and apartments for rent. A large campground is located in Borik as well and we were surprised at the many dog owners that were taking a walk with their canine friends. We assumed that there must have been some sort of dog show or special event planned at the campground because there was simply a huge number of dog owners around. 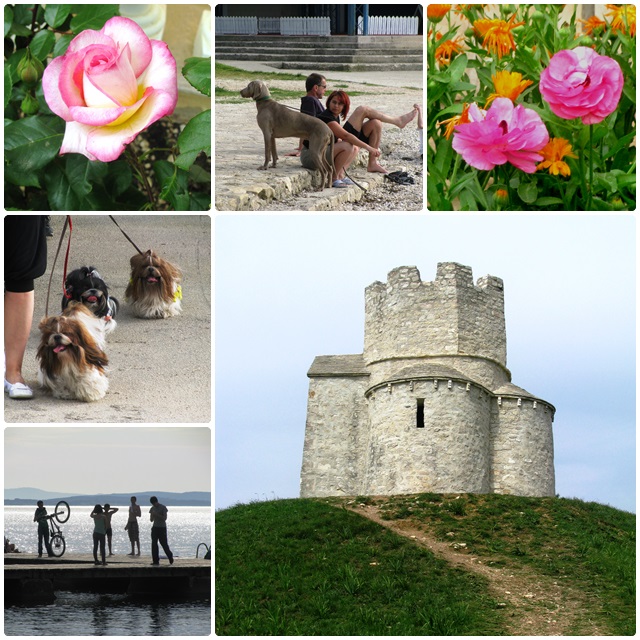 Impressions of Nin and Borik

In the late afternoon we headed back to our spacious rental apartment on the outskirts of Zadar and enjoyed a delicious meal cooked by my brother. As had been our ritual for the last few days, we hopped in the car and drove into the centre of Zadar to take in the lively action at the waterfront and to enjoy an ice cream or a coffee at our favourite café. Then we headed back for a good rest for our last day in Dalmatia, which would include a visit to the historic town of Split. 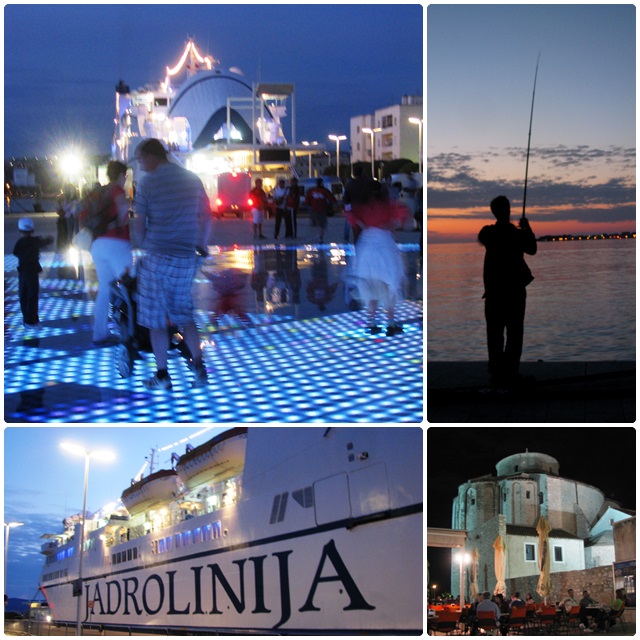