Dalmatia, that beautiful coastal stretch of Croatia, was the next step of my big European trip in 2012. After spending a week in Paris and a few days in my native country of Austria, my brother, sister-in-law and I had decided to take a five day trip to Croatia. The three of us make great travel partners and we have enjoyed quite a few trips together in the past. Our home base for our trip to Croatia would be the historic coastal city of Zadar and from there we were planning to take a variety of side trips to explore the surrounding area.

We departed Austria early on April 28, 2012 and within less than an hour we were on Slovenian territory, without having to show our passports. The open borders between many European countries are among the wonderful advantages of the European Union. At the border between Slovenia and Croatia we had to stop, though, and show our passports because Croatia is not yet part of the European Union until its scheduled date of accession on July 1, 2013. So far now, we had to dutifully show our passports at the Croatian-Slovenian border, ironically two countries that all used to be part of one country – Yugoslavia – until 1991 when the Yugoslav Wars started. 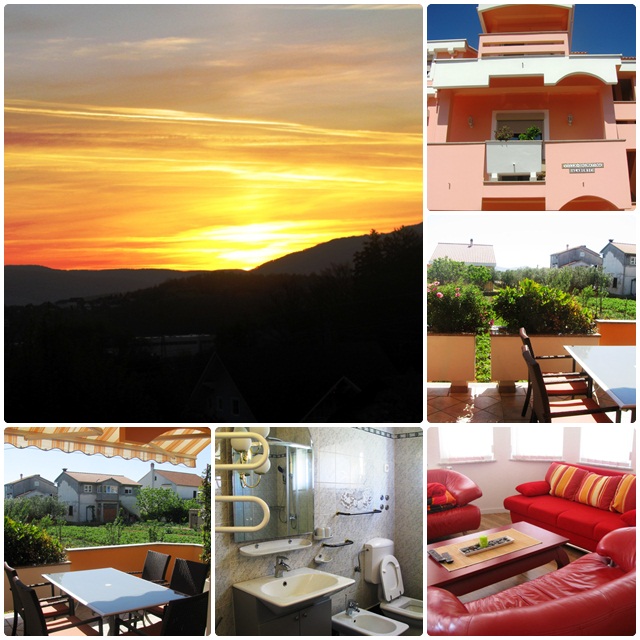 Zadar, departure sunrise and our apartment

By midday, we had arrived in Zadar in the region of northern Dalmatia and checked into our beautiful two-bedroom vacation apartment which was costing less than $75.00 a day for all three of us. The owner, originally from Croatia but now living in Switzerland, warmly welcomed us and gave us a tour. We had a state-of-the-art modern kitchen, a really nice bathroom and a great south-facing terrace. My brother, who is a chef, would be able to do his culinary miracles in here without any problems.

After settling in, we headed off to a nice picnic by the waterfront. It was wonderful to soak in the warm sun and enjoy the Mediterranean in late April. In the evening we started our stroll around Zadar which is located on a peninsula on the Adriatic. The old town of Zadar goes all the way back to Roman times and there are several very old churches, including pre-Romanesque St. Donat’s church from the 8th century. It is one of the most well-preserved churches of that era in the world. The Roman Forum is also located on the downtown peninsula; it is also in great condition and one of the city’s main sights. 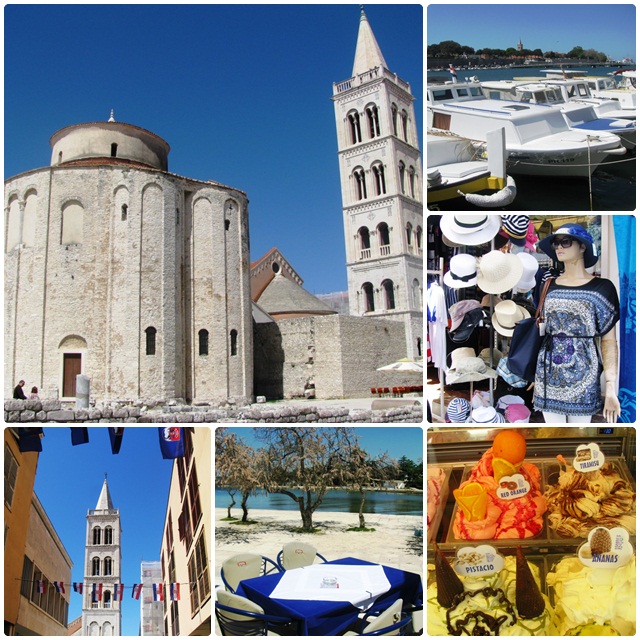 The city has a gorgeous waterfront where the “Jadrolinija” ferries depart to a variety of destinations across Dalmatia. Locals come here to fish, stroll, walk their dogs and embrace romantically by the waterfront. The sunset from the tip of Zadar’s peninsula overlooking the islands off the coast is just magical and it draws out the locals and the visitors alike.

The most distinctive feature of Zadar’s waterfront is the “sea organ”, a man-made organ by the water’s edge that is operated by the waves’ motion and makes interesting wailing noises. Another unique attraction at Zadar’s waterfront is called “Sun Salutation”, solar panels that are installed in the ground and light up in different colours which attracts large crowds of people every night. The downtown has many outdoor restaurants and cafes and the locals spend their time outside until late at night, imbuing the city with a lively Mediterranean atmosphere. 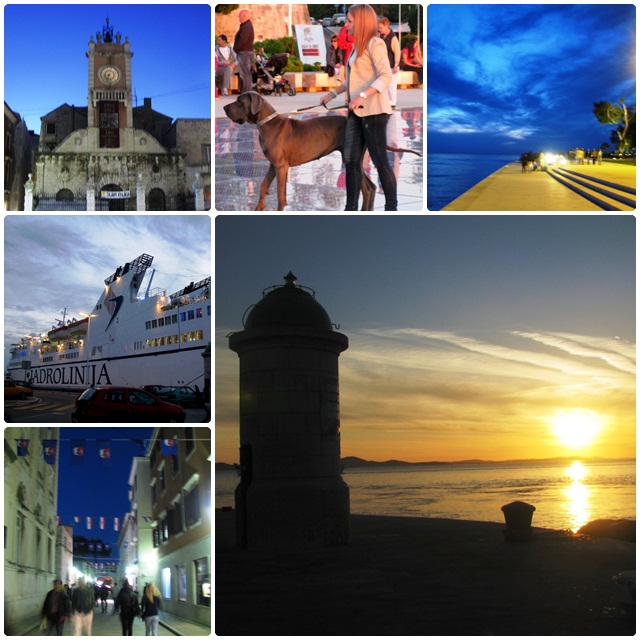 Dalmatia travel: Zadar in the evening

After taking a walk around the old town, we settled in at a cozy café across from Zadar’s cathedral where we enjoyed an ice cream, something that would become a nightly ritual. After some discussions we picked our first excursion in Dalmatia for the next day: the Krka National Park with its world-famous waterfalls.