After my visit to Edinburgh Castle I strolled along the top portion of the Royal Mile, a long thoroughfare actually composed of four ancient streets in the Old Town. The Royal Mile stretches from Castlehill to Canongate and connects Edinburgh Castle with the Palace of Holyroodhouse. The top portion of the Royal Mile is called Castlehill and becomes the Lawnmarket. These historic streets are lined by tenement buildings that used to reach heights of 20 stories. Among the top attractions here is the Camera Obscura, a large pinhole camera located in a tower that provides fantastic views of Edinburgh. Also housed in the Outlook Tower is the World of Illusions, a collection of hands-on exhibits involving optical illusions. In the same area, the Scotch Whisky Heritage Centre introduces visitors to Scotland’s national drink. Many Scottish pubs and souvenir shows line the Royal Mile and entice the visitor to try some traditional local beers and food. 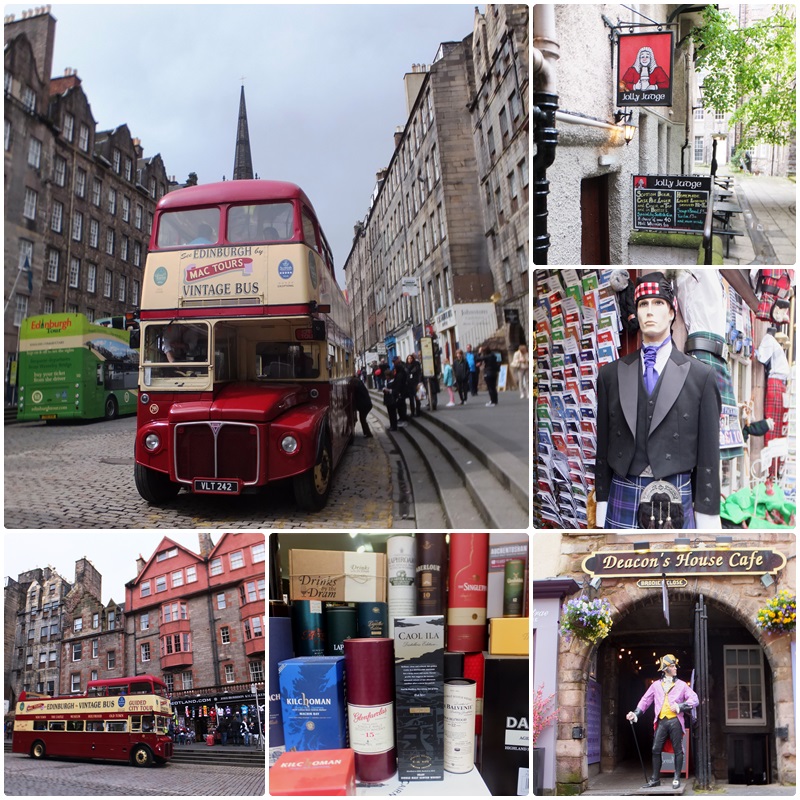 At the top of the Royal Mile is The Hub, headquarters of the Edinburgh International Festival, a stunning Gothic Revival building that started its life in 1845 as a parish church and general assembly hall for the Church of Scotland. The church closed in 1979 and the historic building underwent a fantastic transformation. It now houses the Hub Café, the central box office for the Edinburgh International Festival and the Main Hall, a stunning hall with space for 420 people that is often used for weddings and other special events. Among the special events at The Hub are the pre-Tattoo Suppers that will give you a nice meal just steps away from the Royal Edinburgh Military Tattoo. 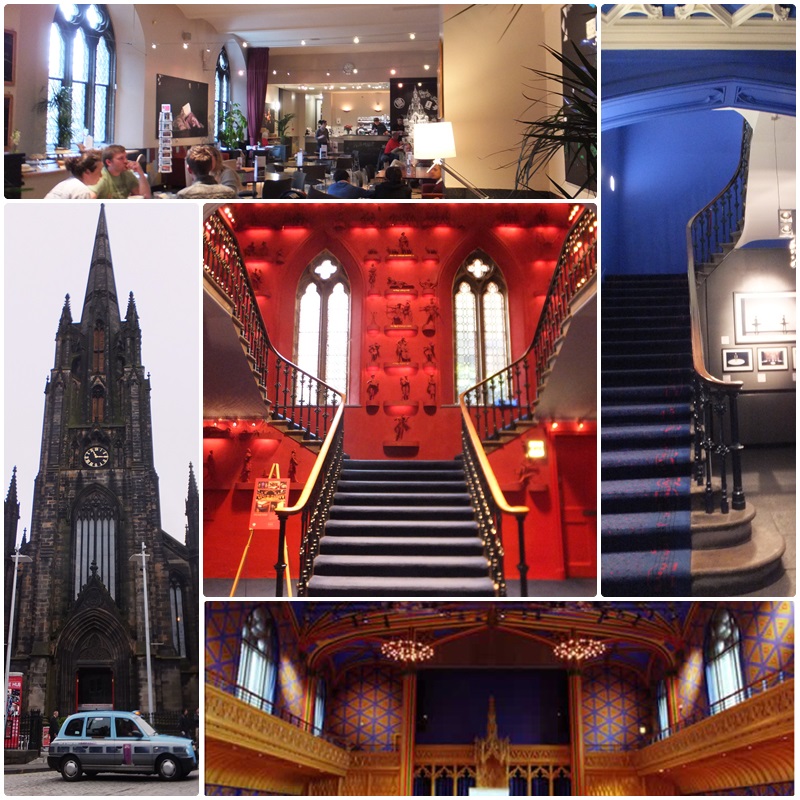 The Hub is a great destination on the Royal Mile

Given that I had such an early start to my day of sightseeing in Edinburgh I had gotten hungry by mid-morning and decided to have a typical Scottish breakfast (without meat though) in one of the cafes along the Royal Mile. Then I was ready to explore St. Giles Cathedral, also known as the High Kirk of Edinburgh. One of the city’s religious centres for about 900 years, this church is dedicated to St. Giles, the patron saint of Edinburgh. One of the cathedral’s most distinctive features is a crown-shaped steeple and the 19th century stained glass windows. 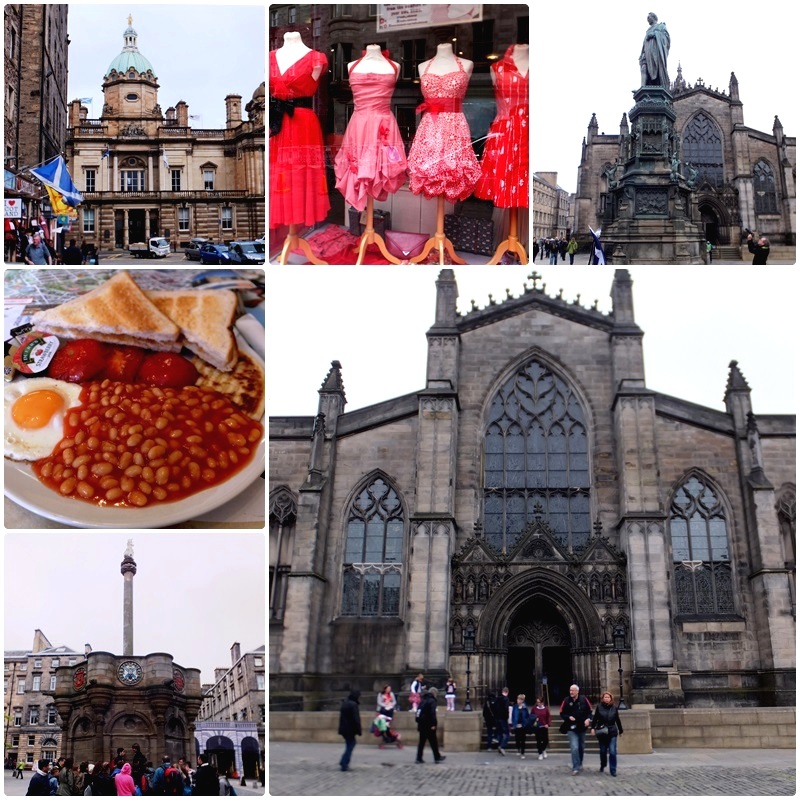 St. Giles Cathedral – an important landmark on the Royal Mile

After checking in with the Edinburgh tourist information to see where I would be able to get a public transit pass for the next few days, I walked down Castle Hill on the fairly steep St. Giles Street where I purchased a day pass at the office of Edinburgh’s public transit authority. Lothian is the larger of two public bus operators in the city and their burgundy and cream-coloured double-decker buses have become a symbol of Edinburgh. An all-day ticket is £3.50 which provides very inexpensive unlimited transport throughout the city. Then I passed by Waverly Station, Edinburgh’s main railway station, which is located next to the Princes Mall Shopping Centre. Across the street are the Princes Street Gardens and the impressive Scott Monument, a Victorian Gothic monument to Sir Walter Scott, one of Scotland’s most famous novelists, playwrights and poets. 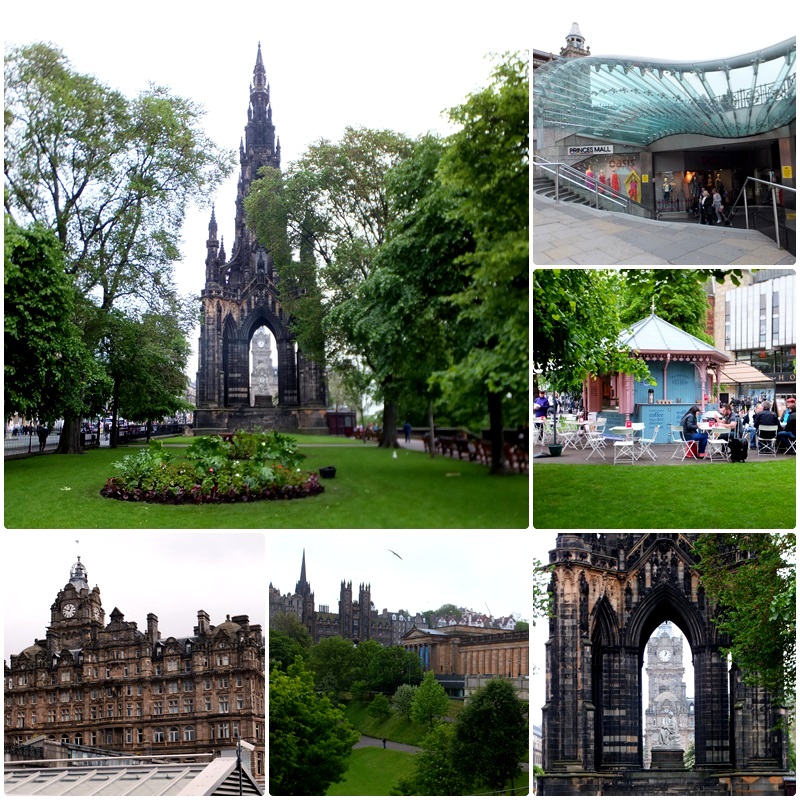 Having explored the Old Town on Edinburgh’s Castle Rock and the Princes Gardens I crossed Princes Street, the city’s main shopping boulevard, and walked into the New Town. This part of town was constructed in the 1700s to alleviate some of the congested and unsanitary conditions that were prevalent in the Old Town. This part of town features several squares such as Charlotte Square and St. Andrew Square. You can find a lot of upscale shopping in this area and the major attractions include the National Gallery of Scotland, the Scottish National Portrait Gallery, the Dean Village – a part of town that dates back to a 12th century village, and the Georgian House, a mansion that illustrates the lifestyle of the upper classes in the 18th century. Both the Old Town and New Town of Edinburgh are designated UNESCO World Heritage Sites. 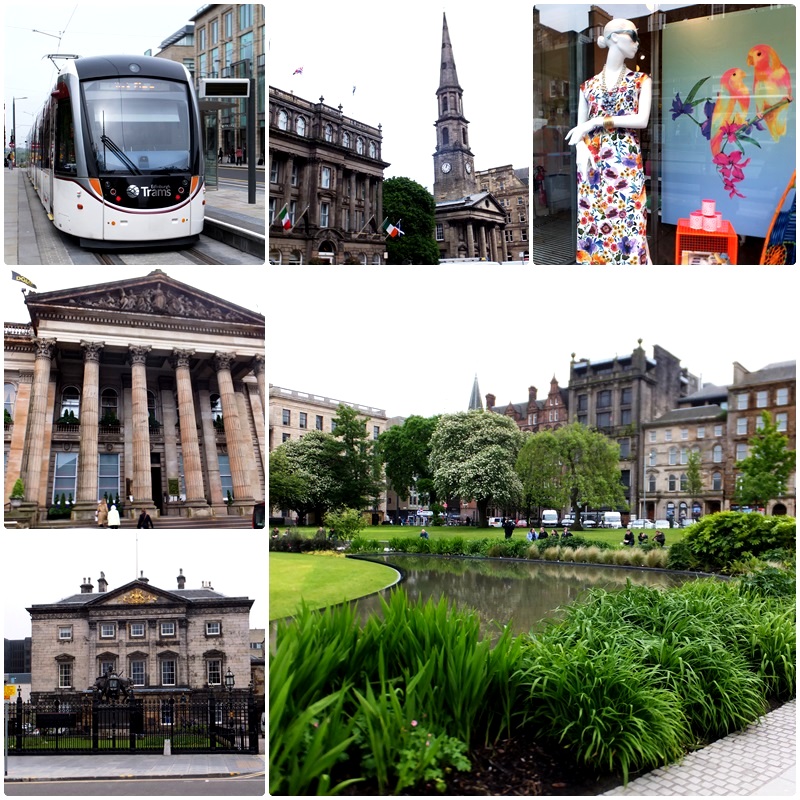