On a sunny Saturday afternoon in early October, local expert Louise Sproule and I continued our explorations of Vankleek Hill and the surrounding area. We drove about 10 minutes out of town to a large and picturesque country property, the location of Garden Path Homemade Soaps. Local resident Tara MacWhirter learned how to produce home-made soap in 2009 and turned her hobby into a full-time business. Today her home-made soaps are available at many local businesses, and even the B&B that I stayed at, Abadin B&B in L’Orignal, spoils its guests with Tara’s home-made soap that is made from all natural ingredients and completely free of synthetic chemicals, dyes and preservatives. 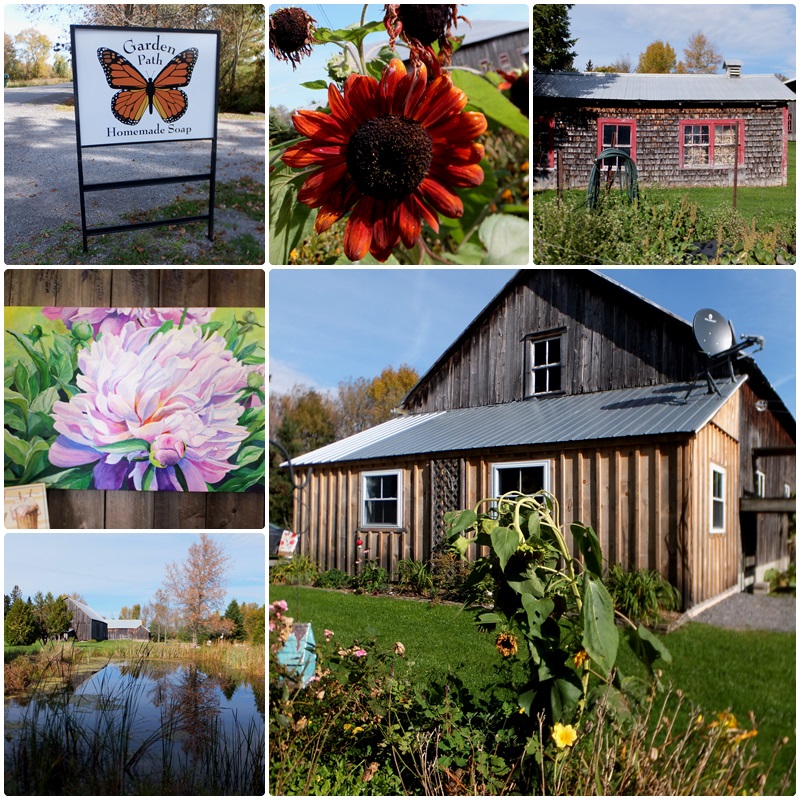 Tara, the owner of Garden Path Homemade Soap, was not there during our visit but her husband showed us around the house where the soap-making happens. Tara hand-makes all the soap from natural ingredients such as pure olive oil, coconut oil, palm oil and spring or rainwater. The merchandise includes many varieties such as Candy Cane, Christmas Spice, Pumpkin Spice, Sandalwood or even Beer Suds. Non-scented varieties are available as well. After our introduction to natural soap making we also took a stroll around the property which features several vintage barns, a gorgeous pond and picturesque garden. Tara’s Garden Path is accessible to customers and they can admire the flowers and plants that have made this garden a designated stopover for Monarch Butterflies. 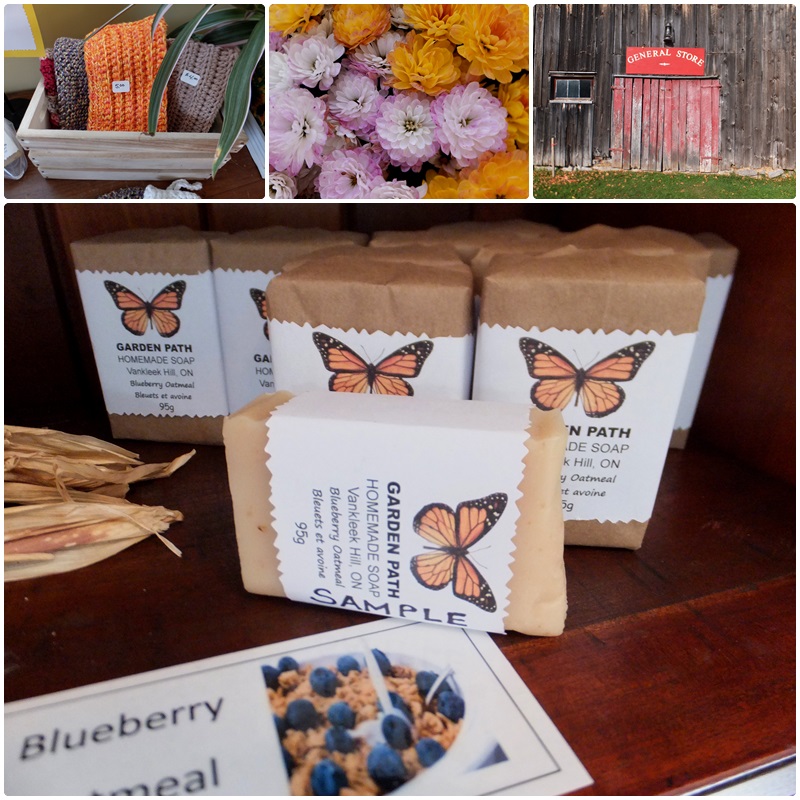 After my explorations of the picturesque village of Vankleek Hill, Ontario’s Gingerbread capital, Louise took me to one of the big events that are celebrated here: Beau’s Oktoberfest, presented by Beau’s All Natural Brewing Co., has been drawing huge crowds for the last few years. This event attracts thousands of beer lovers from far and wide every year on the first weekend of October. Buses bring people here from Ottawa, Montreal and Cornwall. I started my explorations of this festival with” Kinderfest”, an entire building dedicated to fun for kids which included face painting, puppet shows, balloon sculpting, a toddler play area, bouncy castle and a kids parade. 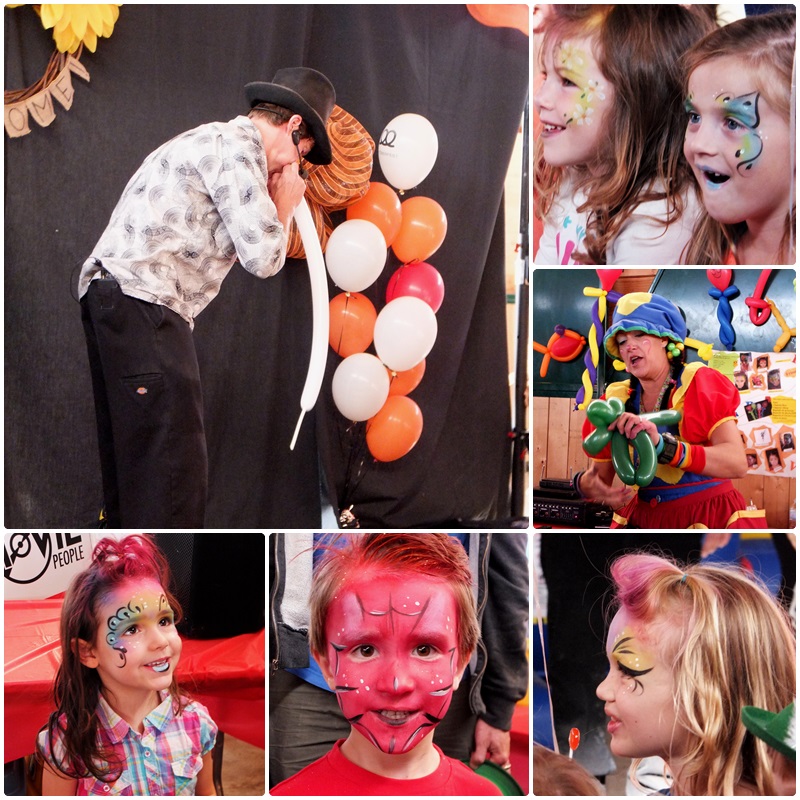 Kinderfest at Beau’s Octoberfest – a blast for the little ones

By the late afternoon I started my walk around the extensive grounds of Beau’s Oktoberfest in Vankleek Hill. The party was already in full swing and many people had showed up, dressed up in German dirndl dresses and lederhosen. All sorts of Bavarian-inspired and creative Canadian dishes were enticing the crowd: pork and chicken schnitzel, sauerkraut, pulled pork sandwiches, pretzels, poutine, peameal bacon sandwiches and much more. Nine different kinds of beer were on tap and every person attending the festival got a free green hat to wear. Live music by the Maple Leaf Almrausch Schuhplatters – a famous Bavarian Dance Group that was founded in 1955, Walter Ostanek – Canada’s Polka King, and various other well-known bands like Sloan and the Mahones had been scheduled to fill a packed daytime and evening music program. The audience was definitely getting into the swing of things. 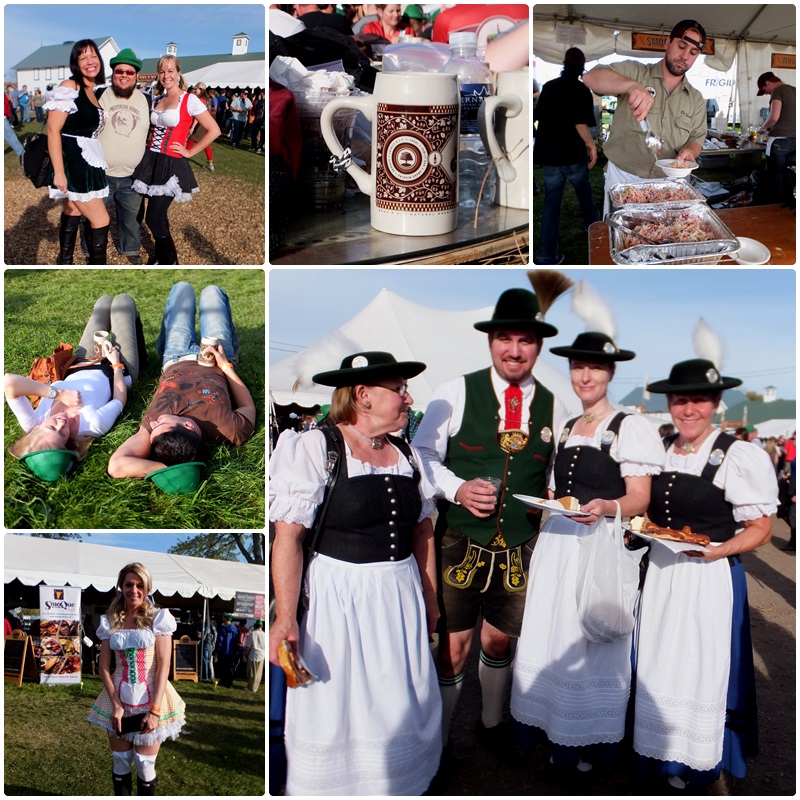 Get your lederhosen ready for Beau’s Octoberfest in Vankleek Hill

As part of my discoveries in Vankleek Hill, I continued my visit to Beau’s Oktoberfest, which is organized by a local craft brewery called “Beau’s All Natural Brewing Company”. Amid a raucous and increasingly happy crowd, co-owner Steve Beauchesne gave me an interview and explained that back in 2006, over a few glasses of beer, he and his father came up with the idea of creating a craft brewery. Even after they had sobered up it still seemed like a good idea, and what started with 5 employees 7 years ago has now grown into a company with about 80 people. Beau’s makes the regionally famous “Lug Thread” lagered ale year-round and for Oktoberfest they brew nine different beers that will be enjoyed by about 12,000 people. Beau’s Oktoberfest is actually a fundraiser that will raise about $75,000 for seven charities. With their brewery tours, Beau’s All Natural Brewing Company has become an interesting tourist destination but also an important employer and community contributor in the entire Champlain Township region. 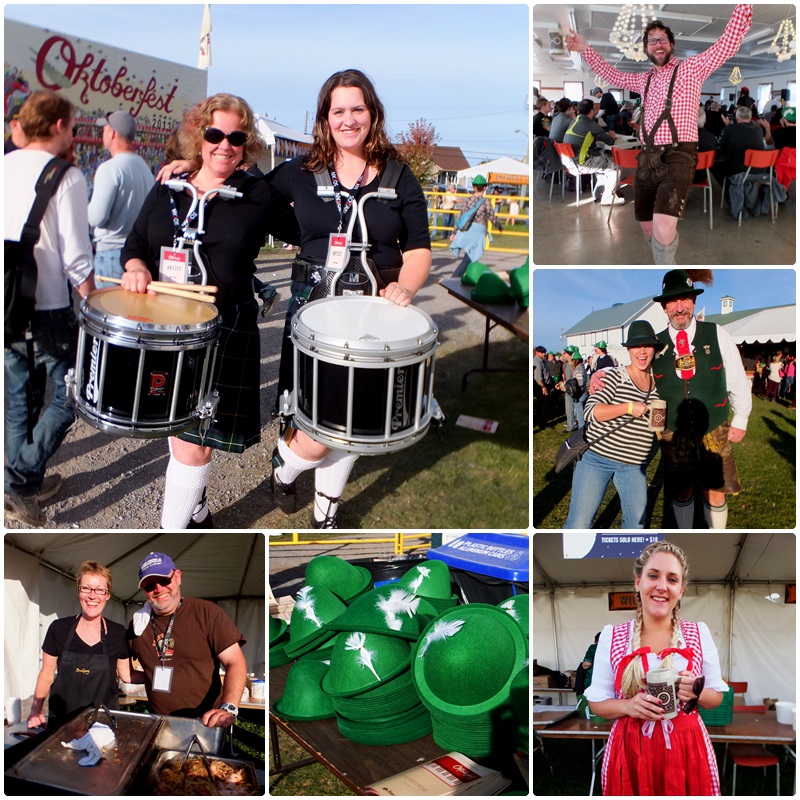 In the early evening I left the exuberant crowds at Oktoberfest in Vankleek Hill and drove east to Hawkesbury, the local centre of Champlain Township. Hawkesbury is located in Ontario while a short drive across the bridge over the Ottawa River takes you to Quebec. I decided I needed to at least set foot on the Quebec side, so I drove across the bridge to Grenville where I admired the Notre Dame du Sacré Coeur Church before driving back to the Ontario side. Hawkesbury also has a large historic church that serves the Paroisse St-Pierre Apôtre (St. Peter the Apostle Parish). As the name of this church expresses, French is spoken widely in Hawkesbury. As a matter of fact, this town of about 10,000 people is considered to be the most bilingual town in Ontario, with about 70% of its residents being fluent in both English and French. 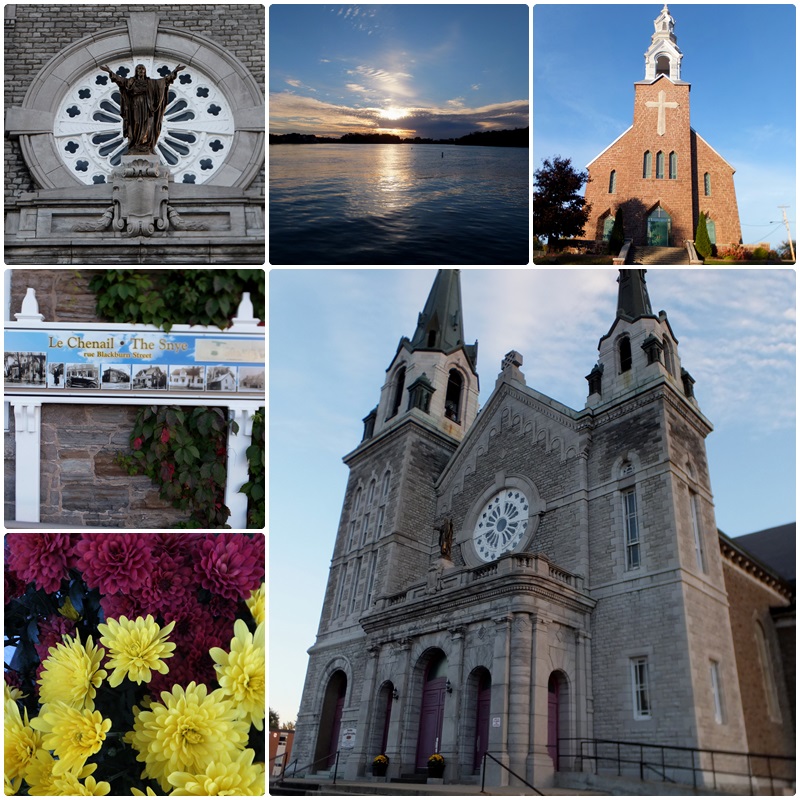 Hawkesbury and Grenville have beautiful churches

Finally, I capped off a long day of sightseeing in Champlain Township with a visit to L’Original Beach where I had actually started the day. With an ice cream in hand I parked my car and watched the sun slip down below the horizon across from me, behind the Ottawa River – a perfect, almost magical ending to an action-packed day in Champlain Township. 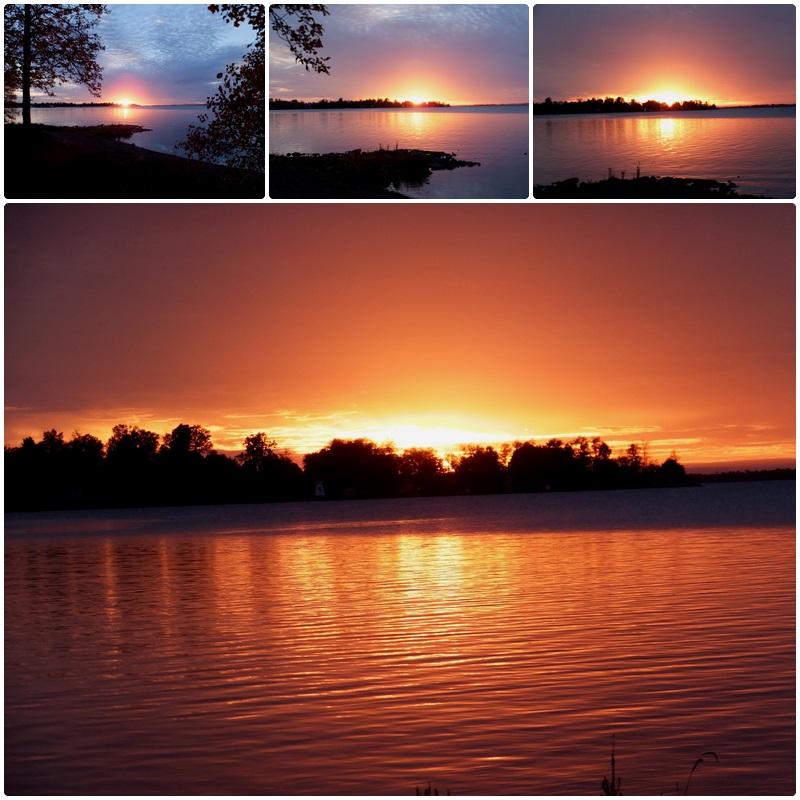 A nice end to a day in Vankleek Hill: watching the sunset in L’Orignal