After our tasty lunch at Vert Fourchette, local expert Louse Sproule – the publisher of “The Review”, the award winning local newspaper – took me under her wings and showed me around Vankleek Hill. From the restaurant we start walking north on High Street and popped into some of the stores. The Vankleek Cottage, for example, offers gifts and antiques in 10 rooms of a Victorian apartment building. Jade Garden is a florist shop that offers a wide selection of fresh and arranged flowers as well as unique gifts. Steps away we admired a huge mural that adorns the side of a Victorian-era building: painted by Elisabeth Skelly & Odile Tetu in 1990, this large mural depicts storefronts from the 1920s such as the Labrosse General Store, Wood’s Bakery and the Deguire’s Tinsmith Shop. 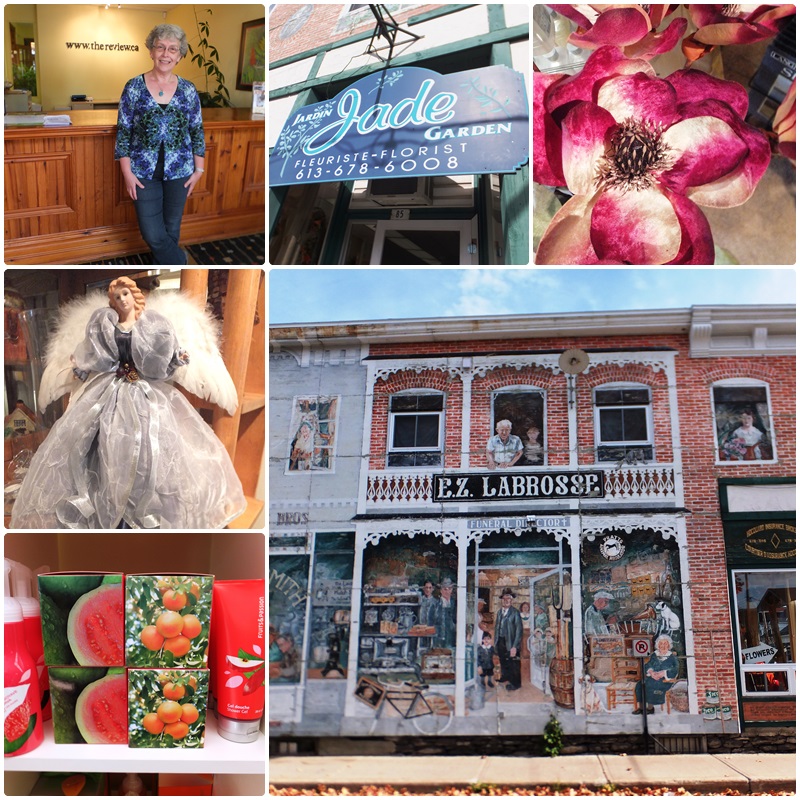 Louise and I walked further up High Street and then turned left on Main Street West. We walked past the Blueberry Hill Bistro and Pub, a popular local gathering place, and the Knox Presbyterian Church which was originally founded in 1825 while the current building was dedicated in 1901. We admired another mural, this one also created in 1990 by Elisabeth Skelly & Odile Tetu, depicting local villagers walking to the Agricultural Fair in the early 20th century while a plane flies overhead. Vankleek Hill is definitely in touch with its history. 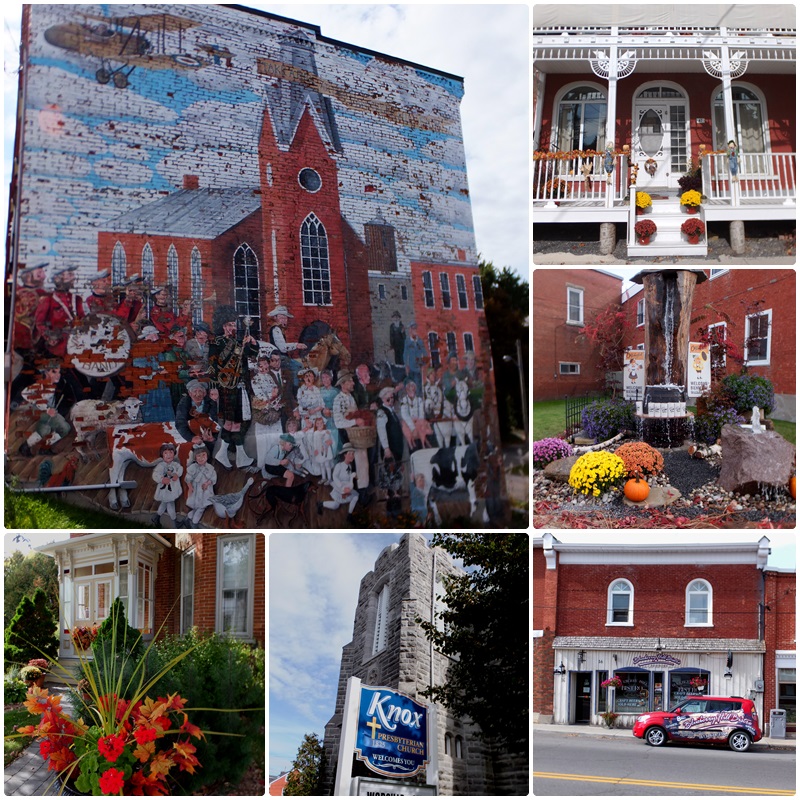 Continuing our walk on High Street in Vankleek Hill, Louise took me into some of the stores on the west side of the main street. We stopped in at Sue’s Quilting Studio which has hundreds of different types of colourful fabrics and also offers hands-on quilting courses. We also walked past the Review, the local newspaper of which Louise is the publisher, a role that naturally connects her with the whole community. Then we popped into Sam’s Kitchen, a gourmet food shop, where we promptly got to taste a hearty bacon bun. 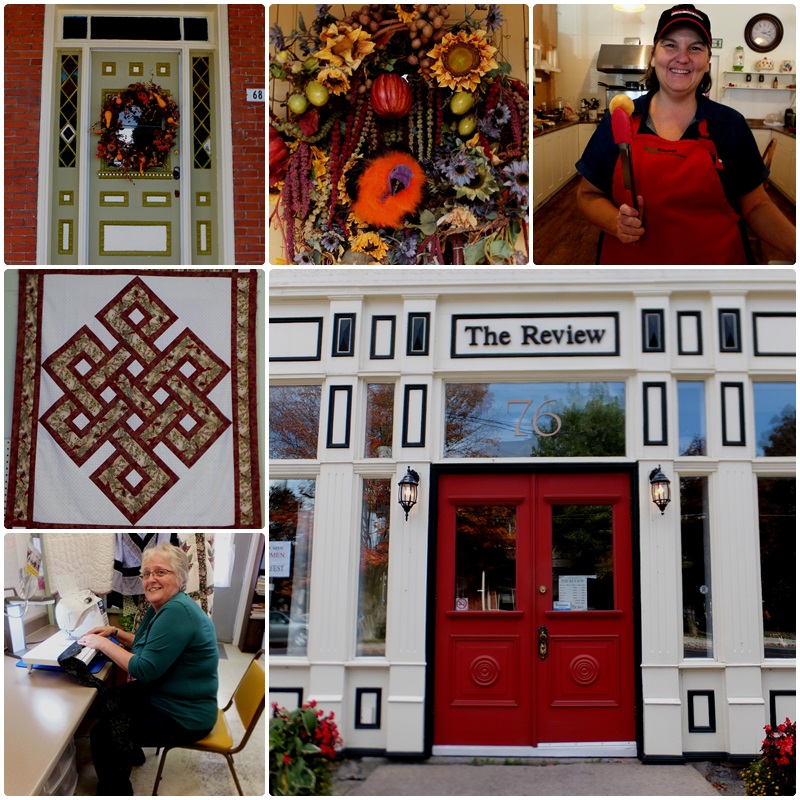 Visiting the merchants on High Street in Vankleek Hill

Vankleek Hill is often referred to as the “Gingerbread Capital of Ontario” as so many of the houses here are adorned with elaborate woodwork on their gables, rooflines and porches. This small village of 2000 people has some outstanding Victorian heritage architecture. One of the most stunning buildings is a colourfully painted mansion with a turret on the village’s main street. Another important architectural heritage building in Vankleek Hill is the Sainte-Marie Convent, a local convent from the 1880s which closed a few years ago. Unfortunately, from what I hear, about 75% of this historic building is now slated for demolition to make way for condominiums. A sad loss of local architectural heritage… 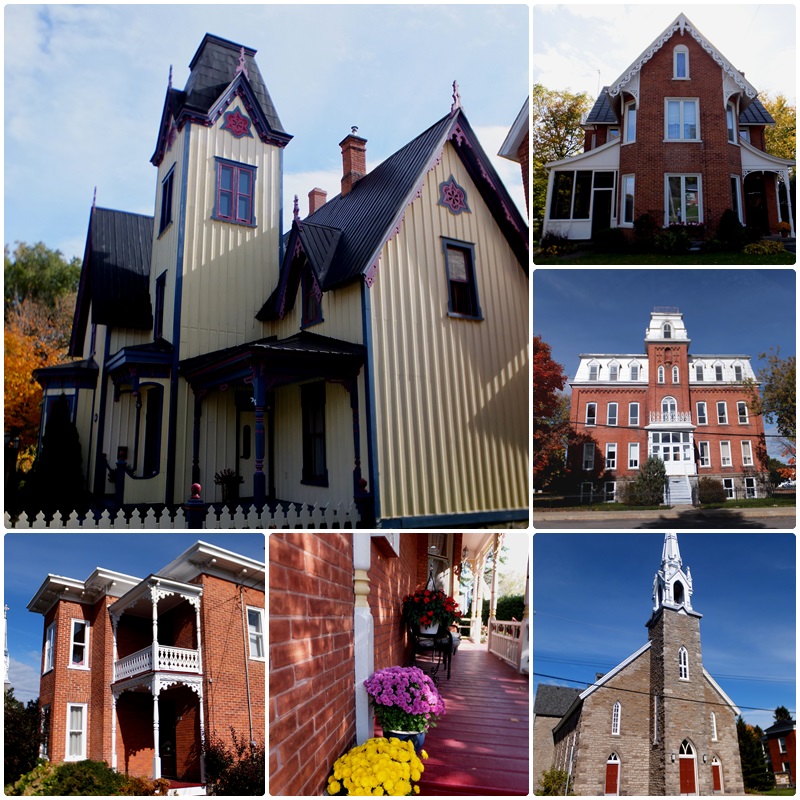