My last day in Champlain Township in Eastern Ontario began with a relaxing breakfast at the Abadin Bed and Breakfast. Hosts Shirley and Ed were welcoming their guests with fresh fruit, a freshly made berry smoothie and a nice conversation. The guests across from me were a little tired because they had been partying the night before at Beau’s Oktoberfest in Vankleek Hill. They had come all the way from Toronto to volunteer at this popular festival and by the end of the night they had sampled some of the beers themselves. Our gourmet breakfast continued with a bacon-egg muffin, a hearty dish that got me ready for another few hours of explorations in Hawkesbury before I had to head back to Toronto. 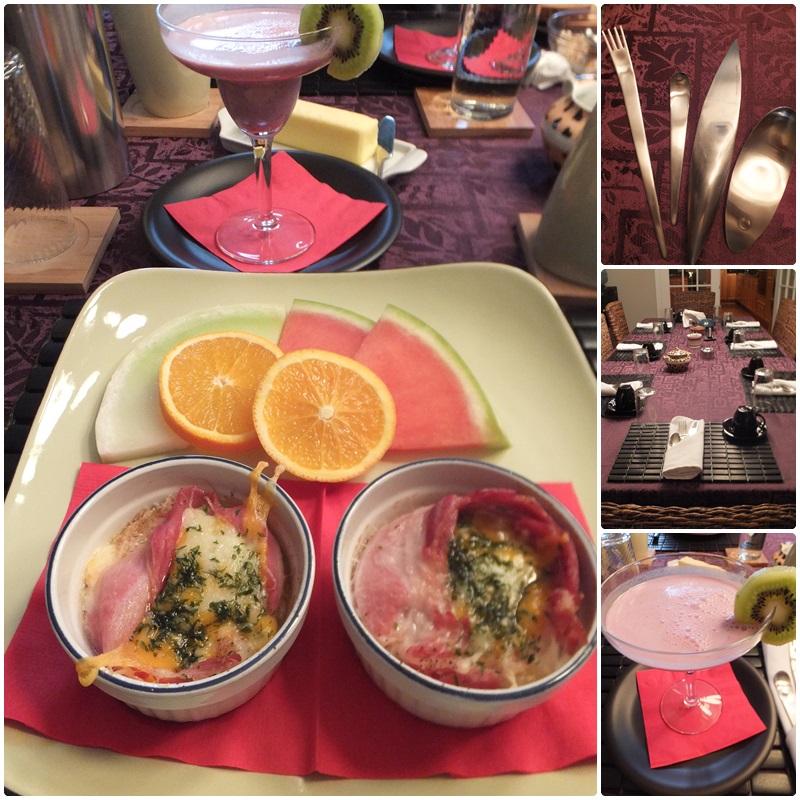 Another delicious breakfast at the Abadin B&B

After a 10 minute drive from L’Original I had arrived in Hawkesbury, the small town that is located right where the Perley Bridge crosses the Ottawa River into Quebec. I was here to explore a historic mansion called Maison de l’Ile (Island House). Here I met local experts Nancy Gray and Irving Lachaine who explained that the Maison de l’Ile dates from the early 1800s and was originally the administrative building of the Hamilton Sawmill complex. Hamilton Island was originally connected to the Ile de Chenail and there were large sawmills the Hawkesbury area that processed the wood that had been logged farther upstream. Logging was one of the most important industries in the Ottawa Valley. Chenail Island was once a thriving industrial and residential area, and the Maison de l’Ile is the only remaining house on this island and a testimony to the changing industrial landscape of Hawkesbury. Today, it is the home of the Le Chenail Cultural Centre and provides a venue for a wide variety of cultural events as well as a tourist information centre. 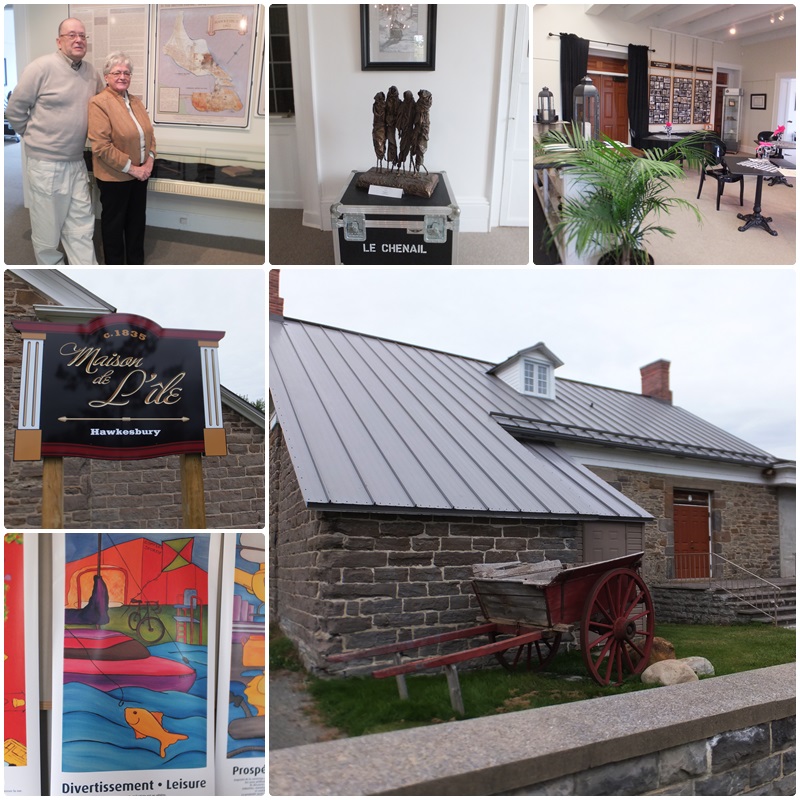 As the rain was falling heavily, I drove back from Hawkesbury to L’Orignal for my last visit in Champlain Township: I was scheduled for a tour of the historic L’Orignal Jail. Built between 1824 and 1825, this was the oldest functioning prison in Ontario until it was decommissioned in 1998. Local expert Louise Bédard opened the heavy doors and we entered this haunting (and haunted) structure. We saw several of the prison cells that either featured bunk beds or very narrow niche beds that were enclosed by heavy brick walls less than one metre apart. Louise mentioned that several people working here have had encounters with ghosts of former inmates who are still haunting the prison. 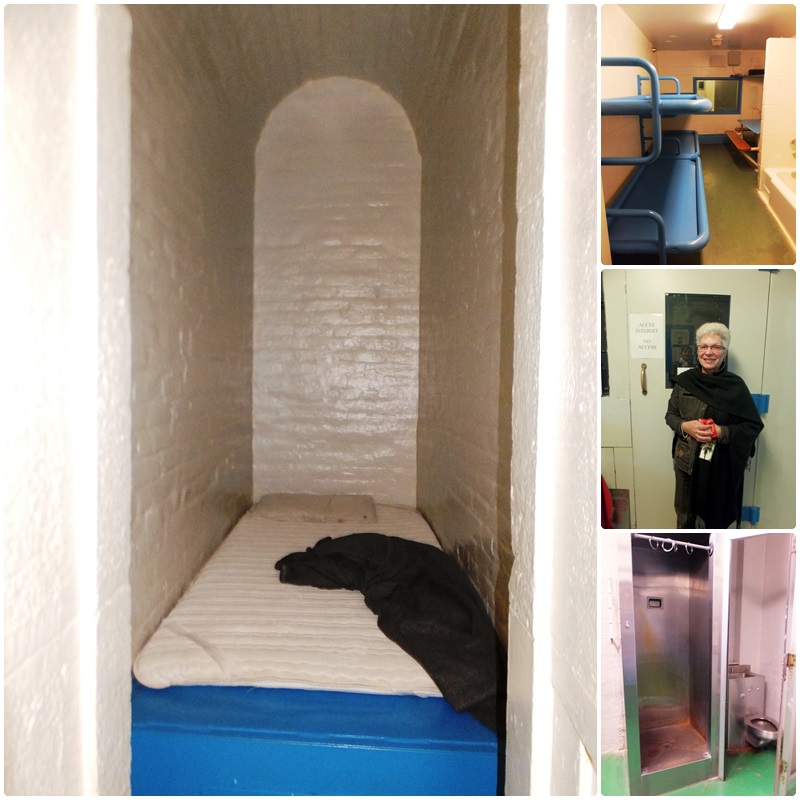 The Old Jail in L’Orignal is still said to be haunted today.

The Old Jail in L’Original is also a local history museum, and we saw an informative exhibit about the disappeared village of Caledonia Springs, a former spa town with mineral springs that became a popular destination for upscale spa tourists between about 1835 and 1935. Rich patrons came here from all over North America and stayed in the luxurious Grand Hotel to enjoy the health benefits of the medicinal waters. We also admired an exposition called “Duldreaggan Hall, Our Scottish Manor” which chronicles the history of a magnificent stone house built in 1805 by Scottish immigrant Alexander Grant, one of the founding fathers of L’Orignal. Another exhibit focuses on the evolution of telephones and features more than 300 different telephones, some dating back to the very early days of telephone communication. This educational visit capped off my visit to Champlain Township, an area that will need to be explored in more detail another time. 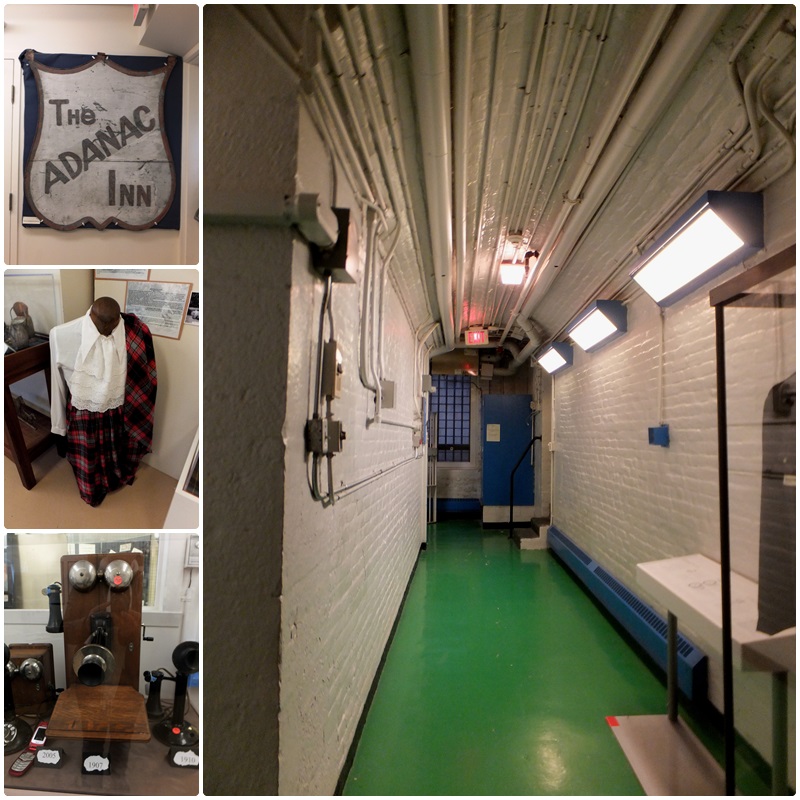 My last stop in the Hawkesbury area: the Old Jail in L’Orignal