Loire Valley Discoveries: A Walking Tour of Tours and a Return to Paris with a Visit to La Madeleine

The weather during my spring  visit to the Loire Valley just did not want to cooperate much as April 24, 2012 was also a pretty dreary day, with rain clouds hanging overhead. I checked out of my suburban motel and took the city bus into downtown Tours, the capital of the Indre-et-Loire region of France, which is located on the banks of the Loire River. Tours has a gorgeous train station and several impressive historic buildings: the City Hall of Tours with its impressive Neo-Renaissance face is particularly eye-catching. The city is also famous for the Battle of Tours which, in 732 AD, pitted Frankish and Burgundian forces against the Muslim army of the Governor-General of Al-Andalus, an event that shaped the history of Europe. 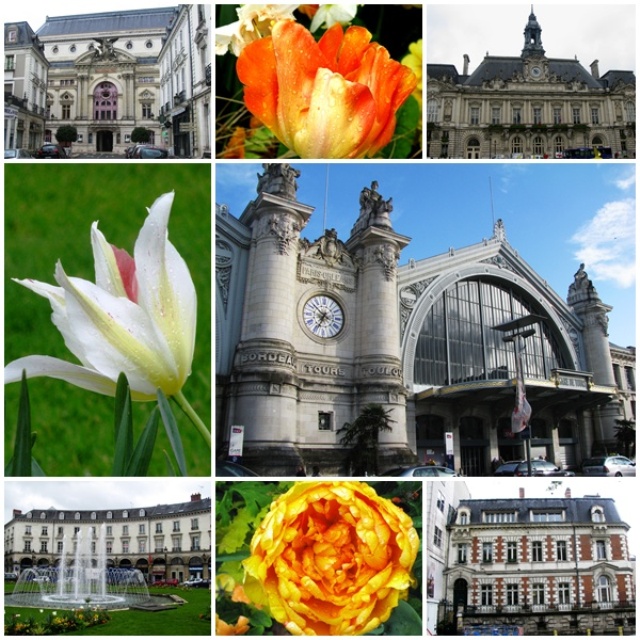 Before my return to Paris I walked through the old town and visited the Cathedral of Tours, a stunning Roman Catholic cathedral that took almost four centuries to complete. A church had been located in this spot since the 4th century AD, but this Gothic masterpiece replaced a Romanesque church from the early 12th century.  15 magnificent stained glass windows were installed in the second half of the 13th century and talk about the creation of the world and the passion of Christ. 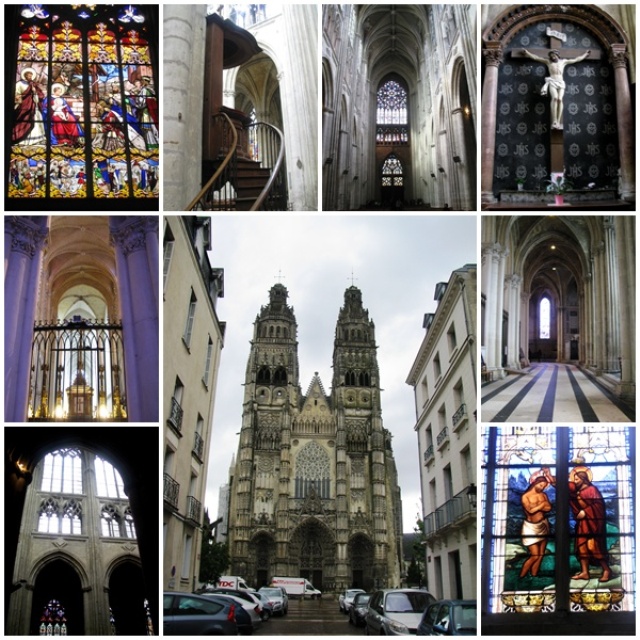 After my brief visit of downtown Tours and the Loire Valley I walked back to the attractive train station, ready to take the high-speed train back to Paris on April 24, 2012. For years I had been dreaming about travelling on one of Europe’s high-speed trains, and on this day my dream would turn to reality. Shortly after noon I arrived at the Beaux Arts railway station in Tours and admired the sleek snake-like snout of the TGV train, the famous “train à grande vitesse”. I sat down inside the modern passenger compartment and waited with great anticipation for the moment when the speed would press me back in my seat and we would reach 300+ km/h. But, strangely enough, nothing happened. The train accelerated steadily and if it had not been for a glance outside the window where I saw the landscape just flying by, I would not have even noticed that we had reached top speed. The smoothness of this train ride was almost anticlimactic, but, at the same time, a great testimony to European engineering. 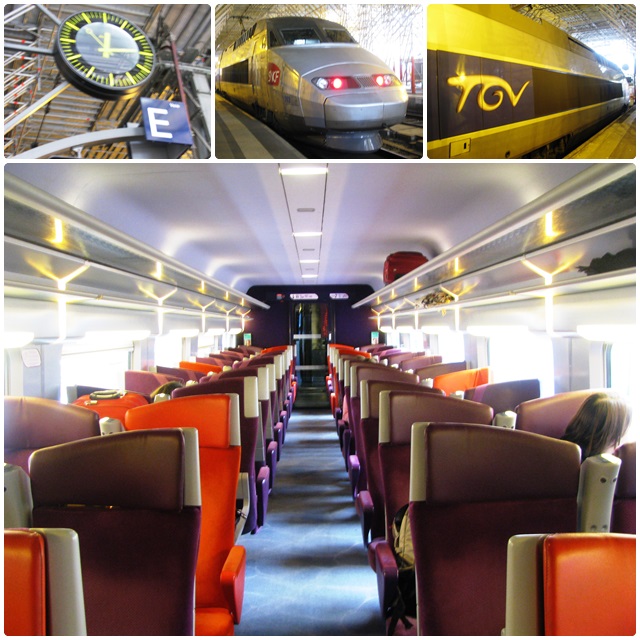 A real experience: a ride in the TGV

Just about an hour later I arrived at the concrete bunker of the Montparnasse train station and started my walk through Paris in the pouring rain. I figured today would be a good day for a museum visit and made my way to the Musée d’Orsay, the famous Impressionist museum that is housed in a former train station. Once I arrived there and saw the hundreds of people lining up in the rain, I realized I had not been the only one with this idea. Scared away by the long line-up I decided to cross the Seine and head into the Tuileries Quarter where I walked across the enormous Place de la Concorde. I walked up the Rue Royale and due to the ensuing downpour, I sought shelter inside La Madeleine (l’église Sainte-Marie-Madeleine), one of the best known buildings of Paris. This impressive Roman-Catholic church was started in 1764 and finally completed in 1845 and its design is reminiscent of a temple whose purpose was to celebrate the glory of Napoleon’s army. It was inspired by the Maison Carrée in Nimes, one of the best-preserved Roman temples.  Today, la Madeleine is the location of Paris’ most fashionable weddings. 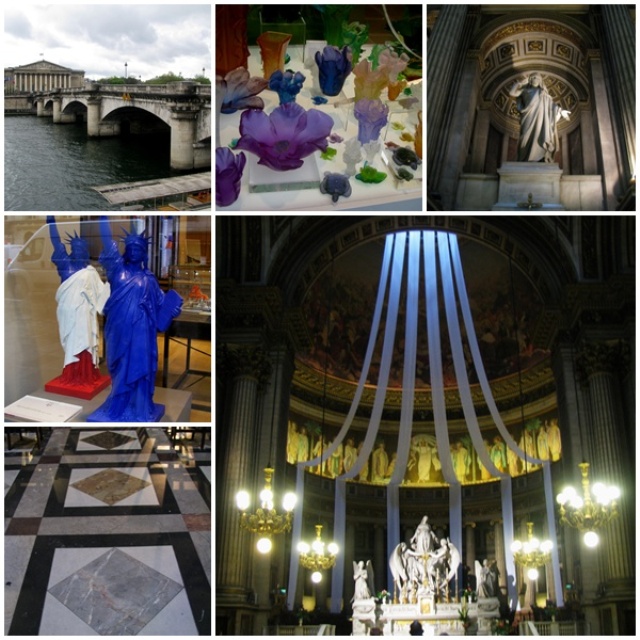 La Madeleine – one of Paris’ most beloved churches

It was the late afternoon by now and the rain was just coming down in streams. I hurried into the subway and made my way back to my apartment in Paris’ east end, trying to warm up after a chilly and rainy day. But despite the rather rotten weather, Paris so far and my brief excursion to the Loire Valley had definitely been worth it. Tomorrow I was planning to visit more museums in Paris.