So far, my stay in Paris had been very enjoyable and interesting, despite all the rainy weather. Well, not surprisingly, April 24, 2012 was another rainy day, perfect for attending some Paris museums. Wanting to avoid my experience from the day before, where I was trying to visit the Musée d’Orsay and was deterred by the hundreds of people in the lineup, I was searching for smaller, less known museums. My search came up successful: the “Cité nationale de l’histoire de l’immigration” is France’s museum of immigration history and a truly fascinating place.

Located in the stunning 1930s Art Deco Palais de la Porte Dorée, the building itself is fascinating. It features huge murals and an interesting interior design. More than 1100 square metres of space are dedicated to the history of immigration in France, covering the early 19th century until today. Personal stories of immigration are also told in print, photographs, various multimedia exhibits and personal objects. The museum illustrates how significantly immigration has changed the cultural, social and economic makeup of France. 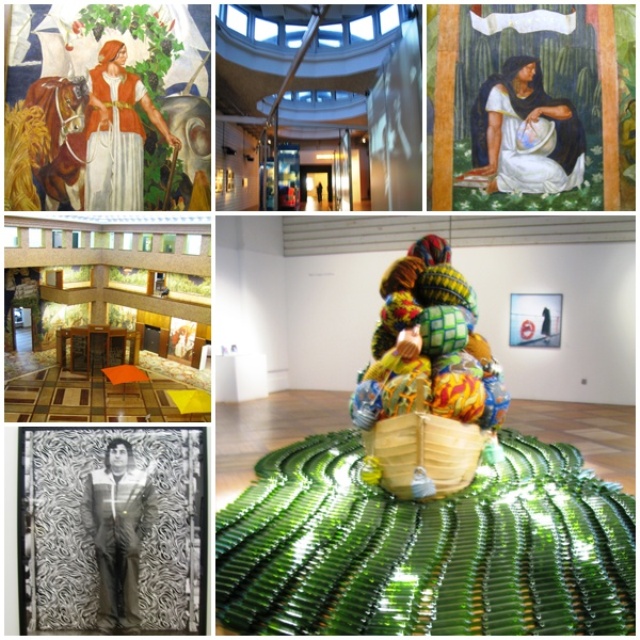 My second stop on this clammy day was another one of Paris museums: the Paris Sewer Museum, the “Musée des égouts de Paris”. This was another perfect choice – the museum is offbeat enough to not attract a huge number of visitors on rainy days. And much to my surprise, the smell was much better than expected…

Paris had a fledgling sewer system as early as 1370 and a large ring sewer was built in the late 1600 during the reign of Louis XIV. Huge improvements took place took place in the 1850s under city builder Baron Haussmann and engineer Eugène Belgrand who laid out the current water and sewer network of Paris. By 1878, Paris had a sewer network of 600 kilometers. Today, Paris has an underground network of 2,100 kilometres of sewer tunnels. Located beneath the Quai d’Orsay, the museum presents the history of water and mains drainage and shows some of the machinery that is used in keeping the sewers functional. It’s a great spot for anyone with an interest in civil engineering and public works. 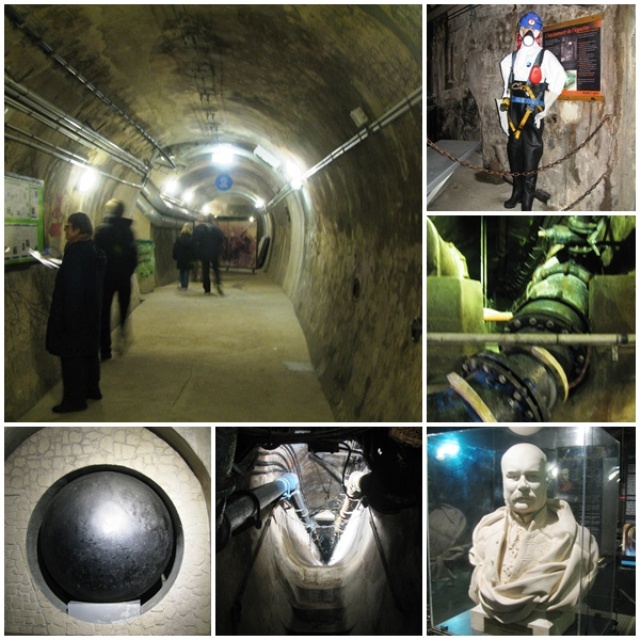 The rain continued after I left the Paris Sewer Museum and I continued my explorations of Paris on foot. Not far away I reached the Eiffel Tower where only a few tourists were bracing the drizzle to have a look at this amazing engineering marvel that was built in 1889. It is still the tallest building in Paris today and the most visited paid monument in the world. It held the title of the tallest building in the world until 1930 when it was surpassed by New York’s Chrysler Building.

Then I hopped on the Paris Metro to another landmark, this one on the east side of the city: the Gare de Lyon, one of the most historic railway stations in Paris and one of the city’s six large mainline railway terminals. This train station is also the northern end of the Paris-Marseille railway and many regional trains. Built for the World Exposition of 1900, this railway station is a classic example of early 20th century railway architecture. It is also the location of a famous restaurant, Le Train Bleu, today an upscale restaurant, which has been in operation since 1901. Most characteristic of the Gare de Lyon is the large clock tower which has a height of 64 metres. 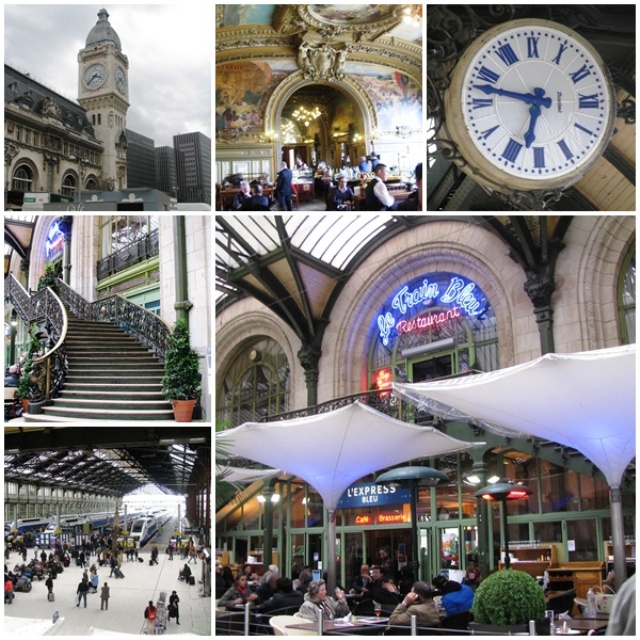 One of the places I definitely wanted to visit in Paris was the “Promenade plantée”. During my rainy explorations, I walked less than 10 minutes from the Gare de Lyon and arrived at the elevated Viaduc des Arts, which is part of the former Vincennes railway line that makes up the Promenade plantée. The Viaduc des Arts has been populated by a variety of retail stores and designers that have found their homes under the arches of this former elevated railway that starts just east of the Bastille and goes 4.7 km eastwards towards the boulevard Périphérique. Although it was raining on this day, there were several people taking a stroll on this elevated walkway that is framed by shrubs, flowers, bushes and benches to sit down and relax. There are even several tunnels along the Promenade plantée which happens to be the first green space constructed on an elevated viaduct. Removed from the noise of city traffic, the Promenade plantée is a true urban oasis of peace and quiet and was a great place for a walk, even in the rain.

Chilled to the bone I hustled back to my apartment in the 17th arrondissement and hid out under the blankets to catch a good rest for my last day in Paris the next day, and my planned visit to Vincennes. 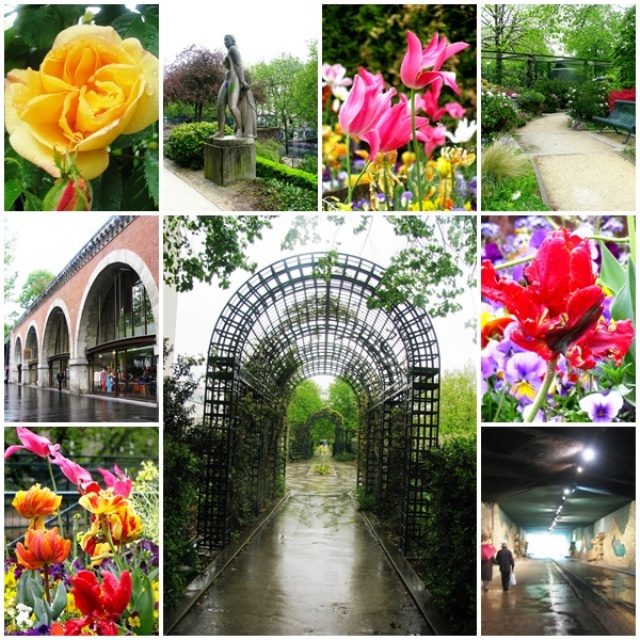 The Promenade Plantée – an urban oasis