Montevideo, Uruguay: A Perfect Side Trip from Buenos Aires

During my trip to Argentina in November of 2011, it was absolutely clear to me that I would make an excursion to Montevideo, Uruguay. The distance is only about 100 miles or 160 kilometres, straight across the Rio de la Plata. I had decided to spend three days in Uruguay: two days in the capital and one more day in Colonia del Sacramento, a beautiful resort town on the shores of the Rio de la Plata. 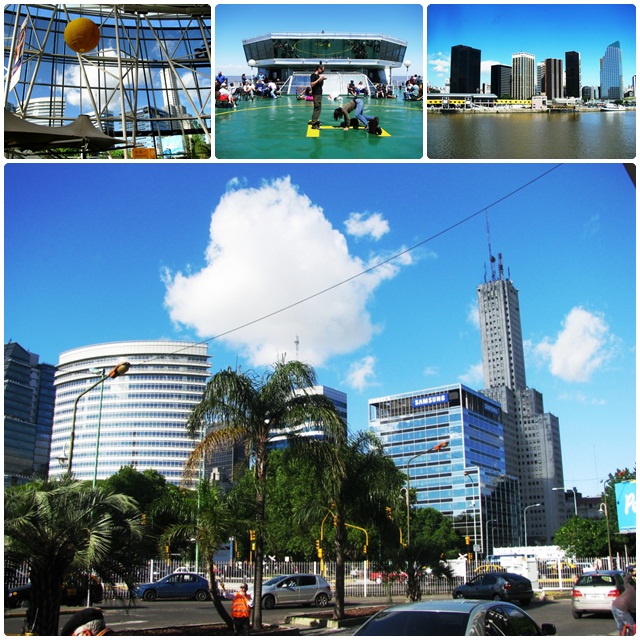 Looking back at Buenos Aires

I grabbed a taxi from my abode in Buenos Aires’ Palermo area and arrived in the Buquebus ferry terminal in the port area of the Argentine capital. Of course I had to go through customs and immigration and then made myself comfortable on the ferry to Colonia, which was followed by a bus ride of about 1.5 hours to get to the capital city. Once arrived at Montevideo’s bus terminal, I hailed another taxi and minutes later I arrived at the apartment that I had booked through Airbnb.com.

For the next two nights, I was going to staywith two young ladies who were renting out an extra bed to travellers. For about $40 a night, this made my excursion to Montevideo a very affordable adventure. One of the hostesses, Claudia, welcomed me warmly and offered me some cookies and tea. After an overview of the city, she also explained the local bus system to me which got me ready for my first evening excursion into downtown. Having a local connection right off the bat was a great start to my adventure in Montevideo. 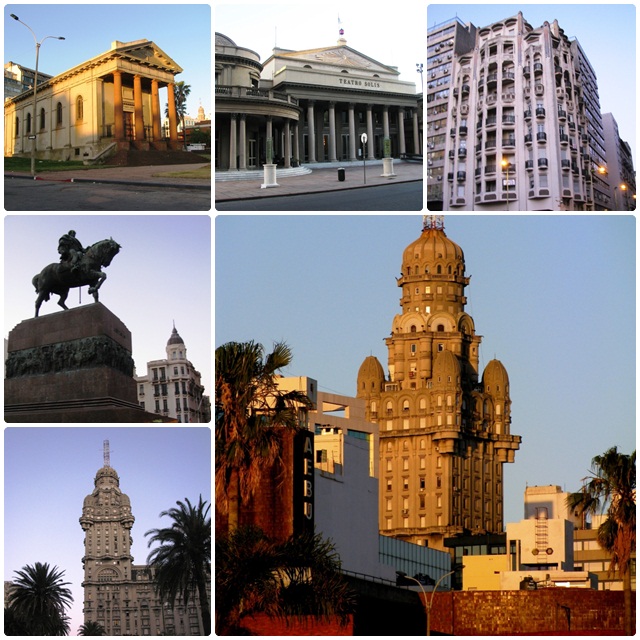 With more than 1.3 million inhabitants, Montevideo, Uruguay, is home to almost half of the country’s population of 3.3 million people. The city was founded in the 1720s, and particularly during the early 20th century it became a huge destination for immigrants from Europe. Countless thousands of Spaniards, Italians and Central Europeans arrived in the port of Montevideo to start a new life in the New World.

In 2002, Montevideo, Uruguay, went through one of its worst economic crises which dramatically affected the banking industry and all other sectors of the economy. Since the late 2000s, Montevideo’s economy has started to recover, but the overall crime rate is still higher than before the crisis of the early 2000s. Nevertheless, Uruguay itself is often referred to as the “Belgium of South America” because it has a stable democracy and a strong social system. In 2006, Mercer Human Resources Consulting designated Montevideo as the city with the best quality of life in all of South America.

I enjoyed my bus ride, taking in the sights and architecture of this Latin American metropolis. The driver of the bus I was on was very helpful and directed me to my desired destination: the Plaza de Independencia, Montevideo’s most important square. It is located at the eastern end of the Ciudad Vieja (Old Town) which is demarcated by the Gateway of the Citadel on the west side. The eastern side of the Plaza de Independence marks the beginning of the Avenida 18 de Julio, the city’s most impressive and important street which is lined by many attractive buildings from the early 20th century. 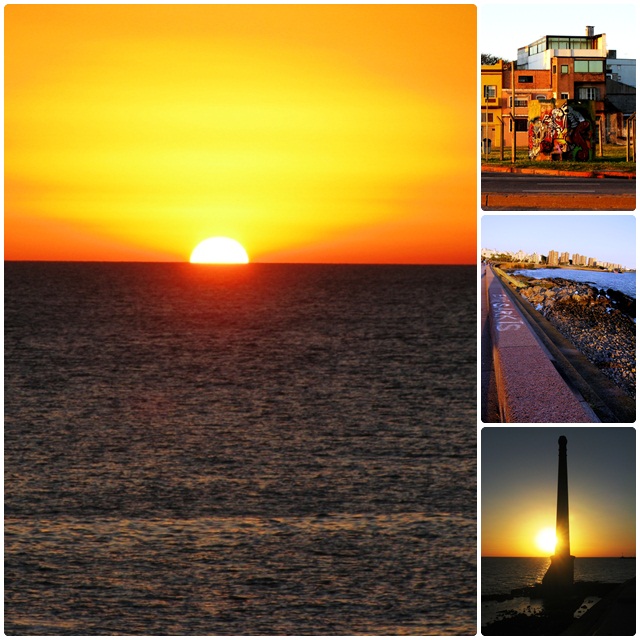 A gorgeous sunset in Montevideo, Uruguay

The most distinctive building on this square is the Palacio Salvo, an imposing high rise building with a height of 95 metres that was commissioned in 1922 by two textile magnates who were originally from Italy. Finally, in 1928 the building was completed and for many years it was the tallest building in all of South America. The Palacio Salvo was originally supposed to be a hotel, but that never materialized. Today it houses a mixture of residential apartments and offices, and it is definitely the most recognizable landmark of Montevideo.

The sun was starting to set now and I really wanted to get down to the Rio de la Plata to take in what I assumed was going to be a breathtaking sunset. I asked a tourist policeman to direct me to the riverfront, but he warned me right away to be careful. The Ciudad Vieja (Old Town) can be rather dangerous at night, and the malecon (waterfront boulevard) was right adjacent to the Old Town.

I reached the waterfront within minutes and was indeed rewarded with a stunning sunset. Some locals were sitting by the riverfront, drinking “mate”, a rather bitter infusion of the mate plant (yerba mate) which is essentially the national drink of Argentina and Uruguay and the basis of an important social ritual. The buildings surrounding the waterfront were rather run down, and older buildings were interspersed with some rather ugly concrete buildings from the 1970s. I have to admit I started feeling quite uncomfortable and decided to make a hasty retreat back to the Plaza de Independencia. 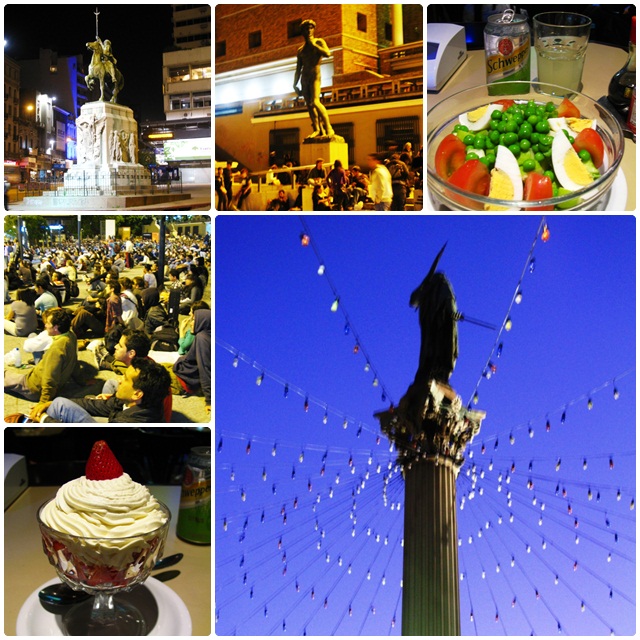 An evening walk in Montevideo, Uruguay

From here I walked eastwards on Avenida 18 de Julio, the city’s most important thoroughfare. It is lined by many high rise buildings from the 1960s and 1970s but also by some beautiful earlier edifices dating back to the early 20th century. I strolled by the Plaza de los Bomberos, the Opera and the Faculty of Arts where a large crowd of students was watching an important soccer match on a huge outdoor screen. I ducked into one of the nearby restaurants and grabbed a dinner surrounded by locals who were watching the TV screens and quite frequently erupted into excited screams when Uruguay was scoring goals against long-standing rival Chile. Uruguay ended up winning 4:0 over the Chileans which was a big cause for celebration in the streets.

By about 11 pm I got back to my apartment. My landladies had gone out for the evening. I was in dire need of sleep to get ready for my adventure tomorrow: a bike tour of Montevideo, Uruguay.