Montevideo, Uruguay: A Bicycle Ride along the Waterfront

To get the most out of my one full day (November 12, 2011) in Montevideo, Uruguay, I decided to go bicycling to explore the city. I was not able to locate any guided bicycle tours, but I found Orange Bike, a company that actually delivers a rented bicycle directly to your hotel or local address and picks it up again. A lot of Latin American cities don’t have great biking infrastructures yet, so it’s sometimes a bit difficult to find providers of bicycle-related services, but I was fortunate.

At $12 for a whole day the Orange bicycle rental was a very reasonable deal and it was really convenient to get my bike delivered at about 10 am. I have to admit it wasn’t the most comfortable of two-wheeled vehicles, but it would do for my day of explorations in Montevideo, Uruguay. 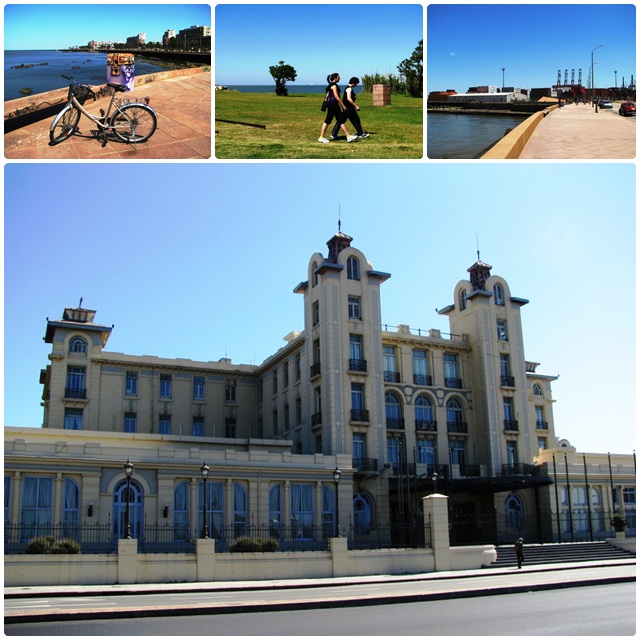 Montevideo, Uruguay: Biking along the Rambla

From my apartment I rode down a sloping hill to the Rambla, the 22 km long waterfront promenade of Montevideo which provides an amazing view of the city’s coastline along the Rio de la Plata and the Atlantic Ocean. The Rambla is enjoyed by bikers, joggers, dogwalkers, young couples in love and groups of friends who sit down along it and enjoy drinking “yerba mate” together.

Shortly after I departed I reached Playa Ramirez, an attractive sandy beach where a few locals were already playing volleyball. South of there is a large park that is extremely popular with joggers and I plunked myself down for a refreshment at one of the beach huts. Then I cycled north again and stopped at the Parque Rodo, an attractive municipal park. The park contains many statues, palm trees and lush tropical vegetation, two ponds and rental facilities for pedal boats. It’s a popular gathering spot for the locals. 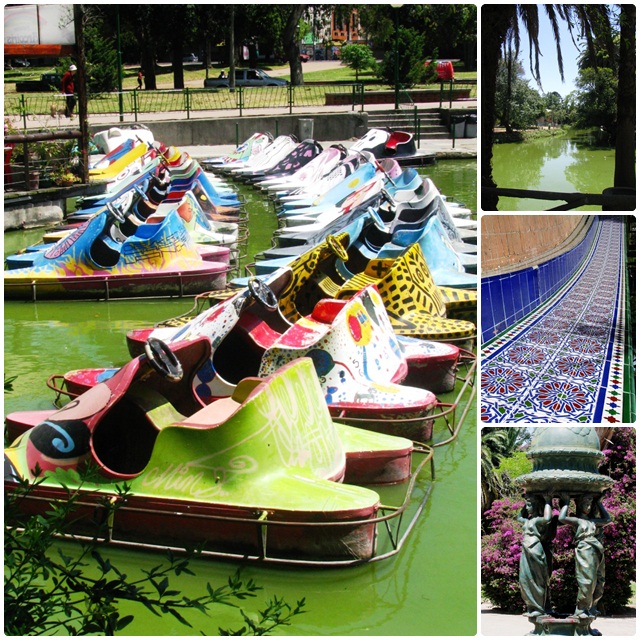 Not far away is the Museo Nacional de Artes Visuales (the city’s Visual Arts Museum) which showcases many Latin American artists as well as travelling exhibits by international artists. On the south western side of the Park are the Municipal Casino and the Edificio Mercosur, an attractive building from the early 1900s that is now the administrative headquarters of Mercosur, as well as the Organization of American States as well as some offices of UNESCO.

Then I continued westwards along the Rambla Republica Argentina that represents the southern waterfront edge of Montevideo’s downtown area. My bicycle seat kept collapsing on me as it was not screwed in tightly, so I flagged down a young couple who were on bikes as well. They were equipped with a small collection of tools for bicycle repairs and made sure my bicycle seat was firmly adjusted. We had a brief chat about life and bicycling in Montevideo and it was a great friendly encounter with the locals.

The ride along the Rambla was very pleasant ride with little traffic. I now started approaching the port area which was looking a little rough around the edges. Close by was going to be my next destination in Montevideo, Uruguay: the world-famous Mercado del Puerto.