Ontario Travel: The Blyth Festival and the Benmiller Inn

Our last day, October 11, 2011, on Ontario’s West Coast had begun. It started with a nice home-made breakfast at our bed and breakfast, Clair on the Square, where a colourful fruit salad, freshly baked scones and over-easy eggs would give us a solid base for our explorations today. 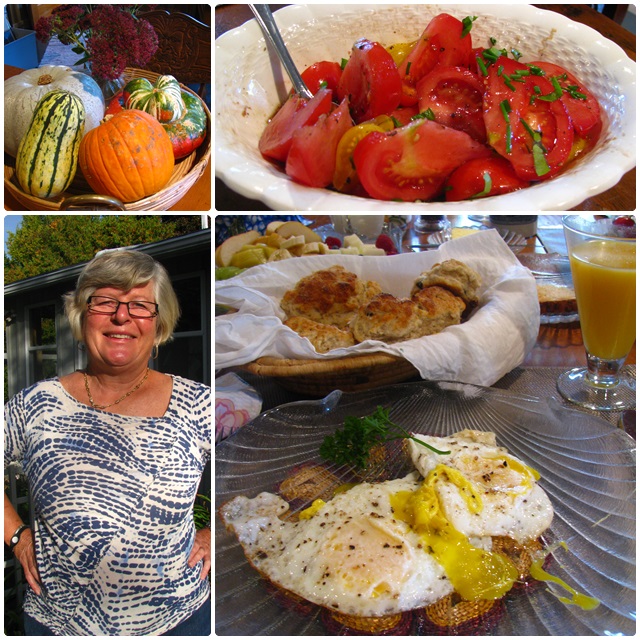 Breakfast at Clair on the Square

Unfortunately our time in Bayfield had come to an end and we had to say goodbye. Our next destination was the small nearby village of Blyth, home of the famous Blyth Theatre Festival. On the way there, we briefly stopped at Phil Gemeinhardt’s antique market, which consists of a collection of wooden sheds filled with quirky items and a wild assortment of disused objects that are more or less strategically placed all over the property.

Past rolling farmland and grazing cows we reached the village of Blyth, a small community of less than 1000 inhabits with a Victorian-era main street. I had an appointment with Eric Coates, the Artistic Director of the Blyth Festival, a theatre festival that specializes in the production and promotion of Canadian plays. Eric took me from the administrative offices to a large rehearsal room and from there to the back stage area of the theatre and explained that the festival was started in 1976. 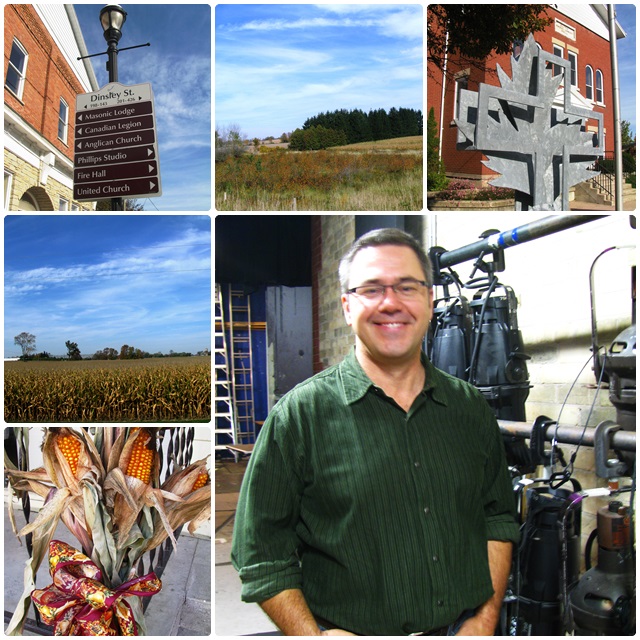 Impressions of Blyth, home of the famous theatre festival

The festival organization has a full time staff of 5 people that balloons into 60 people when the theatre season starts. The Blyth Festival actually runs four plays concurrently during the summer months, so visitors to the town can catch several productions. Some of the plays touch on topics such as the First World War, the concept and meaning of “home town”, Al Capone’s local visits to Southwestern Ontario during the Prohibition years and the disenfranchisement of a black family in Saskatchewan in the 1940s. All of the plays have substance and touch on meaningful topics.

The next stop in my discoveries in Huron County was the Benmiller Inn, so I had to say goodbye to Eric, but hopefully I’ll have a chance one day to catch on of the Blyth Festival’s theatre productions. Not far from Blyth, we arrived in the quaint village of Benmiller, a small hamlet close to the Lake Huron coastline. It is the location of the famous Benmiller Inn and Spa, a historic country inn located in a former woollen mill that was built in 1861. I met innkeeper Kevin Reid who showed me through the property. Starting in the main entrance and reception area, Kevin explained that the woollen mill was in operation until 1965, when it was closed and stood empty for 5 years. It was purchased in 1970 for conversion into a country inn. 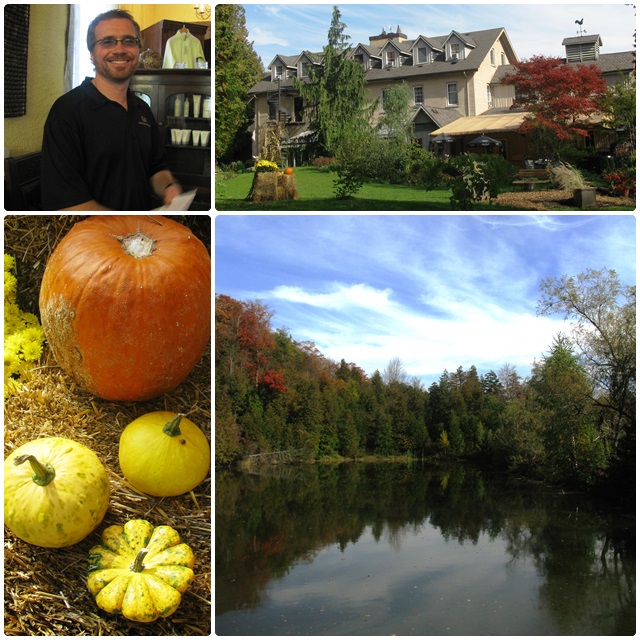 The original owner was a gentleman named Ben Miller and one of the most interesting facts is that, in 1870, his son Jonathan was the largest man in Canada, weighing 475 pounds. Walking through the cozy lounge and bar area we arrived in the large dining room of the property whose cream, red and dark brown colour scheme creates a warm and pleasant atmosphere.

After viewing the dining room, Kevin took me to the patio outside that can hold about 80 people and is a popular destination for wedding parties. Looking at the attractive dormers on the roof of the inn, he explained that the 3rd floor was added in the 1970s together with the dormers. The garden of the inn is absolutely lovely, despite a major tornado that came through here on August 21, 2011 and within minutes, caused $700,000 in damages. 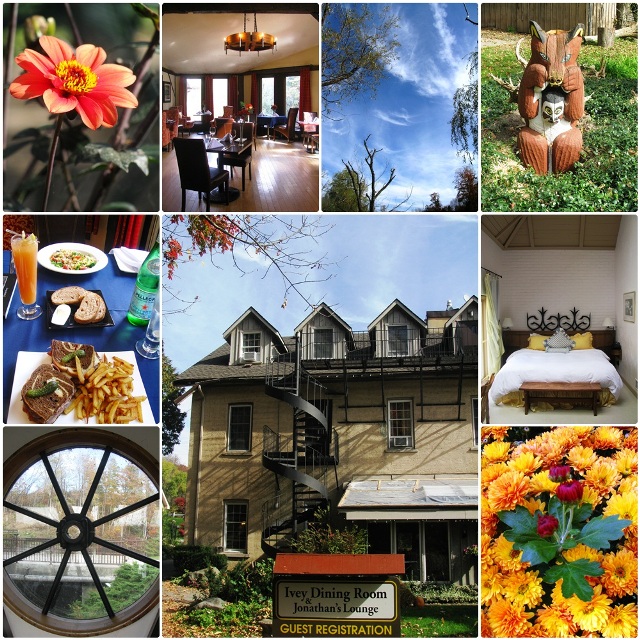 More images of the Benmiller Inn

After visiting one of the classic, rustic style rooms in the main inn, we walked about 10 minutes on the property to the Gledhill House, also located beside a pond next to the Maitland River. The Gledhill House was the former residence of the original owners of a gristmill that still stands next to the house. The former grist mill now holds guest rooms, the pool and the spa of the Benmiller Inn, while the Gledhill House holds 18 guest rooms and two conference rooms.

Now it was time to head back to the main inn for lunch. Kevin had to say goodbye, but we enjoyed our lunch before we had to move on to our next destination: Goderich.