Ontario Travel: A Hike in Bayfield & Lunch at the Black Dog Pub

This sunny Thanksgiving Monday, October 10, 2011, started with gorgeous sunshine again, a perfect beginning to an action-packed day in the picturesque village of Bayfield. After a healthy fruit salad, some home-made scones and our filling blueberry pancakes at our B&B Clair in the Square, we were ready for a full day of activities. Just minutes away, on Bayfield’s Main Street, we linked up with Tyler Hessel and Heidi Martin, a dynamic husband-and-wife team who own Outside Projects, a company that focuses on active outdoor recreation. Today’s program would have us go on a guided walk with Heidi and, after lunch, on a local bicycle tour with Tyler at the helm. 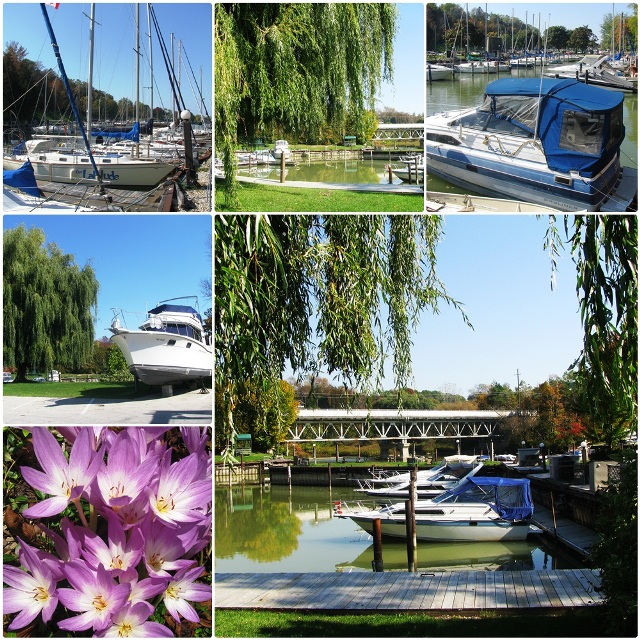 The picturesque harbour of Bayfield

We met Heidi a few minutes down the road at Bayfield’s Little Inn where she let us know that two other walkers would join us on the hike. Then we started our walk through the old part of Bayfield and turned left to cross the Bayfield River on the big bridge over Highway 21. Looking north along the river, the forests were dotted with green, yellow, orange and red trees at the height of fall foliage season. We turned onto Old River Road and minutes later we had reached the trail head of the Sawmill Trail, a 2 km trail that would take us down to the banks of the Bayfield River.

The Bayfield River Valley Trail Association has built many bridges, benches and interpretive signs along the trail to make this an educational experience. Along the trail there are numerous lookouts over the river, and we stopped several times to watch fishermen in their hipwaders, and we even caught a glimpse of a Great Blue Heron, sitting completely still on a large boulder in the middle of the river. 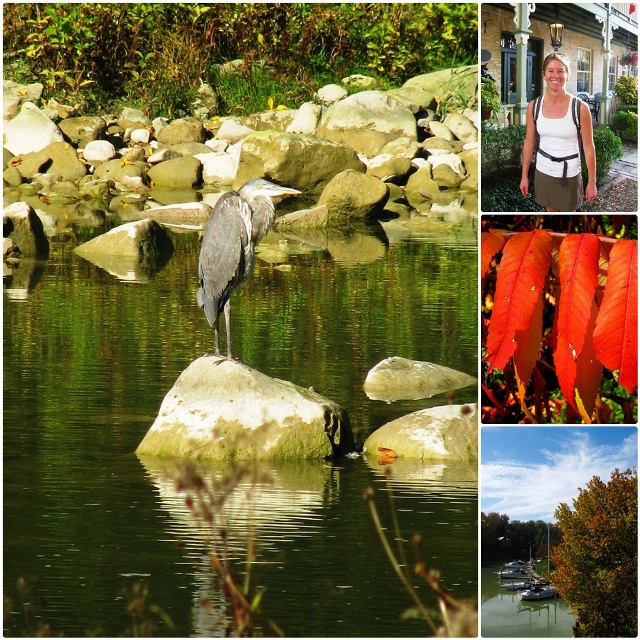 On the way back, Heidi took us through a part of the heritage area of Bayfield which was mostly settled in the second half of the 19th century. We saw a large church that is waiting to be converted into a private residence, and some large Victorian homes with impressive gardens. We also stopped on Clan Gregor Square which is anchored by a recently replaced cenotaph that honours Bayfield’s fallen soldiers. Surrounding the memorial is a series of plaques with photos of fallen servicemen that puts actual faces to their names.

After our morning hike on the Sawmill Trail on October 10, 2011 in Bayfield we were ready for lunch and listened to the suggestion of Tyler Hessel, co-owner of Outside Projects, who was going to be our bicycling guide this afternoon. He pointed us straight across the street to the Black Dog Village Pub and Bistro. It was definitely time for a solid meal at the Black Dog. The pub’s attractive outdoor patio was packed on this gorgeous Thanksgiving Monday, so we had to wait a bit inside until we got a nice window seat overlooking Bayfield’s Main Street. The first thing that impressed us was the eclectic collection of soups, appetizers, salads, burgers and main dishes. 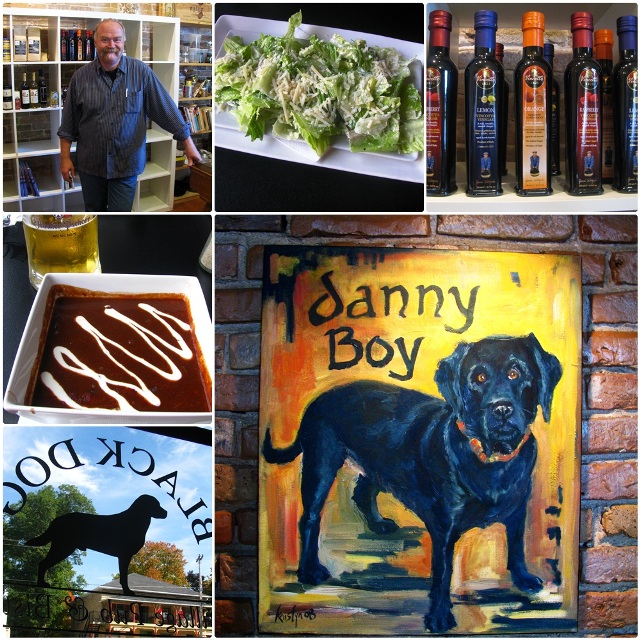 As a real beer lover, my travel partner was impressed by the large number of beers on tap at the Black Dog: the pub serves 20 different draught beers and 5 additional bottled beers. Owner Ted McIntosh joined us briefly and told us a bit about his business. He even showed us the Black Dog Pantry next door, “Bayfield’s Finest Food Shop” which he runs together with his wife, Catherine Sloan-McIntosh who is a well known food writer and has just published her 9th cookbook.

Ted explained that his eatery is not simply a pub in the traditional sense, but a gastro pub where visitors can enjoy good food with down-to-earth yet sophisticated culinary choices. And it is named after Danny Boy, his beloved black lab, who is immortalized in an oil painting at the back of the pub. The building where the pub is located dates back to 1850 and is the oldest commercial building on Bayfield’s main street. 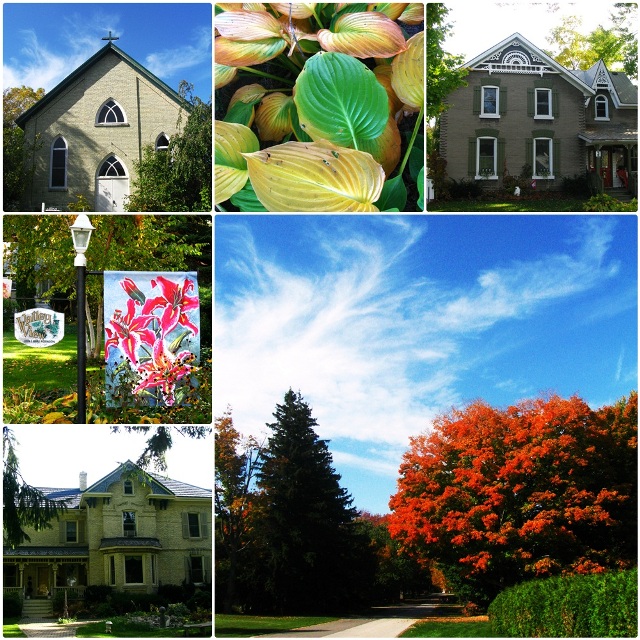 More images from our hike in Bayfield

As a trained sommelier, Ted is an expert in wines and spirits, and his pub has won the VQA Wine Award every year since it opened. A huge scotch and whisky selection rounds out the beverage offerings at the Black Dog Pub which also holds regular special events, for example the upcoming October Fest where a $40 ticket will get you a keepsake beer glass, a sampling of dozens of beers, a bratwurst dinner and some live music.

With a nice meal in our stomachs, we were definitely ready to for a country bicycling tour with local expert Tyler Hessel.

2 Responses to Ontario Travel: A Hike in Bayfield & Lunch at the Black Dog Pub