Ontario Travel: A Visit to Goderich and a Huron County Drive

The second last stop on our discoveries of Ontario’s West Coast on October 11, 2011 was Goderich, with about 8000 people the largest town in the area. Goderich has long had the nickname “Canada’s prettiest town”, which was supposedly coined by Queen Victoria.

On August 21, 2011, Goderich was hit by a forceful F3 tornado that damaged the salt mine, many buildings on the historic Main Square as well as many private residences. As a lover of historic architecture and a real fan of this pretty town, I was dreading what I was going to see downtown where the devastation had been the worst. 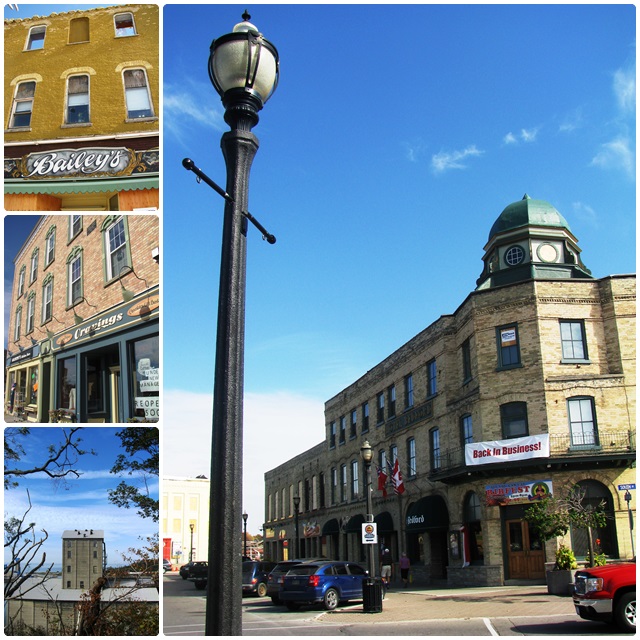 Goderich, in the process of rebuilding

When we finally arrived on the square I was actually really surprised to see that it looked much better than expected. All the debris had long been cleared and the town looked very tidy. There were two main rows of Victorian houses on West Street and East Street where two entire street blocks had been seriously damaged by the tornado and buildings will likely have to come down. But the north and west side of the square appeared virtually unscathed.

On the north side of the square I popped into the Kulpepper’s Kitchen Store to talk with one of the locals. Owner Steve Rock showed me his store which includes a huge selection of kitchen and gourmet food products from 87 suppliers. Steve said that the community’s response after the tornado has been fantastic; he reopened about 3 weeks ago and wasn’t even sure if he would be open until noon as he did not expect many customers. He said the day that he reopened people came to shop in droves and he was hardly able to deal with the onslaught of customers that were eager to buy. 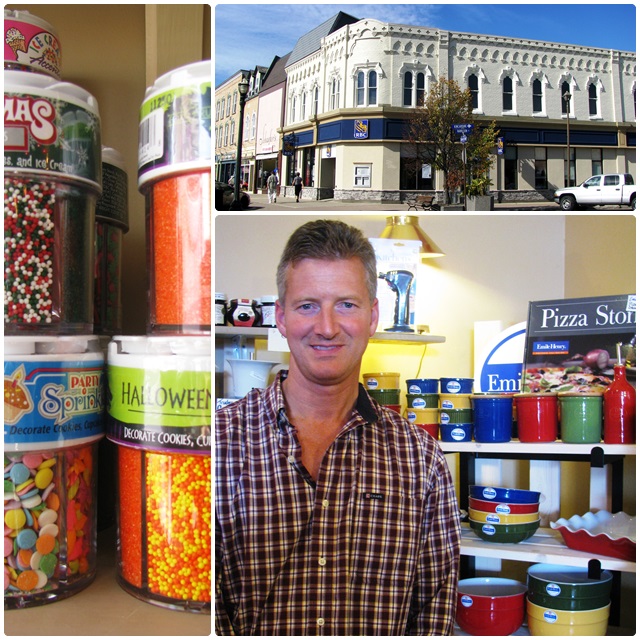 After our discoveries in Goderich we made one final stop in Huron County: the Bannockburn B&B, housed in a stately stone farm house built in 1878. Owner Sabine Mühletaler was hard at work in the garden when we pulled up the driveway and requested a tour of her property for future reference.

After many years of farming, Sabine purchased this property in 2006 and completed extensive renovations to turn it into an up-to-date bed and breakfast with three guestrooms and all modern amenities. Sabine did much of the work herself, and Amish acquaintances built the beautiful new porch that surrounds the house on the south side. Since 2007 Sabine has been welcoming guests now and every summer she hosts two weddings in the park-like setting. 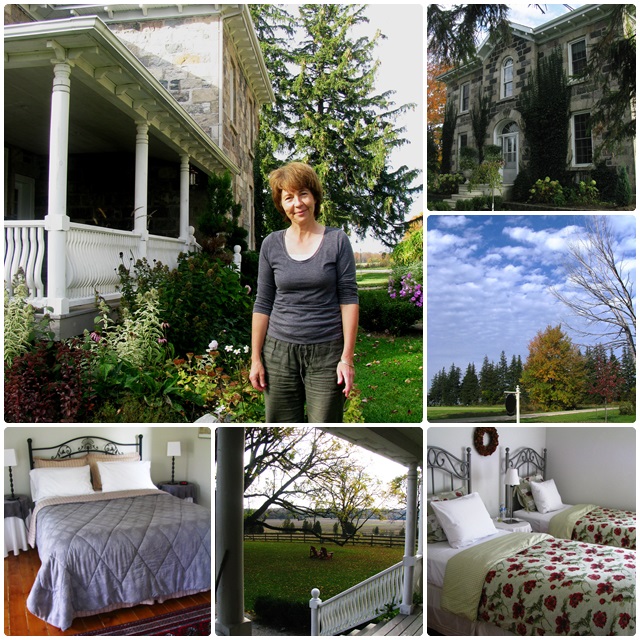 With this, three days at Ontario’s West Coast had come to an end. From Bayfield to Clinton, Blyth, Benmiller and Goderich, I had got to know so many new country destinations worth exploring.