The weather in Vienna couldn’t have been any better on May 21, 2014 when we embarked on another day of explorations. On this day, we had actually planned to travel by boat to Bratislava, the Slovak capital, which is only about 65 kilometers from Vienna. We arrived early next to the Danube where several river cruise boats were parked already – river cruising is extremely popular on the Danube. The St. Francis of Assisi Church, a fanciful Basilica-style Catholic church, was overlooking the shorelines as we relaxed in the sun by the Danube’s shoreline. Shortly after 9 am our hydrofoil express boat from the Slovak company Lod arrived; this speedy contraption would whisk us at a maximum speed of 65 km/h to Bratislava in only 1.5 hours. On board I also met an Australian couple who were on a trip around the world – they had won $10,000 worth of flights from Quantas Airlines and, as part of their trip around the globe, they were also looking forward to a quick visit in the capital of the Slovak Republic. 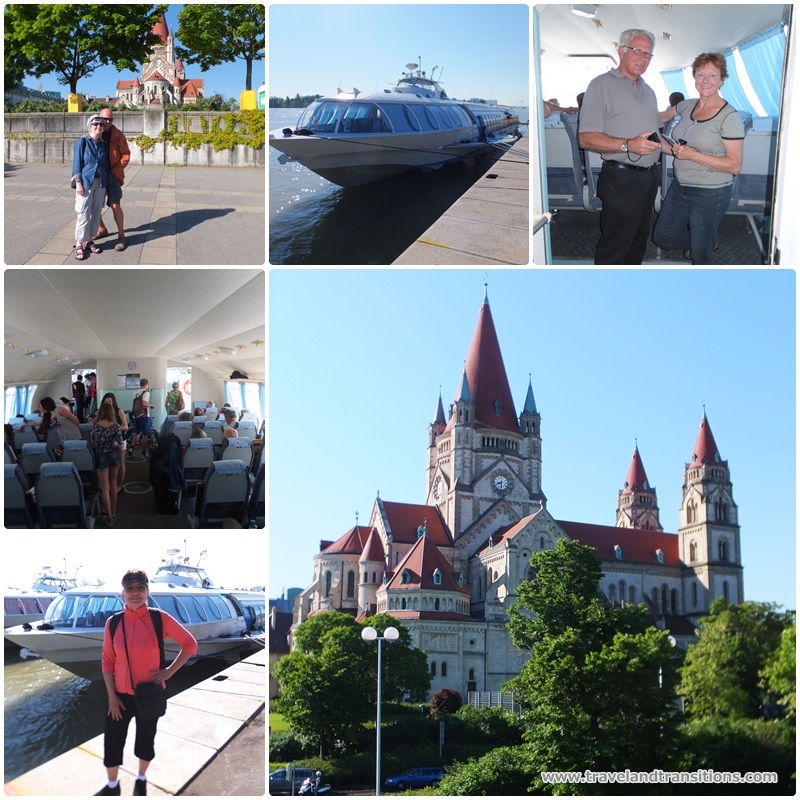 A speedboat trip from Vienna to Bratislava

After our hour and a half long ride on the Danube via speedboat from Vienna, we arrived in Bratislava shortly after 11 am. We disembarked right downtown and strolled north from the waterfront past the Reduta, home of the Bratislava Philharmonic Orchestra which is housed in a stunning concert hall that was constructed between 1913 and 1919. Farther up the street we arrived on Hviezdoslavovo Square which is anchored by the opulent Slovak National Theatre, an impressive Neo-Renaissance building opened in 1886 that hosts opera, ballet and theatre performances. The square is also the departure point for the sightseeing tours which take place in cute red vehicles that are reminiscent of stage coaches and old fire trucks. At 10 Euros, a 1.5 hour sightseeing tour was definitely going to introduce us to the main sights of the Slovak capital. 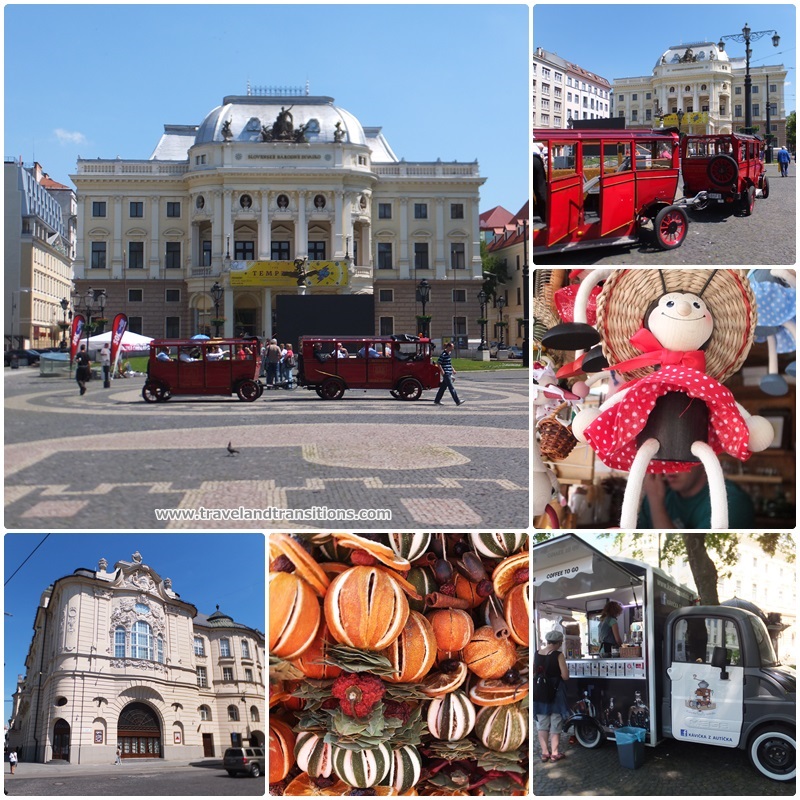 The Reduta and the Slovak National Theatre

Since our Bratislava sightseeing tour was not going to depart for another hour or so we decided to have lunch in one of the many patio restaurants on Hviezdoslavovo Square. Finally at 12:15 we climbed into our cute open-air bright red sightseeing vehicle and started our tour through the city. After seeing several of the old churches and newer Communist –era buildings, we arrived at the top of a hill and had 20 minutes to explore Bratislava Castle, a beautifully renovated castle whose construction started as early as the 9th century. With its four corner towers and its dominating location on a rocky hill above the Danube, this is one of Bratislava’s main sights, a frequent location of various festivals and home to exhibitions of the Slovak National Museum. The view from the castle over the Danube and beyond is simply precious. 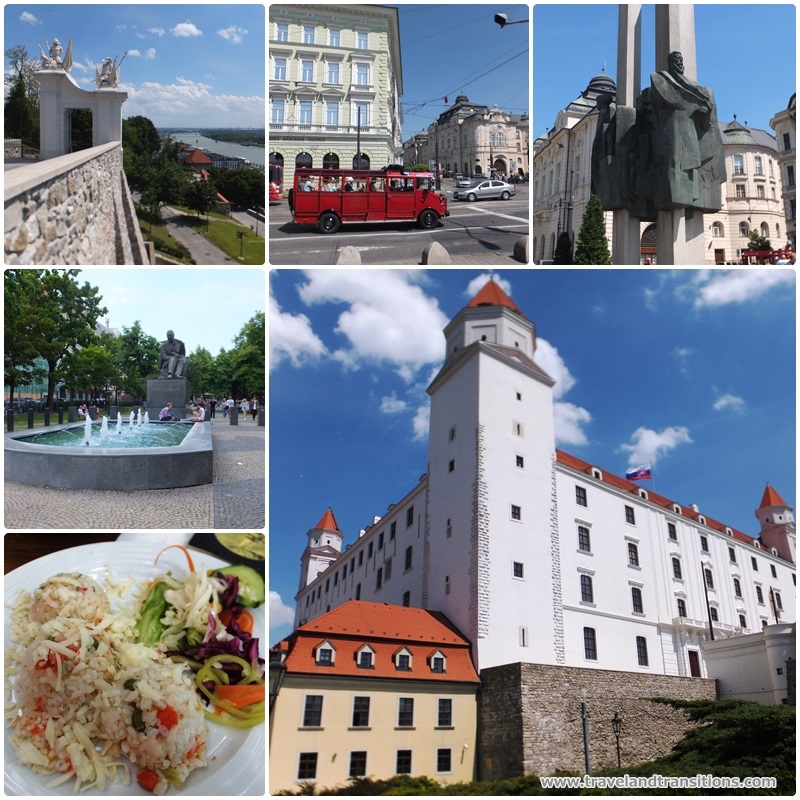 Our sightseeing tour took us to Bratislava castle

The sightseeing tour in our red mini-fire truck had been a great introduction to Bratislava, and now we were ready to explore it on foot.