The Prater – Vienna’s Amusement Park, the Belvedere, Schönbrunn Castle and an Evening in Grinzing

Continuing my explorations of Vienna on a sunny May 20, 2014 I wanted to go from the first district downtown to the Prater, the city’s historic amusement park. The best way to go is by taking the public transit system as the “U-Bahn” (subway) whisks you quickly and comfortably all across Vienna. I admit I became an ardent fan of Vienna’s public transit system because of its cleanliness and efficiency. I entered the subway next to the Vienna State Opera and went through a long underground passage with lots of stores and souvenir shops to get to the Karlsplatz (Charles Square) where I boarded the subway. Getting the week-long transit pass for less than 16 Euros had been a great investment which allowed me to zip quickly from one place to another. 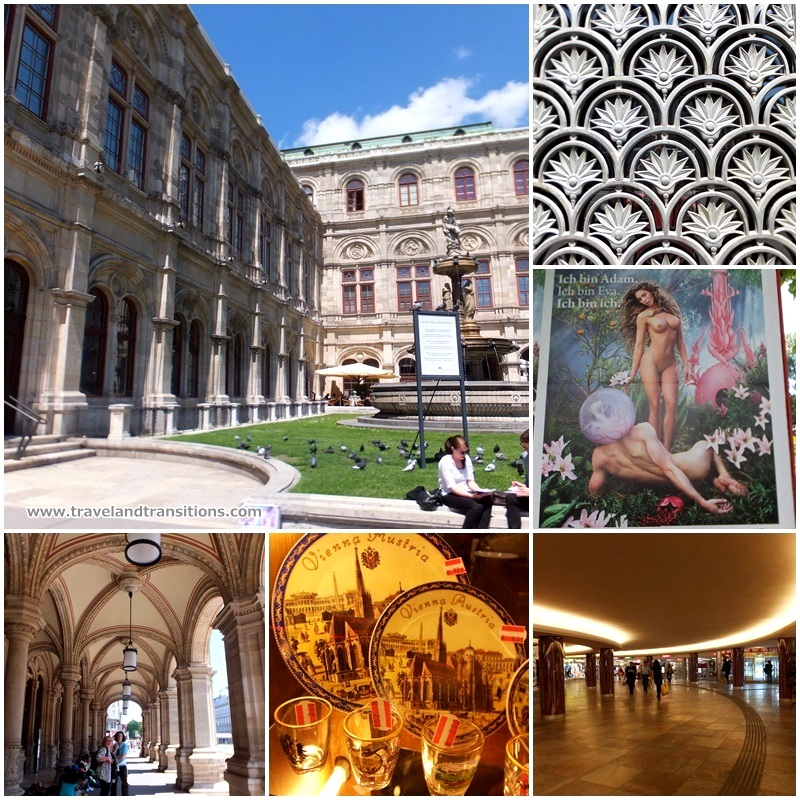 The Vienna State Opera and the underpass underneath the opera

By mid-afternoon I had arrived at the Prater, a large public park in Vienna that is also home to the “Wurstelprater”, a historic amusement park that dates back all the way to 1766 when Emperor Joseph II opened up former royal hunting grounds to the public. In addition to countless roller coasters, bumper cars, ghost rides, carousels, and shooting galleries, the most famous attraction in the Prater is the “Wiener Riesenrad”, a Ferris wheel that was constructed in 1897 and held the record of being the world’s tallest Ferris wheel from 1920 until 1985. Today, you can actually book one of the 15 gondolas for a private candle-lit dinner with a 3-course meal, champagne and a gift certificate for Swarovski crystals. 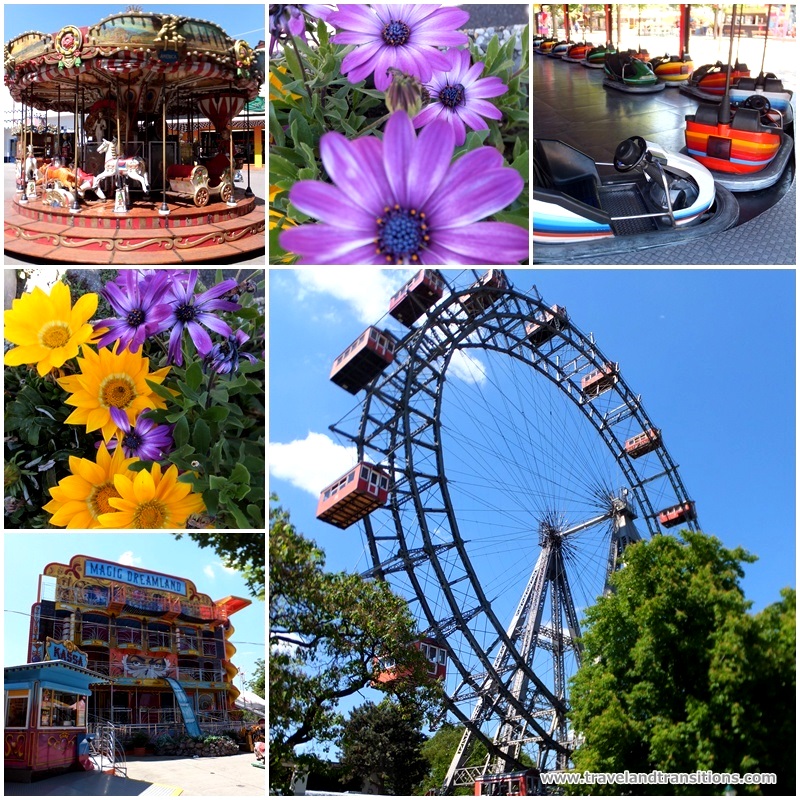 The Prater, Vienna’s amusement park, with the famous Riesenrad

Having taken in the sights in Vienna’s Prater amusement park I hopped on the tram to visit one of the city’s most famous destinations: the Belvedere complex which contains two castles. These opulent palaces were built in the early 1700s as a summer residence for Prince Eugene of Savoy who, as commander-in-chief, had just successfully defeated the Ottoman forces in a series of wars. Tourists can visit the Upper Belvedere, the Lower Belvedere and the impressive formal French-style gardens with fountains and cascades that connect the two palaces. Today, the Belvedere is home to the Austrian Gallery which also features an extensive permanent collection of art from fin-de-siècle Vienna. 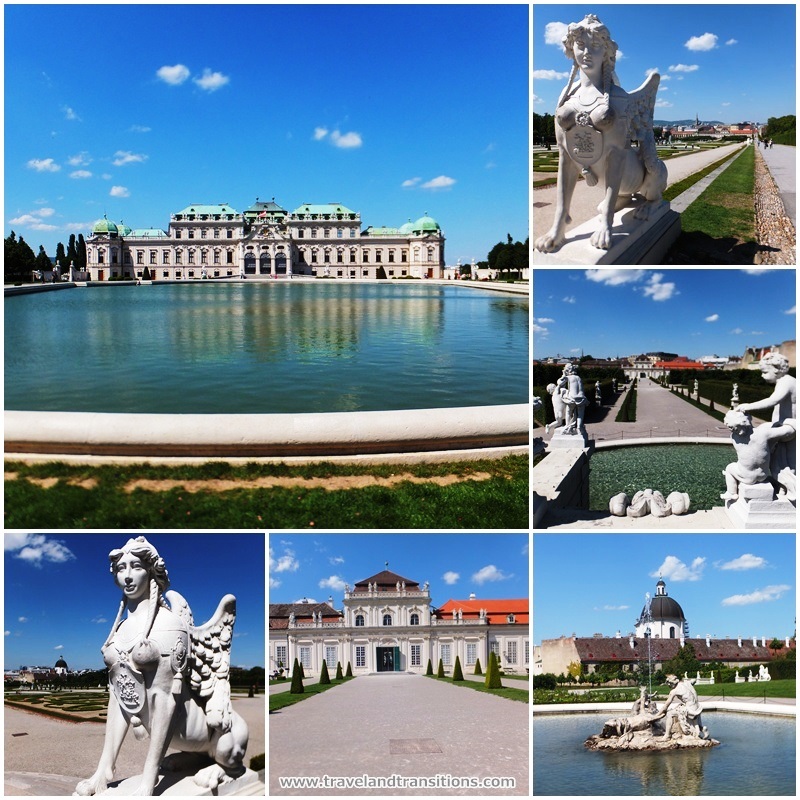 Two opulent castles at the Belveder, one of Vienna’s most visited sights

Continuing my explorations of Viennese palaces, I next visited Schloss Schönbrunn, the lavish summer palace of the Habsburg imperial family. This Rococo-era palace with its 1441 rooms has been a designated UNESCO World Heritage Site since 1996. The giant complex also encompasses an enchanting park with 32 sculptures, the Gloriette (a temple-like structure in an elevated location), Roman ruins that were actually built in the 1770s, a palm house, a maze and a zoo whose main attractions are four giant pandas. Visitors can participate in two different tours where they can either view 22 rooms on the Imperial Tour, or 40 rooms in the Grand Tour. Highlights include the apartments where Emperor Franz Joseph and Empress Elisabeth (Sissi) lived. 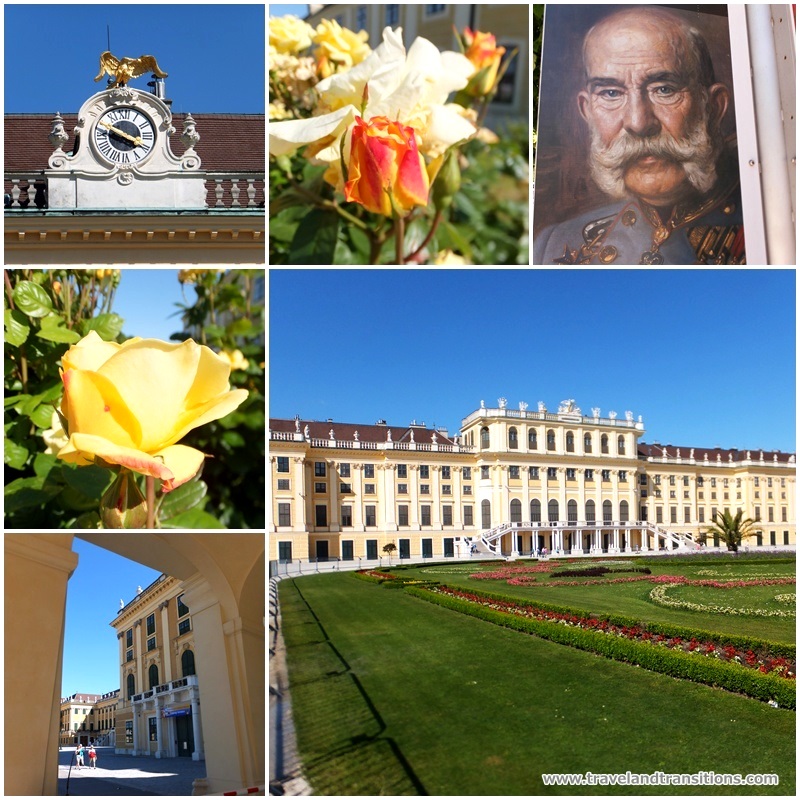 The Habsburg imperial palace of Schönbrunn

Vienna is embedded in a fertile wine-growing region and there are many villages surrounding the city where wine has been cultivated for centuries. Grinzing is one of these villages – once independent, it became part of Vienna in 1892 and can easily be reached from downtown. In the evening the three of us boarded a local streetcar and within less than half an hour we had reached on of Vienna’s most famous wine-growing communities. A typical Austrian wine-related tradition is the “Heuriger”, a wine tavern where the most recent year’s wines are served. Grinzing has many of these wine taverns where you can taste young wine – or fresh grape juice – and eat hearty Austrian culinary specialties such as rye bread with Liptauer spread (soft cheese flavoured with ground paprika), smoked sausages, pork roast, various types of salads and pickled vegetables. The atmosphere usually exudes “Gemütlichkeit”, the typically Austrian type of cheer and coziness. We enjoyed the background music that was provided by an accordion and a guitar player, a tradition at most Heuriger wine taverns. Listening to many of the old-fashioned Viennese songs that I remembered from my Austrian childhood we enjoyed a nice evening on the outdoor patio of Heuriger Hans Maly in the shadow of three giant chestnut trees that are more than 100 years old. 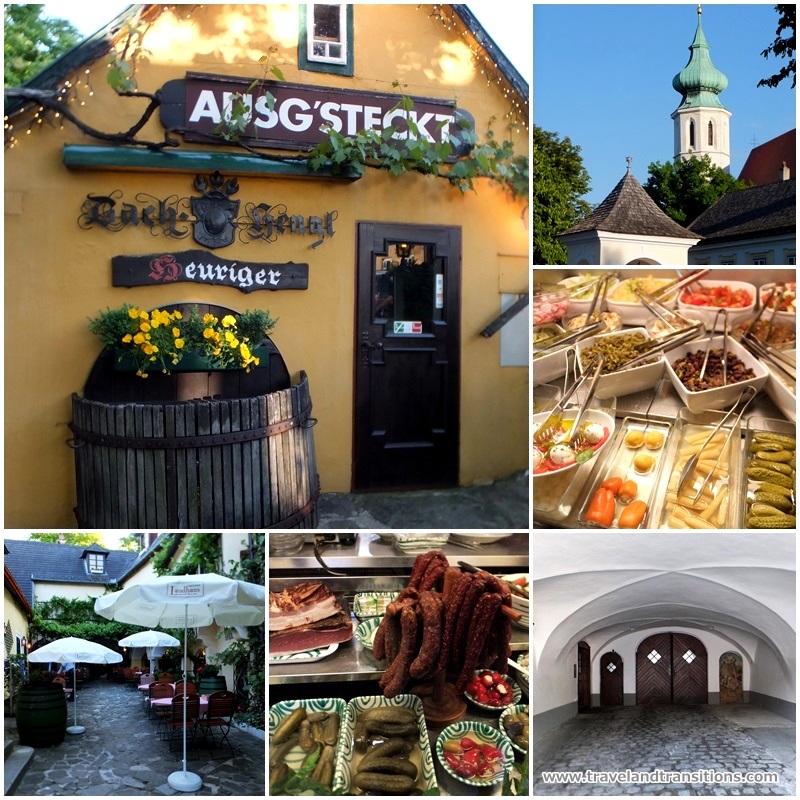