On a gorgeous May 6, 2012, my Krakow travel explorations by bicycle continued. Following our visit to the Royal Castle, my knowledgeable bicycle guide Monica and I continued our ride through Krakow’s Old Town. We cycled on historic Kanonicza Street past the Church of St. Andrew’s and the adjacent Church of Saints Peter and Paul. The Church of St. Andrew is the older of the two, built during the 13th century in the Romanesque style while the Church of Saints Peter and Paul is one of Poland’s most beautiful early Baroque churches.

Shortly after we arrived at the Jagellonian University which was established in 1364 AD and whose Collegium Maius dates back to the 14th century. It is the oldest university in Poland and the second oldest in Central Europe. Some of its most famous students include Nicolaus Copernicus and Pope John Paul II. 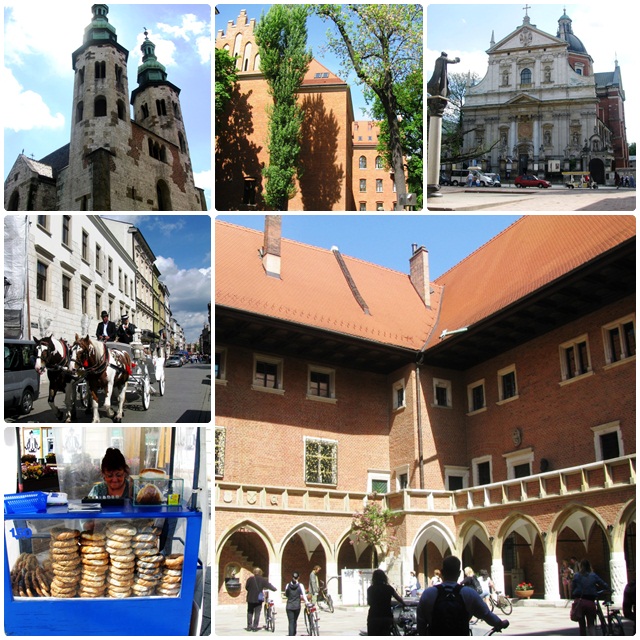 Monica and I stopped here and my guide educated me about the “Sonderaktion Krakau”, a Nazi operation against academics during World War II that took place at this university and others during the early stages of World War II. The Nazis had planned to eradicate the Polish intelligentsia and on November 6, 1939, 184 professors were rounded up and eventually transported to the Sachsenhausen and Dachau concentration camps.

As a result of an outcry by the Vatican and Benito Mussolini, 101 of these professors, all over the age of 40, were released although some of the captives had already passed away from the poor condition in the concentration camps. Karol Wojtyla, the future Pope John Paul II, was a student of one of these professors. Given its many decades under foreign domination, Poland’s history has some very tragic chapters. 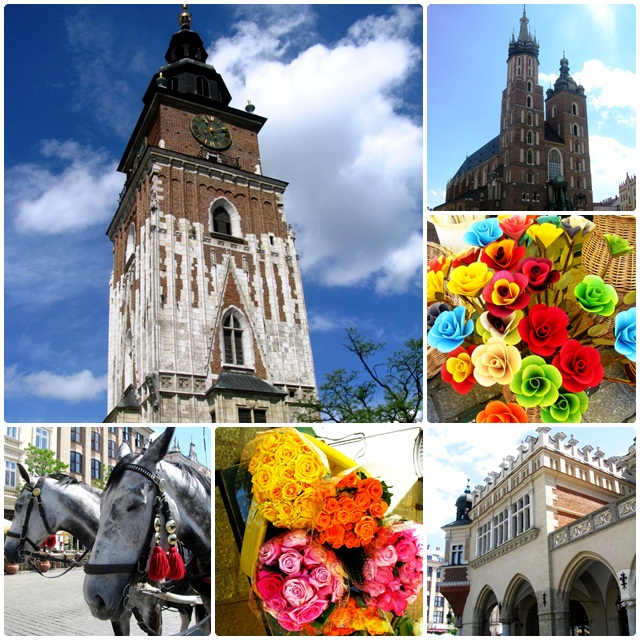 Then we reached Krakow’s Main Market Square (Rynek Główny) on our May 6 Krakow travel adventure. This magnificently preserved medieval square holds several impressive buildings: the Gothic St. Mary’s Basilica, the Renaissance-era Cloth Hall (which holds souvenir stands today) and the Town Hall Tower, remainder of Krakow’s Gothic Town Hall from the late 1200s. Measuring 40,000 m2 (or 430,000 square feet), this market square is the largest medieval square in Europe and a huge attraction for locals and visitors of Krakow, Poland.

We got off our bicycles and walked through the Cloth Hall which today is a market for all sorts of Polish souvenirs and handicrafts. You can find all sorts of merchandise there, from jewellery made of amber to dolls wearing traditional Polish dresses, souvenir t-shirts, artfully etched glass and colourful ceramics. 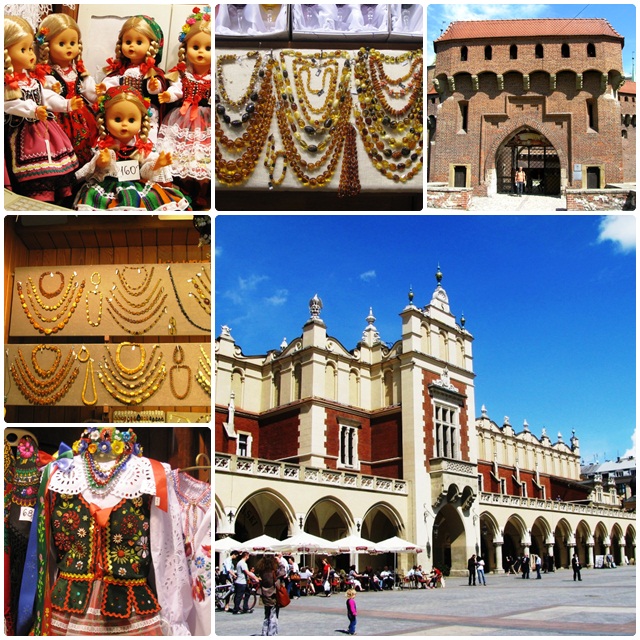 We continued our bicycle tour of Old Town Krakow past the busy Florian Street and through the 14th century St. Florian’s Gate to the Krakow Barbican, a historic fortified gateway into the city that was constructed in the late 1400s. This area is part of the Krakow Royal Route that the Polish kings used to pass through on their way to coronation in the Wawel Cathedral. The entire Old Town of Krakow is encircled by Planty Park, which was built in the early 19th century where the city’s medieval fortifications used to be. This scenic walkway with its 30 smaller gardens is a popular recreational area among Cracovian residents and it’s the perfect place to cycle.

The next step on our Krakow travel explorations was a visit to Kosciuszko Hill – one of Krakows’s most important national monuments.