In the morning of a brilliant April 28, 2013, my local host Nino Pezzullo embarked with me on another excursion on the outskirts of Naples. After a pleasant drive along the Mediterranean shorelines west of Naples we stopped in Marechiaro, a pretty fishing village that was immortalized in a romantic 19th century song that goes like this: “When the moon rises in Marechiaro, even the fish make love…”. Nino fondly recalled a few stories from his teenage years when Marechiaro was the place to go for a romantic date for all the local boys. 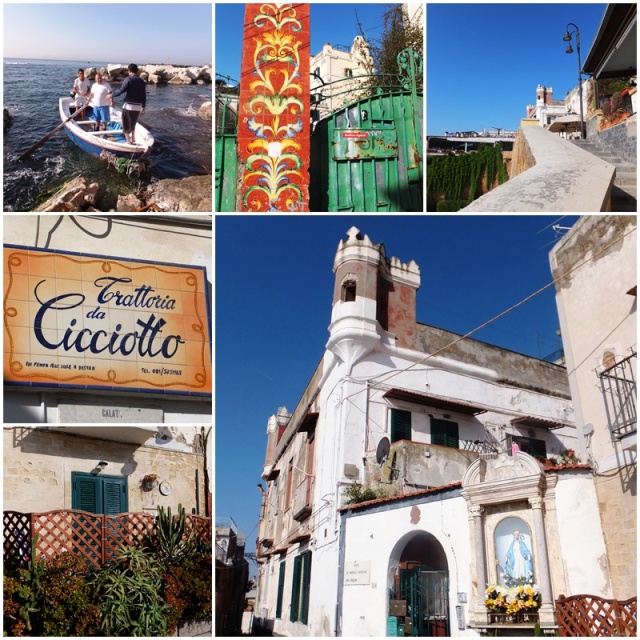 Then we continued our drive to Bagnoli, another one of Naples districts which is located on a gorgeous bay. Ideally suited as a seaside resort, Bagnoli was actually selected in the early 1900s as the location for a steel mill and other industrial plants. For an outsider, it is quite shocking that such a scenically stunning location could be selected as a location for heavy industry. After a long decline, the steel mill finally closed its doors in 1991 and parts of it were demolished although a big red behemoth and some smoke stacks are still left. In an effort to rehabilitate this area, the municipality has built the Citta della Scienza, (“Science City”) here, a science museum that also hosts various cultural events. The island of Nisida in front of Bagnoli was used as a prison by the British Army in WWII and since then it is a NATO naval headquarters as well as the location of a juvenile detention facility. It is truly surprising that such a scenic stretch of coastline would not be used for touristic purposes. 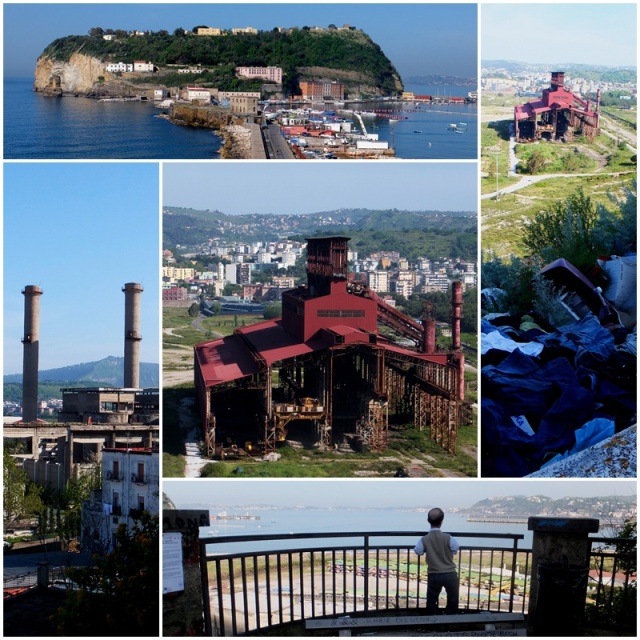 We continued our sightseeing tour in Pozzuoli, where we stopped at the Solfatara National Park, all part of the Campi Flegrei volcanic system. This area north of Naples has about 40 extinct volcanoes and one of its most visited places is the volcanic crater of Solfatara, which has a diameter of about 770 metres. Tourists can admire bubbling hot mud pools as well as areas where hot sulphur gases escape from the ground. Advanced measuring equipment records all sorts of data with regards to temperature, seismic activities and ground movements. Interpretive signs provide information about the volcanic phenomena at Solfatara. For anyone with an interest in geology, it’s a fascinating place to visit. 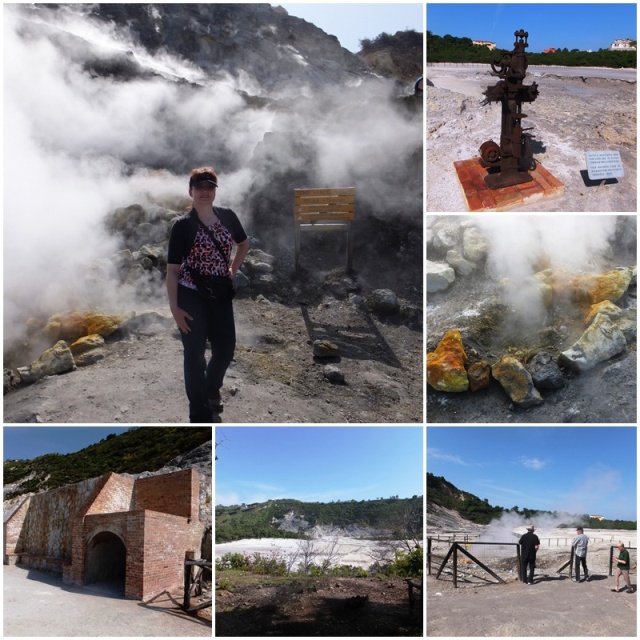 Volcanic action at the Campi Flegrei

Then we continued on towards the historic seaside towns of Baia and Miseno which also have a great scenic waterfront location. The coastline north of Naples has been inhabited for thousands of years and settlements by the ancient Greeks and Romans can still be visited. Baia was once the richest resort for the ancient Romans, and even emperors such as Julius Cesar, Augustus, Nero and Caligula frolicked in this town. Miseno was the base of one of the strongest Roman fleets. 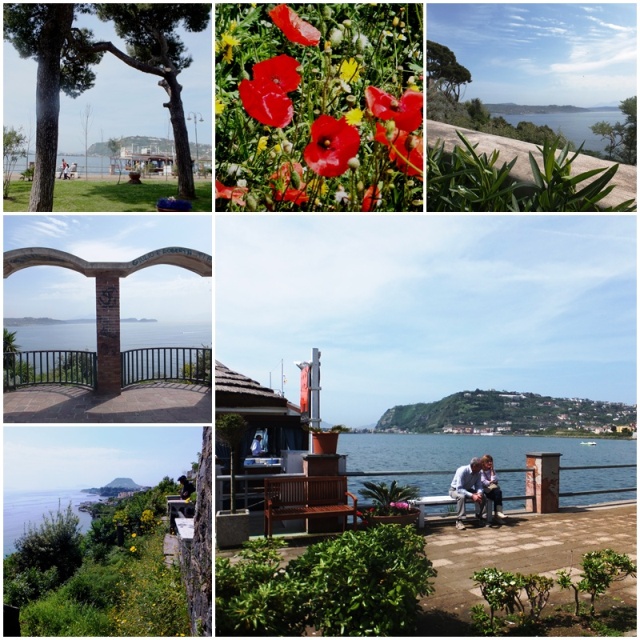 The pretty towns of Baia and Miseno

After our coastal excursion, local expert Nino and I returned back to his house for lunch. Nino regularly hosts guests from all over the world in his comfortable and modern 3-bedroom abode. We had lunch downstairs with his mother, his aunt and his son and enjoyed some fabulous Italian home cooking: a “risotto agli agrumi” (flavoured with citrus fruits) to start, then squid stuffed with prawns, followed by fresh forest strawberries that were topped off by a delicious home-made strawberry cream cake. The hospitality of Nino’s family is simply superb and I felt truly welcome as part of this Sunday family lunch. 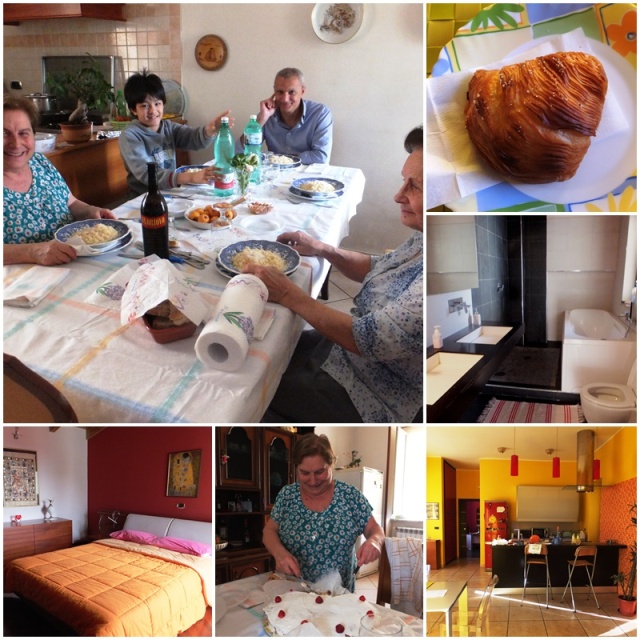 A fabulous lunch with Nino and his family

Following a brief rest in the afternoon, Nino, his son Pasquale and I drove to Caserta, a historic town north of Naples that is the location of the “Reggia di Caserta”, the Royal Palace of the Bourbon kings. We started our visit by exploring the formal garden of the castle. The Baroque garden is centered along a 3 kilometer (2 mile) long axis with basins, fountains and sculptures that stretches all the way up the mountain and provides a great view of the castle. 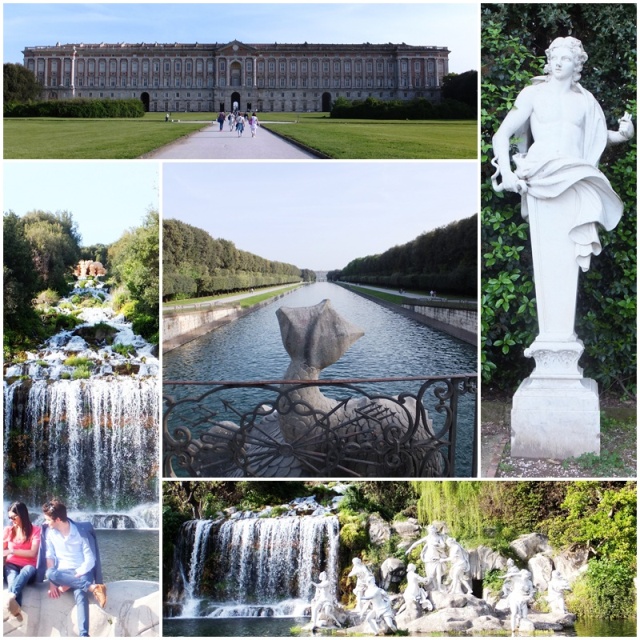 The Baroque garden at the Royal Castle of Caserta

Towards the end of the afternoon we visited the Royal Castle of Caserta. Today a UNESCO World Heritage Site, construction of this massive castle started in 1751 under the Bourbon King Charles V of Sicily. The design of the castle was influenced by Versailles and the grandness of this royal residence is evidenced by its more than 1200 rooms and 1970 windows. The interior is anchored by an impressive marble staircase and the ceremonial rooms upstairs with their lavish decoration can be visited as well. 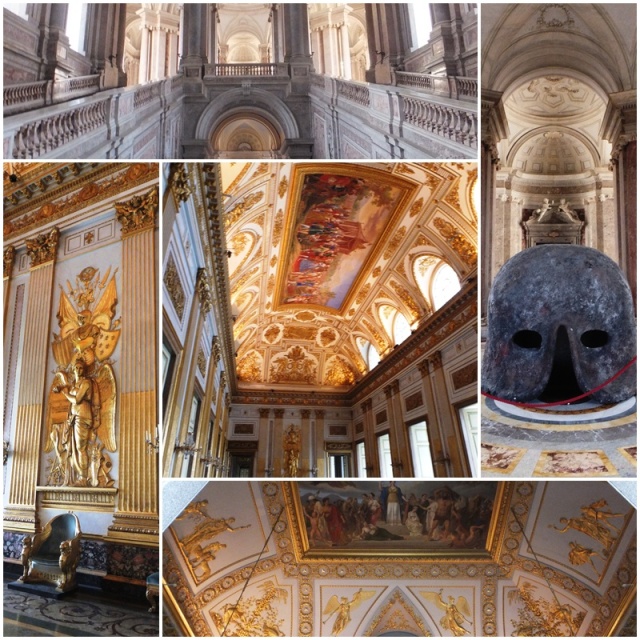 The amazing state rooms at the Reggia di Caserta

In the eastern wing of the royal castle, a library and an extensive collection of paintings round out the sights at the “Reggia di Caserta”. It is one of the most impressive castles anywhere. The visit to Caserta concluded my sightseeing tour with Nino and my time in Naples. It was amazing how much of Naples and the surrounding area I had seen in just two days, thanks to my local expert Nino Pezzullo. The Italian portion of my 2013 Europe trip had come to end and it was now time to look forward to nine days in Austria, my native country. 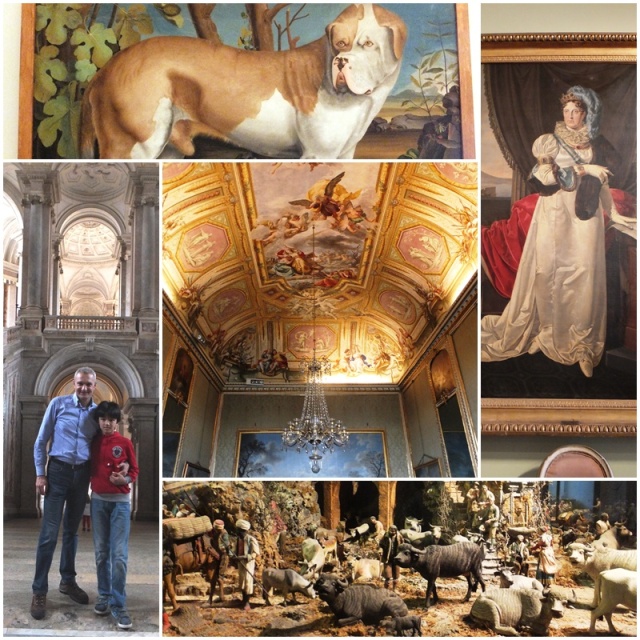