Local host Nino Pezzullo and I continued our walking tour of Naples on April 27, 2013 with a visit to the Galleria Umberto I, an impressive shopping gallery that was built between 1887 and 1891. What makes this shopping venue special is its cross-shaped glass dome and a floor with intricately designed marble tiles featuring the signs of the zodiac. Galleria Umberto holds a large number of shops and cafes as well as apartments on the third floor. It is located right next to the historic Teatro di San Carlo, the famous opera house of Naples and one of the oldest opera houses in the world; it opened in November of 1737, four decades before Milan’s La Scala, and quickly became one of the most important musical performance venues in the world. 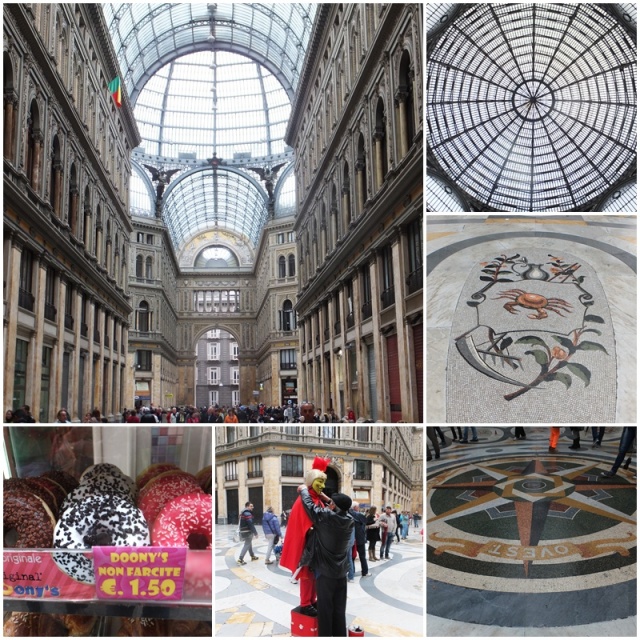 The Gran Caffe Gambrinus is located next to the famous Piazza del Plebiscito in Naples and opened its doors in 1860. Many of Naples’ writers, painters and politicians used to patronize this storied place and people like Oscar Wilde and Guy de Maupassant used to frequent it as well. Today, the Gran Caffe Cambrinus is still a popular place for locals and tourists to see and be seen. Showcasing the typical Neapolitan Liberty style, a version of Italian Art Nouveau, this grand café was decorated by some of Naples’ most important artists. This literary café tempts with its sumptuous cakes, sweets and ice creams. 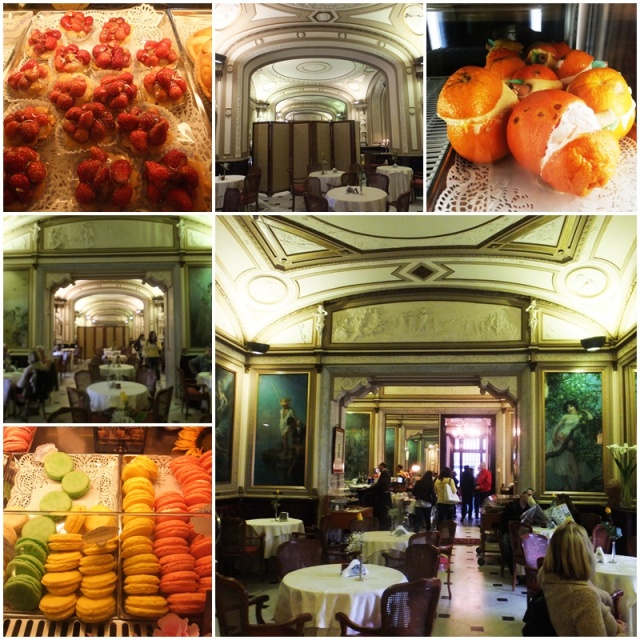 We then stopped on the huge Piazza del Plebiscito, one of the largest squares in Naples which is anchored by the Royal Palace on the east side and the impressive round Basilica di San Francesco di Paola on the west side. Despite the rainy weather, a just married couple was taking photos on this famous square.  The Royal Castle of Naples was one of four royal residences when the Bourbon dynasty ruled Naples during the Kingdom of Two Sicilies between 1730 and 1860. 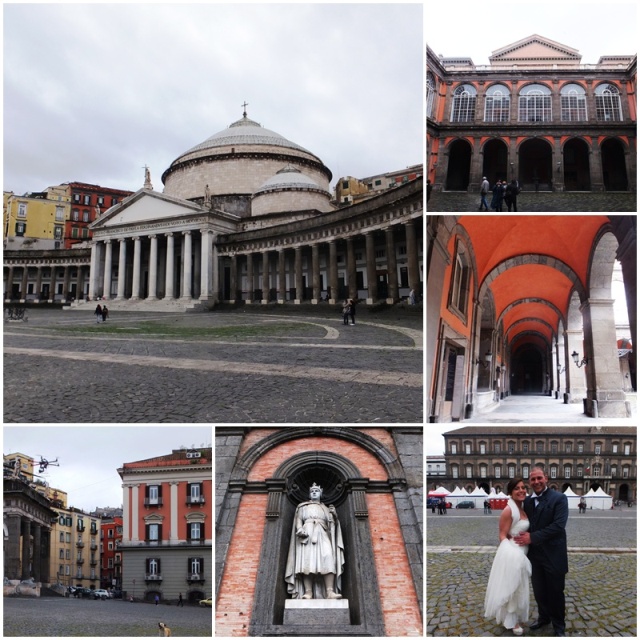 From the Royal Castle we walked to the water’s edge and strolled along the Lungomare, Naples’ waterfront promenade. Local expert Nino showed me the amazing views from here: Mount Vesuvius beckons in the distance; across the Bay of Naples you can see the cliffs of Sorrento and the islands of Capri and Ischia. From this one spot, three castles can be seen as well: the Castel Nuovo, the Castel dell’Ovo and the Castel Sant’Elmo).

During our walk along the Lungomare of Naples, we stopped in at the Castel dell’Ovo, the city’s most famous castle. Built on the small island of Megaride, there was already a Roman settlement here in the first century AD. The foundations of the current castle were laid in the 12th century by the Normans and the castle played a strategic role in guarding the entrance to the waterfront of Naples. A small fishing village called Borgo Marinaro with several restaurants is located on the eastern wall of the castle. The view from the top is phenomenal. 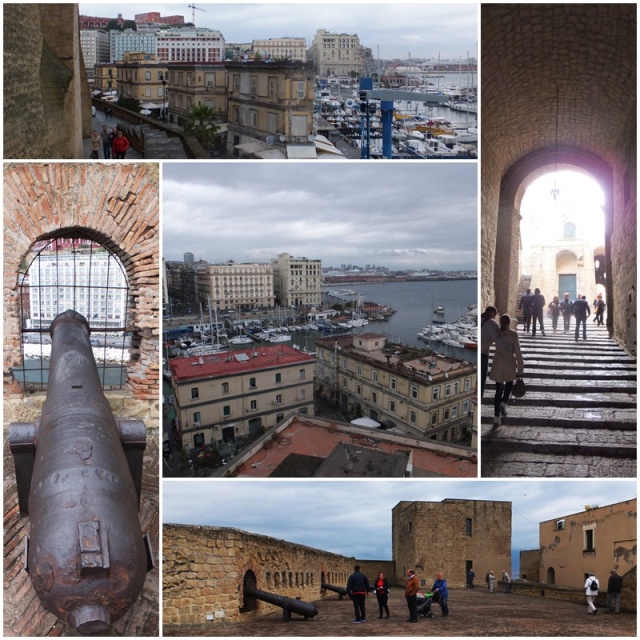 The western Lungomare of Naples features the Villa Comunale, a longitudinal park along the waterfront that was originally designed for the Bourbon kings. The park features many palm, pine and eucalyptus trees and an impressive assortment of sculptures that were created in the 19th and early 20th centuries. It is also home to the Stazione Zoologica, Europe’s oldest aquarium, which features more than 200 species of marine animals and plants from the Bay of Naples. 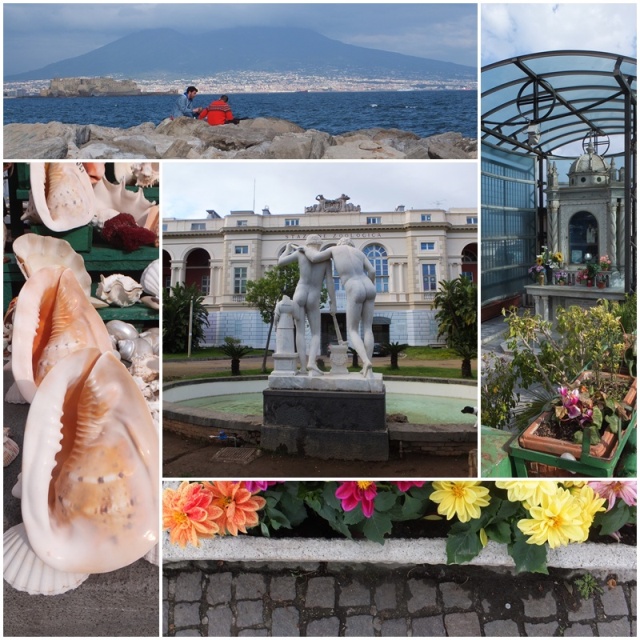 The western Lungomare of Naples

West of the Villa Communale we stopped for a bit to have a drink before we headed east again for our evening program: a stroll through the lively Chiaia area and a guided tour of the Tunel Borbonico, part of Naples’ underground network.