On April 27, 2013 I left Sorrento on the very crowded Circumvesuviana Train and arrived in Naples in the rain in the late morning. During my stay in Southern Italy I had noticed several times already that public transit seems to be seriously underfunded and overcrowded, which has the side effect of turning some of the riders into rather grumpy passengers. I felt a bit bad with my huge suitcase and my backpack, which I had stashed between my knees, that the seat across from me could not be taken, but there was really no other place to put the luggage. At any rate, the ride through the gritty suburbs of Naples was an interesting experience. 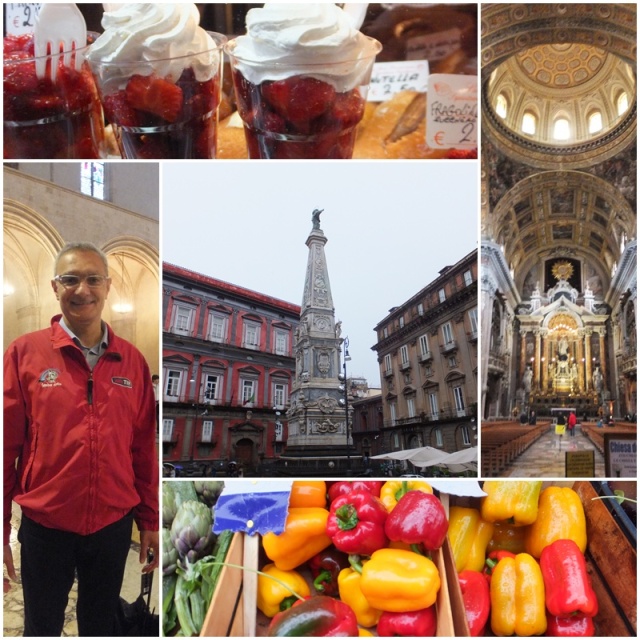 For my last two days in Italy I had booked two nights with local host Nino Pezzullo, a travel agent with a modern three-bedroom home who often hosts international travelers. Nino had promised that he was going to show me around his home town of Naples, and sure enough, at 11 am he was already waiting for me at the train station and picked me up for a full day of sightseeing. We started in the historic centre of Naples, the Decumani area with its three major east-west streets, where we began our tour with a visit to two historic churches: Chiesa San Domenico Maggiore and Chiesa di Santa Chiara, both in the historic “Spaccanapoli” area, located along the long and narrow street that cuts across the old centre of Naples, a city that is an absolute treasure trove of historic architecture.

The weather wasn’t great and fluctuated between outright rain and drizzling, but it was still an exciting experience to explore Naples, a city I had heard so much about. Around noon we walked in the rain to the famous Pizzeria Da Michele, a family-owned business since 1870, where you can get “the best pizza in the world”. Even Julia Roberts has eaten pizza here in the film “Eat, Pray, Love”. After waiting for close to an hour outside in the drizzle until our number got called, we managed to get inside and had a chance to enjoy the famous Pizza Margherita, named after an Italian Queen. The red, green and white ingredients (tomatoes, basil and mozzarella) are the colours of the Italian flag and this pizza is truly a part of Neapolitan heritage. 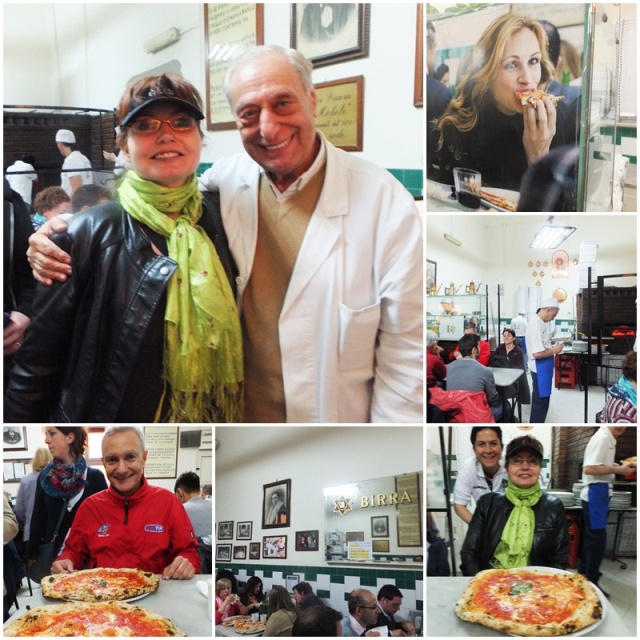 After our pizza lunch we walked back into the historic center of Naples, and even witnessed an accident between a parked Smart car and an inattentive scooter driver. With all the cars and the speedy Vespa riders everywhere, I was actually surprised to not see more accidents on the road. The Smart Car was pretty banged up already, so it really didn’t make a huge difference that this scooter created a few extra scratches on the vehicle. With all his shopping strewn about in the street, the scooter rider simply brushed himself off, picked up his groceries and drove off on an even more banged-up Vespa. That’s life in Southern Italy… 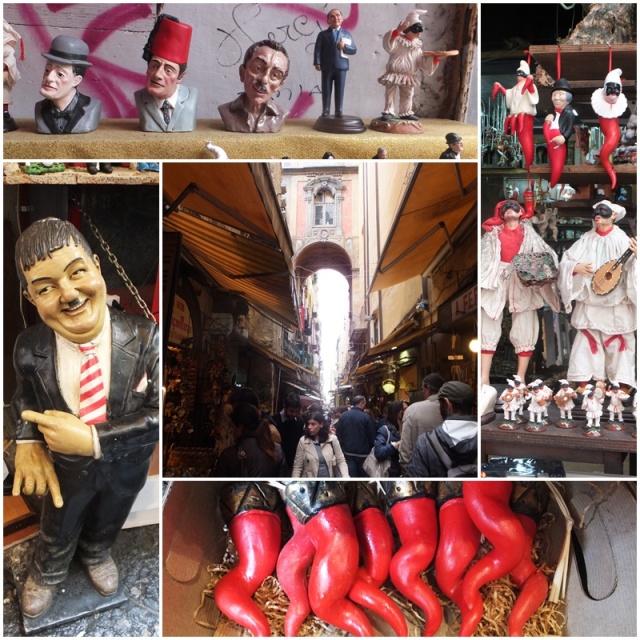 We strolled towards the famous Duomo, the cathedral of Naples, but it was closed, so we continued along the Via Tribunali and visited several other churches. On the narrow Via San Gregorio Armeneo I admired the many typical Neapolitan souvenirs for sale: you can see many figurines of Pulcinella, a classical character of Neapolitan puppetry that originated in the Commedia dell’Arte. Other recurring souvenir themes include the “corno” or red horn – a local symbol of luck, as well as the many “pastori” : handcrafted nativity scenes with many hundreds of years of tradition. On the Piazza Dante we stopped in the famous Bar Mexico for a creamy, authentically Neapolitan espresso which stood out due to its creamy texture. The next stop on our Naples sightseeing tour was going to be the Galleria Umberto, the famous historic shopping gallery that was built in the late 1800s. 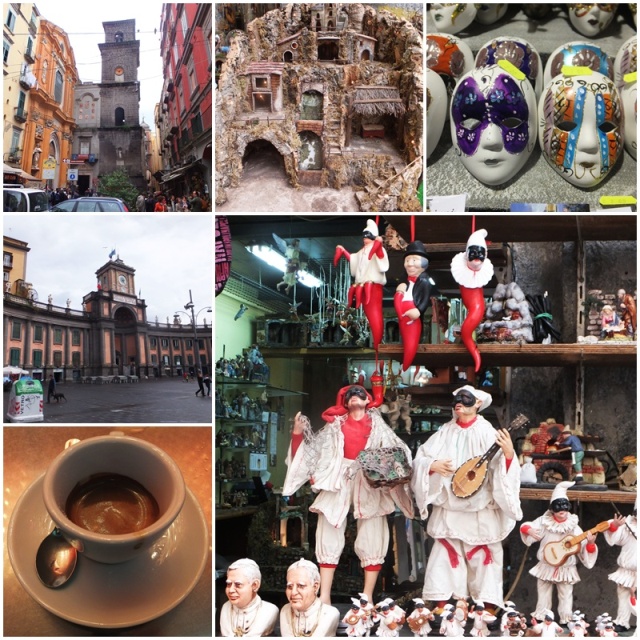 Impressions of Via Tribunali and Piazza Dante