As big tennis fans, we went on our annual trip to New York City to watch the US Open and on August 25, 2012 we stopped over in the city of Ithaca in the Finger Lakes, a town most famous as the home of Cornell University. Our favourite route to travel to New York City from Toronto is via Kingston and Gananoque, Ontario as there is hardly any traffic and the waits at the border crossings are minimal. It took just about 7 hours to get to our destination for the next two days.

The Finger Lakes are among the most popular vacation destinations in New York State. Located in Upstate New York, the region is made up of 11 lakes that were all gouged out by the receding glaciers after the last ice age. The most well known lakes are Seneca Lake, Keuka Lake, Canandaigua Lake and Cayuga Lake. 10 of the lakes have a north-south orientation while Oneida Lake farthest east stretches in an east-westerly direction. The cities of Buffalo, Rochester and Syracuse are close by, so this vacation region is easy to reach.

As the largest wine producing region in the state of New York, there are more than a hundred wineries that dot the pleasantly rolling landscape. There are also many apple orchards, particularly in the western portion of the region. 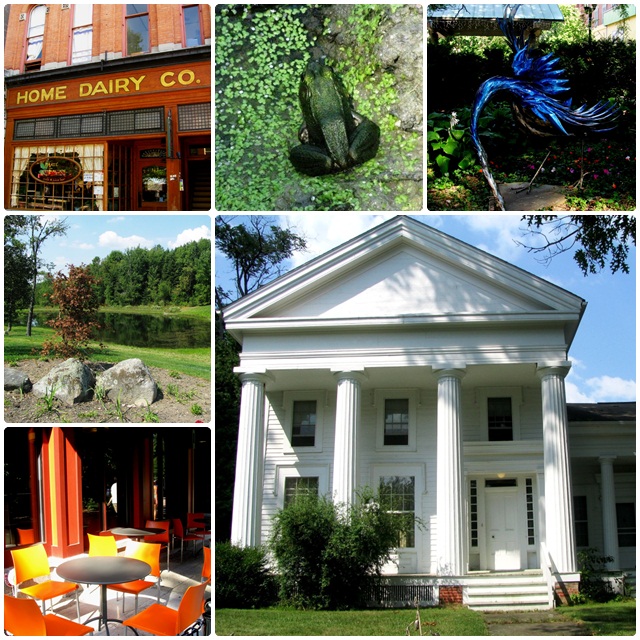 Ithaca in the Finger Lakes

Located at the southern end of Cayuga Lake, Ithaca was going to be our home for the next couple of days before we moved on to New York City. This city of about 30,000 people has a pleasant Victorian-era downtown, a result of Ithaca’s growth during the 1800s when major railroads were built throughout the area. The founding of Cornell University and Ithaca College, in 1865 and 1870 respectively, also contributed to Ithaca’s expansion and made it an important hub in the central Finger Lakes region.

We had booked a room via Airbnb, but once we got to the actual address, the neighbourhood seemed rather rough around the edges, so we decided not to stay there. Instead, we booked a downtown hotel for one night and then spent one more night in an alternate Airbnb accommodation that we had found on short notice. We ended up staying just outside the town in the countryside in a gorgeous, if somewhat run down historic mansion from the early 1800s. It was a good home base to explore the region from. 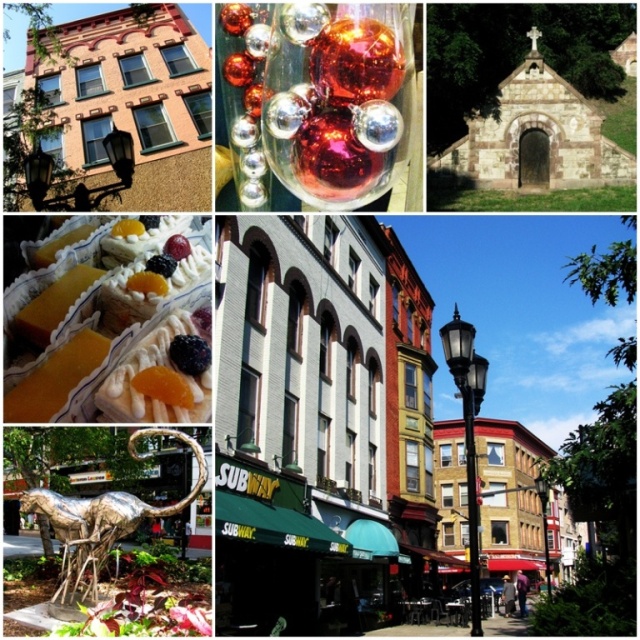 Ithaca in the Finger Lakes

On our first day we went golfing outside of town at Hillendale Golf Course, one of the area’s affordable golf courses. While my husband watched football, I headed into town and decided to rent a bicycle and started to explore the city on two wheels. I rode through the historic downtown up the hill to Lake View Cemetery where I admired some very impressive tombs. Then I came down the hill and grabbed a very late lunch at a lovely bakery called Collegetown Bagels, where I watched the action on the street from the outdoor patio.

In the evening we headed out again, and after dinner we enjoyed a relaxing stroll through Ithaca Commons, an outdoor pedestrian mall that covers two blocks of late 19th century buildings right in the heart of downtown Ithaca.  It features a variety of shops, galleries and restaurants and provides a pleasant traffic-free environment with benches to sit down and cobble-stoned streets. Ithaca Commons has lots of impressive public art and sculptures. On this warm evening, we strolled past a few musicians playing the guitar; Ithaca Commons also hosts various festivals and organized musical performances throughout the year.

A bit tired from our 7 hour drive we retreated to our country estate and got ready for another day in the Finger Lakes for which I had planned a visit to Cornell University.