On August 29, 2012 I embarked on a full day of explorations in New York City and planned to start my day with a visit to the Chelsea Market in Manhattan. We had already spent two days at the US Open, one of the four Grand Slam tennis tournaments that attracts world class tennis players to the Big Apple every year. For avid tennis fans like us, it’s an amazing experience to see top-notch tennis going on at the same time on 17 courts. It’s a true smorgasboard of competition and athleticism (and grunting noises, in some cases…)

But this was my last day in New York City and I needed to do some sightseeing. After a 40 minute subway ride from Queens I hopped off in the Chelsea area of Manhattan. This area started to get settled in the second half of the 19th century. By 1847, freight railroads were running through this neighbourhood, parallel to the Hudson River. Many different industries located here, including large factories that produced turpentine and coal gas. Many Irish immigrants that were fleeing from the tragic potato famine in their country found their first jobs in this neighbourhood. In the late 1800s, many tenements and residential buildings were constructed. 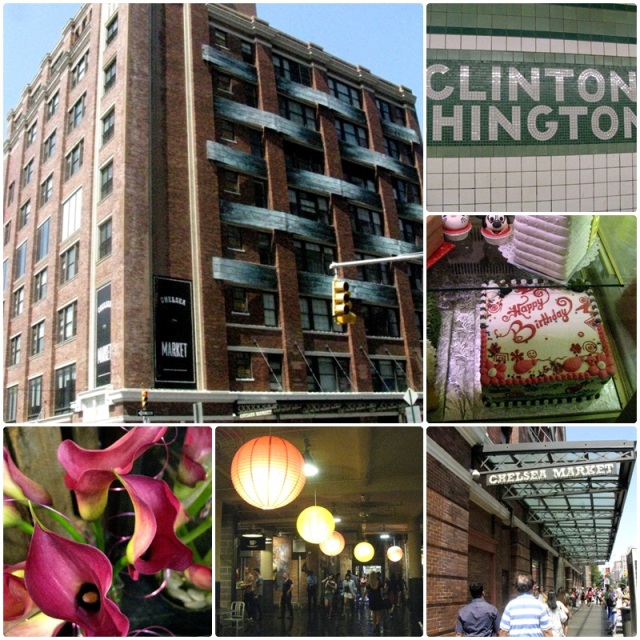 Around the same time Chelsea developed into a theatre district and even some early movies, even some featuring Mary Pickford, were shot here. In 1930, one of the world’s largest apartment blocks was built here, the London Terrace. In the 1960s various housing complexes were developed and today many of the older high-rise buildings are being converted into condominiums. Chelsea also has a large number of gay and lesbian residents, many of whom live in many of the converted loft buildings. Many of the renovated former warehouses on the west side of Chelsea today are home to art galleries and studios, and the Chelsea Art Museum is a popular destination for contemporary art lovers.

As it was getting close to noon time, I was looking for a place for lunch and I headed for the Chelsea Market, a really cool market building that is located in the former Nabisco factory where the Oreo cookie was invented and produced. From the 1890s onwards, a complex of 22 buildings was created by the National Biscuit Company to produce a wide range of baked goods. This lasted until the late 1950s when the company’s manufacturing operations moved to New Jersey. 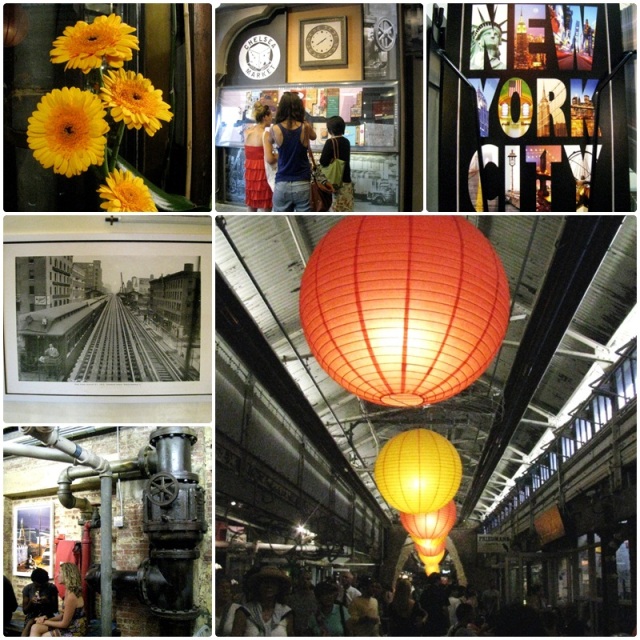 The area was declining until it was bought in the 1990s and revived to hold retail and commercial tenants. Today, the complex houses various retail stores and fashion boutiques as well as a large number of food outlets in their food court. The upper floors are mostly taken up by emerging technology companies. The Chelsea Market is housed in a unique building with lots of interesting history, but for travellers it also offers a great variety of food choices at inexpensive prices.

The Chelsea Market is centered around a long corridor with retail stores on either side that stretches an entire city block from 9th to 10 Avenue. I walked through the building and checked out the various food places which include retailers such as Amy’s Bread, Bar Suzette, Buon Italia, the Chelsea Wine Vault, the Fat Witch Bakery, Friedman’s Lunch, Sarabeth’s Kitchen and others more. The Chelsea Market is also home to kitchen supply stores, flower shops, seafood and fruit stores. I decided on a nice big cup of soup from Hale and Hearty Soups, and for some reason I couldn’t help but think about the Seinfeld episode with the Soup Nazi. For tourists, the Chelsea Market is definitely a great place to pick up quick, tasty and reasonably priced food.

I grabbed my soup and went upstairs to the terrace on the second floor that is part of the High Line, a former elevated freight railway that has been turned into an urban oasis, or a “park on stilts”, as I like to call it. The High Line was next on my list of New York travel adventures.