New York City Explorations: the 2015 Us Open and A Walk on 8th Street

New York City is of course home to the US Open, one of the tennis world’s four Grand Slams. As huge tennis fans, we took the famous 7 Train out to Flushing Meadows and entered the Billie Jean King National Tennis Center. On our first day at the 2015 US Open we were greeted with beautiful sunshine and got to see some of the world elite of tennis. Serena Williams, hunting for her 22nd Grand Slam title, was practicing her powerful serve while her sister Venus was ready to take on Italian Irina Falconi at Arthur Ashe Stadium. Taking in tennis on many of the 17 courts on the premises, we got to experience two days packed full of high-quality tennis. 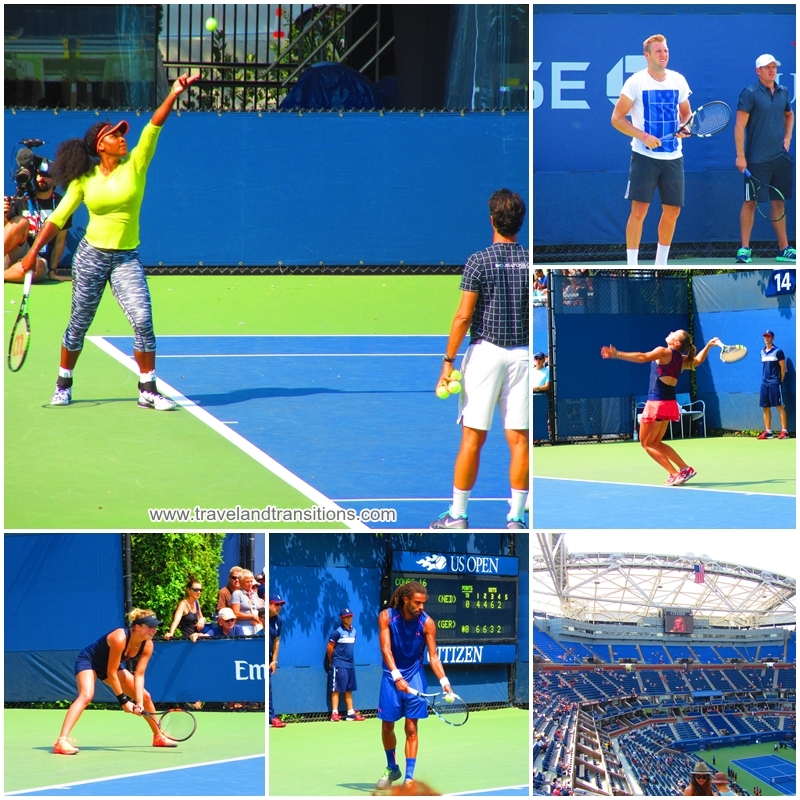 Serena Williams at the 2015 US Open

The next day we had breakfast at the Tost Café in Long Island City. New York City is famous for its inexpensive diners. This busy place offers everything from egg dishes to breakfast burritos, a large selection of omelettes, pancakes, oatmeal, Greek Yogurt and bagels. They also serve a wide range of salads, wraps, burgers and Panini sandwiches, and all at very reasonable prices. 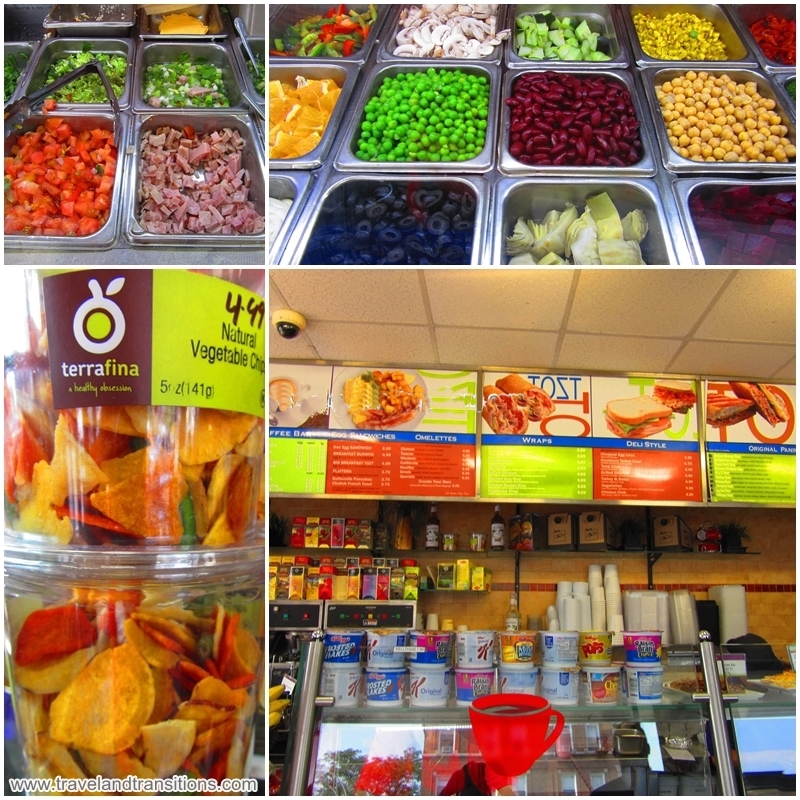 A short subway ride after breakfast we arrived at Eighth Avenue in Manhattan. This north-south New York thoroughfare starts in the West Village and continues all the way up to Central Park where it enters into Columbus Circle and becomes Central Park West. The Hearst Tower with its shiny blue glass facades and its zigzag lines is a major landmark and houses the world headquarters of the Heart Corporation, publishers of Cosmopolitan, Esquire, Harper’s Bazaar, Good Housekeeping and other well known magazines. 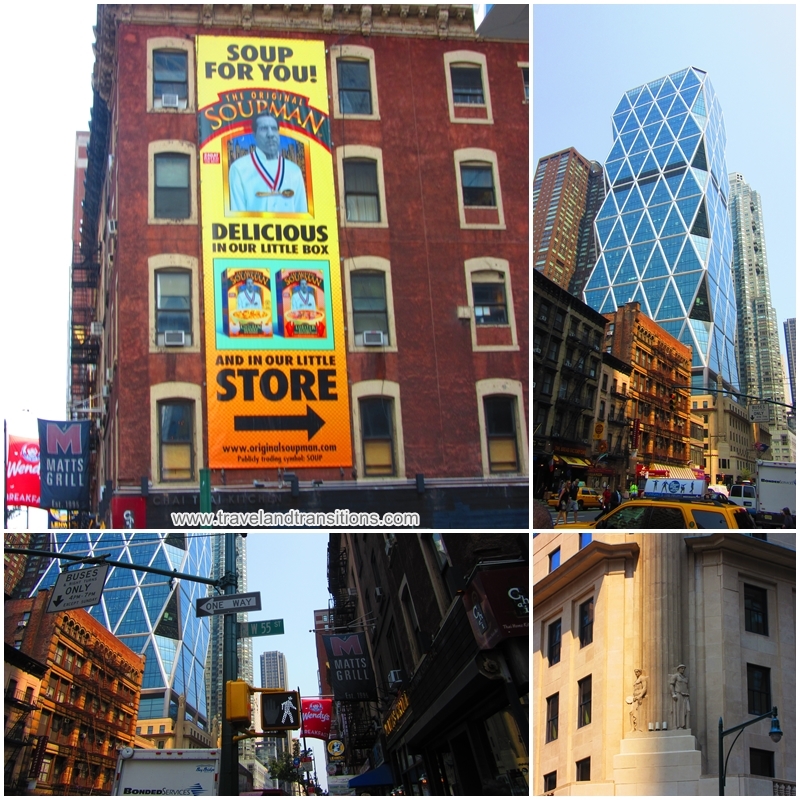 Columbus Circle is a traffic circle at the southwest corner of Central Park in Manhattan. This is where Eight Avenue, Broadway, Central Park South (West 59th Street) and Central Park West come together. At the centre of the circle is a marble statue of Christopher Columbus that was created in 1892 by Italian sculptor Gaetano Russo. The entrance to Central Park is marked by another huge monument: the USS Maine National Monument, which was dedicated in 1913 to commemorate the men that were killed aboard the USS Maine, a ship that exploded in the harbour of Havana. The Time Warner Building on the west side of the circle and the Trump International Hotel and Tower on the north side are some of the architectural landmarks at Columbus Circle. 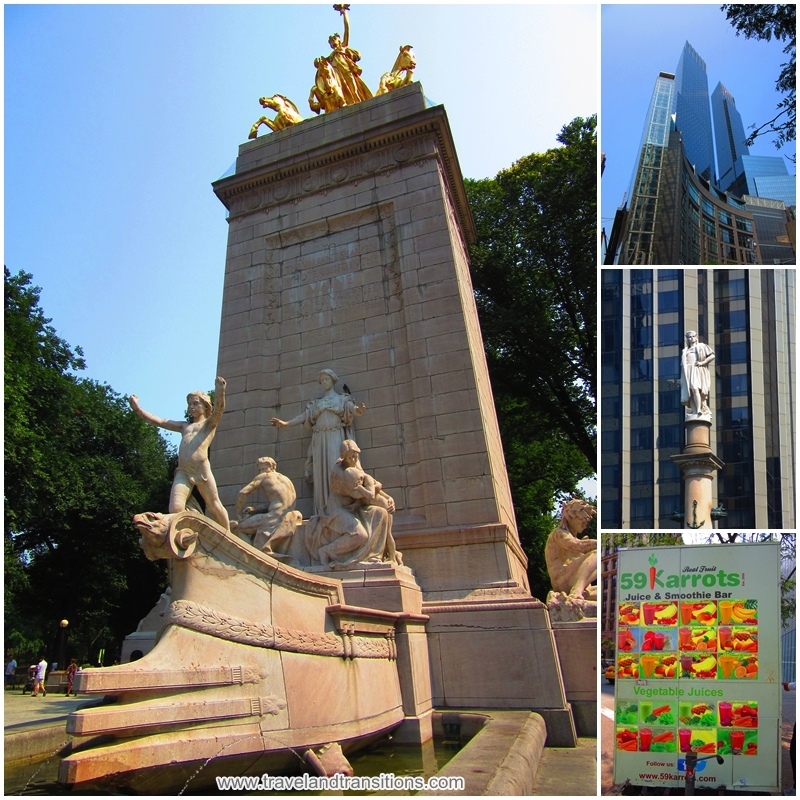 Columbus Circle, at the southwestern end of Central Park

During our visits to New York City we always make a point of visiting Central Park. This time we entered it from Columbus Circle on the park’s southwest side where the NYPD had parked a Medical Operations vehicle and street vendors with their colourful carts were feeding tourists and locals. This most famous park in North America is such a magnificently designed space that every time I go there I see something new. It was a very picturesque walk to the Central Park Tennis Center where almost all the courts were open in the late morning. As we were waiting for our court time to start we ran into some of the locals who we had met here in previous years. It’s strange how in such a huge metropolis one can start to feel like a local. In the afternoon we split up and as a garden lover, I headed north to the Bronx, to visit the New York Botanical Garden. 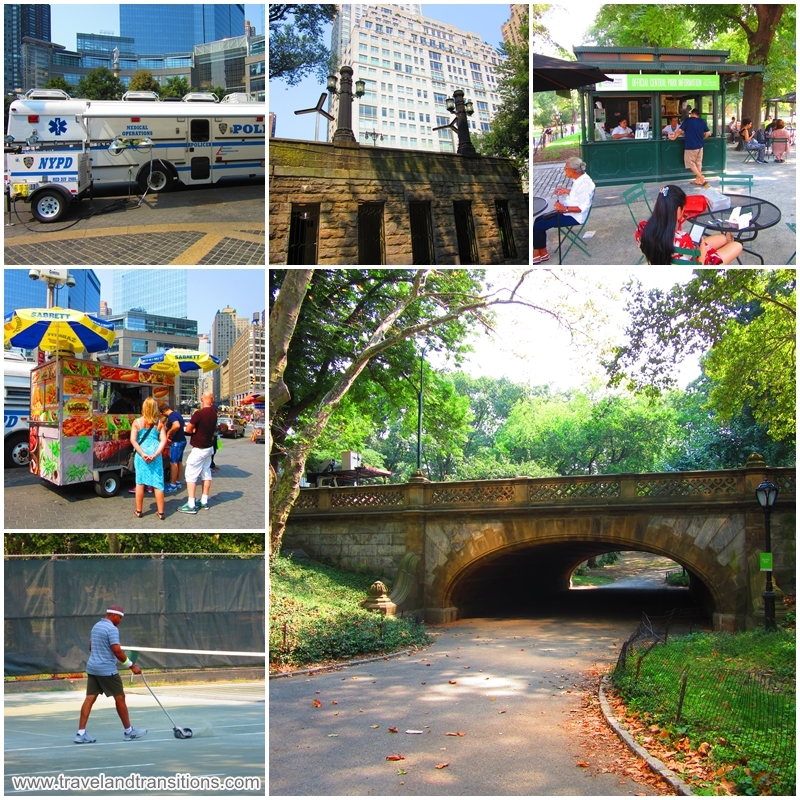 Central Park is a must-see every time I visit New York City.